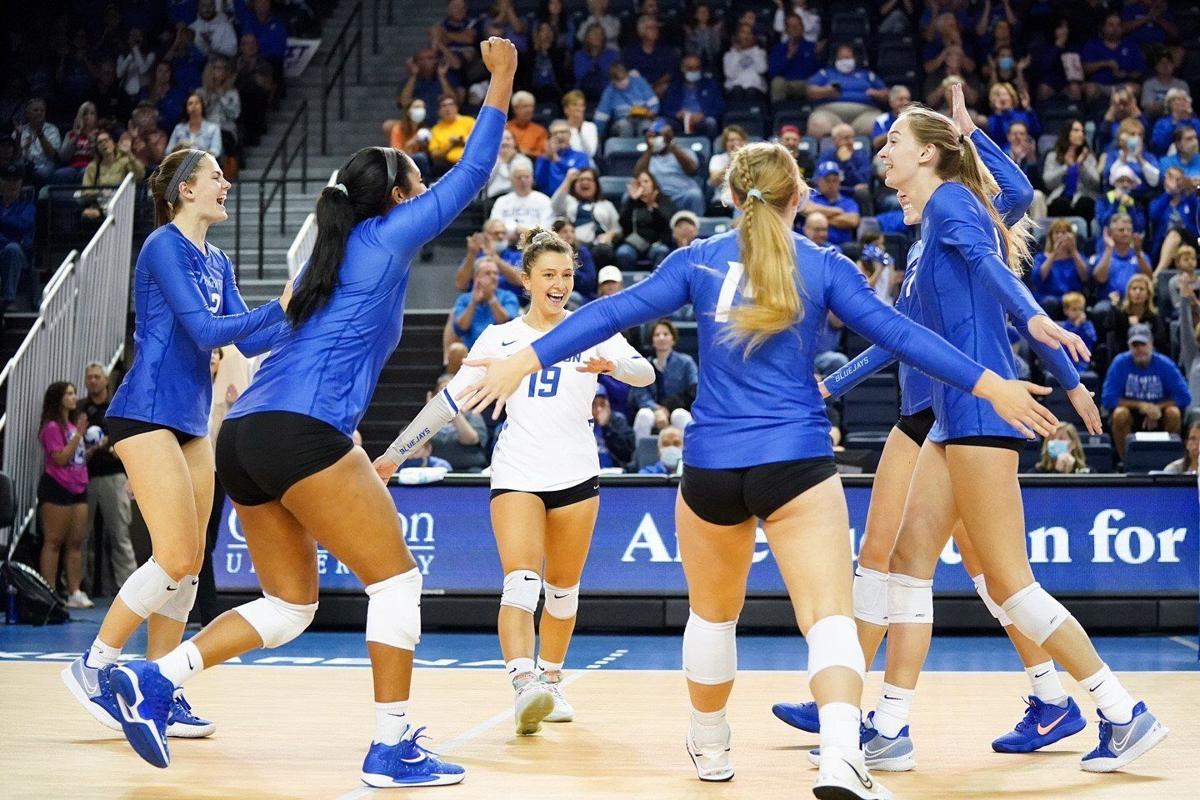 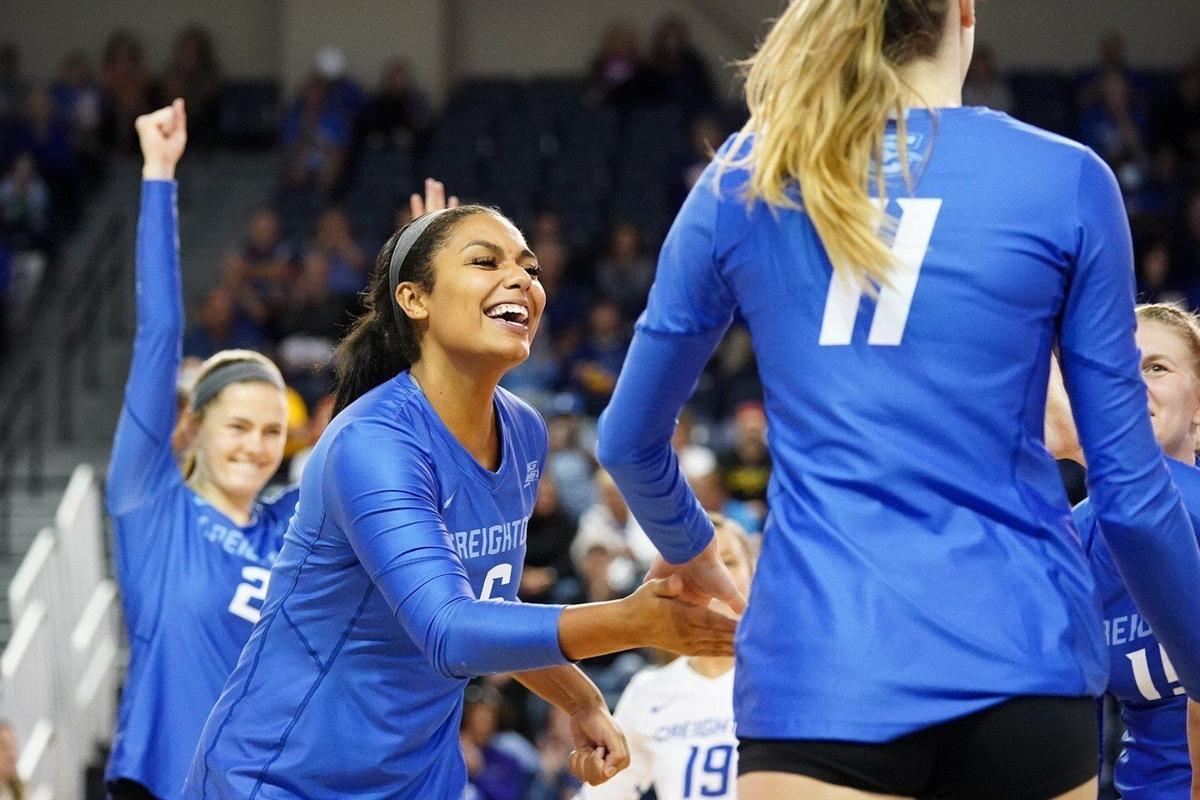 Creighton celebrates a point during its win over Marquette on Sunday.

Creighton's players huddled together on the bench after dropping the third set, and the message was clear.

The Jays (17-2, 5-1) jumped out to a 2-0 lead in their Sunday showdown with Marquette because they had been smashing the ball all over the D.J. Sokol Arena court. They recorded a .368 hitting percentage at the break. Three players already had at least seven kills.

That's when CU refocused. And the Jays won the match with ease because of it.

Creighton volleyball rallies in each set to sweep DePaul

No. 19 Creighton opened the fourth game with eight kills on its first 12 swings and finished the set with nine empathetic kills during a decisive 9-2 spurt. The 25-20, 28-26, 19-25, 25-16 victory pulled CU even with Marquette atop the Big East standings.

"I don't really think we lost aggressiveness, but you could tell we lost some confidence a little bit," senior Jaela Zimmerman said. "We just talked about staying aggressive and playing our game."

The Jays finished with a .316 hitting percentage, their second-highest mark of the season and their best in three seasons against Marquette.

Freshman Norah Sis had a career-high 22 kills, and Zimmerman added 20 kills. They combined for seven kills during the match's final 11 rallies.

Creighton's on-target passes made a big difference in maintaining a rhythm offensively, according to Zimmerman. That allowed setter Kendra Wait to mix up her distribution patterns and keep the Golden Eagles off balance. And for most of the day, CU's hitters didn't hold back.

"We were in system a lot," coach Kirsten Bernthal Booth said.

CU had a 10-0 run in Game One — a surge highlighted by several strong serves from junior Keeley Davis — and yet the Golden Eagles pulled within 21-19 late. They scored four straight points in the second game, tying it at 23, before holding off three straight set points.

But Creighton did just enough to close out both of those games.

And after a hiccup in the third set, the Jays quickly put the match away.

Zimmerman rose up for back-to-back kills from the back row to make it 4-1 in the fourth game. After a Marquette timeout, Davis pounded a swing off the block, Sis had back-to-back kills and a tip from Davis dropped in. That made it 9-1.

The Golden Eagles eventually trimmed the deficit to 16-14. But Davis and Zimmerman answered with kills. Then Sis put down three balls in a four-rally stretch.

"We were going all out, and I think we need to continue to do that no matter what the score is," Sis said. "That 9-1 lead really helped us a lot and built up our confidence to keep going."

Marquette came into Sunday with a one-game lead over Creighton in the Big East standings. The two teams are now tied after Sunday's result, with 12 matches left (including a rematch on Oct. 29 in Milwaukee).

Sunday's victory was the 400th win at Creighton for Booth and assistant Angie Oxley Behrens.

NFL Week 6 Market: Will weather be a factor?

Nebraska, Creighton and UNO volleyball lead their conferences. Here's where they're ranked

Creighton volleyball readies for opponents' best effort on any given night

No. 19 Creighton volleyball is the Big East's only ranked team, winners of the last seven league titles. The Jays have high standards, and that often means they get their opponents' best effort.

UConn moved past Creighton in the Big East volleyball standings as the Huskies upset the No. 19 Bluejays in five sets.

Creighton celebrates a point during its win over Marquette on Sunday.