Creighton's players stood together, steps away from their injured captain, and started talking about what the team's unquestioned leader would be telling them right then if she weren't curled up on the floor in pain.

They reached a consensus pretty quickly.

They weren't able suppress all of the emotion in that moment Thursday — they watched as a tearful Jaela Zimmerman, unable to put any weight on her left leg, was helped off the court and guided toward the locker room.

But they vowed to channel the competitive spirit and the uplifting energy of their beloved senior leader. They were going to win that match the Zimmerman way.

The response was almost immediate. And emphatic. It wasn't too long before No. 14 overall seed Creighton had completed a 25-21, 25-15, 25-13 sweep over Ole Miss in the first round of the NCAA tournament.

It's unclear if the Jays (31-3) will have to take the same approach Friday.

It was early in the second set, following a long rally, when she immediately grabbed her left knee as she fell to the floor. Then she pounded the court with her left hand as athletic trainers rushed over.

The scene was stunning — a raucous arena full of 2,351 fans suddenly fell silent as both teams' players cleared the court.

"When severe adversity hits, and we had severe adversity at that moment, a team that doesn't trust and love each other can fall apart," CU coach Kirsten Bernthal Booth said. "But I knew this team would rally."

It didn't take long. Five points was all.

Then the Jays found another gear, much in the same manner that the unflappable Zimmerman often has during her career when she's carried CU to big wins with her dynamic all-around game.

Creighton elevated its defense and found its serving touch. Sis went off, recording five kills and a block during the latter portion of the second game. Junior Keeley Davis moved from the right side to the pin with no issue. Junior Kiana Schmitt came off the bench to take Davis' spot and finished with four kills on five swings.

Booth said CU played as well offensively as it has all season — a clean match, she said. Once they adjusted to Ole Miss' fast-tempo attack, the defensive highlights started piling up. The Jays played "inspired" ball, Booth said.

But it was difficult to celebrate afterward. Because they didn't get to do it with Zimmerman by their sides.

"Jaela has been such an integral part of this year and many other seasons," Booth said. "We're hurting for her."

Norah Sis, the do-it-all outsider hitter who never leaves the court, has helped Creighton volleyball earn the No. 14 overall seed in the NCAA tournament.

The Jays have played Ole Miss only once (in 2008). Their only meeting against Oregon, another team in the Omaha pod, came in 2000. So the next few days will be important for CU.

Creighton volleyball falls to Kansas in second round of NCAA tournament

Creighton volleyball's season came to an end Friday with a four-set loss to Kansas in the second round of the NCAA tournament.

Division II All-American Jazz Schmidt is transferring to play volleyball at Creighton in a state she knows well. "There's a lot of things to love about Creighton." 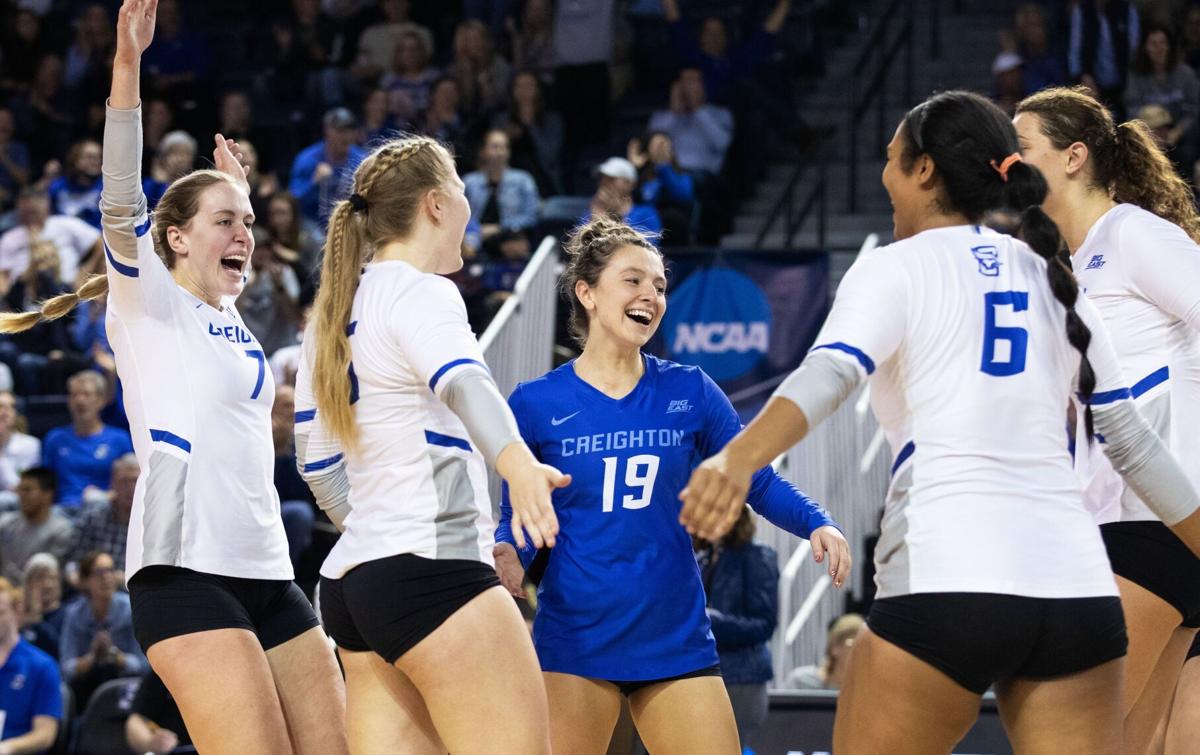 Creighton players celebrate a point during the first set of their NCAA tournament match against Ole Miss. 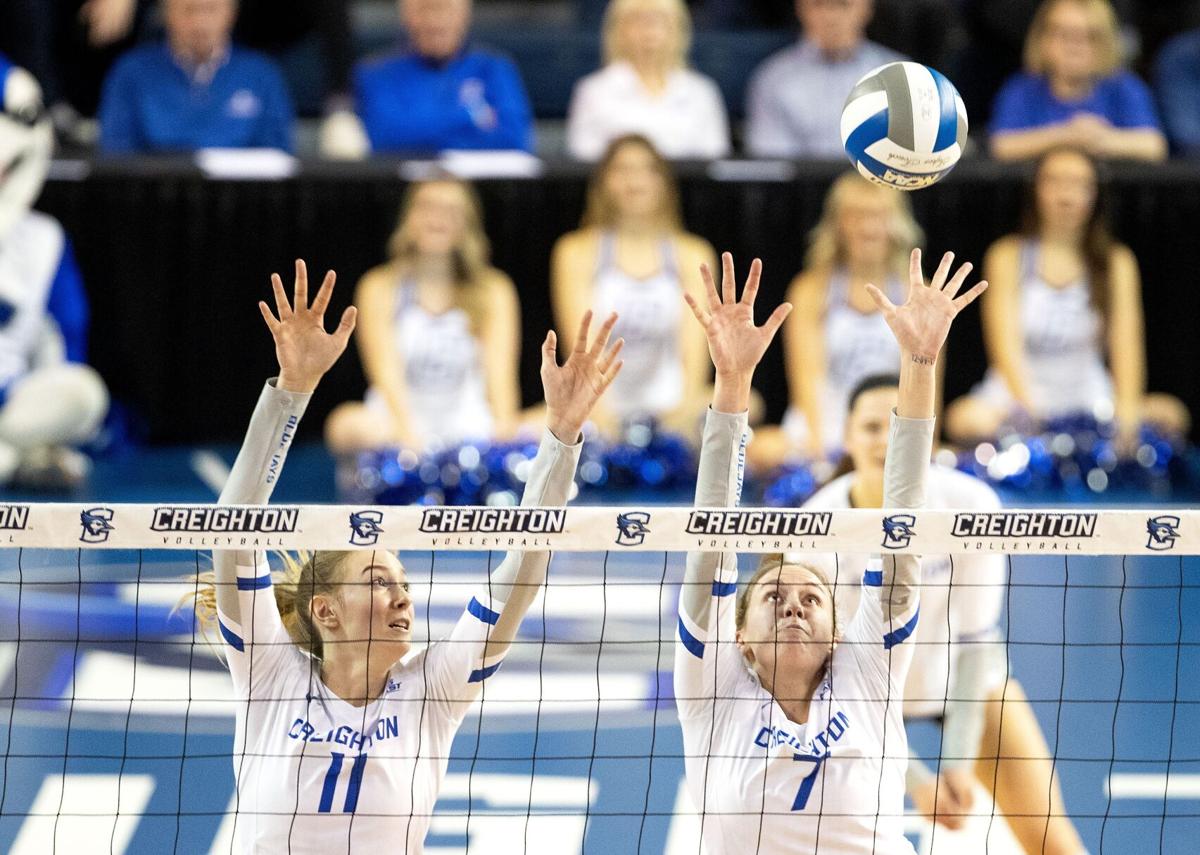 Creighton's Annika Welty and Jaela Zimmerman try to block a spike during the first set against Ole Miss. 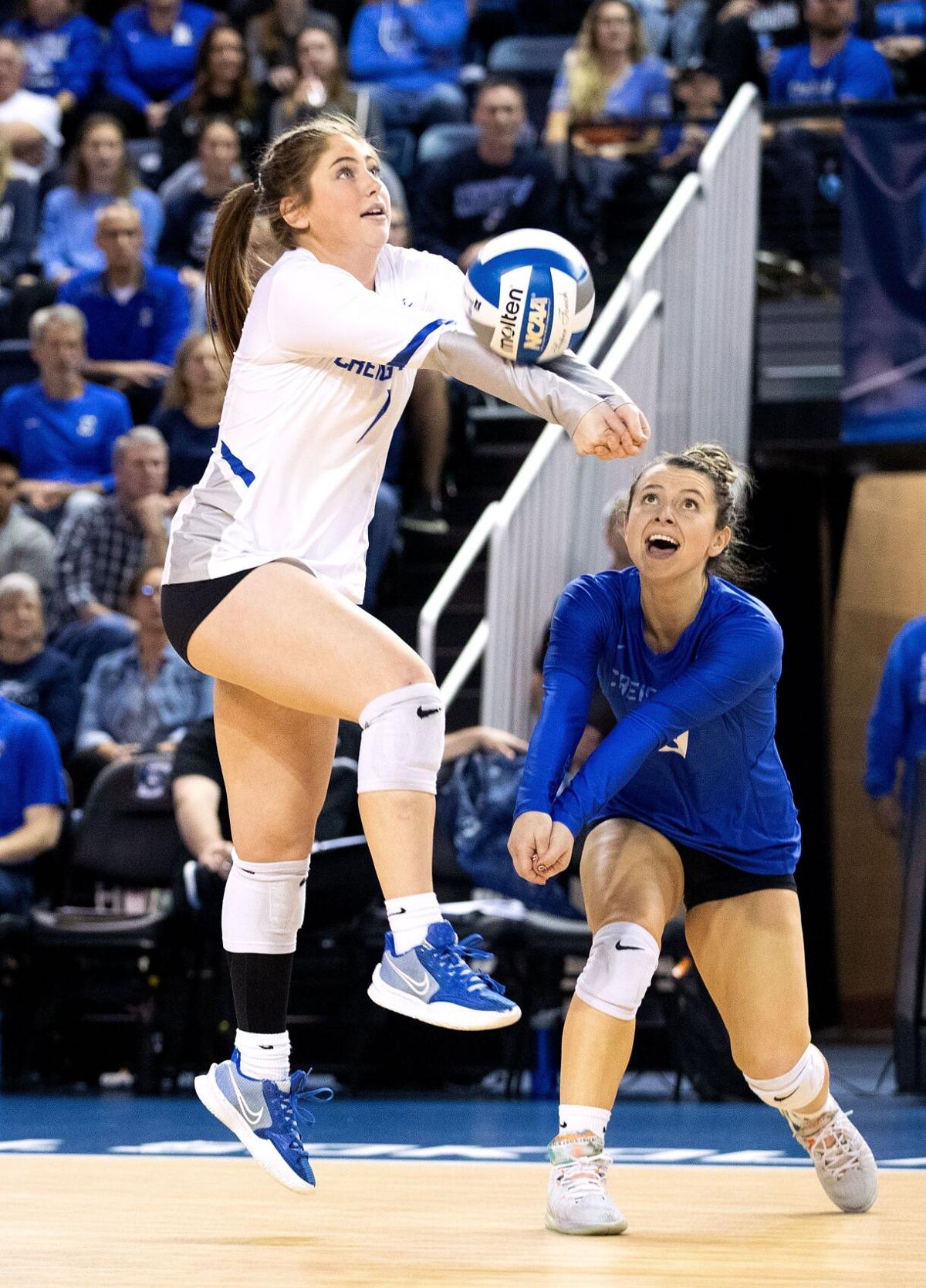 Creighton's Ellie Bolton and Abby Bottomley both go for a ball during their match against Ole Miss.