Creighton senior Diego Gutierrez said he could hear the reaction from both fan bases when he sprinted to the corner flag to celebrate a goal in a rivalry match against his former team.

Some boos. And the cheers.

He gets it, though. Gutierrez had to subdue some of his own butterflies before stepping out onto the field Wednesday — because he knew the lively atmosphere from the 3,000 fans at Morrison Stadium would complement the heightened intensity on the field in this in-city clash.

So when the former UNO forward scored Wednesday, he just tried to appreciate the moment. Gutierrez's 17th-minute goal ended up clinching a 1-0 Bluejay victory over the Mavs.

"This one was a special one, scoring the winning goal and helping the team win," Gutierrez said.

The Ralston product hasn't played significant minutes in one of these CU-UNO matches since 2017.

He suffered an injury early in the Creighton game while with the Mavs at Morrison Stadium two years ago. Last season, after transferring to CU, he did not play in UNO's 3-0 win, the program's first-ever victory over the Jays as a Division I squad.

So Gutierrez was looking forward to Wednesday.

And the 2020 Big East offensive player of the year made an impact right away.

The decisive goal came when Gutierrez sprinted by a defender along the left sideline, side-stepped another Maverick in the box and poked a shot over the head of the keeper for his third score of the year.

Gutierrez turned and ran toward the sideline, twirling his right index finger in the air. His teammates eventually chased him down for hugs.

"Guti's electrifying," CU coach Johnny Torres said. "He's a guy that can unbalance a defense on his own. I thought he did a good job of taking his opportunity and finishing it off."

Creighton (2-4-1) did have to hold on from there — it used a poised back-line and four well-timed saves from keeper Paul Kruse to do that.

Perhaps UNO's best chance to equalize came in the 71st minute when sophomore Kengi Mboma Dem blasted a 20-yard free kick around the wall and toward the right corner of the goal, forcing a save from Kruse.

The senior goalkeeper couldn't catch it cleanly so he intentionally tried to punch away the shot. The ricocheted ball bounced right to the feet of senior defender Stevie Siy — Kruse kick-saved his one-timed shot from 6 yards out.

"He saved us," Gutierrez said of Kruse.

UNO coach Bob Warming credited both defenses for limiting the scoring chances Wednesday. They stayed organized despite using a number of substitutes, both teams keeping in mind that the upcoming weekend features more tests.

They got caught out of position when CU transitioned the ball forward to Gutierrez on the goal — credit the Jays for attacking quickly, Warming said. UNO was also whistled for a foul on Kruse on a first-half corner kick that may have resulted in an equalizer. It wasn't able to get in position to attempt a shot in the final 15 minutes.

Still, though, UNO will improve after Wednesday's experience, according to Warming.

"They've gotten a little more battle-tested at this point than we have," Warming said. "I thought maybe that was a little bit of the difference."

Malik Elmi scored in the first overtime Sunday afternoon to give the UNO men their first win this season.

Creighton men's soccer has played the country's toughest schedule based on opponent win percentage. And after a midweek victory over rival UNO, the Jays hope they're poised for a midseason surge.

UNO women's soccer couldn't dig itself out of an early deficit, managing only one shot on goal in a loss to Denver. 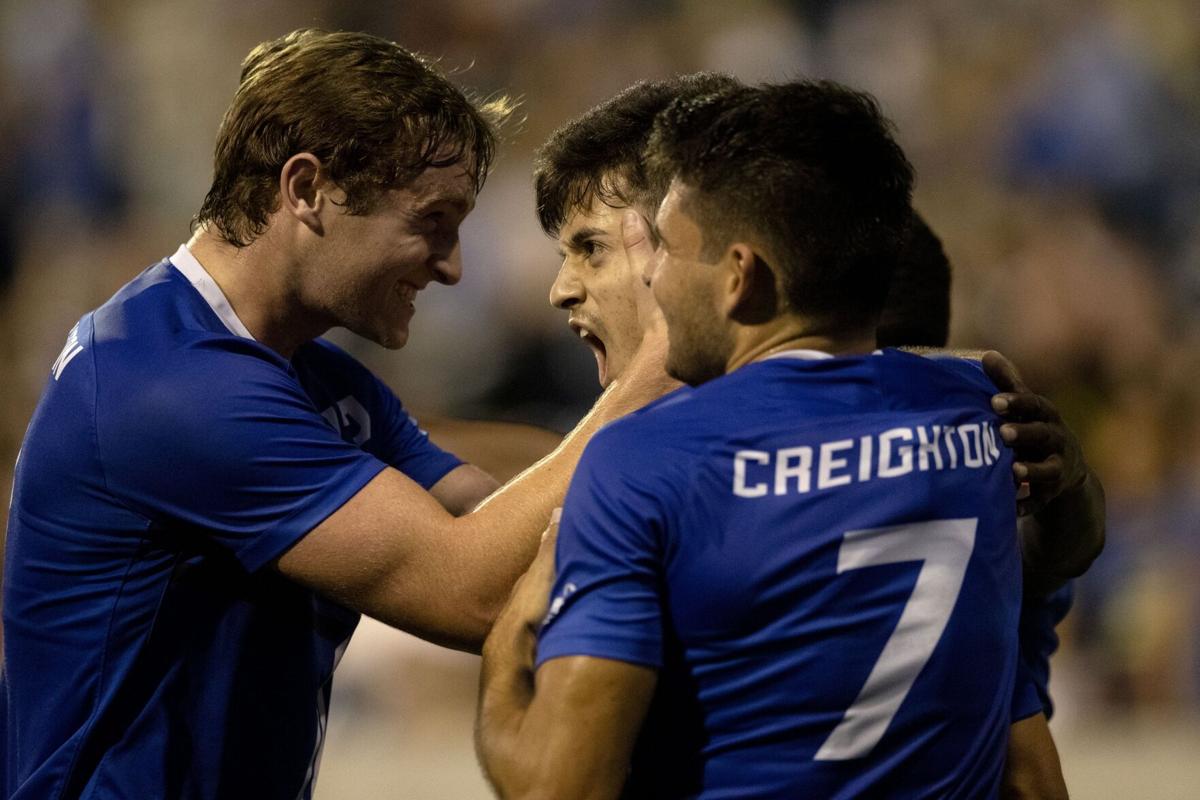 Creighton's Duncan McGuire and Daniel Espeleta celebrate after Diego Gutierrez scored in the first half. 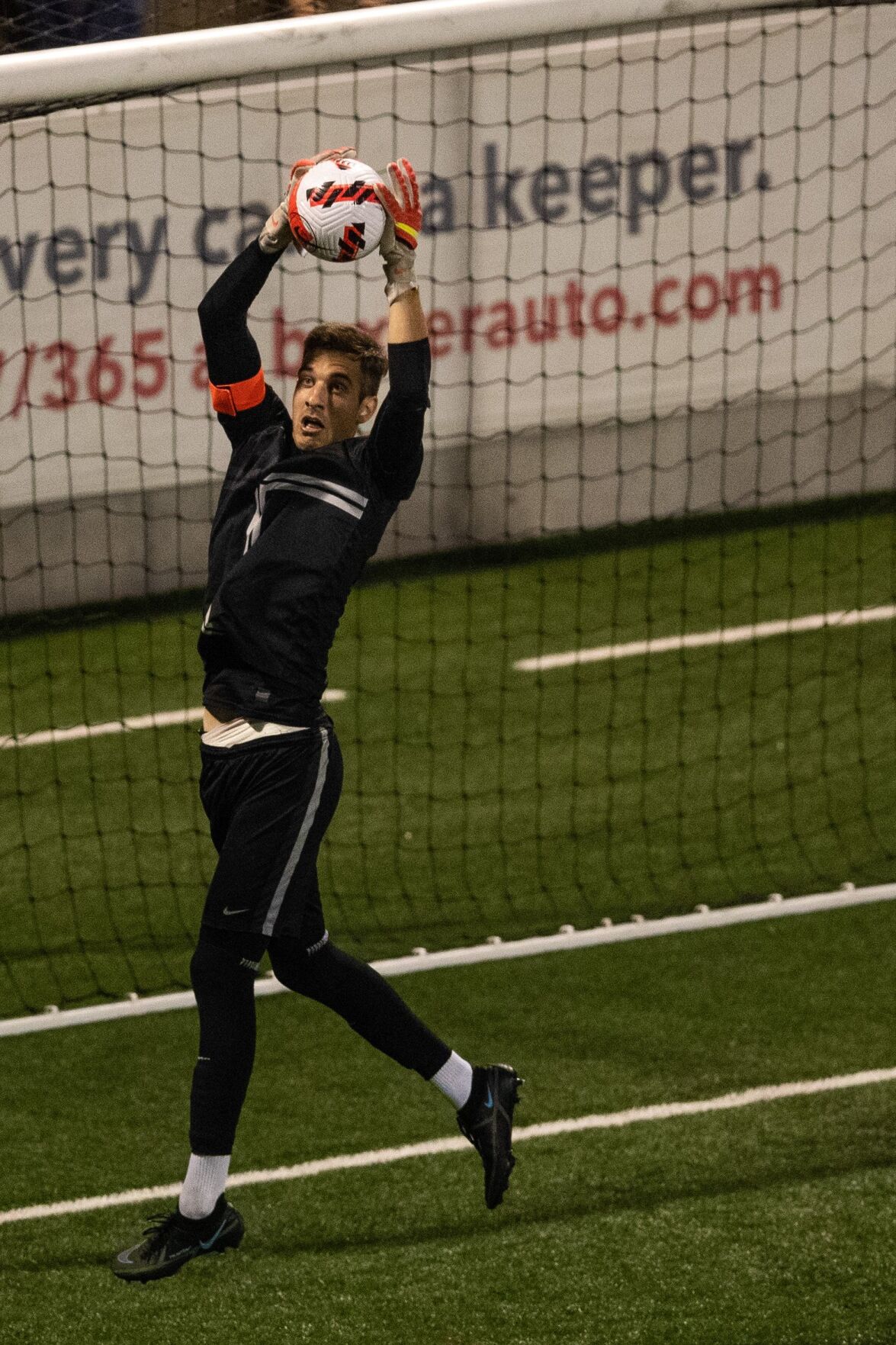 Creighton's Paul Kruse makes a save in the Jays' game against UNO. 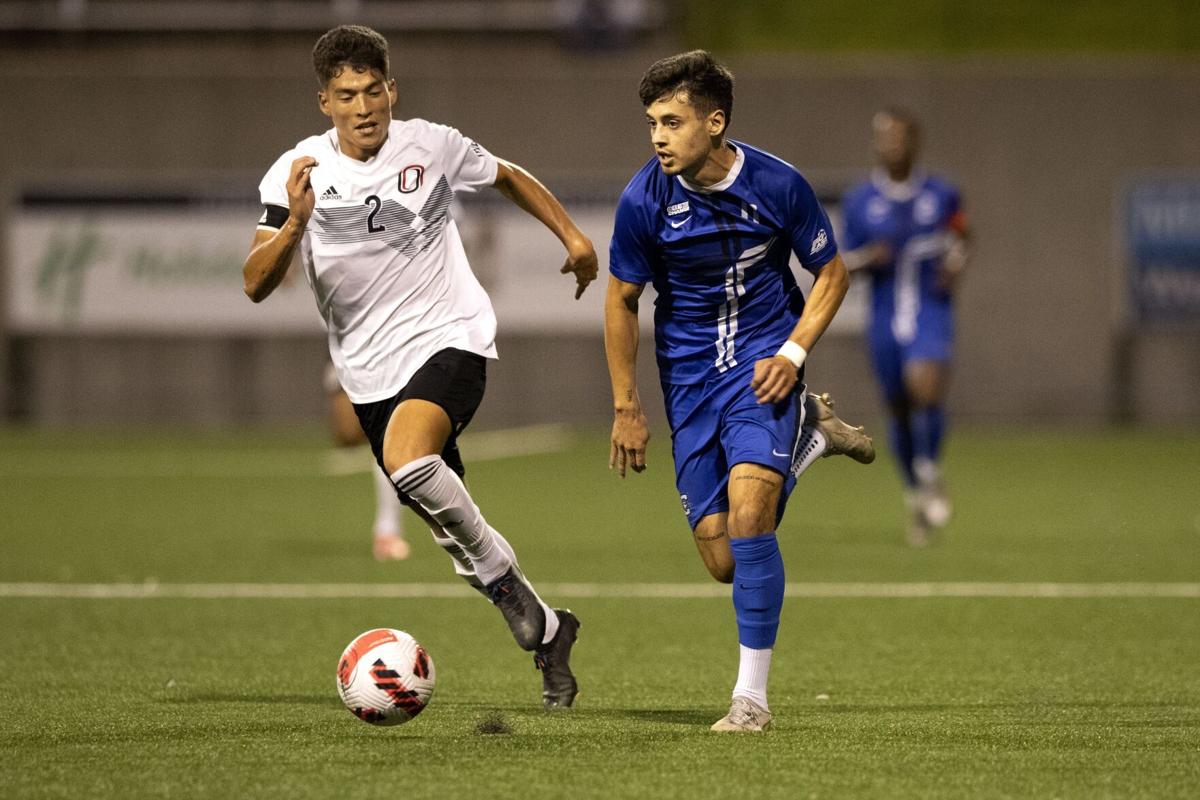 Creighton's Diego Gutierrez tries to get past UNO's Stevie Siy.