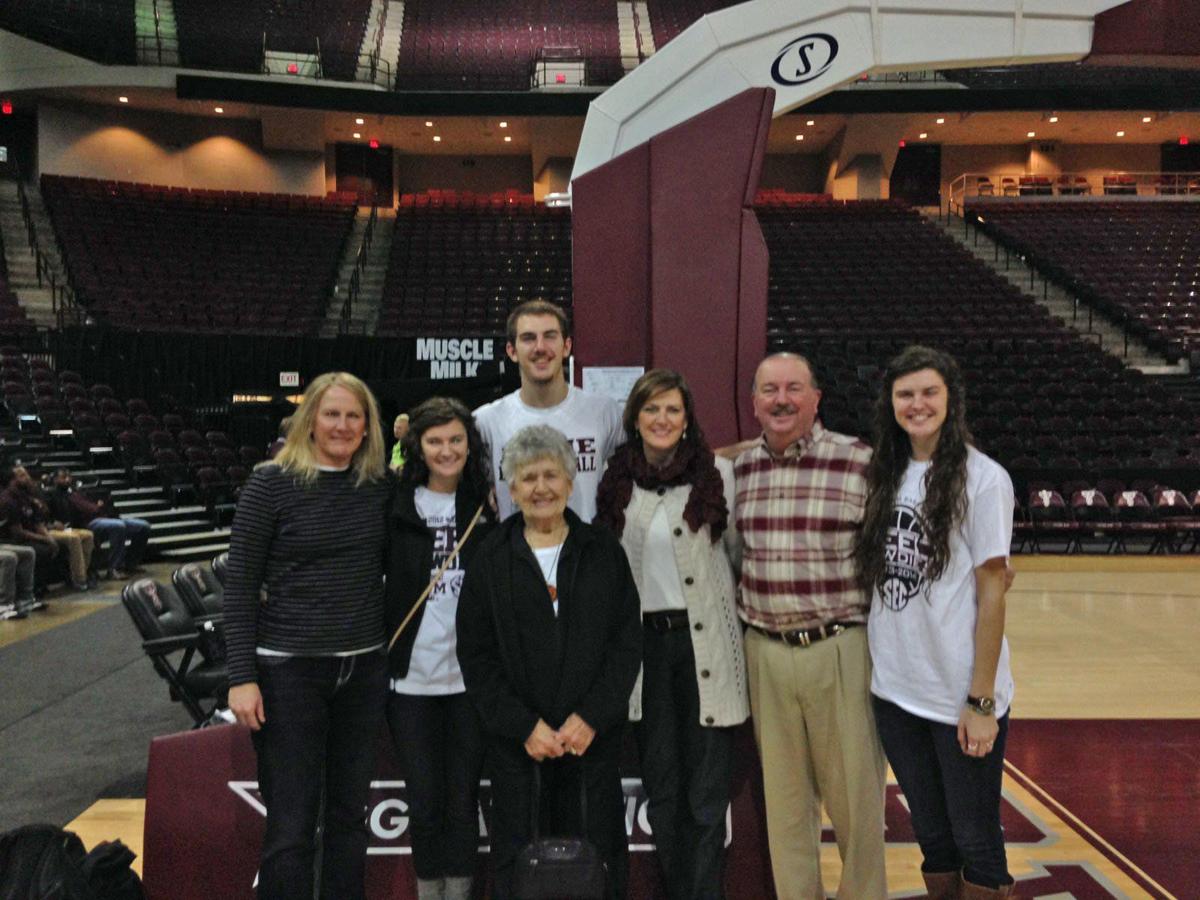 The Caruso family watched Alex Caruso go from from undrafted out of Texas A&M to playing for the Lakers in the NBA finals.

The former Creighton point guard was out on the driveway hoop with his family several years back when he noticed something about his young son’s game.

Mike Caruso had already vowed not to purposefully try to steer his kids to this sport. He won big games, played for legends and coached for a decade — basketball helped to mold him. But that was his path, he thought.

Then he started watching Alex move across the pavement outside their Texas home.

“It was just interesting because Alex, when he was really little, he had an instinct, a knack,” Mike Caruso said by phone Friday. “He was 6, 7 or 8 years old. But I’m like, ‘Hmm.’ I hadn’t seen many kids do what he was doing.”

That memory came to mind last week when Mike reflected on his son’s route to the NBA’s grandest stage.

How did Alex Caruso get here? To where he’s suiting up for the Los Angeles Lakers, next to superstars LeBron James and Anthony Davis? Game 4 of the NBA Finals is Tuesday night.

A chuckling Mike conceded that the 6-foot-5 guard has Mom to thank for his height and athleticism, and Mike emphasized that his perseverance and work ethic is all a credit to Alex, who went undrafted out of Texas A&M and turned an NBA Summer League invite into a G League gig until the Lakers noticed and added him to their bench.

Yes, Mike was there to share his expertise if Alex asked for it.

In the 1960s, Mike won a California state title as a star player for Bishop O’Dowd High School in Oakland. Red McManus recruited him to Creighton, where Mike ended up averaging 13.1 points and 4.3 assists during his senior season. Mike still ranks second on CU’s all-time free throw percentage chart (84.4%). He was also a member of the Eddie Sutton squad that upset No. 5 New Mexico State at the Civic Center in 1970.

But so often with Alex, Mike said he found that his role was often one as an observer, while his son charted his own course. Mike was absolutely fine with that.

“He had coaches all along the way, some pretty good ones,” Caruso said. “I left the coaching to them. I was his supporter, and a proud dad.”

Mike gets texts and calls from former Creighton teammates and colleagues regularly about Alex’s performances. The dunks, the clutch jumpers, the steals, the drawn charges — from a headband-wearing super sub. Caruso’s averaging 6.8 points off the bench in the NBA playoffs.

Ex-Bluejay coach Tom Apke, an assistant under Sutton, is one of those in the Alex Caruso fan club. Apke got the CU head job in 1974 and hired Mike to his staff.

“Mike always ran on the balls of his feet, kind of bounced along — he was really quick and really shifty,” Apke said by telephone from his home in Charlotte, North Carolina. “The first time I was watching Alex, I said, ‘Oh he runs just like Mike.’ … It’s been really cool watching Alex play.”

That’s especially true for Mike and his wife, Jackie, who have had front row seats. Literally. They’ve spent the last month inside the NBA bubble in Orlando.

On gamedays, they take a bus to the arena, watch the world’s greatest basketball stars compete and cheer on their son. On off-days, they’re visiting one of the two on-site restaurants or navigating the Disney complex’s walking and biking paths.

But it’s also one of the reasons why he and his wife stepped back from their professions. They wanted to spend more time with Alex and their two daughters. They get back to Omaha quite often, too, where Jackie’s side of the family — the Viponds — still resides.

So they intend to keep cherishing the chance to see Alex live out his dream. They’ve been marveling at his talent since childhood.

“His equation’s always been the same,” Mike said. “Alex, he’s worked hard. And he’s going to do whatever it takes to get the team to win.”

The Creighton men's basketball team has secured a commitment from 2021 recruit John Christofilis, a 6-foot-4 guard from Seattle. No surprise here: He can shoot.

Brittany Harshaw, a 6-foot forward from Andover, Kansas, averaged 10 points, 5.2 rebounds and 2.5 assists per game this past season at Andover Central, which went 22-1.

Full-team workouts are now allowed — with limitations on high-contact drills — but things are still far from normal. So coaches and administrators are doing all they can to check in with players.

Tucker DeVries, son of ex-Creighton coach, commits to play for dad at Drake

Tucker DeVries faced a tough decision — play for his dad at Drake, or play for Creighton, the team he grew up around. “Both programs feel like home, but playing for my dad is home.”

Creighton learned its season-opening opponent Wednesday as the full bracket was revealed for the Crossover Classic in Sioux Falls, South Dakota.

“Everything’s different,” Creighton coach Greg McDermott said. “It’s just going to be the year of being different. We just have to do different better than everybody else.”

The Caruso family watched Alex Caruso go from from undrafted out of Texas A&M to playing for the Lakers in the NBA finals.