It was her identity. It was all she’d ever known.

Creighton middle blocker Kiara Reinhardt was a volleyball player before anything else. Then a confusing gap from the game and a seemingly never-ending injury stripped her of who she thought she was.

“‘My life is pretty much only volleyball and here I am not being able to do that now,’” Reinhardt said she thought during her recovery. “That was probably the hardest part overall through the whole journey.”

Reinhardt will return to CU's lineup this season, starting with the Blue/White Scrimmage at 4 p.m. Saturday.

She's jumped through the hoops that came with her recovery’s mental gymnastics. She's waited and waited, spending months without the game she loved and instead with her own thoughts. The year since she last stepped on the floor has been hard. But it’s helped her reshape her perspective and become more comfortable in her skin than ever.

“It took a lot of mental reframing,” Reinhardt said. “Like ‘OK, you are not just a volleyball player, you are so many other things before that as a person.’”

The concept had been instilled in the redshirt sophomore since her high school days. As she notes, girls are getting into club volleyball at younger ages. It gives a way for their lives to revolve around the sport as Reinhardt’s did.

Without taking a step back, you only sink deeper. Reinhardt was well on her way.

The 6-foot-3 middle blocker started every match during her freshman campaign with the Bluejays. She ranked ninth among freshmen nationwide with 1.23 blocks per set. With as well as she was playing, it was seemingly impossible for the game to not be her life.

For her, it was fine. Until it wasn’t.

The back problems surfaced last year around the preseason. Reinhardt never had serious back issues. Suddenly she’d come across an injury so serious that she couldn’t even participate with the team for weeks.

“It was the only kid I’ve ever had in my career, for the first six weeks, she could do nothing,” Creighton coach Kirsten Bernthal Booth said. “For a college athlete that's used to doing so much to literally be told to just stand around and (she) can’t do anything but wear this brace, it was a real challenge.”

Doctors gave her a recovery timetable of three months. When those months passed, Reinhardt still wasn’t cleared. She and the staff juggled her dwindling option.

The teetering of her availability even just for practice troubled her. Too much felt out of her control.

“I think that put my mind through a lot of hardships, because it was really hard to set clear goals to work for myself and look ahead for the future,” Reinhardt said. “It was hard to see how it would work out.

“Where’s the hope at the end of this?”

She’d always counted on being back after that third month. Her eventual decision to redshirt wasn’t the hand she planned to play.

Reinhardt had nothing but time to think: About her place in the sport; about how much it meant to her and where she stood off the court. She was forced to face things that sat buried in the back of her mind.

“It brought a lot of mental health issues,” Reinhardt said. “Realizing that volleyball isn’t the only thing I do, and I’m not just a volleyball player, that realization is what made the initial part of the journey so difficult.”

It wasn’t the first time volleyball challenged Reinhardt’s mental health. Performance anxiety clouded over her for much of her freshman season. This is what college athletics is like, she thought. Playing at such a high level took a lot out of her.

She sought some help then, figuring she’d had a handle on it before the injury. Months without volleyball opened the floodgates. This time, she truly looked inside herself. She refused to let the back injury push her away from the game, while still refusing to let the sport eat her alive.

The difficulty of Reinhardt watching her team head to the NCAA tournament was a given. But she found comfort in finding other roles. Helping run drills, shagging, passing coaches balls in practice. The things that typically go unnoticed but allow the program to function smoothly.

She saw things differently from the sideline, too. She watched decisions unfold, noticing things that get overlooked in game action and might not necessarily come alive in game tape.

Reinhardt relayed what she saw to the other middle blockers, and with every game she attempted to usher anyone who emulated similar anxiety to what she endured her freshman season.

Transcending beyond the player she was to become an even better teammate had its hard days. Amid the uncertainty of her redshirt season, she needed reassurance now and then. She didn’t have to look past her team.

“There were days I thought I couldn’t even make it through just sitting through practice,” Reinhardt said. "But I would show up and my teammates would be smiling and still somehow find ways to make me laugh.”

A long recuperation process didn’t just keep Reinhardt out of volleyball or blow up her self image. The past year brought a new handle on life. Somewhere along the way, she found herself amid all the madness.

“It pretty much forced me to grow,” she said. “You’re either gonna be stuck in this and stuck in this bad part of your life that brought a lot of darkness, or you’re gonna move forward and somehow deal your way through it.

“It was a big turning point.”

Creighton volleyball's goal for the 2022 season? Reaching the Final Four

The 6-foot-4 middle hitter will be a junior this coming season for the Class C-1 Falcons. She finished with 371 kills and 97 blocks last year.

What is pickleball and why is it so popular?

What is pickleball and why is it so popular?

After years of prohibition, boxing gains popularity among women in Libya

After years of prohibition, boxing gains popularity among women in Libya 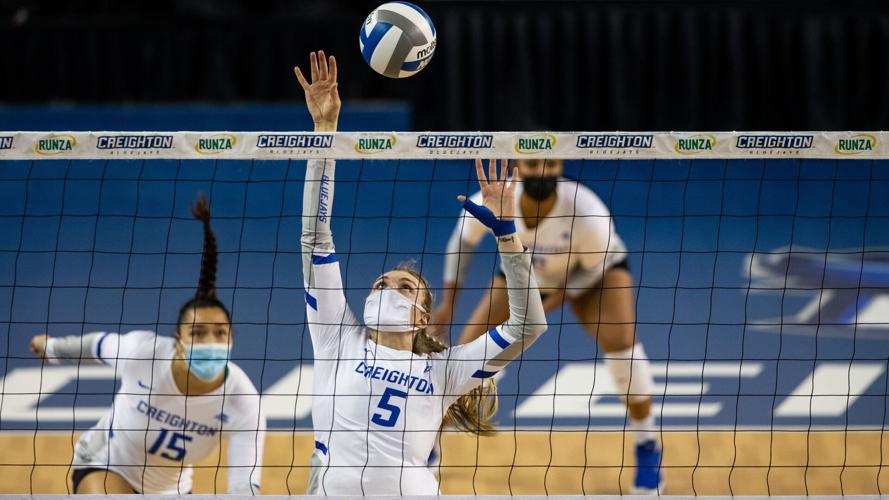 “‘My life is pretty much only volleyball and here I am not being able to do that now,’” Kiara Reinhardt said she thought during her recovery. “That was probably the hardest part overall through the whole journey.” 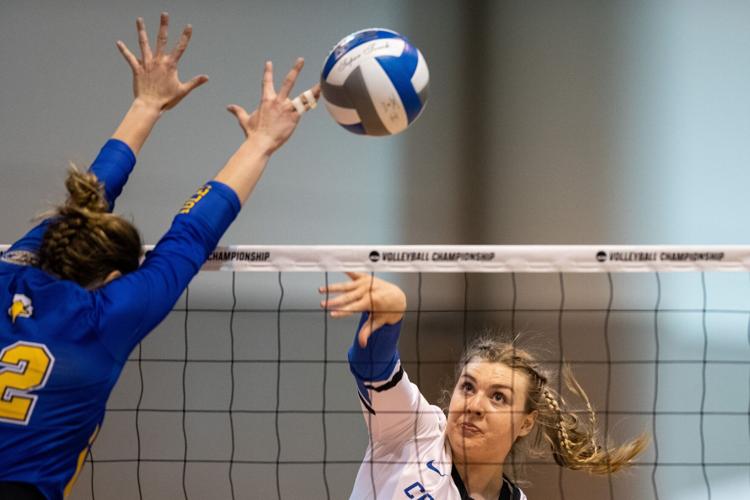 “It brought a lot of mental health issues,” Kiara Reinhardt said. “Realizing that volleyball isn’t the only thing I do, and I’m not just a volleyball player, that realization is what made the initial part of the journey so difficult.”