Creighton’s active defense kept Georgetown out of rhythm all night long as the Jays avenged last week’s loss to the Hoyas with a convincing road win Tuesday.

It was the same Georgetown offense that shredded CU in Omaha by shooting 50% from the floor and finishing with the second-most points (86) by a Creighton opponent all season.

But the Jays set a different tone in a 63-48 victory Tuesday.

They were assertive from the start — scoring the game’s first six points with three buckets right at the rim. Their energy and effort stood out even more on the other end of the court, as they recorded a school-record 19 steals and held the Hoyas to the lowest shooting percentage (27.6%) by a league opponent in CU’s eight years in the Big East.

Georgetown's 48 points also marked the fewest scored by a Big East foe in a league game against Creighton.

“Our activity defensively spoke for itself,” coach Greg McDermott said. “We got in there, knocked balls loose and made most of their looks pretty challenging.”

Creighton bracketology: Can the Jays earn a top-six seed in the NCAA tournament?

The Jays definitely did swarm to the basketball any time Georgetown (5-10, 3-7) tried to set up its big men in the post. Junior Christian Bishop and freshman Ryan Kalkbrenner both made concerted efforts to fight for position early in possessions, McDermott said, which gave the help defenders more time to collapse inside with a double team.

But also, CU’s guys had quick hands ready to swipe at the ball, the moment it got exposed.

There was a stretch late in the first half where the Jays picked up a steal on five straight possessions. Senior Mitch Ballock was credited with four of those. Senior Denzel Mahoney ripped the ball away from a Georgetown big man with about a minute leff before halftime. He knocked the ball off a driver's leg on the next possession.

It was CU's relentlessness that ultimately dissuaded the Hoyas from attacking inside, despite their size advantage.

Of Georgetown's first 38 field goal tries, 28 came from behind the 3-point line. It managed just 12 points in the paint for the game and didn’t attempt a free throw until the 4:38 mark of the second half.

"Just playing our tails off," Bishop said. "Being able to give 100% the entire time you're out there is going to make the difference. The effort plays will change the game."

That really was the story of Creighton’s revenge-tour road trip, where it played at Marquette and at Georgetown over the span of four days. The Jays lost to both of those teams the first time around.

But they flipped the script in a 71-68 win over the Golden Eagles Saturday, seemingly able to correct all of the issues that cost them in an 89-84 defeat back in December. CU won the rebounding battle, got key contributions from its bench and had a couple long stretches of stingy defense.

A similar 180-degree inversion took place in the second game against the Hoyas.

Creighton never seemed to gain control of its 86-79 loss to Georgetown last week, allowing the Hoyas to settle in from 3-point range early and get easy buckets late.

But the Jays were the aggressor Tuesday.

Senior Damien Jefferson drove in and finished off a layup on the first possession of the game. He grabbed an offensive board and converted a putback. He found Bishop for a dunk — then slammed one home with his right hand after his pump fake opened up a driving lane the next time down.

Creighton ended up with 20 points in the paint at halftime, and 38 for the game. Bishop had a team-high 17, on 8 of 11 shooting. Jefferson’s 12 points all came right at the rim.

“We wanted to attack the basket,” McDermott said. “But you have to be smart against Georgetown. Their rim protection’s really good.”

Shot fakes were important, McDermott said. He thought his guys used the rim as a shield well at times. Their precise passing set teammates up for easy ones as well.

Creighton needed that inside presence Tuesday. Because the Jays made just six of their 25 3-point tries, and they committed a season-high 17 turnovers.

So there is still plenty of room for improvement, even though Creighton’s showed signs these last two games that it’s rounding into form just in time for a much-anticipated showdown with No. 5 Villanova Saturday in Omaha.

The key has been the Jays’ mentality, according to Bishop.

“I think we’ve got a little bit more grit to us now,” he said.

Creighton's five freshmen make the most of their opportunities

This season hasn't made it easy for young players to develop. But Creighton's five freshmen are making the most of their chance. "They’re all getting minutes and there’s nothing like game experience."

Players to watch, three keys to victory for No. 19 Creighton vs. No. 5 Villanova

It's a top-25 showdown in Omaha as No. 19 Creighton hosts No. 5 Villanova on Saturday. The two teams are atop the Big East standings. Let's break down the matchups.

The season doesn't hinge on the result of Saturday's Creighton-Villanova game. But considering how much a victory would mean, the Jays are approaching it with a "must-win mentality."

No. 19 Creighton basketball upsets No. 5 Villanova

Creighton sliced up the Villanova defense in a victory Saturday that added a signature win to Jays' resume and affirmed that there will be a two-team race for the Big East regular season crown.

Shatel: Being the underdog to Villanova was exactly what Creighton needed

What do you give a veteran club that has already won a share of a Big East title? You give them a challenge, something to put their competitive juices on boil. You give them the gift of being able to call themselves underdogs, writes Tom Shatel. That was Villanova for the Jays. 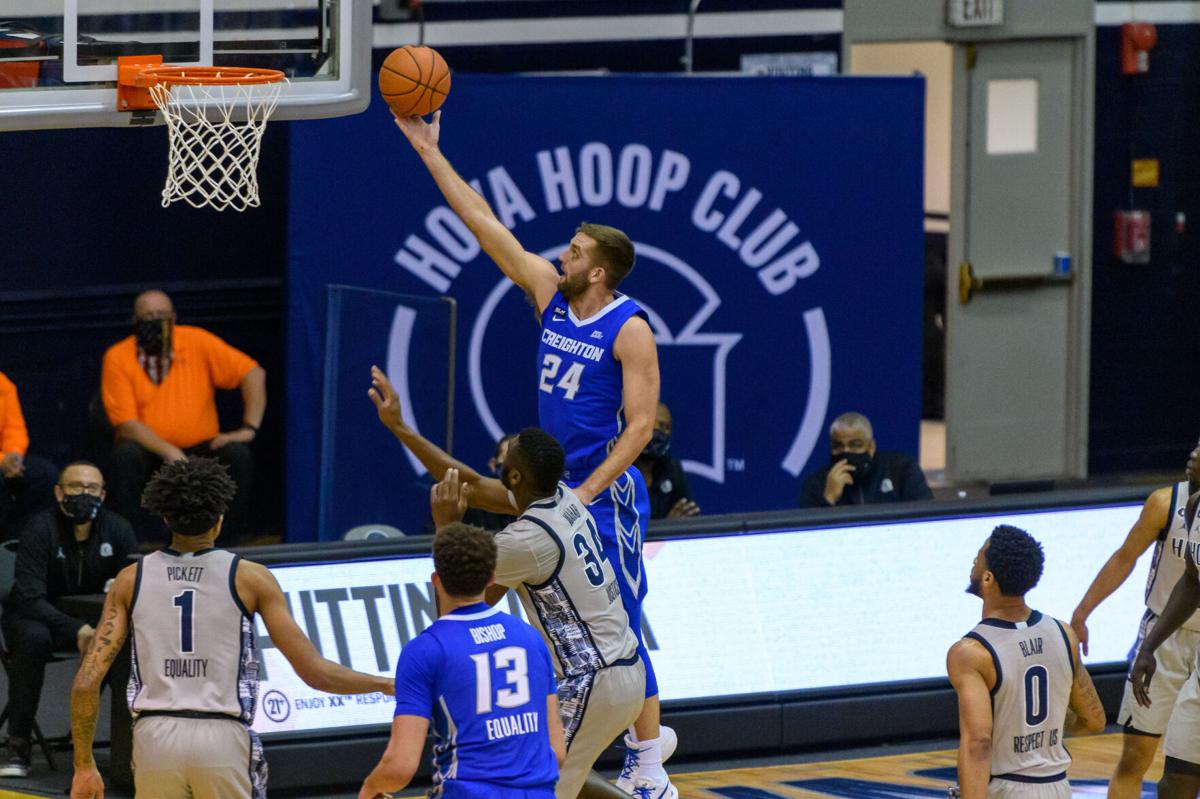 Creighton's Mitch Ballock shoots the basketball in the Jays' win over Georgetown. Ballock recorded 14 points and four steals in the win. 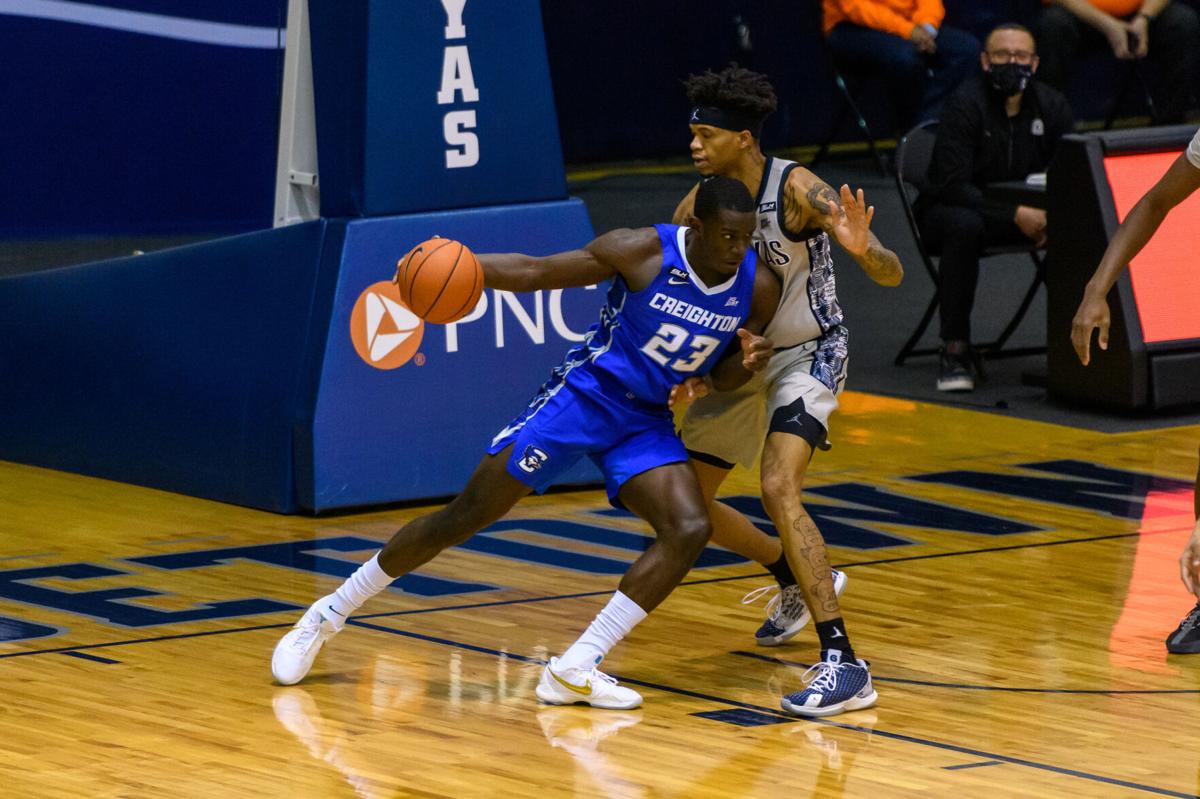