It's been more than two weeks since the Jays (9-3, 1-0) last took the court. Their opponent, Marquette, is coming off a long layoff (10 days) as well. So the action could be sloppy at times Saturday as both teams work off the rust. But they each want to start 2022 off the right way. Here's a preview of the match-up:

Trending: The Golden Eagles have lost four of their last five games after starting the year 7-1. Some of that has been the challenging schedule. But this team is young and still figuring things out. Plus, new philosophies and principles are getting ingrained in Shaka Smart's first season. It's pretty clear that Marquette's going to improve as the season continues. The Golden Eagles are already a nightmare opponent for most, given how tenacious they can be defensively.

Sophomore forward Justin Lewis (#10) — You've probably seen his name on some NBA draft prospect lists. Lewis, at 6-foot-7, 240 pounds, has tons of potential. He'll step out and hit jumpers. He can beat guys off the bounce out of his face-up game. But he's most effective using his strength on the interior (he draws a lot of fouls, too).

Sophomore guard Tyler Kolek (#22) — He was the Atlantic-10 rookie of the year at George Mason last season. And he's been an incredible offseason add for the Golden Eagles. Kolek ranks 16th nationally in assists per game (5.9). He knows how to move the defense and find the open man, particularly within ball screen situations. He's also averaging 1.69 steals per game.

Junior guard Greg Elliott (#5) — He'll be high on the scouting report Saturday since he's 9-of-14 from 3-point range in six games against Creighton in his career. The Jays know what he's capable of. He's got a quick trigger, but if you close out too aggressively, he's able to make plays off the bounce.

Roster update: Senior starter Darryl Morsell missed the Dec. 21 game against UConn due to COVID protocols so his status for Saturday is in jeopardy.

1. Attack with discipline: The Golden Eagles are going to try to make CU uncomfortable. They'll utilize a fullcourt press after most made shots, and at times trap aggressively to try for steals. They'll pressure ball handlers all game long. They'll try to block shots and send a message that way. But if Creighton can avoid getting sped up and manage to maintain its poise, it'll find holes in Marquette's aggressive defense.

2. Get back on defense: The Jays like to play fast. They're known for that. But the Golden Eagles have been even faster this year. They rank second nationally in average length of possession (14.6 seconds), according to Ken Pomeroy's stats. They're on you in a hurry, after misses and makes. So Creighton has to be alert and focused, committed to stopping the ball and quickly identifying shootings in transition.

3. Seal off the paint: Marquette shoots a ton of 3-pointers — 44.2% of its field goals come from behind the line (third-most in the league). But don't let that fool you. The Golden Eagles are at their best when they're attacking first, either off the dribble or out of post-ups. They force the defense to react, then they start zipping the ball around. They assist on 64.2% of their field goals, the seventh-best rate nationally, according to Pomeroy. So keeping the ball out of the lane (preventing inside-out play) will be a key for Creighton.

Jon Nyatawa’s take: How much have the Jays learned after struggling to find an offensive rhythm in losses to Iowa State and Arizona State? Those teams put CU under pressure. And they kept its ball handlers from settling in. Surely, Marquette will try to replicate that game plan. Creighton should be better prepared for it this time, though. I'll take the Jays in a slugfest, 60-55.

Season ATS record on the road: 1-0

Season SU record as the underdog: 3-1

Over/under: The under's hit in eight of CU's 12 games this season (the over hit in two of the last three games)

The Creighton-DePaul men's basketball game that was supposed to be played Dec. 20, but was postponed due to COVID, has been rescheduled for February.

Villanova has ruled the Big East men's basketball for years with discipline, poise and efficient play. Creighton beat the reigning champs at their own game.

Creighton is learning as it goes, but now it's time for the experienced Big East

You can't waste a chance to teach with Creighton's young group. The trouble is most of the Jays' remaining opponents have progressed past the early stages of team development. Big East play is here.

Players to watch, three keys to victory for Creighton vs. No. 9 Villanova

Creighton opens Big East Friday with a tough test against No. 9 Villanova, which has started 1-0 in every conference season since the league's realignment. Let's preview the match-up between the Wildcats and Jays.

Creighton men's basketball couldn't get settled in against Arizona State's aggressive defense, and the Jays suffered a defeat Tuesday.

Ryan Hawkins' dunk was the highlight of Creighton's win over No. 24 BYU

Ryan Hawkins' one-handed slam over a leaping defender in transition was one of the defining moments for the Jays' win over No. 24 BYU.

Creighton beats No. 24 BYU for first marquee win of the season

Creighton's inexperienced squad knocked off No. 24 BYU Saturday, picking up its first marquee win of the season and displaying the signs of the growth it'll need with Big East play starting next week.

Opponents assuredly will adjust to the improved Ryan Kalkbrenner. But to this point, he's been an elite game-changer at center in his first full-time run at this level. 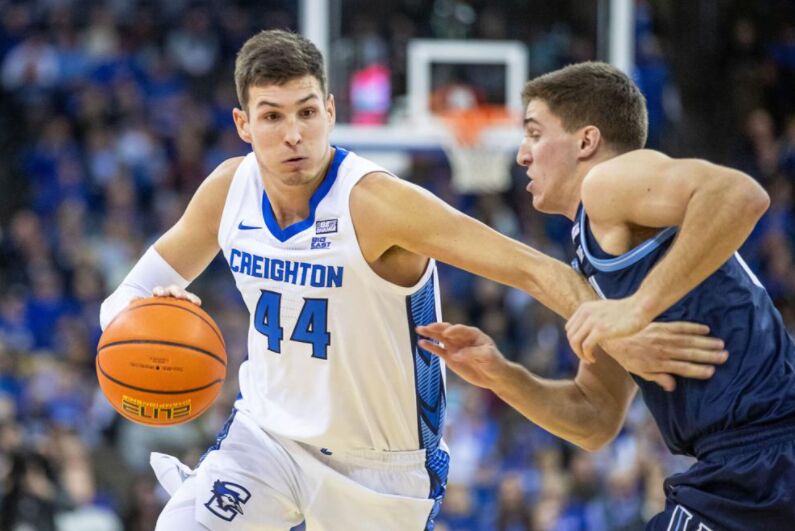 Creighton senior Ryan Hawkins attempts to drive past a Villanova defender during the Jays' 79-59 win over the Wildcats on Dec. 17 at the CHI Health Center. CU hasn't played since that game, but it's schedule to return to action Saturday at Marquette. 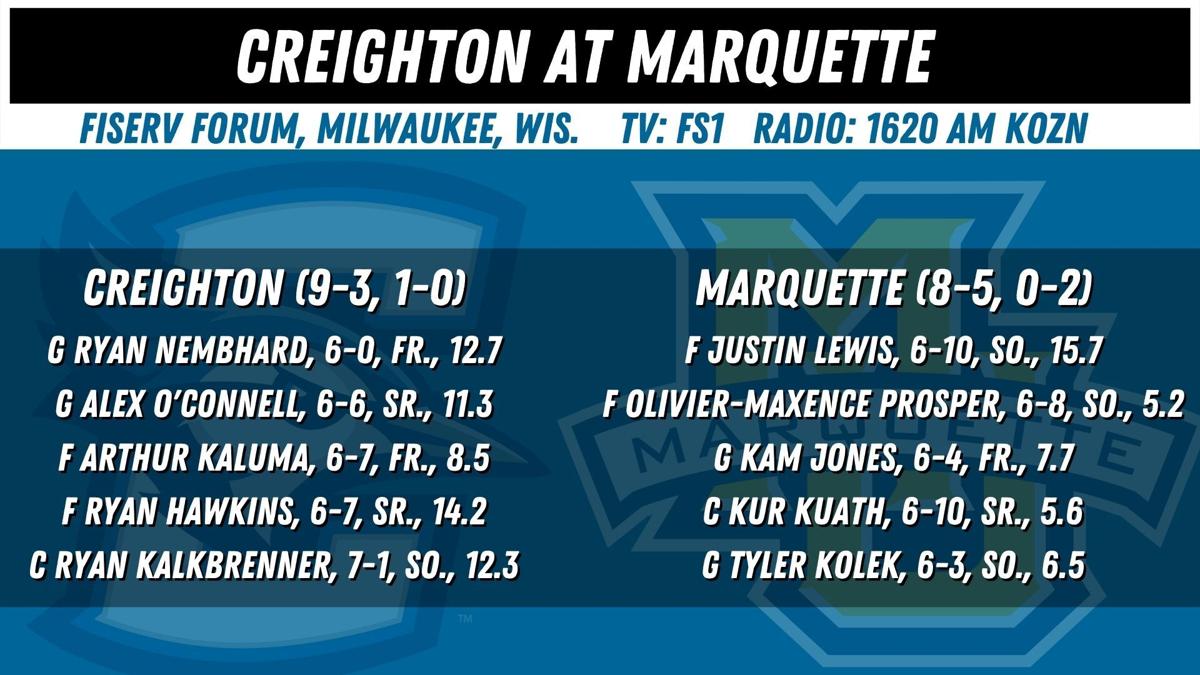