Eight NCAA tournament games will be played in Indianapolis this weekend and the Creighton basketball community has a rooting interest in three of them.

Dana Altman, the program's all-time winningest coach, guided Oregon through the two opening rounds last weekend. His Ducks, in the bottom half of the same West Region as the Jays, take the floor against Southern California at 8:45 p.m. Sunday.

That's one Creighton team and two coaches with CU ties in action in the Sweet 16.

Another coach with Creighton ties, Darian DeVries, won a game in the tournament, too. He and Drake defeated Wichita State in a First Four game before losing to USC in the first round.

DeVries spent 17 years on CU's staff as an assistant. He recently agreed to an eight-year contract extension with the Bulldogs, who finished 26-5 this year.

It adds up to a nirvana weekend in Bluejay hoops circles — on the sport’s biggest stage.

And Creighton Athletic Director Bruce Rasmussen hopes fans and alums are all tuning in with pride. He said their monetary and emotional investments into CU basketball led to this weekend's confluence of success.

“To me it just magnifies the support we’ve received from the community, from our season-ticket base, from the university — it doesn’t happen without them,” said Rasmussen, who’s in his 27th year as A.D.

Rasmussen’s point: To build a consistent, competitive winning program, you need a committed army of folks behind the scenes devoting resources and time to help prop up the team’s headliners.

Creighton has had that, he said. For decades.

And he hopes that means there will be countless individuals celebrating the CU connections in the Sweet 16 this weekend, just like he plans to.

“We wouldn’t be where we are today without standing on the shoulders of a lot of people who preceded us, and that’s the thing I take away from it,” Rasmussen said. “You think about all the people who’ve had a commitment to us. The support from the community. (This weekend) causes you to stop and reflect on all the people who are not in the spotlight.”

Normally, many of them would find their way to NCAA tournament venues this weekend.

When Moser and the Ramblers made their Final Four run in 2018, several former Creighton teammates were cheering from the stadium seats. When Altman clinched a spot in the 2017 Final Four with a win over Kansas in Kansas City, he had several friends from Omaha on site (including Rasmussen).

CU’s fans are notoriously devoted travelers in the postseason, and they would have packed the stands when the 2020-21 Jays made history this past weekend. But there’s a pandemic going on.

So most supporters will have to follow the fun from home.

That’s the plan for Nick Bahe, who played for Altman at CU from 2006-08. Bahe is a broadcaster for Fox Sports — and the Jays’ radio color commentator.

He won’t be in Indianapolis but he’ll enjoy this weekend all the same.

It’s a national showcase of Creighton hoops, he said, and a reminder of the work that went into building the program to its established standing in the sport.

“It makes sense that 10 years go by, 20 years go by, 30 years go by, you’d start to see more people prominent in the industry, having their roots traced back to Creighton,” Bahe said. “It all starts with the right people in place. And here (at CU), a collective group of people got together and decided that we’re going to make this important.”

Photos: Creighton vs. Ohio in the NCAA tournament

Creighton opens as big underdog to Gonzaga for Sweet 16 game

Creighton opened as a 13.5-point underdog to Gonzaga, and it's rare for the Bluejays to face such a lopsided spread.

Creighton basks in the spotlight, defeats Ohio with flair to reach Sweet 16

To make history Monday night, these veteran CU players couldn’t afford even a hint of timidity or hesitancy. This was the chance they had spent two years working for.

You may think college basketball has trended toward freshmen and transfers. But Dirk Chatelain points out that experience and consistency actually rule the Sweet 16. Just look at Creighton.

'This is my time': Christian Bishop is playing his best basketball in the NCAA tournament

On the court, Creighton's Christian Bishop looks like a guy who has something to prove.  “He’s playing at a really high level right now,” Jays coach Greg McDermott said.

NCAA tournament preview: No. 5 seed Creighton vs. No. 1 seed Gonzaga

Can Creighton hang with No. 1 overall seed Gonzaga? This Sweet 16 match-up breakdown includes three keys for the Jays for their Sunday showdown.

Shatel: Can undefeated Gonzaga go where few have been? It has to go through Omaha — again

Yes, Gonzaga looks every part of the best team in this year’s NCAA tourney. The Bulldogs have played like the best team all season. But Creighton is no slouch, writes Tom Shatel.

The World-Herald will have full coverage of Creighton basketball in the NCAA tournament. Follow along as the Bluejays tip off against Gonzaga at 1:10 p.m. 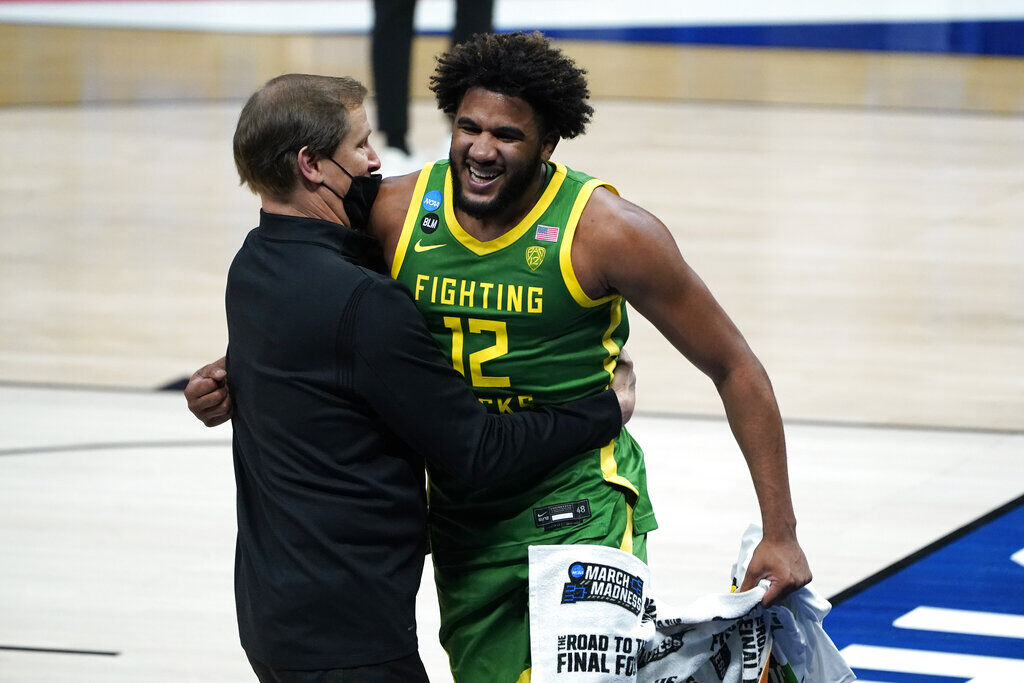 Oregon coach Dana Altman, Creighton’s all-time winningest coach, and LJ Figueroa celebrate after beating Iowa in the second round of the NCAA tournament. 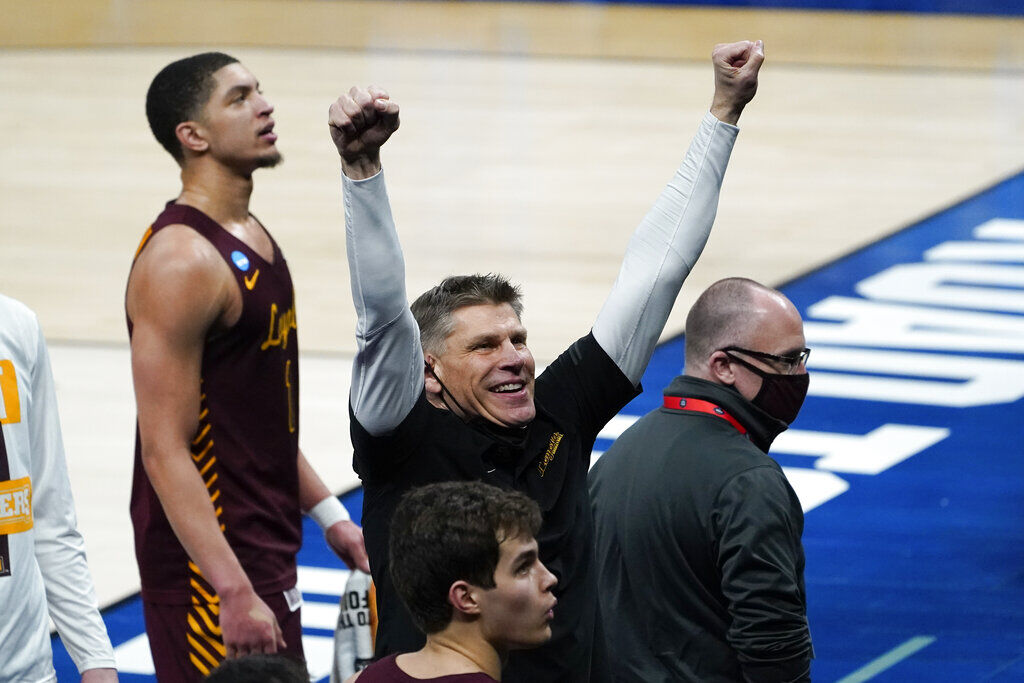 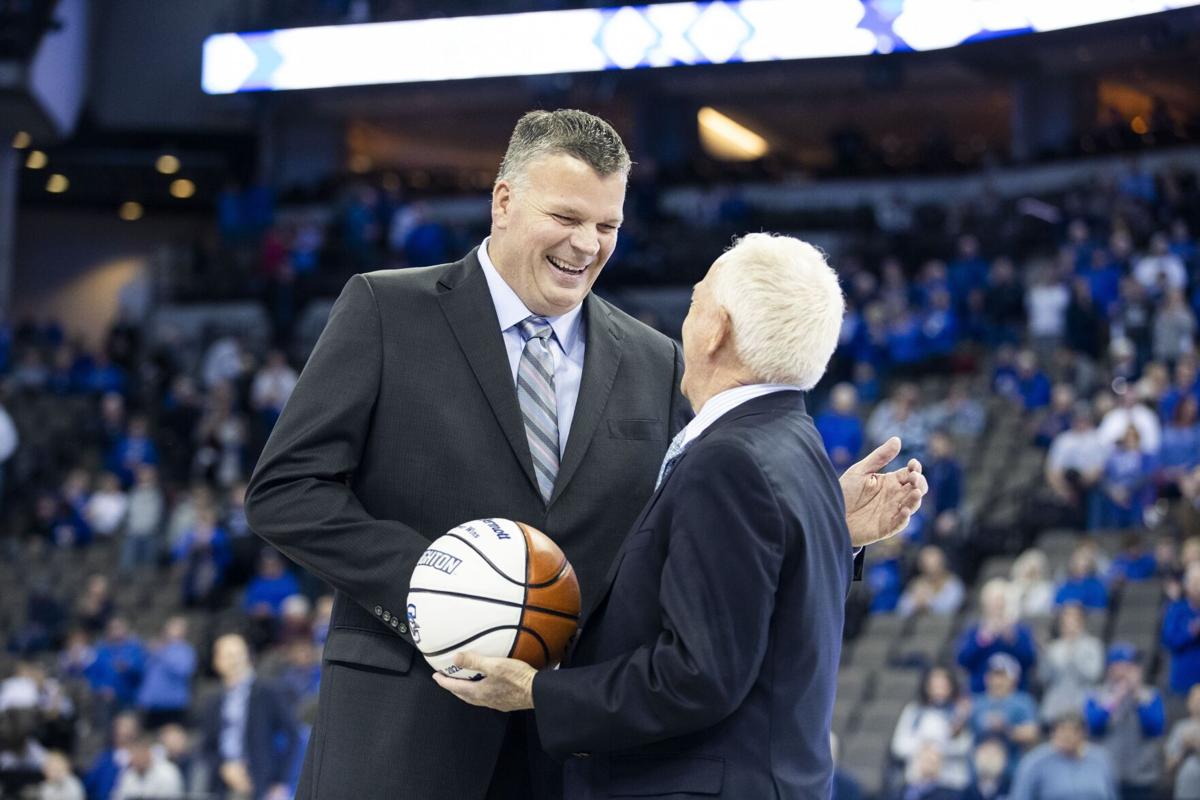 Athletic Director Bruce Rasmussen attributed the success of Creighton basketball players and alums to consistent support from the community, including fundraisers, visionaries, advocates, boosters and more. “To me it just magnifies the support we’ve received from the community, from our season ticket base, from the university — it doesn’t happen without them,” said Rasmussen.