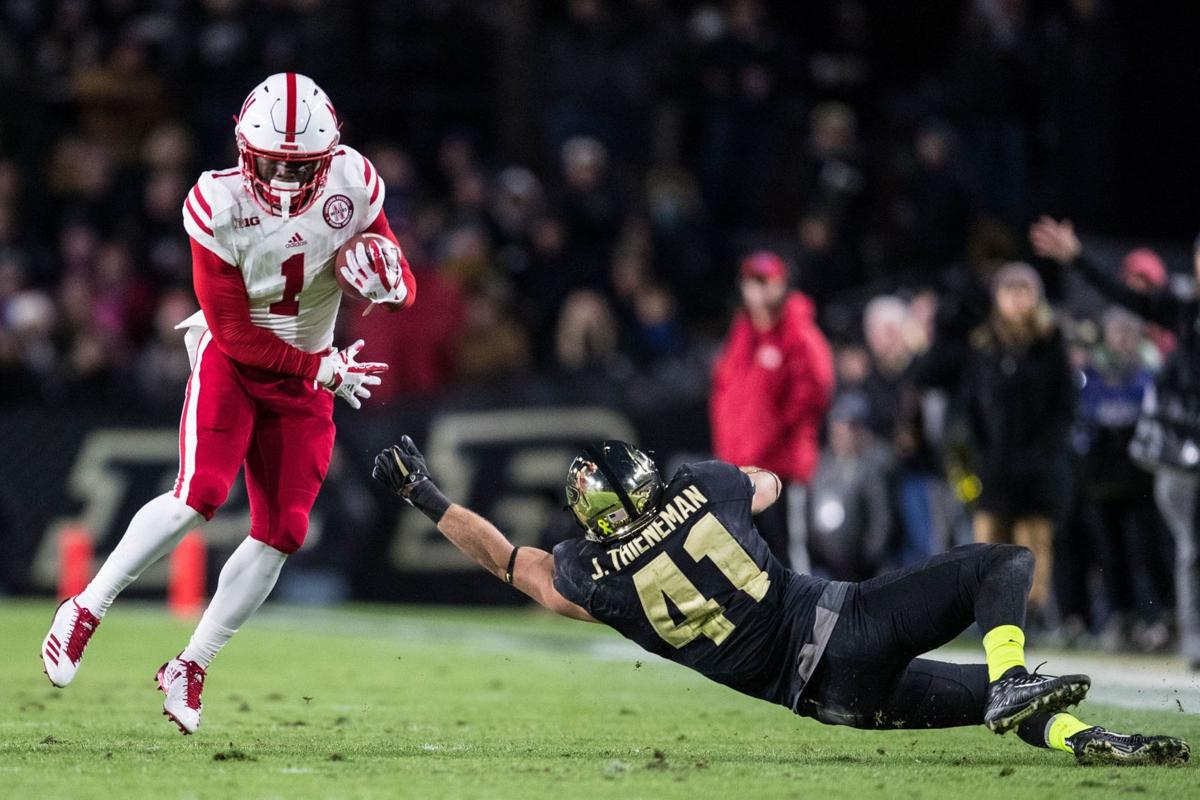 Tyjon Lindsey was one of two Nebraska players hospitalized with the exertion illness rhabdomyolysis. 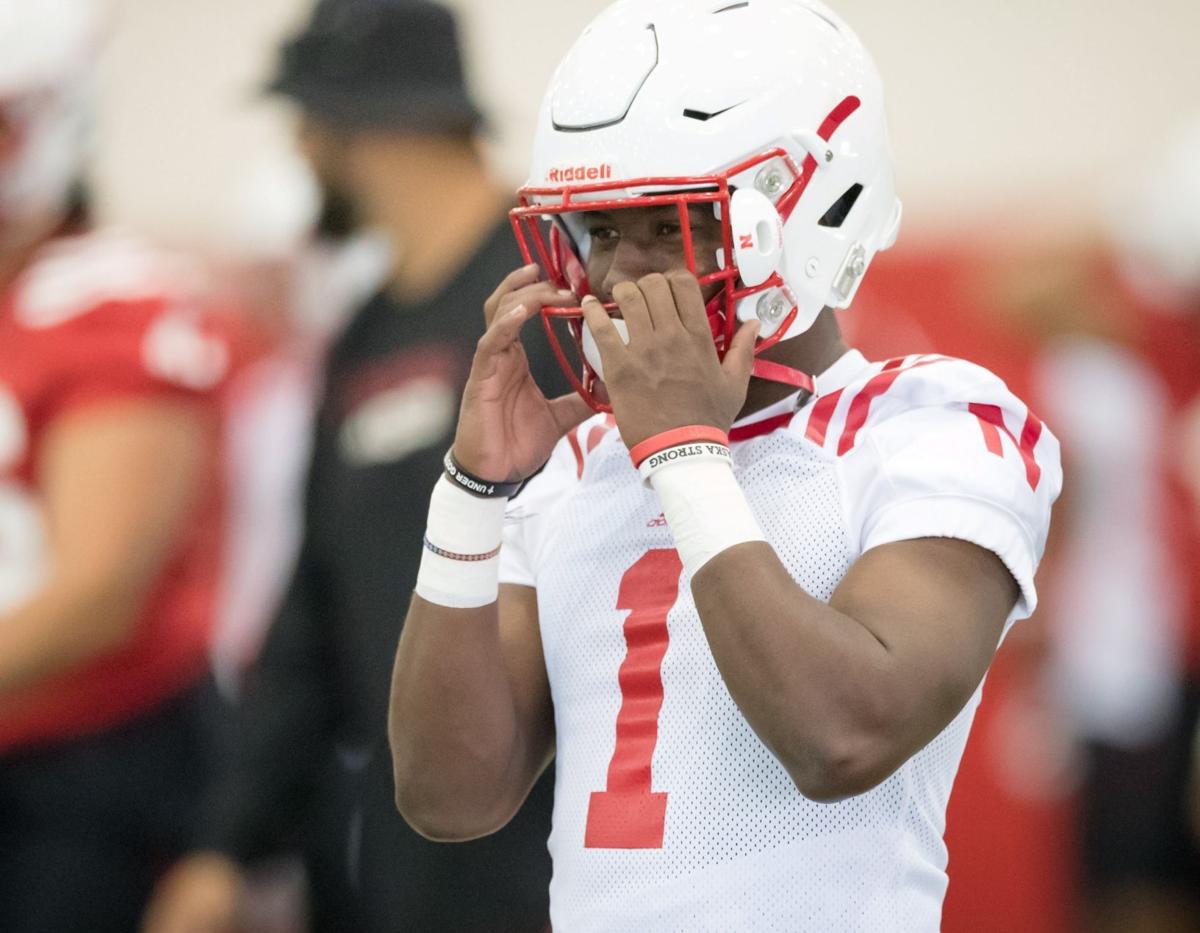 Tyjon Lindsey (1) during practice as the University of Nebraska Cornhusker football team practices at the Hawks Championship Center in Lincoln on Sunday, July 30, 2017. KENT SIEVERS/THE WORLD-HERALD

A source told The World-Herald the hospitalizations came after a workout last week. Nebraska officials did not confirm it last Friday or on Monday, but Frost himself called two news organizations, including The World-Herald, to confirm the news.

“Anything that happens in this program is my responsibility, and I feel terrible about it,” Frost said. “Hopefully we never have to go through this transition again, but we’ll certainly learn from it. It’s important people understand that player safety and well-being is our No. 1 priority. We certainly were concerned about this, and we’re really happy the players are in the clear now.”

In a statement to The World-Herald, Athletic Director Bill Moos said: “First, I fully understand the seriousness of this situation.

“I have total faith and trust in Scott Frost as well as his staff. One of the things that impressed me most during our discussions surrounding Scott’s hiring was his total commitment to the safety and well-being of his players.”

Moos said there will be no disciplinary action for the strength staff.

Rhabdo, as it is commonly known, results from the death of muscle fibers which then leak into the bloodstream and can cause serious kidney problems, according to the NCAA medical handbook.

Symptoms include muscle pain, inability to move arms and legs, dark red or brown urine, and in some cases, kidney failure. Lindsey was in the hospital for three days, Owen for two. Both are back with the team, Frost said.

“I’d never heard of ‘rhabdo’ until a few schools had had it, and my impression was always it happens when you do some crazy military-type workout or you run the kids until they drop. I just didn’t expect it to happen with us,” Frost said. “The workout that got them in trouble was a 32- to 36-minute weight workout. All they were doing is lifting. The workout was supposed to be longer than that, but Zach (Duval) cut it down to try and break the kids in, and I think the majority of the team reacted just fine, but there were a couple of kids who reacted poorly to it.”

Frost said there were trainers in the weight room to monitor kids and pull them out if they were struggling.

“And then the next day, and two days later, (Lindsey and Owen) were complaining of symptoms, and I think what really tipped people off was the discoloration of urine,” Frost said. “At that point we wanted to take any precaution as we could, so we got guys as much help as we could and got them to the hospital.”

Frost said he doesn’t put any blame on Duval, who was hired by Frost from Central Florida to lead Husker football strength and conditioning operations. Duval has extensive ties to Nebraska, including as a student assistant at Nebraska in 1994, a graduate assistant in 1995 and 1996, and an assistant football strength coach from 1997 to 2002 and in 2008.

“Zach Duval, my strength and conditioning coach, he’s been through transitions like this about five times and I have complete trust in him,” Frost said. “When we got in we were a little concerned about the conditioning of the team, so they did some baseline testing, some body composition work, and actually, for how Zach would normally roll out the conditioning program, he actually backed off that quite a bit, and we still had a problem. So there was a lot of attention paid to how this would go, and as much as we tried to be attentive to how they needed to start, we still made a mistake.”

A year ago, Oregon sent three players to the hospital with rhabdo after offseason workouts. The hospitalizations also came after an offseason without a bowl game, and a transition of coaches from Mark Helfrich to Willie Taggart. After the story broke in the Oregonian, Oregon suspended its strength coach and issued an apology.

In 2011, 13 players were hospitalized for rhabdo after offseason workouts at Iowa. Following an internal investigation, Iowa Athletic Director Gary Barta implemented recommendations on changes to the offseason weight training program.

Rhabdo usually occurs after an increase in workout intensity. With no bowl practice for the first time since 2007, Nebraska players were on their own to work out for winter break until winter workouts began in early January.

“I want kids to know their safety is our first priority, and we do feel bad about it,” Frost said. “Once I was made aware of it, they were in good hands on their way to recovery. I’m glad there were good people on campus to take care of them.”

Husker football coach Scott Frost was spotted wearing Yeezys, which will go over well with recruits.

Corbin Frederick has a stack of scholarship offers from Division II and FCS schools. But he’s never listed or posted them online. He was waiting for something better.

Zack Darlington, a prized quarterback in Nebraska's 2014 recruiting class, will not play his final season with the Huskers.

Scott Frost 'thrilled' with reception he receives recruiting for Nebraska

Before declaring early, Nick Gates did get a grade from NFL scouts about his projected draft standing.

World-Herald sports columnist Tom Shatel shares his thoughts on how Scott Frost handled players that were hospitalized following an offseason workout and Nebraska basketball's hopes of reaching the NCAA tournament.

James Rodgers is not only returning to his alma mater at Oregon State, but following Mike Riley, Trent Bray and Dan Van De Riet back to Corvallis.

Carriker Chronicles: Cam'ron Jones on his decision to commit to Nebraska and more

All year round, former Husker and NFL veteran Adam Carriker is taking the pulse of Husker Nation. In Wednesday's episode, Carriker is joined by recent Husker pledge Cam'ron Jones to discuss his decision to commit to NU and more.

Recruiting: Nebraska's search for a 2018 offensive tackle coming down to three finalists

Nebraska is determined to sign an offensive tackle in its 2018 class, and with the Feb. 7 national signing day a week away, the serious candidate pool numbers three.

Enjoy this. Be in the moment. Nate Gerry keeps trying to remind himself — and friends and family — of that this week. He’s a rookie playing in the Super Bowl with the Philadelphia Eagles. Teammates, who have been waiting their whole careers for this, remind him he’s lucky.

Catch up on everything you might've missed during Wednesday's episode of "The Bottom Line."

Where are they now? A look at the 2016 Husker recruiting class

Before the 2018 class comes together for signing day next week, here's a breakdown of Nebraska's 2016 signing class — all 21 members — and where each player stands heading into next season.

Rhabdo, which sent 2 Huskers to hospital, is rare but can happen to anyone who works out too hard

It can strike weekend warriors, high school athletes or anyone who suddenly tackles an intense fitness routine they aren’t prepared for, doctors say.

Where are they now? A look at the 2017 Husker recruiting class

Before the 2018 class comes together for signing day next week, here's a breakdown of that 2017 class and where each player stands heading into next season.

Tyjon Lindsey was one of two Nebraska players hospitalized with the exertion illness rhabdomyolysis.

Tyjon Lindsey (1) during practice as the University of Nebraska Cornhusker football team practices at the Hawks Championship Center in Lincoln on Sunday, July 30, 2017. KENT SIEVERS/THE WORLD-HERALD