The Nebraska defensive back laughs — it isn’t a coincidence. Originally from Miami, he’s often a host for players touring the school from the Sunshine State. NU brought 11 official visitors from Florida this fall, and the senior probably spoke to all of them.

But Bootle already knows what they are wondering; he was in the same spot a few years earlier.

Would they get homesick if they joined the Huskers? Bootle doesn’t — staying busy watching film or getting in extra work helps.

Can they thrive in a colder climate? Bootle points to his 25 straight starts and the fact that most NFL teams play in the snow.

The senior-to-be figures that if recruits can get over those two worries, coming to Nebraska is an easy call. Coaches, academics, fan support — it all meshes well for teenagers who grow up under the sun loving the sport.

“Florida guys play hard and really take football seriously, just about as serious as they take anything else in life,” Bootle said. “A lot of guys find solace in football. A lot of guys down there, football is all we really got.”

Nebraska hit Florida hard for the 2020 cycle. It plucked seven prep signees from the state, the most in program history. The area remains a priority for coach Scott Frost and his staff, most of whom worked together for two years at Central Florida and maintain ties and influence throughout the panhandle.

Much of the credit with this particular class goes to defensive backs coach Travis Fisher, Frost said this week. The assistant was a star player at Central Florida from 1999-2001, went to the NFL and returned to his alma mater to coach before Frost arrived.

Fisher has often said Florida talent can be misunderstood and that honest relationships are key. They don’t care about Disney World or the beach. They generally go through rougher recruiting processes than most.

“They’re told, ‘Hey, you’re going to be the next this,’ ” Fisher said in an interview with The World-Herald in February 2018. “The next day the coach leaves to take a job. That could happen to pretty much every one of those kids. And it’s happened so much in college football to these kids (that) they’re getting a little smarter and deciding, ‘Hey, man, I’m going to go be around great people.’ ”

That was true with much of NU’s 2018 class, which featured eight Florida natives (six preps) after the Huskers had never landed more than three. Cornerback Braxton Clark had his offer from Virginia Tech pulled late in the signing period when the school landed a player it liked better. Safety Deontai Williams decommitted from Florida twice after a coaching change.

Most of Nebraska’s incoming freshmen from the state walked turbulent paths to Lincoln, as well. Consider:

» Outside linebacker Keyshawn Greene (Crawford) was committed to Florida State for 20 months before a coaching change prompted a late visit to Nebraska. Frost this week called it a “miracle” the Huskers landed the consensus four-star prospect.

» Safety Jaiden Francois (Homestead) had previously pledged twice to Miami. His signing day included an emotional one-hour delay of the ceremony after someone falsely told him Fisher was leaving the Huskers. He sorted it out and eventually signed.

» Miami natives Marcus Fleming and Henry Gray were both committed to Miami, with the receiver Fleming part of the Hurricanes’ class for more than a year. Both altered course because neither felt good about the direction of the program.

» Running back Marvin Scott (Port Orange) was briefly pledged to Wake Forest, while defensive back Ronald Delancy (Miami) was previously committed to Louisville.

» Only defensive back Tamon Lynum (Orlando) had a clean process. Nebraska was his first Power Five offer, and in June, he became the first defensive player to commit to the class.

Nebraska’s evaluation in Florida includes more than 40-yard-dash times and game film. Frost said the staff focused on kids it thought were wanting to leave the state and experience something new. The coach cited his own experience — living in 13 states as a football player or coach while chasing the game — as an example of how beneficial it can be to leave one’s comfort zone.

“I think some of those kids saw that and saw that they would always have their family and friends at home and they could always go home,” Frost said. “But if they didn’t take a chance and try something like this then that’s all they would ever know. I think we did a good job identifying the kids that would be willing to go out of state.”

While Fisher found the most success in this cycle, other assistants scour the area, as well.

Outside linebackers coach Jovan Dewitt was a Florida Atlantic assistant in 2012-13. Tight ends coach Sean Beckton is a former player and hall of famer at Central Florida who worked 17 years at the school and also spent time with the AFL’s Orlando Predators. Inside linebackers coach Barrett Ruud enjoyed a standout career with the Tampa Bay Buccaneers in the mid-2000s.

While Nebraska didn’t land any Floridians in 2019, its 2018 group has had mixed results so far.

Two never made it to campus, while three others — Justin McGriff, C.J. Smith and Miles Jones — have since left the team. Junior college receiver Mike Williams graduated after a mostly quiet career. Deontai Williams and Clark are both trending toward significant roles in the secondary next season.

Other players of like origin have also been underwhelming under previous Nebraska staffs. That includes Floridians Willie Hampton, Guy Thomas and Broc Bando in 2017 (only Bando is left, and the former Lincoln Southeast athlete who transferred to IMG Academy has mostly been a reserve). Of 13 signees between 2013 and 2017, three could be considered impact players: Kevin Maurice (2013), Chris Jones (2014) and Bootle (2016).

“Guys that have stuck through it here, for the most part, have done really well,” Bootle said.

“You’d be amazed how many kids want to come be a part of Nebraska football, especially with the coaching staff not changing,” Fisher said. “People will follow you around because they know at the end of the day they’re going to be taken care of. That helped a lot in recruiting and it wasn’t a recruiting tactic. It’s just who we are.”

Outside linebacker Junior Aho not signing with Huskers

New Mexico Military Institute outside linebacker Junior Aho — who had been verbally committed to NU sight unseen — is reopening his recruitment and not signing with the Huskers.

Nebraska’s 2020 recruiting class included one of its largest hauls of junior college players since the Huskers joined the Big Ten.

In honor of the NFL's 100th season, the Hall of Fame is electing a 15-member "Centennial Slate."

One of the highest-rated players in NU’s 2020 class, the talented receiver signed his letter of intent Thursday. He participated in a signing ceremony Friday at Bellevue West.

How successful is Scott Frost in turning official visitors into signees?

Since being hired in December 2017, Frost has welcomed 121 recruits on official visits.

McKewon: Husker football had a good recruiting haul, but the Big Ten West was also better than ever

The fact Jeff Brohm and Purdue could string back-to-back top-30 recruiting classes together off of a 10-15 record is a testament to the rising tide of Big Ten recruiting.

McKewon: Recapping 25 of the top signees in the Big Ten

Each year, The World-Herald recaps some of the top signees in the Big Ten, including at least one player from each team and multiple signees from the programs that had the highest-rated classes.

McKewon: A look at Husker football's top prospects in the 2021 recruiting class

Take a look at the names that should pop up frequently in Husker football recruiting reports, starting with the in-state and 500-mile prospects.

“I would say it probably doubles your chances of contributing or playing as a freshman,” Scott Frost said about signees enrolling early. Check out which future Huskers will be on campus in January.

Shatel: Gather round, everybody. It's time for the Big Red Christmas Carol

In a sudden flash of light, a figure appeared before me. Yep. It was the Ghost of Bowl Games Past.

Check out the 26 Huskers selected to the 2010s Nebraska football all-decade team.

The Huskers and Boilermakers square off in Memorial Stadium on Sept. 5, 2020.

The game kicks off at noon from the Alamodome in San Antonio and will be televised on NBC.

Nebraska has its foot all the way in the door of Miami Northwestern High School after signing two Bulls — receiver Marcus Fleming and cornerback Ronald Delancy — in the 2020 class. 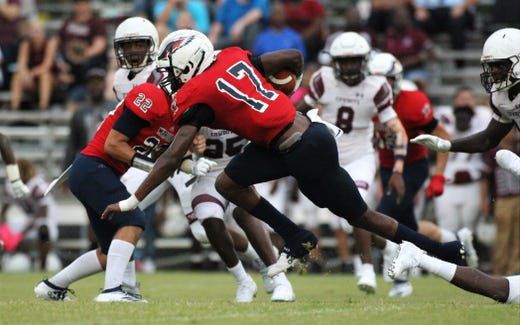 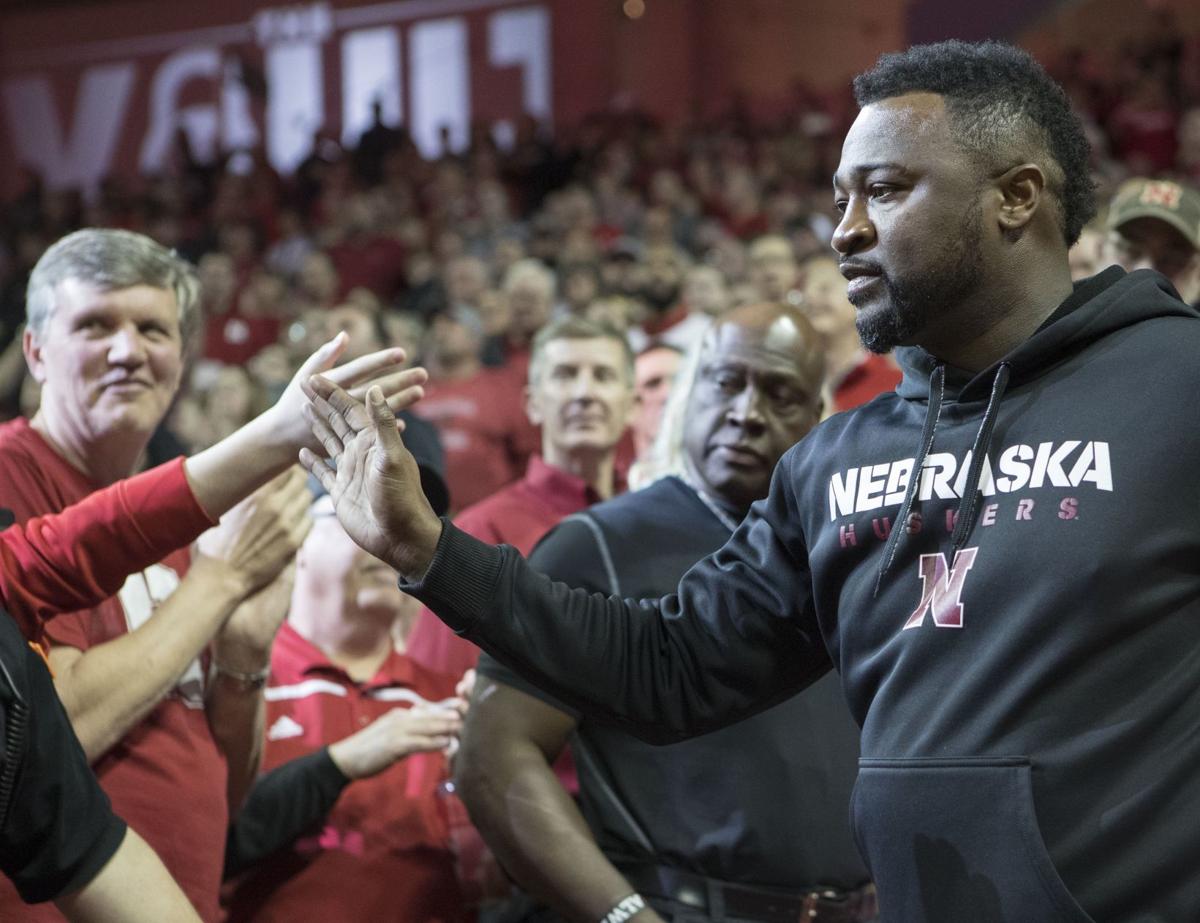 Defensive backs coach Travis Fisher has often said Florida talent can be misunderstood and that honest relationships are key. They don’t care about Disney World or the beach. They generally go through rougher recruiting processes than most. 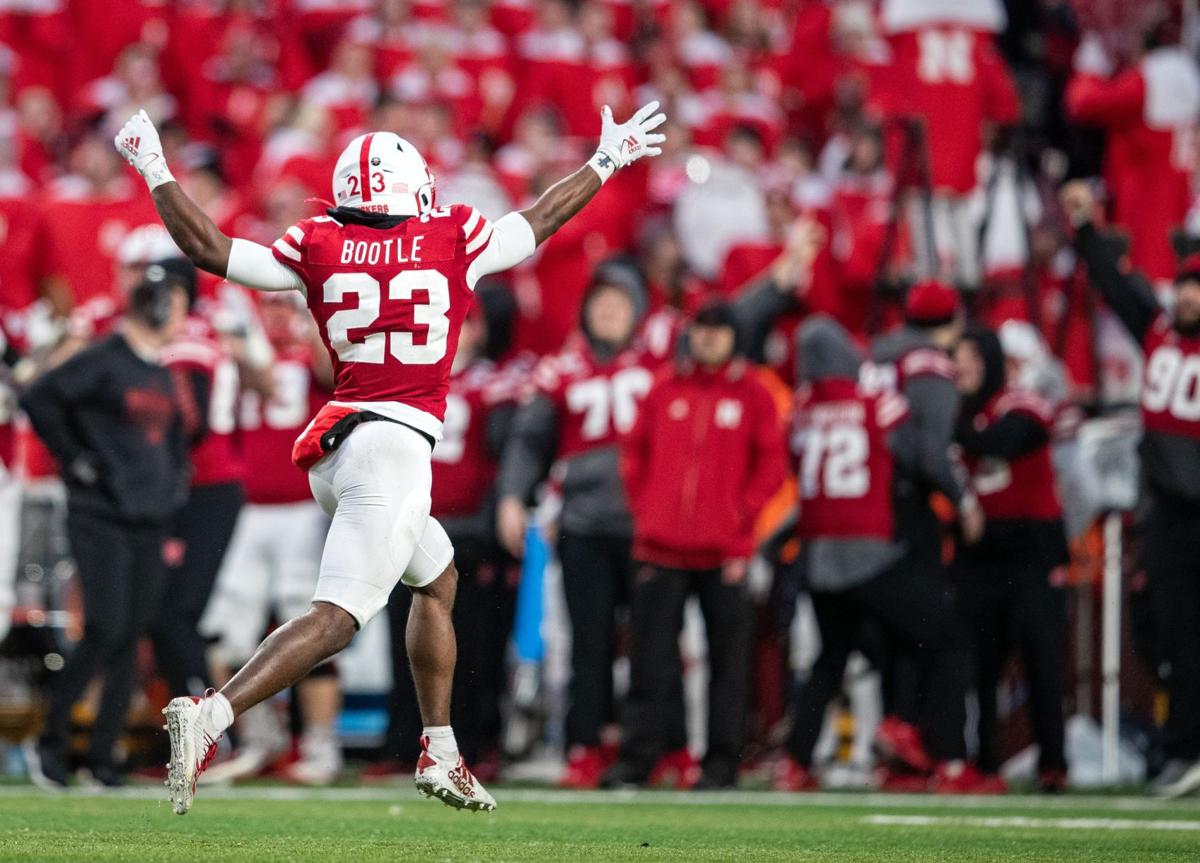 “Florida guys play hard and really take football seriously, just about as serious as they take anything else in life,” Florida native Dicaprio Bootle said. “A lot of guys find solace in football. A lot of guys down there, football is all we really got.”