LINCOLN — Just before the most memorable moment of Nebraska’s decade of football, I saw one of the best plays of my life.

You know the moment. Northwestern 2013, Ron Kellogg’s Hail Mary pass to Jordan Westerkamp, with a tip assist from Quincy Enunwa. It made grown men weep and produced an epic roar. Do you remember the great play before it?

That would be Ameer Abdullah’s catch-and-run on fourth-and-15. He gained 16 yards. He caught Kellogg’s pass 7 yards from the first down. He faced a triangle of defenders. All three should have tackled him, but Abdullah, going right into the storm, slithered past all three, extending the ball 1 yard past the first-down marker.

“People will probably forget that play by tonight or tomorrow,” Nebraska coach Bo Pelini said afterward. “But that play was huge.”

I never forgot. It was the second play I thought of when drawing up NU’s all-decade team — which is a darn good team.

The first play belonged to the best player of the decade, Lavonte David.

On his way to the most prolific two-year career of any NU defender, David and his teammates faced long odds in the 2011 Ohio State game. The Buckeyes led 27-6 and the crowd was openly booing the home team in the rain. We all know now what Pelini thought of those fans in that game.

But David forced a fumble by quarterback Braxton Miller. That fumble set up a Husker touchdown and kicked off the biggest comeback in school history.

Abdullah and David are two of the four captains for NU’s all-decade team. The other defensive captain is Maliek Collins, the hard-working, tough-as-nails, zero-complaining defensive tackle in the middle of the decade. The other offensive captain, of course, is the folk hero of Husker football.

He’s the workhorse whose best year, 2011, included a school-record 38 carries against Iowa. NU grinded out a 20-7 win that day while seemingly half of the team was injured. Burkhead wasn’t 100 percent, either.

His school-record carry was a kneel-down that Burkhead accepted reluctantly.

“All right,” Burkhead told his teammates that day. “I’ll do it for you guys.”

The photo that ran in The World-Herald on the Saturday after Thanksgiving captures Burkhead at his best. He’s leaping into (or out of) a tangle of Hawkeyes, heedless of potential injury. That was Burkhead.

He went into his senior year, 2012, as a legitimate Heisman Trophy candidate. A knee injury derailed it.

It also opened the door for Abdullah to carve out one of the great careers in Husker history.

He was one of three running back recruits in the 2011 class.

He was less heralded than Aaron Green and Braylon Heard, to boot. Abdullah beat both of them out. Both transferred. Abdullah stayed and rushed 4,588 career yards — second on NU’s all-time list behind Mike Rozier.

Burkhead clocks in at sixth all time with 3,329 career rushing yards. Roy Helu — who played in 2010 — had 3,404. Quarterback Taylor Martinez — also on the all-decade team — is in ninth with 2,975 yards. Two more runners — Devine Ozigbo and Terrell Newby — finished with more than 2,000 rushing yards to make the Huskers’ career top 30.

It was, in fact, a great decade for Nebraska running backs. These 10 seasons include a lot of pain for Husker fans — especially in 2017, 2018 and 2019 — but the team averaged at least 200 yards per game in seven of the 10 years. (Mike Riley’s three seasons as coach are the exception.)

It was the decade of junior college players, too, on defense.

Though our all-decade team will create some debate on that side of the ball, five members of the defense came from jucos, including David and Randy Gregory, the best pure pass rusher of the decade. Close your eyes and remember when Gregory, like a puma, pounced on Michigan State’s Connor Cook in the 2013 game. Nebraska could use a player like that again.

The coach for this team is Pelini. He recruited and developed most of it, after all. There are only two players on the team that don’t belong to his era in one way or another.

Pelini remains a divisive figure in the Nebraska fan base — at times it seemed like Pelini was a house divided unto himself, frankly, a Jekyll and Hyde figure — but the successes of the decade belong to him.

If it’s Scott Frost calling the plays in 2010, though, it might have been Nebraska, not Oregon, in the BCS national title game. Imagine Frost’s creativity with Martinez. (You might get to, since Logan Smothers runs a lot like Martinez.)

How in the heck did the 2010 Huskers lose four games again? Oh yeah — by scoring 13, six, 20 and seven points in their losses. It would have been fun to see Frost get a crack at running that 2010 offense.

Interestingly, I think both teams played more of a role in the eventual departure of their respective coaches — Pelini and Riley — than the “poorer” seasons.

The 2015 Michigan State win was the most thrilling, especially with Brandon Reilly — a guy I never saw without a smile on his face, like he’d just pulled a prank — scoring the winning touchdown against the whiny Spartans. The 2016 Oregon game was the loudest I’ve ever heard Memorial Stadium. The Hail Mary was cool, of course.

But the night the lights really went out in Nebraska was Miami 2014, a 41-31 Husker win, the frothy crowd, the 1994 team reunion, Abdullah rushing for 229 yards, a fight in the middle of the game. Yep, it all felt right.

Nebraska could do far worse than to remember that anthem in the next decade of football to come.

How Nebraska fared against the spread in 2019

The brand new sportsbooks at Iowa casinos put up big numbers in their first 3½ months of operation, fueled in part by Nebraskans crossing the border to place bets that are illegal in their home state.

Let’s not kid ourselves. There’s a whole lot of ugly for the Big Ten in the past half-century of the Rose Bowl.

Shatel: Gather round, everybody. It's time for the Big Red Christmas Carol

In a sudden flash of light, a figure appeared before me. Yep. It was the Ghost of Bowl Games Past.

Omaha native opens up about his first season without football. Major injuries pushed Paul down a road to depression.

“I would say it probably doubles your chances of contributing or playing as a freshman,” Scott Frost said about signees enrolling early. Check out which future Huskers will be on campus in January.

McKewon: A look at Husker football's top prospects in the 2021 recruiting class

Take a look at the names that should pop up frequently in Husker football recruiting reports, starting with the in-state and 500-mile prospects.

McKewon: Recapping 25 of the top signees in the Big Ten

Each year, The World-Herald recaps some of the top signees in the Big Ten, including at least one player from each team and multiple signees from the programs that had the highest-rated classes.

How did Husker coaches land most Florida prospects in program history? Honest relationships

“Florida guys play hard and really take football seriously, just about as serious as they take anything else in life,” Dicaprio Bootle said. “A lot of guys find solace in football. A lot of guys down there, football is all we really got.”

Little did we know on Jan. 1, 2010, that our little corner of the sports world was about to be turned upside down and shaken.

Heady: 2010s had ups and downs, but Nebraska basketball all-decade team can compete with anyone

The 2010s brought some of the brightest moments in Nebraska basketball history. And what’s most clear is through the struggles of scoring droughts and firings and shocking losses, the all-decade team for Nebraska basketball could contend with most any decade.

Naked strangers plus missing legs, bikes, dogs and toes — our weird tales of 2019

Many of the weirdest stories of 2019 out of the Omaha-Council Bluffs and Lincoln areas involved guns or vehicles. Or guns and vehicles.

The Huskers and Boilermakers square off in Memorial Stadium on Sept. 5, 2020.

The 75-year-old Solich will conclude his 15th season at Ohio on Friday against Nevada in the Famous Idaho Potato Bowl.

Carriker Chronicles: Breaking down potential transfer targets for the Huskers

On Monday's episode, Adam Carriker analyzes the two teams playing for the National Championship — LSU and Clemson — and breaks down what the Huskers could takeaway from watching each team's offense and defense.

Nebraska outside linebacker Jordan Paup has entered the transfer portal.

Nebraska extended its renovation at outside linebacker into the 2021 class Thursday as Randolph Kpai announced his commitment to the Huskers.

Nebraska received a commit Thursday from Randolph Kpai. Check out three takes on the decision of the outside linebacker. 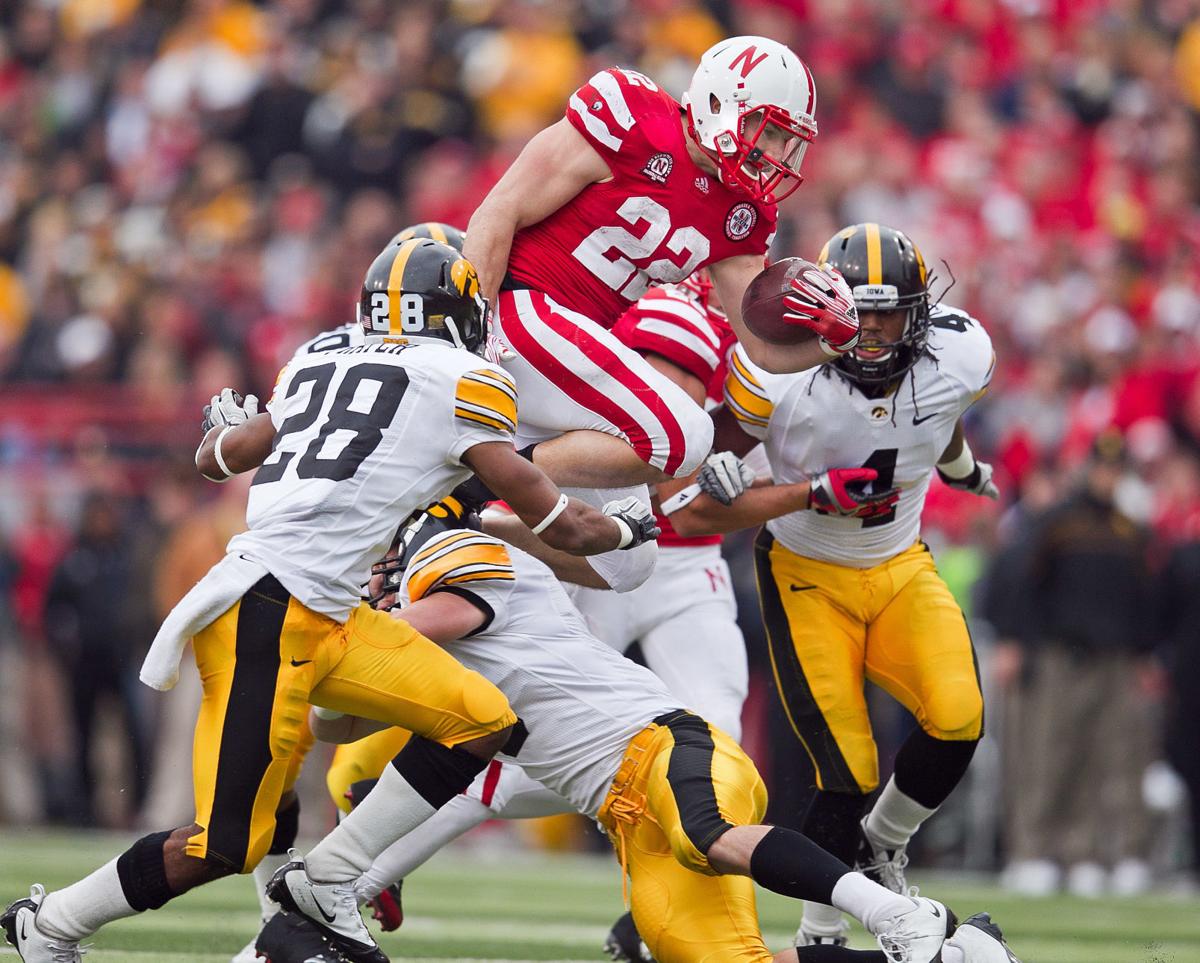 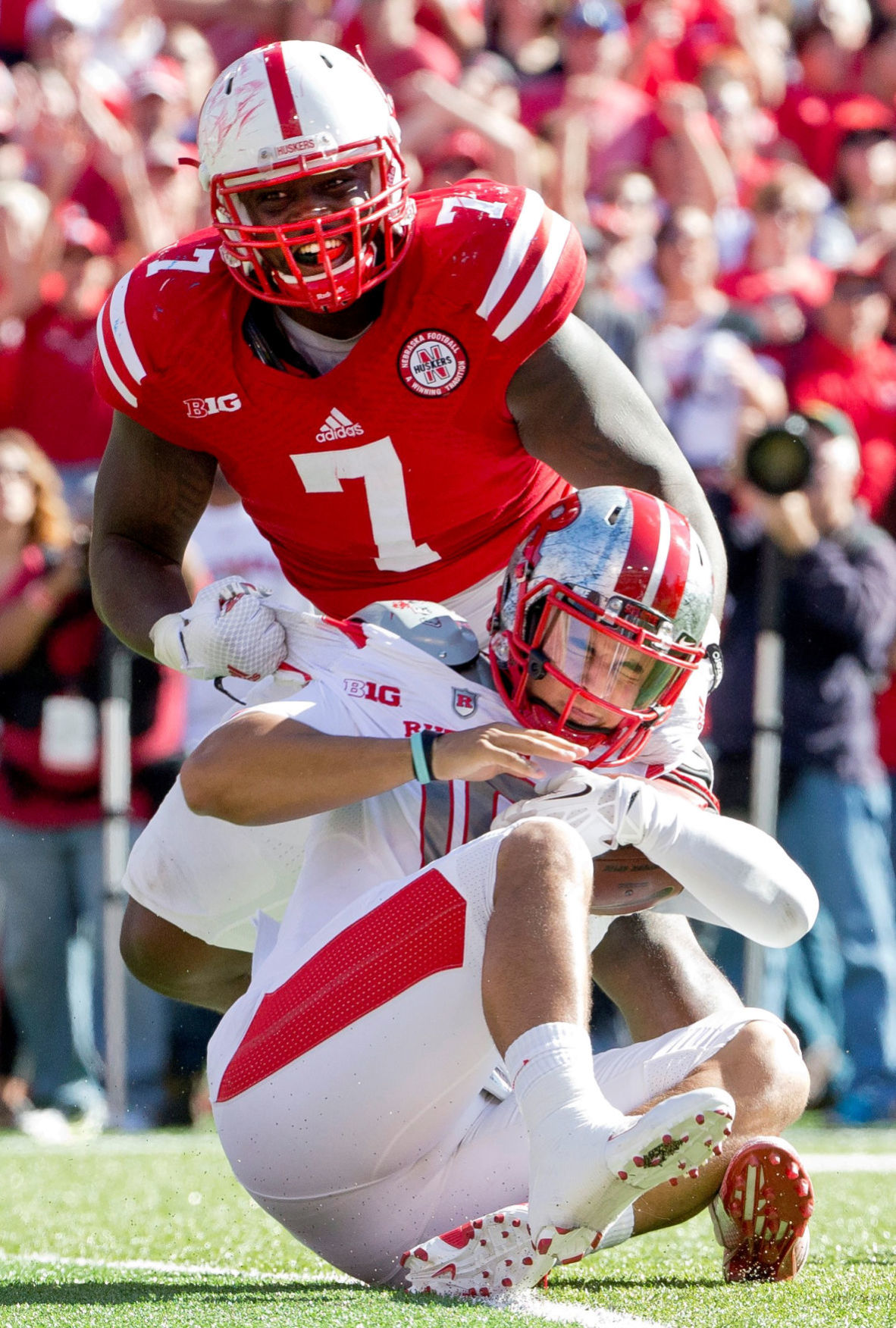 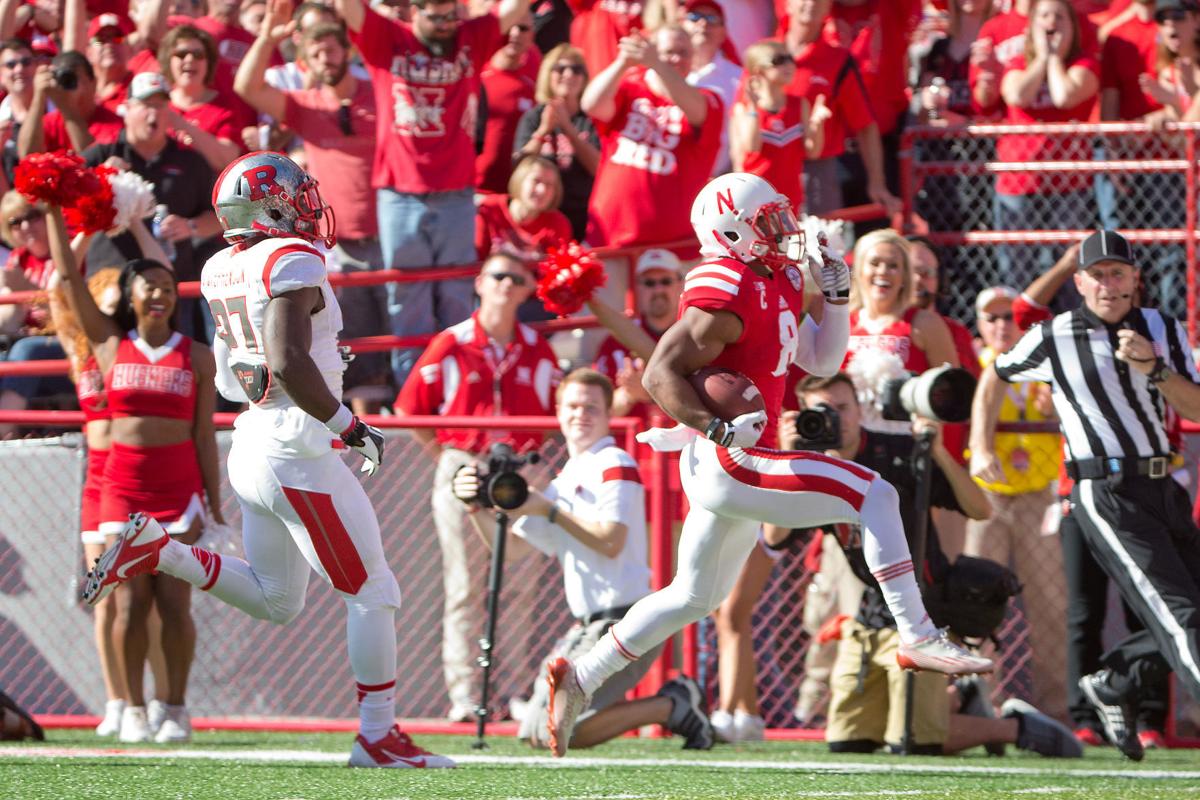