“Don’t recognize a lot of these guys,” he said.

The practice became common at the beginning of Nebraska’s 7-25 season. There were 13 new players, 11 new on scholarship.

It was an unprecedented rebuild, what Fred Hoiberg and assistant Matt Abdelmassih did last spring. In 34 days, they gutted Tim Miles’ final roster and filled it with their own guys. Of that group, two were seniors. On paper, it seemed, there’d be a core group of players to rise through the years together and build the program.

But the reset button has been hit again this offseason. Prepare to study the program again next fall.

Nebraska currently has one open scholarship after the departures of Dachon Burke and Jervay Green. Cam Mack has declared for the NBA draft and still technically counts toward a scholarship, but his return is becoming increasingly unlikely.

Which means Hoiberg and crew will welcome at least two more players to the roster. That’d mean six new scholarship players, and that assumes no one else jumps ship. Add that to the three sit-out transfers, and that’s potentially a brand-new nine-man rotation.

Which seems a bit absurd on the surface. But a peek back at Hoiberg’s history proves it’s business as usual.

From 2010 to 2015 at Iowa State, the Cyclones added, on average, seven new names to the roster every offseason. And that does not include players who sat out the year prior and became newly eligible. In the offseason after Hoiberg’s third season, he brought in eight new guys, including heavy contributors who helped bring two straight Big 12 conference tournament titles: DeAndre Kane, Jameel McKay and Monte Morris.

With all the roster turnover, Iowa State often ranked near the bottom of college basketball in minutes continuation year over year. On average, it brought back 40% of its minutes. The national average from 2010 to 2015 was about 50%. The minutes continuation for power conference regular-season winners for the 2019-2020 season was 51.7%. Maryland and Seton Hall, which both shared conference titles, came in at 77.1% and 68.9%. Kentucky and Kansas — which often bring in star freshmen — were at 43.1% and 36.8%. Creighton was smack in the middle at 55.5% and is slated to bring back more than 60% next year.

As it stands now, Nebraska will bring back 35% of its minutes, with Yvan Ouedraogo, Thorir Thorbjarnarson, Akol Arop and Kevin Cross. It’d be the fourth time Hoiberg brought back a roster with 35% or less of its minutes from the year prior.

From Year 1 to Year 2 at Iowa State, it was 30.6%. The Cyclones went 23-11 and beat Connecticut in the first round of the NCAA tournament.

Chris Heady covers Husker football and is the Nebraska men's basketball beat writer. He started at The World-Herald in 2017. Follow him on Twitter @heady_chris. Email: chris.heady@owh.com.

Nebraska and Kansas State men’s basketball are set to play three times over the next three seasons in three different locations, The World-Herald confirmed Wednesday.

While Tim Miles awaits his return to coaching, he delivers snark from his couch

The coaching carousel, usually churning at top speed around this time, has shuddered to a halt in the wake of coronavirus.

Bill Moos wants Huskers to rise in Directors' Cup standings. This year they won't get the chance

The Directors' Cup, which measures athletic department-wide success, was canceled for this year after the coronavirus shut down college athletics.

Dachon Burke played one season for the Huskers after being recruited by Tim Miles.

Jervay Green enters transfer portal after one season with Huskers

He was recruited to Nebraska by Tim Miles, then stayed committed for Fred Hoiberg’s first season.

Coaches got some concrete answers Monday as to how the athletic department will operate in the coming weeks.

Rewind: The coronavirus took away our sports, but don't fret. There are still stories out there

You, Nebraska fan, may think you’re ready for the long silence brought on by prudent measures to contain the coronavirus. Perhaps you are. Perhaps, well, maybe not.

Until NCAA votes on eligibility relief, the fates of Husker baseball seniors are up in the air

Six Nebraska seniors' college baseball fates hang in the air like an infield popup. They and every other Division I spring program will receive some clarity Monday when the NCAA DI Council votes on student-athlete eligibility relief for spring sports.

Nebraska basketball's Dachon Burke has transferred to South Alabama, according to Jeff Goodman.

This is one of my favorite interviews, and two weeks ago I didn’t think it would ever happen., writes Tom Shatel. Meet basketball legend Jerry Krause, who hails from Cedar Bluffs, Nebraska.

Nebraska currently has one open scholarship on the 2020-21 roster, but more spots could open.

The growing pains were evident, but did the Huskers successfully install Fred Hoiberg's system?

In his first year, Hoiberg chose to play a system that didn’t necessarily fit his roster. 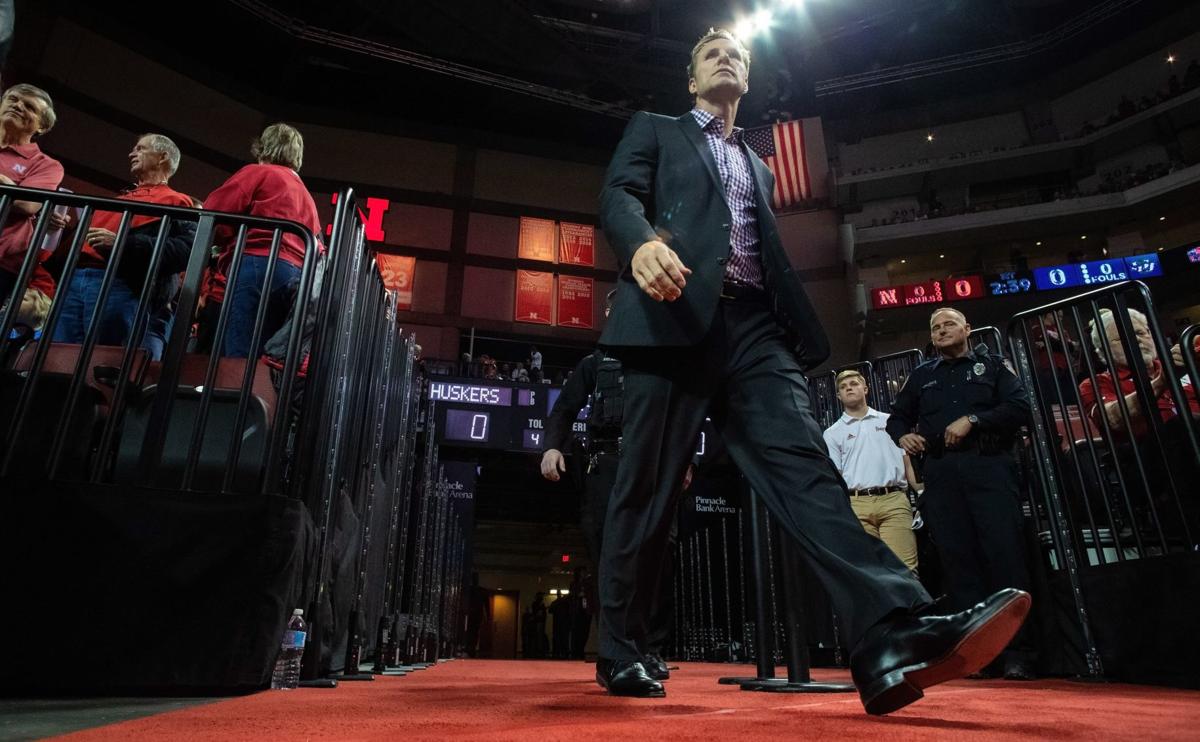 Nebraska basketball's roster turnover may seem absurd on the surface. But a peak back at Fred Hoiberg’s history proves its business as usual. 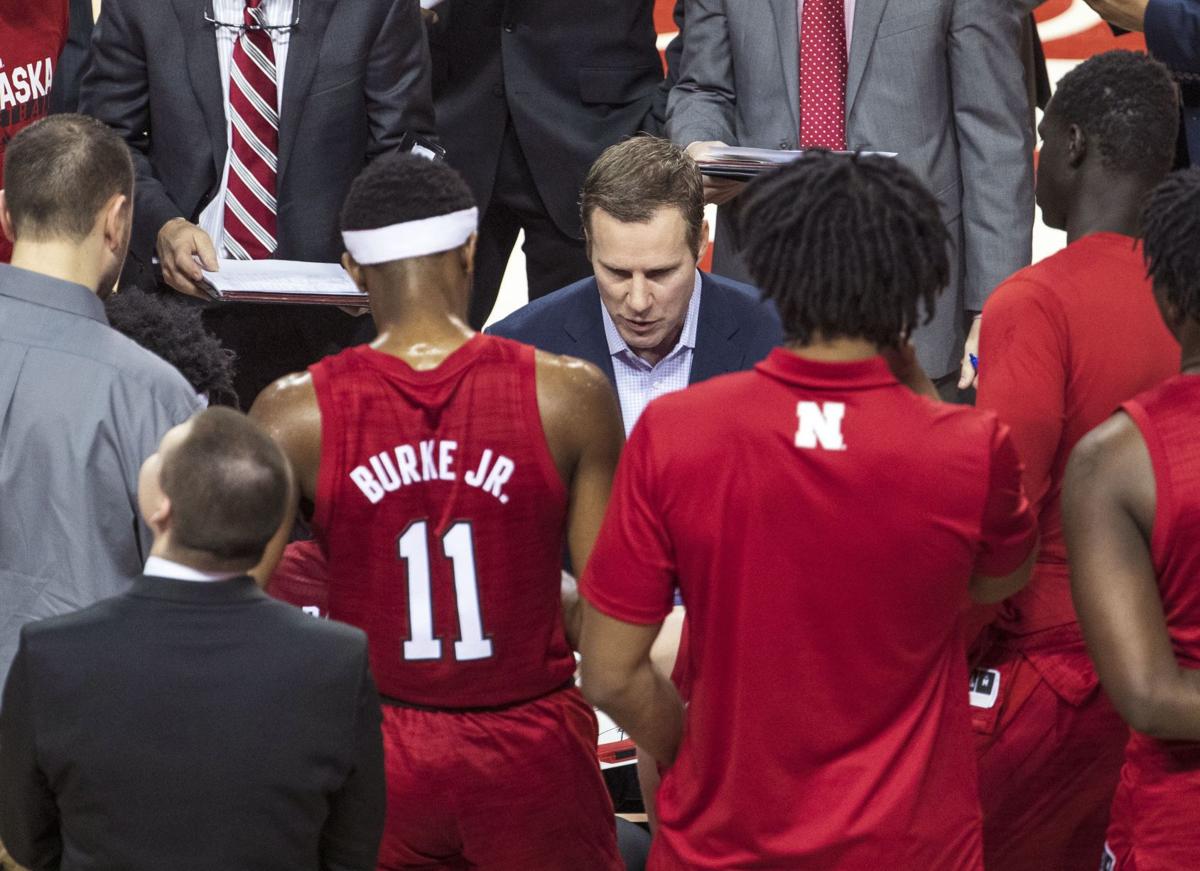 It was an unprecedented rebuild, what Fred Hoiberg and assistant Matt Abdelmassih did last spring. In 34 days, they gutted Tim Miles’ final roster and filled it with their own guys. But the reset button has been hit again this offseason.