LINCOLN — Think for a moment about the last time you saw Nebraska in Memorial Stadium. Snow danced in the wind as the crowd, chilled but thrilled from the upset of Michigan State, showered love on NU’s defense — proud and defiant — playing its best game in a tough season.

The top defense that runs out of the tunnel for Saturday’s spring game appears to have bottled up the momentum and energy from that chilly afternoon and taken it into 2019.

Spring games always tend to manufacture points, especially when younger walk-ons populate the field in the second half. But for all the worries NU’s defensive struggles kicked up last season, a seasoned bunch — full of fourth- and fifth-year players — has for now answered some of the coaches’ questions.

“The defense has been on point,” coach Scott Frost said.

Said defensive coordinator Erik Chinander: “I don’t think we’re ready to go play in the College Football Playoff right now by any stretch of the imagination, but I’m pleased with where we’re at.”

It doesn’t take long to find the source of motivation, either.

Williams, a fourth-year junior, hasn’t been through every one of the defense’s low points in the past four years, but he endured last season, which had more than its share of groaners. The former junior college star turned down a buffet of SEC offers to venture north to the Big Ten.

He backed up more experienced safeties last season, waiting his turn as bigger, stronger teams blasted holes through the defensive front or — in a gut-punch loss at Northwestern — threw around and over NU’s fatigued secondary.

Williams, almost certain to be one of NU’s top three safeties, has watched competition ratchet up this spring as defenders settle into the second year of Chinander’s scheme. All but one defensive position coach is the same as last year. The system is the same. The 3-4 alignment is the same. There’s no new tackling regimen to learn.

That unit, which battled injuries and a few strength and conditioning issues last fall, is bigger, stronger and stouter. In the few bits of practice sessions the media have seen, the defensive linemen have typically pushed back the offensive linemen.

Chinander talked up “the back end” — corners and safeties — as well.

Williams is there, as is junior Marquel Dismuke at safety with senior Lamar Jackson and junior Dicaprio Bootle at corner. Sophomore Cam Taylor — a leader on the team despite being on campus less than a year — can move between safety and corner, wherever position coach Travis Fisher thinks he’s needed.

At inside linebacker, Collin Miller has wrested control of the spot next to returning leading tackler Mohamed Barry, who is almost certainly headed for captaincy in his final season.

Barry and some other defenders helped arrange a player workout the day before NU formally returned from spring break so the Huskers wouldn’t miss a beat despite the week vacation.

Frost praised the team’s work ethic in the Monday practice after the break. He likes where the culture is. He sees the leaders on defense as a force in the process.

“We’ve been flying around, running to the ball faster, been more aggressive. The communication’s been good. That’s a sign of a lot of things, but one thing it’s a sign of is that you have good leaders, and we do have a bunch of those guys on defense,” Frost said. “We need to keep developing them on offense.”

Now, think for a moment about the last time you saw Nebraska’s offense at Iowa. The Huskers were erasing a double-digit deficit as Stanley Morgan posted a 1,000-yard receiving season and Devine Ozigbo put up 1,000 yards rushing.

Morgan and Ozigbo now roam Nebraska’s football complex preparing for the NFL draft. So do Jerald Foster and Tanner Farmer. Those were four clear leaders NU no longer has at its disposal.

Much of that responsibility on offense has fallen to quarterback Adrian Martinez. He stirs Nebraska’s drink, a Heisman Trophy candidate asked to do more than just make plays.

Offensive coordinator Troy Walters said Martinez has the freedom to exhort and encourage as he pleases after he set the school’s freshman record for total yards.

Martinez never says a discouraging word about his teammates or the offense to the press. Not his style.

But Husker offensive assistants halfway through spring practices expressed some frustration at a unit that has lacked consistency as NU seeks another receiver to pair with the currently banged-up JD Spielman and a running back who can fill Ozigbo’s shoes. Sophomore Maurice Washington, working through legal issues all spring, has been what Frost termed a “limited participant.”

Even on the offensive line, where three starters return, coach Greg Austin has been choosy with praise. He’d rather not anoint anyone a “solid” starter at this point. Asked to single out strong performers, Austin on Wednesday stuck to the entire group.

At center, where NU must replace Farmer, no specific player has taken charge yet. Questions abound and will linger into fall.

“Honestly, I’m looking for consistency more than anything,” Austin said. “For guys to know the play, know their footwork, know their leverage, know their landmarks, see their cues, see the clues.”

Walters desires more “grit” from the offense. With Washington, Spielman and tight end Jack Stoll missing Saturday’s game — and Martinez sure to be limited to a handful of series — plenty of young players will have the chance to show off their toughness.

The defense, after years in the wilderness, appears to have it.

“It feels like we’re coaching some grown men this year, and I don’t think it’s age, I think it’s attitude of the team, how they’re working, how they’re going about their business,” Chinander said. “I don’t know if it’s a 180, but at least it’s a 90-degree turn from where we were last year.”

On Saturday, the Huskers will hold their spring game, a culmination of a month of practices readying for the 2019 season. The World-Herald has…

We’re well past the days of spring games deciding who might start at a given position, but there are some positions of intrigue to watch in Saturday’s Red-White spring game.

Perhaps no uncommitted 2020 recruit knows more about Nebraska football than coveted offensive tackle prospect Turner Corcoran. He's one of roughly a dozen 2020 recruits with Husker offers who will attend the scrimmage.

What fans need to know about Saturday's Husker spring game

Husker football is honoring first responders at its spring game on Saturday.

Deontai Williams doesn’t remember the plays so much as he does the emotions from that afternoon a year ago. His mind was swimming and his heart racing. Why? The safety from Jacksonville, Florida, who arrived via Jones County Junior College in Mississippi and had never before played in front of anything close to the Nebraska spring-game record crowd of 86,818.

Shatel: Everyone can agree — the spring game is a celebration of Husker football

The key is not to think of it as a game. Think of it as a happening. A Nebraska football event. An opportunity to make memories, for fans and players alike.

'One state. One heartbeat': Nebraska's Tunnel Walk recognizes resiliency of state after flooding

"One state. One heartbeat." That was the message in Nebraska's Tunnel Walk video prior to the spring football game. 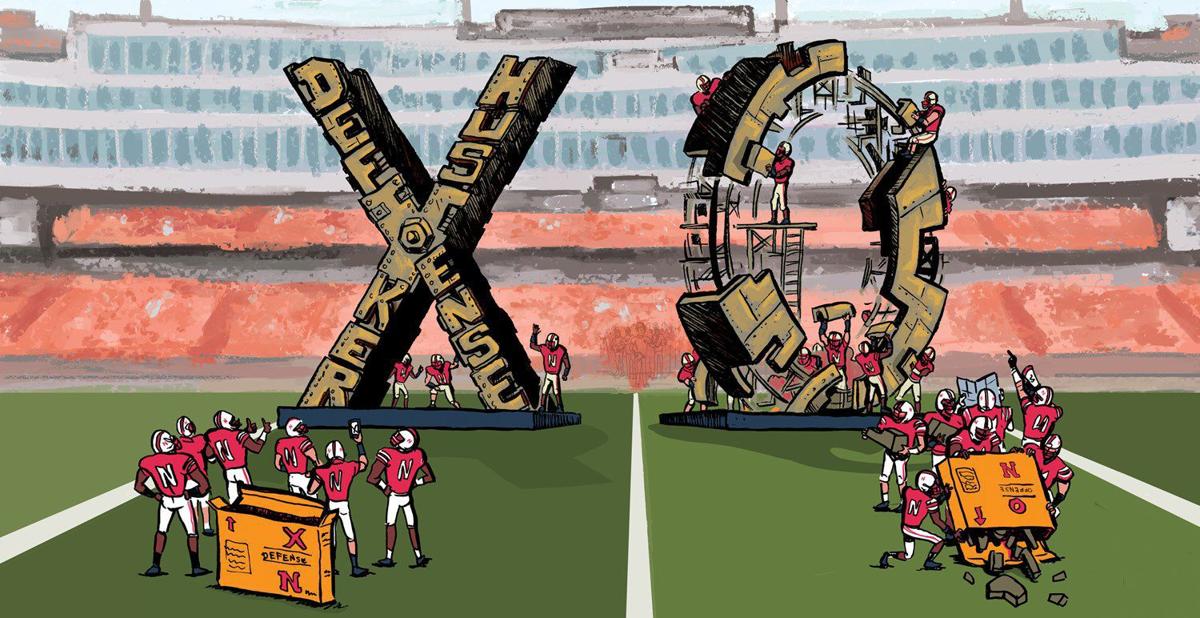 All spring the Huskers have been at work building toward the 2019 football season. Saturday during the Red-White spring game, they'll get to showcase their progress to a sold-out Memorial Stadium. 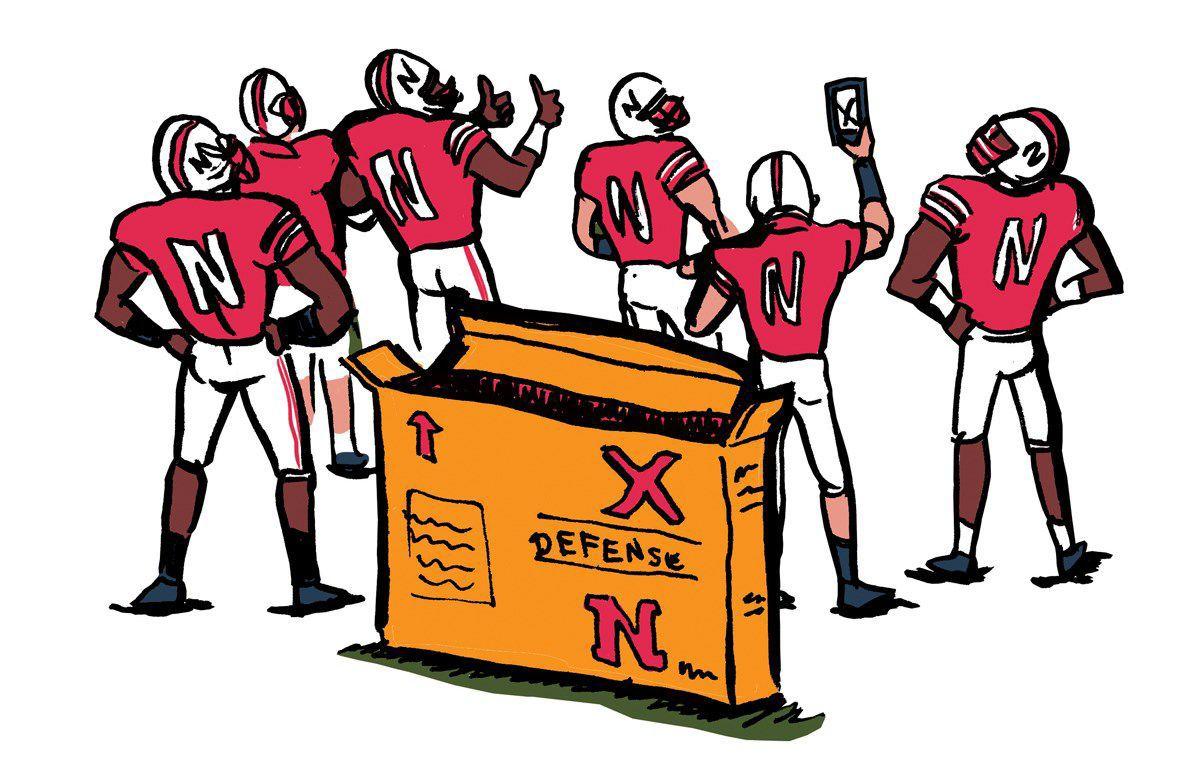 The Husker defense is motivated by some of its struggles from last season but also entered the spring encouraged after strong performances late in 2018. 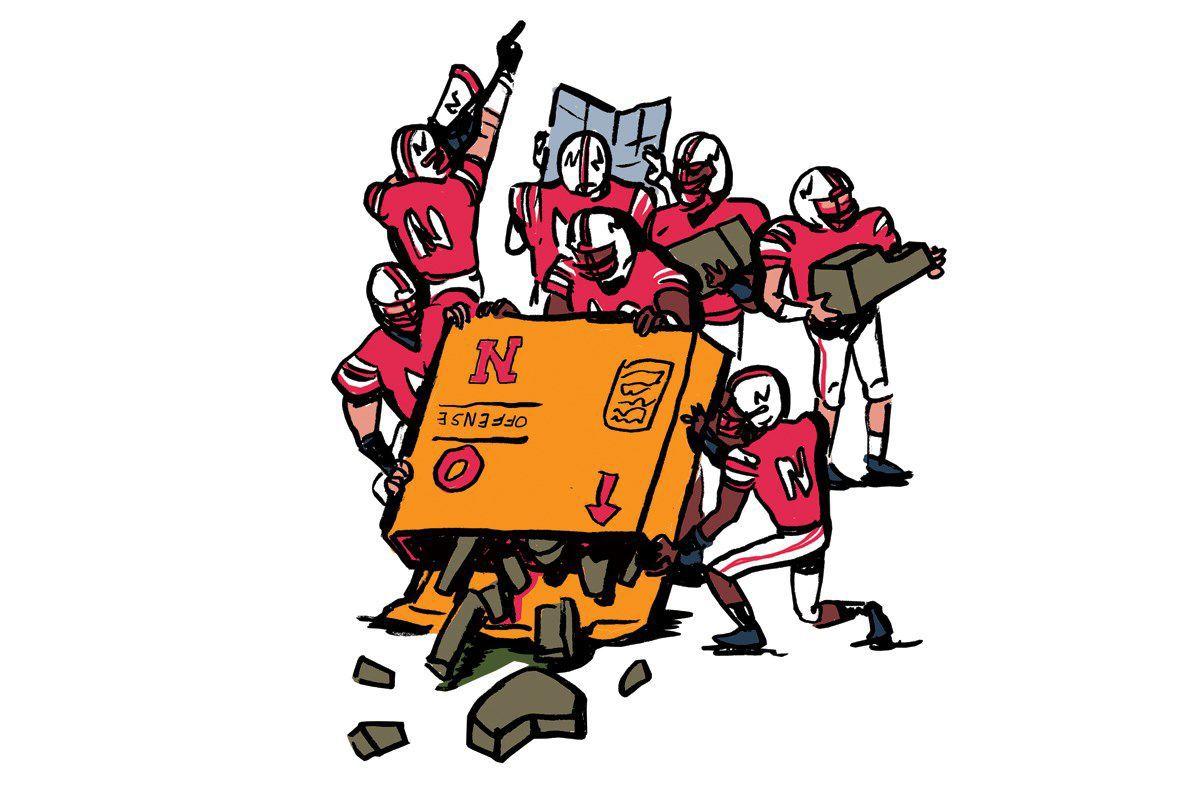 The Nebraska offense knows what it has with starting quarterback Adrian Martinez, but with holes to fill at receiver, running back and on the offensive line, there are still some lingering questions at the end of spring.