The Huskers and the Jays are back in the NCAA tournament for 2021.

Nebraska received the No. 5 overall seed and will play the winner of a first-round game between Texas State and Utah Valley on April 15 at 2:30 p.m. Central time. Creighton will play Morehead State at 2:30 p.m. April 14 in the first round.

CU (13-3) won the Big East tournament title with a four-set win over Marquette. It was the Jays' sixth conference title since joining the league.

NU (14-2) had its regular-season finale against Penn State canceled out of an "abundance of caution" related to COVID-19. The matches between the Huskers and Nittany Lions were supposed to be the first volleyball matches with fans at the Devaney Center.

The entire 48-team tournament will be held in Omaha from April 13-24. All the matches will be played at the CHI Health Center arena and convention center. 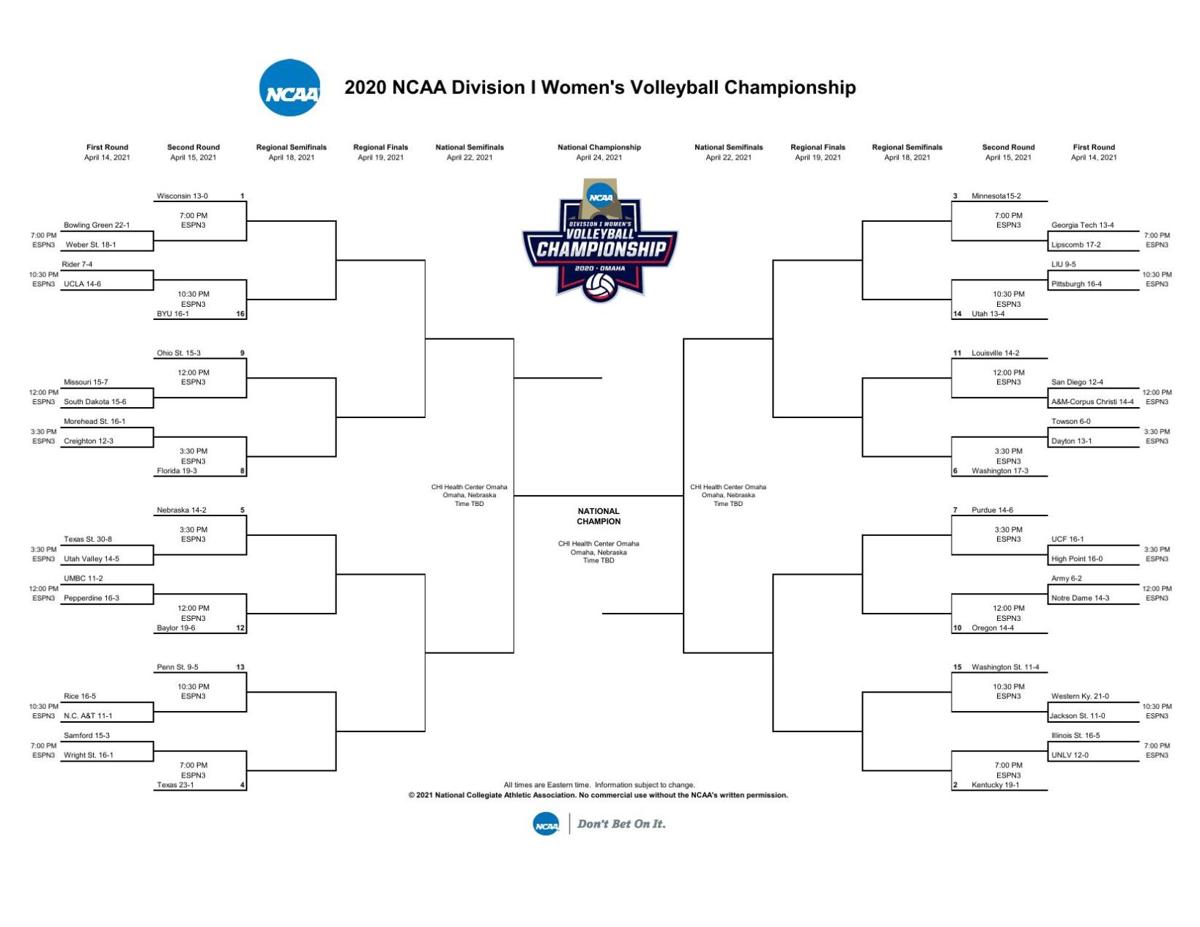 "It's really cool," Nebraska setter Nicklin Hames said after the announcement. "I hope that there are fans because Nebraska has the best fans in the country. Any game here, for any team, honestly, there would be a lot of fans. It means a lot to this state, to the university and to us that we get to host the entire tournament."

With No. 5 national seed in hand, Husker volleyball sets path for postseason

The NCAA will allow spectators at the matches, limited to 25% of the venue’s capacity and in accordance with state and local health mandates. That figure will include all athletes, coaches, essential staff, family members and fans.

Omaha has hosted the volleyball Final Four three times, the last time in 2015 when Nebraska won the national title.

The Jays dropped the first set against Marquette, but won the next three to claim the 2021 Big East tournament championship Saturday at Sokol Arena.

Despite the lack of a final send-off, Nebraska coach John Cook said the team already was planning a different way to celebrate the Husker seniors.

The matches scheduled for Thursday and Friday were called off due to an "abundance of caution" related to COVID. These were supposed to be the first volleyball matches with fans.

The Big Ten season concluded Saturday. Check out how Lincoln Arneal ranked the league heading into the NCAA tournament.