Jordyn Bahl competed in just one varsity sport at Papillion-La Vista, but what a year she had.

The senior pitcher led the Monarchs to their second consecutive perfect season and third Class A title in four years. Bahl was almost unhittable, going 27-0 with a 0.10 ERA.

She was recognized by Gatorade as the state’s player of the year and made an even bigger splash a few weeks later, being named the national softball player of the year. She is the second athlete from Nebraska in any sport to receive that honor, joining fellow Papio alum Gina Mancuso, who was honored for volleyball in 2008-09.

Bahl is honored today as The World-Herald girls high school athlete of the year. She is the fourth from the school to earn the honor, following Allison Weston (1992), Mancuso (2009) and Chelsea Albers (2011).

She also becomes the first person not named Kalynn Meyer to win the award since 2017. The three-sport athlete from Superior became the first three-time winner of the award from 2018-20.

Bahl said she knew there would be pressure on the Monarchs this season following their 36-0 campaign of 2019. There were 10 seniors on this Papio roster, and Bahl — who will play in college for defending NCAA champion Oklahoma — said there was only one way to finish their careers.

“We tried hard not to talk about it,” she said. “We knew that we had a big target on our back and the pressure of the win streak, but we were committed to just go out there every day and do our best.”

That strategy worked as the Monarchs picked up where they left off, led by their dynamic pitcher. Papio won its first seven games by shutout and finished the regular season with 24, outscoring opponents 274-11.

It was much the same at the state tournament as Bahl fired four more shutouts and capped another 36-0 season with a victory over North Platte in the final.

“I thought it was a great year for us,” she said. “We had a lot of players back and our goal was always to win state one last time.”

Bahl, who also led the Monarchs to a championship as a freshman in 2017, said it’s easy to stay grounded. She can’t forget the 2018 state tournament final, when Lincoln Southwest defeated the Monarchs — the last setback before winning the next 72 games.

“We hadn’t lost all season and we lost twice at state,” she said. “I think we got a little complacent, and since that time I’ve always tried to make sure that was never going to happen again.”

Papio coach Todd Petersen said it helped having the leadership of Bahl and catcher Brooke Dumont, captains since their sophomore years.

“They both made sure the team was not slacking in any way,” he said. “Their mindset was that we were going to leave no doubt this year, and they followed through on that.”

Dumont, who joined Bahl on the All-Nebraska first team, said it’s been an honor to catch for her friend.

“She’s one of the best ever to come through Nebraska,” she said. “Jordyn pitches at a super-high level and it’s so much fun being behind the plate.”

Bahl also gives credit to Dumont, who calls the pitches during games.

“Brooke does such an incredible job,” Bahl said. “She works insanely hard, she never has a passed ball and she makes my job so much easier.”

Opposing batters have to contend with three pitches from Bahl — a fastball that drops, a changeup and a fastball that rises. She can throw each pitch at different speeds, making it even more challenging to connect.

“Umpires tell me all the time how impressed they are at her pitching,” Dumont said. “I kind of get a kick out of that because I’ve been seeing it for so long.”

“I always wanted to pitch and play first base,” she said. “I can remember playing tee-ball and having coaches pitch to us.”

Bahl said she began to realize her pitching talent in the summer before her freshman year at Papio.

“I was getting some attention from colleges,” she said. “That made me work even harder.”

Petersen said Bahl’s work ethic is the foundation for her success.

“She has continued to get better throughout her career,” he said. “She’s been the best pitcher in the state the past three years and now she’s doing CrossFit workouts to keep pushing herself.”

The coach added that Bahl also has worked to make herself a better hitter, an aspect of her game that gets overlooked. She batted .510 this season with 20 home runs and 55 RBIs.

“If you ask coaches who was the most feared hitter in the state, they’d say Jordyn,” Petersen said. “She’s also very fast and a great base runner.”

Jordyn is the only daughter in the Bahl family, which includes father Dave and mother Emily. Her brothers are Hayden (20), Broden (16) and Bryson (14).

“It’s a great family and they’ve done such a great job with Jordyn,” Papio Athletic Director Jason Ryan said. “She’s obviously a great athlete, but she’s so humble you’d never know that she was.”

Ryan said there are similarities between Bahl and Mancuso, the other national athlete of the year from Papio.

“They were both outstanding athletes but even better people,” he said. “We’re proud that they both went to school here.”

Bahl, who is active in the Fellowship of Christian Athletes, stays busy volunteering. She helps at the Open Door Mission, the Salvation Army, a local food bank and a softball program for disabled children.

“My club team (Nebraska Gold) has made it a priority to help any way we can,” she said. “I love to work with younger kids and I personally feel that’s so important.”

Petersen has seen the effect Bahl has on those youngsters.

“Jordyn understands the importance of giving back,” he said. “I think volunteering and working with kids helps keep her grounded.”

As dominating as Bahl has been at the high school level, Petersen said he can’t wait to see how she performs at Oklahoma.

“I honestly don’t know what the ceiling is for her,” he said. “I know that she’s going to keep pushing herself to be the best that she can possibly be.”

Bahl, who will major in health and exercise science in hopes of someday being a nurse, said she can’t wait to step on the mound for the Sooners.

“I move in down there on Aug. 18,” she said. “It’s the next chapter in my life and I’m really looking forward to it.”

Photos: Every Nebraska high school athlete of the year since 1995

Countries that have never won an Olympic medal

Going from not sure there will be a season to historic championship game routs, the 2020 softball campaign showcased some of the best high school players fans have ever seen. 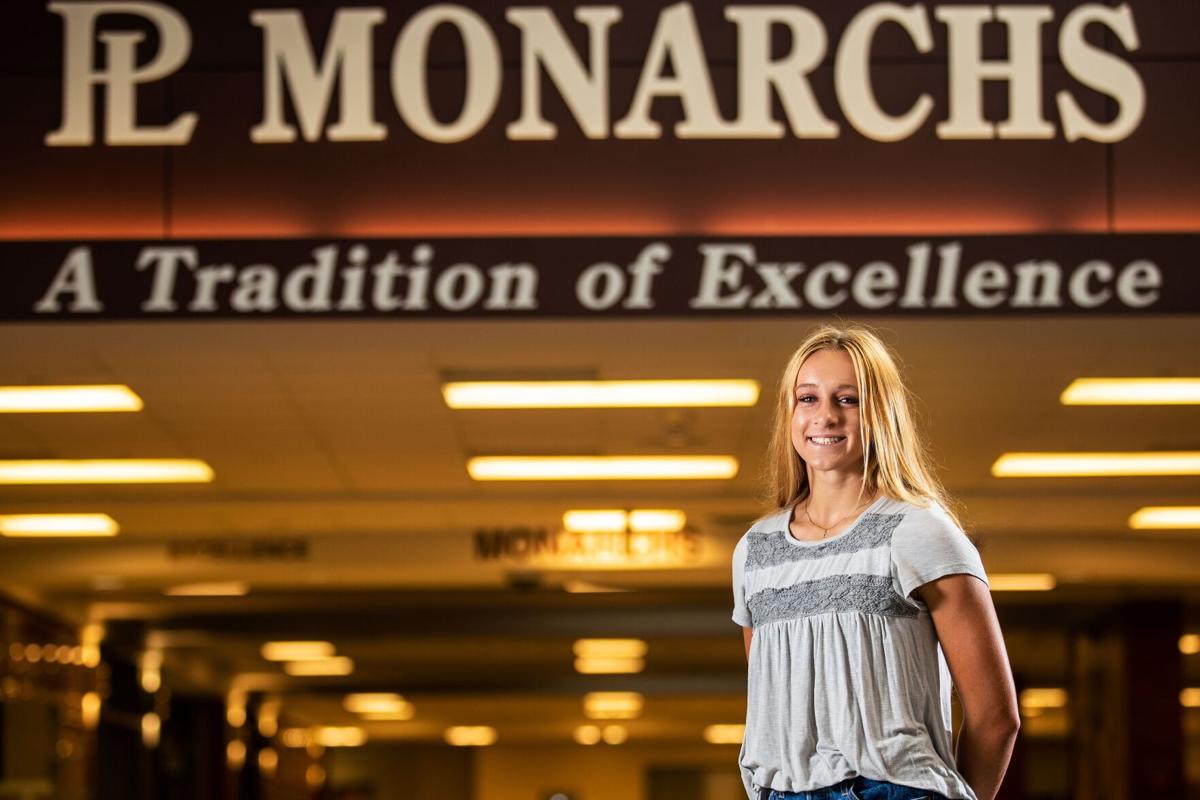 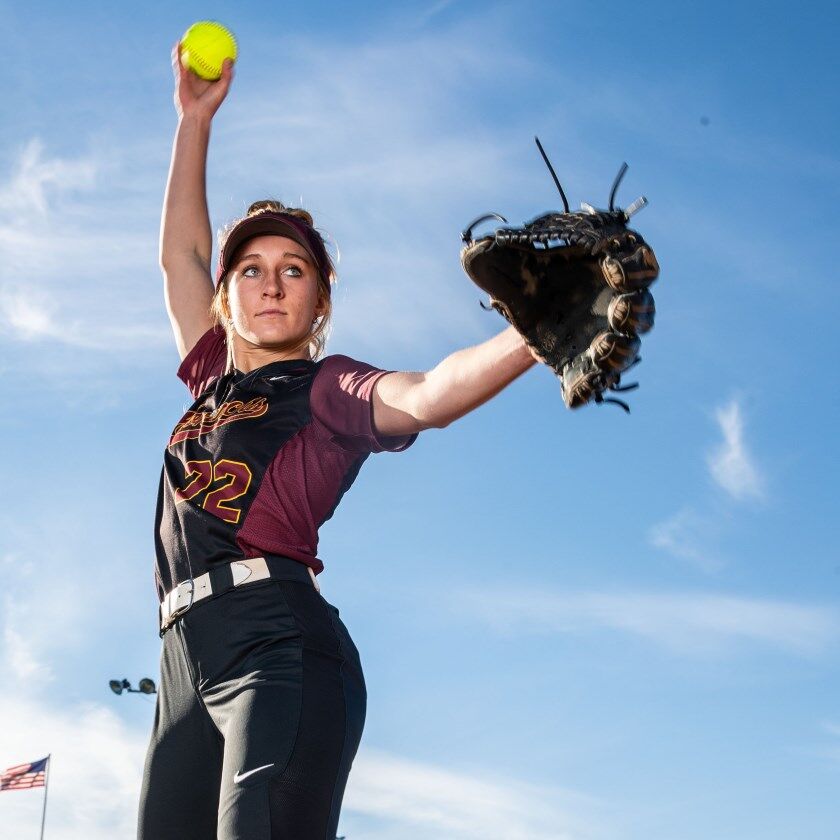