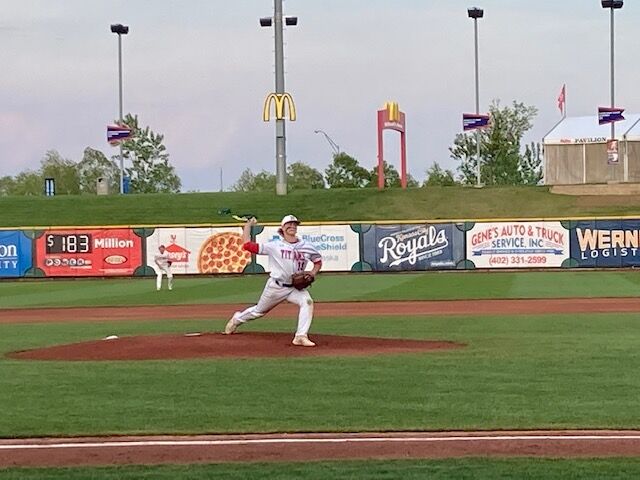 Norris starter Landon Meyer pitched five innings and eventually drove in the winning run in the ninth as the Titans defeated Bennington 3-2. 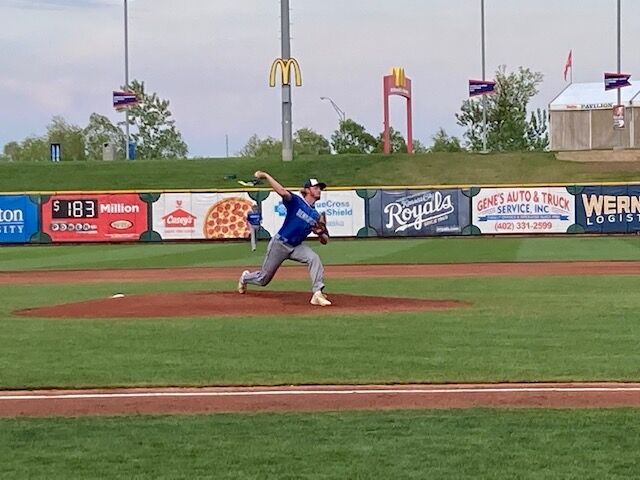 Pitcher Landon Meyer started the game Saturday night for Norris, and he also ended it.

His RBI single in the bottom of the ninth proved to be the difference as the Titans defeated Bennington 3-2 in a first-round game of the Class B tournament.

The Titans moved on to a winners bracket game Monday night against Omaha Skutt while the Badgers, the defending (2019) state champions, fall into the losers bracket of the double-elimination tourney at Werner Park.

Norris plated the winning run after Kaizer Papenhagen drew a one-out walk and moved to second on an infield error. Meyer then hit a smash off third baseman Cayden Bluhm’s glove that ended the game.

“It was a long, hard-fought game,” Meyer said. “I couldn’t be more proud of the boys.”

Norris had taken a 2-0 lead in the bottom of the first. Meyer belted an RBI double then scored two batters later when CJ Hood grounded into a double play.

That was all the Titans could manage off Bennington starter Ryan Malone, who did not allow a run the rest of the way. He went 7 2/3 innings and struck out seven.

Malone received help in the eighth from reliever Mitchell Andersen, who got Ryan Gouldin to foul out with the winning run at third.

The Badgers mounted their first scoring threat in the third, loading the bases with none out. But Meyer struck out the next three to retire the side.

Bennington pushed across a run in the fifth off Meyer, who had struck out eight to that point. Cooper Mlnarik led off with a single and eventually scored on an outfield error.

The Badgers tied it in the sixth without a hit. Bluhm walked, advanced on a wild pitch, stole third and came home on a throwing error.

Papenhagen picked up the win in relief, pitching the final four innings. He allowed two hits and struck out five.

Take a look at the results from Saturday's action at the Nebraska high school state soccer and baseball tournaments.

The best high school baseball teams in Nebraska have been assembled to compete for state championships. Join us as we provide coverage of the games.

The Nebraska high school state baseball tournament continues Monday at Haymarket Park for Class A and at Werner Park for Class B. Get a quick breakdown here.

Norris starter Landon Meyer pitched five innings and eventually drove in the winning run in the ninth as the Titans defeated Bennington 3-2.