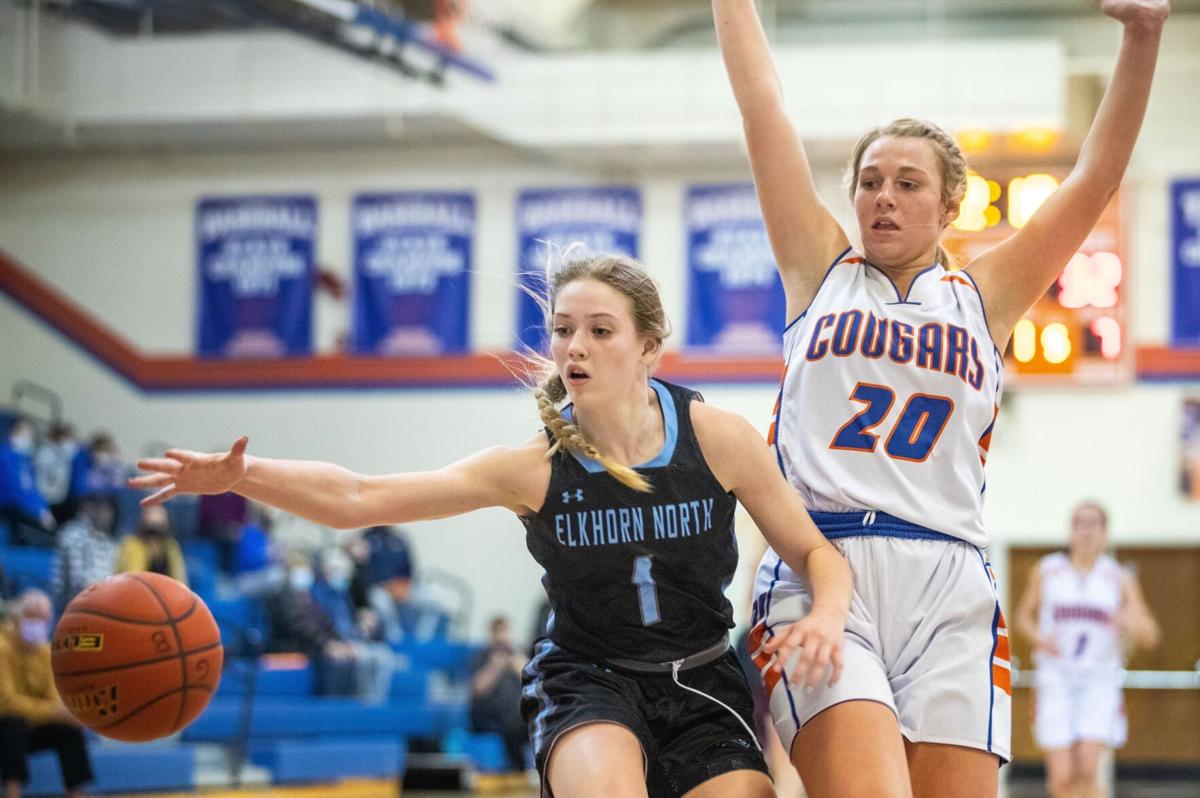 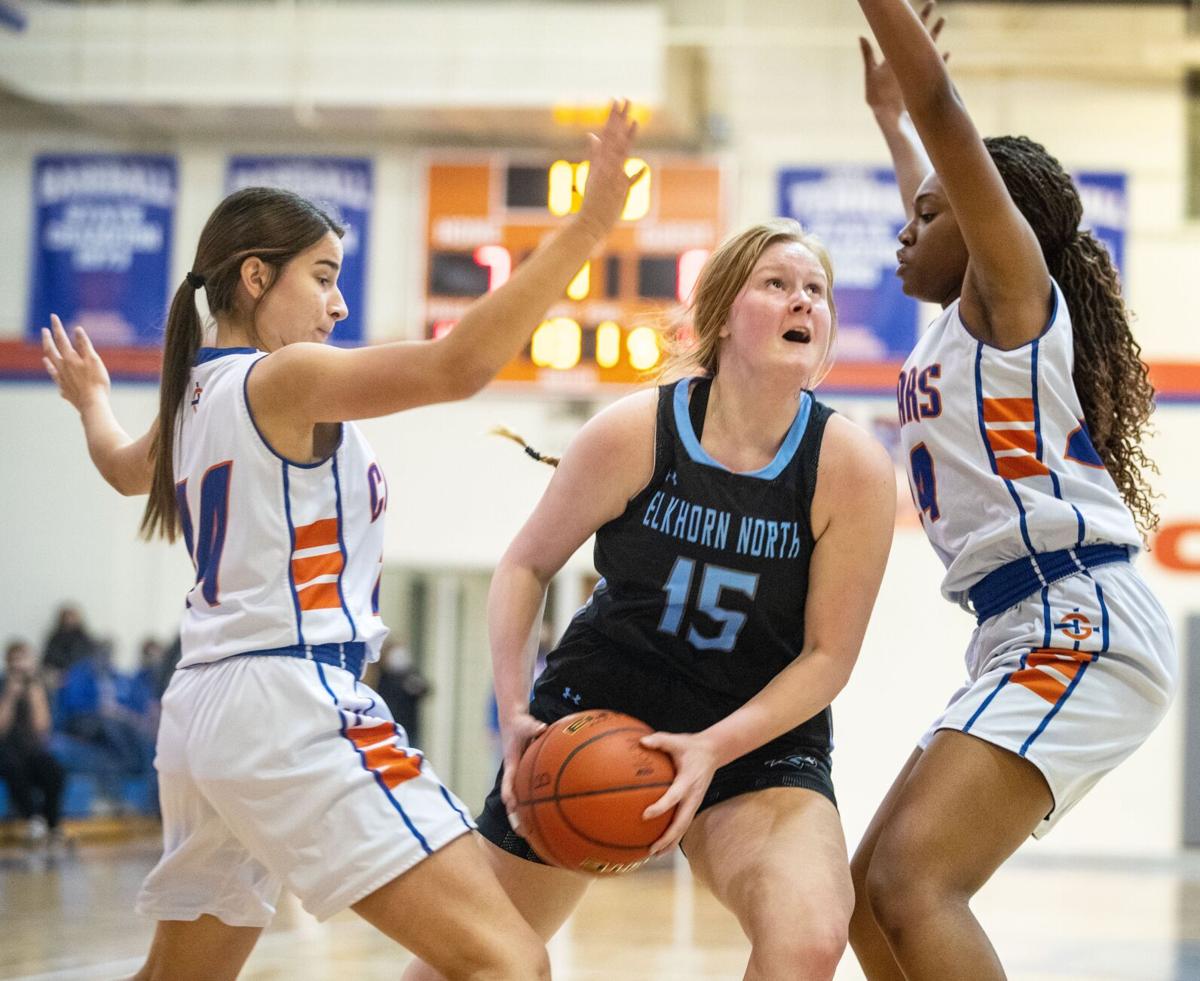 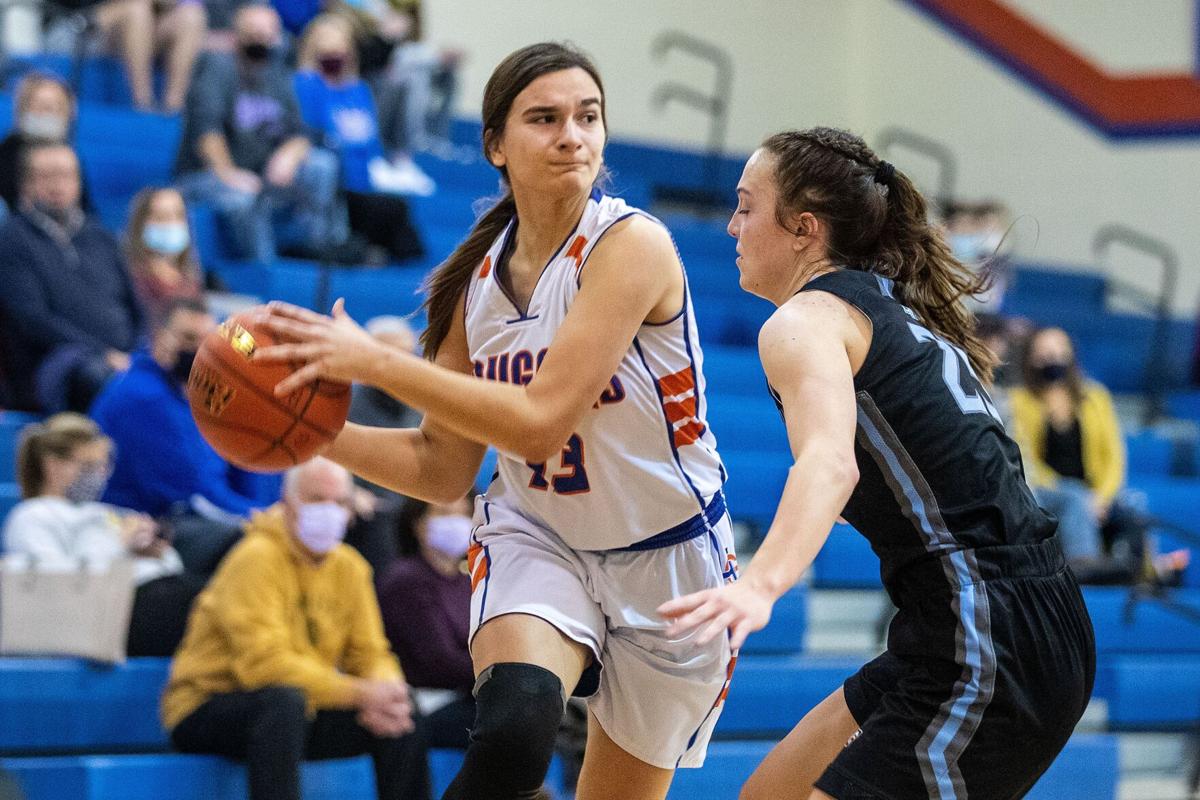 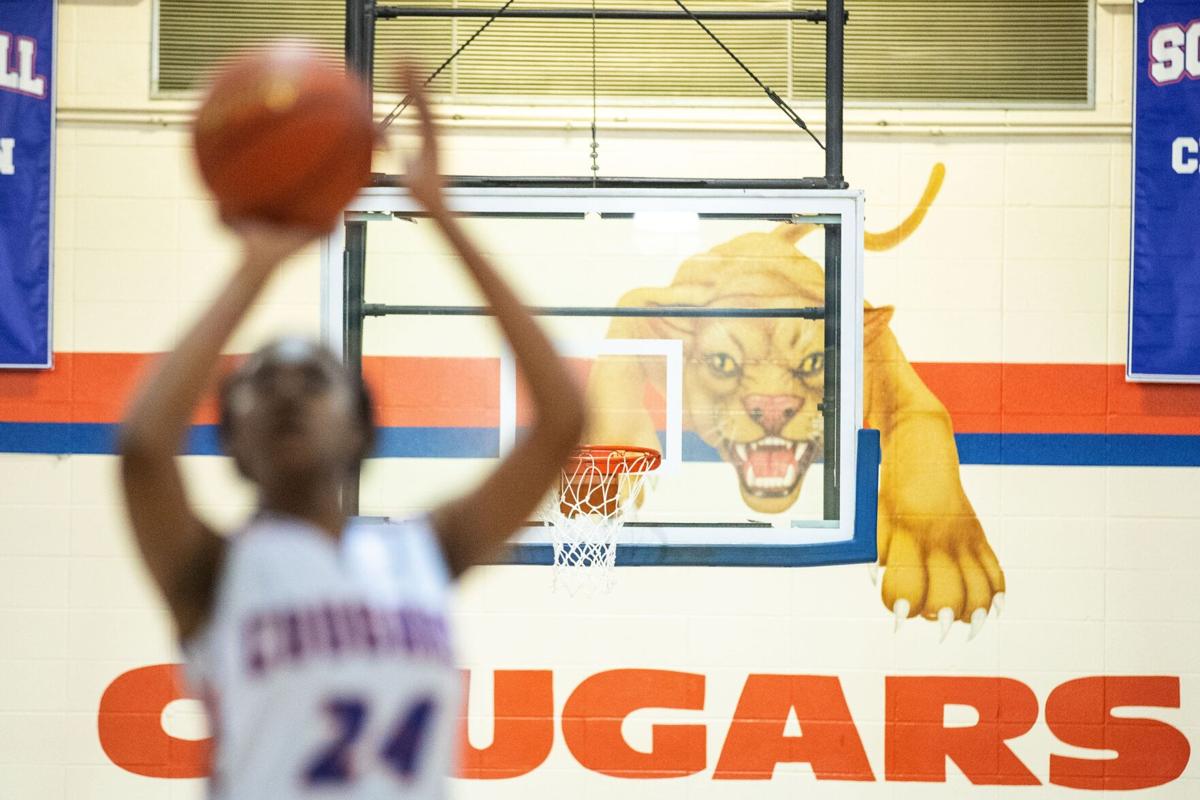 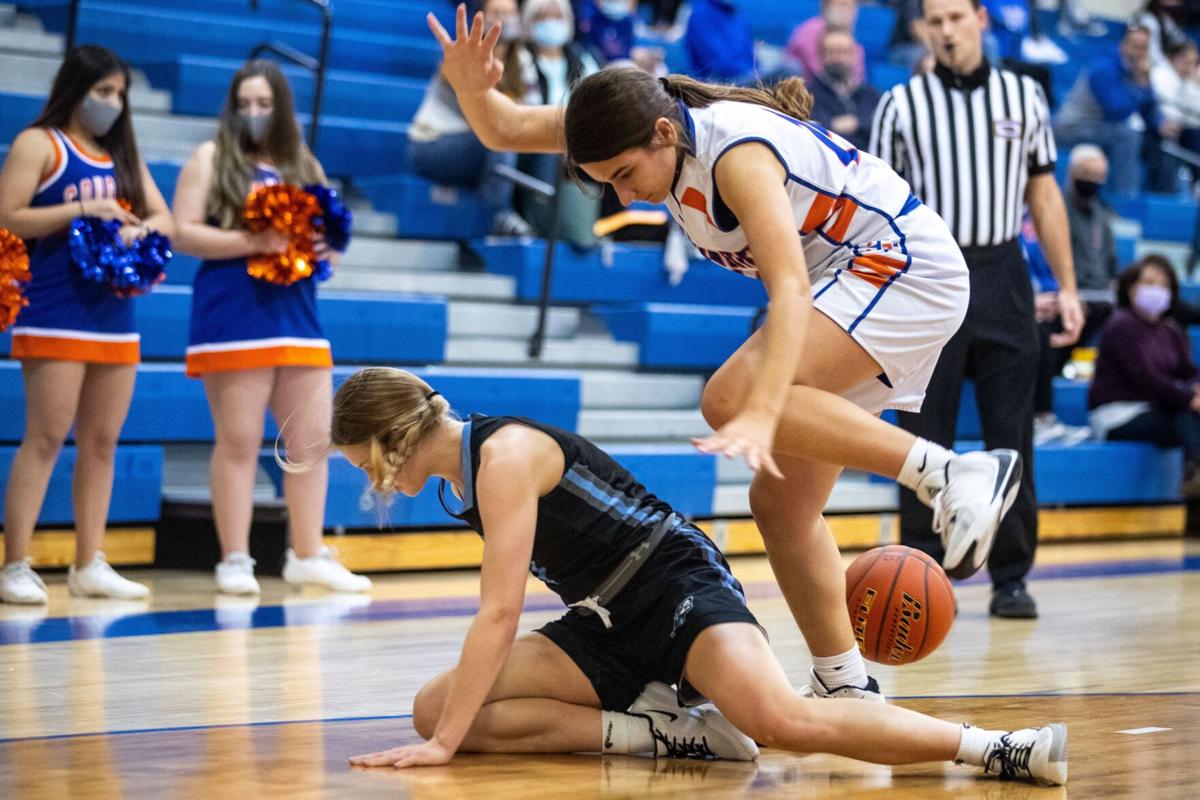 Elkhorn North's Reese Booth, left, and Omaha Gross' Jordan Skradski get tangled up while going for a loose ball on Monday. 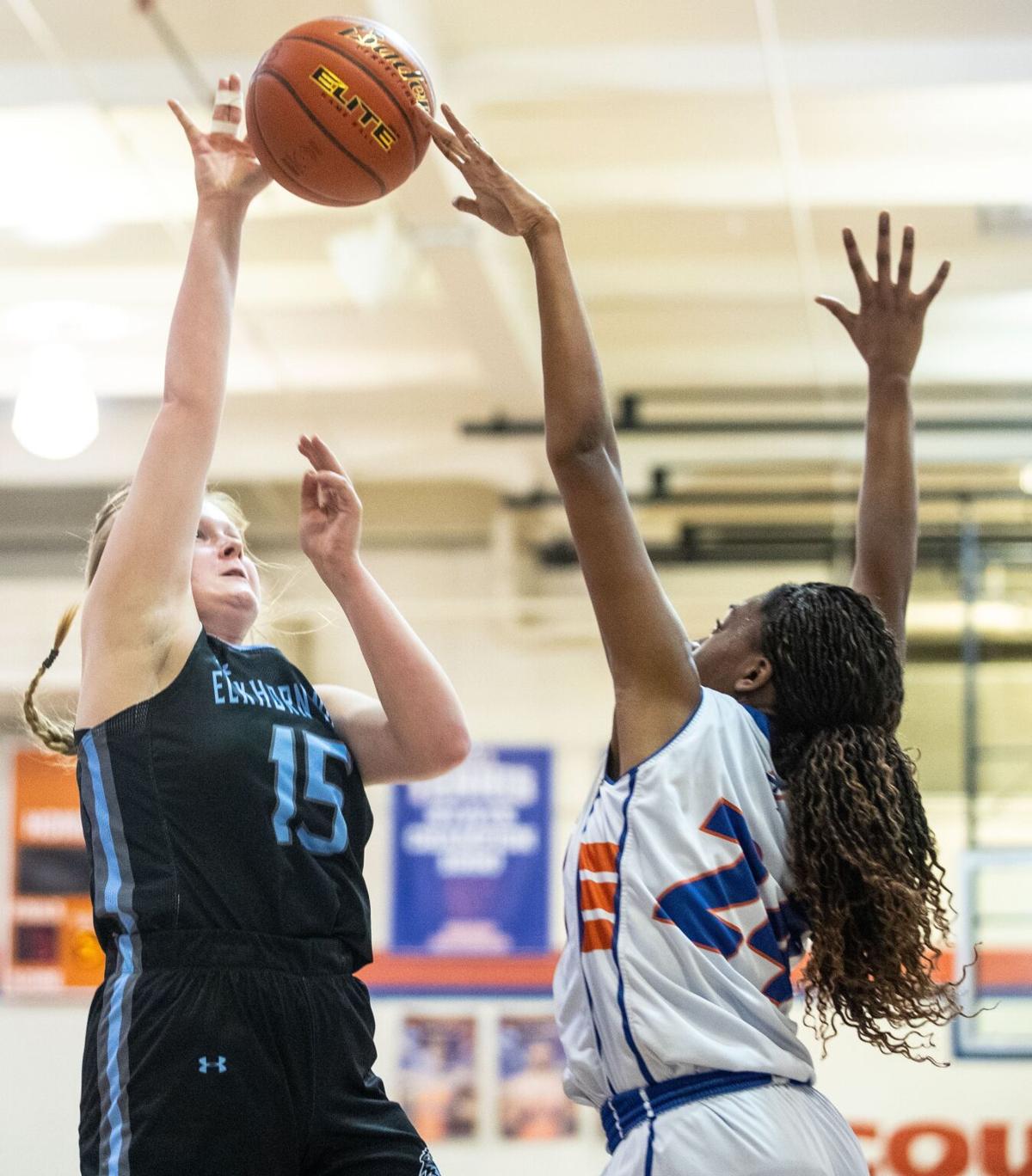 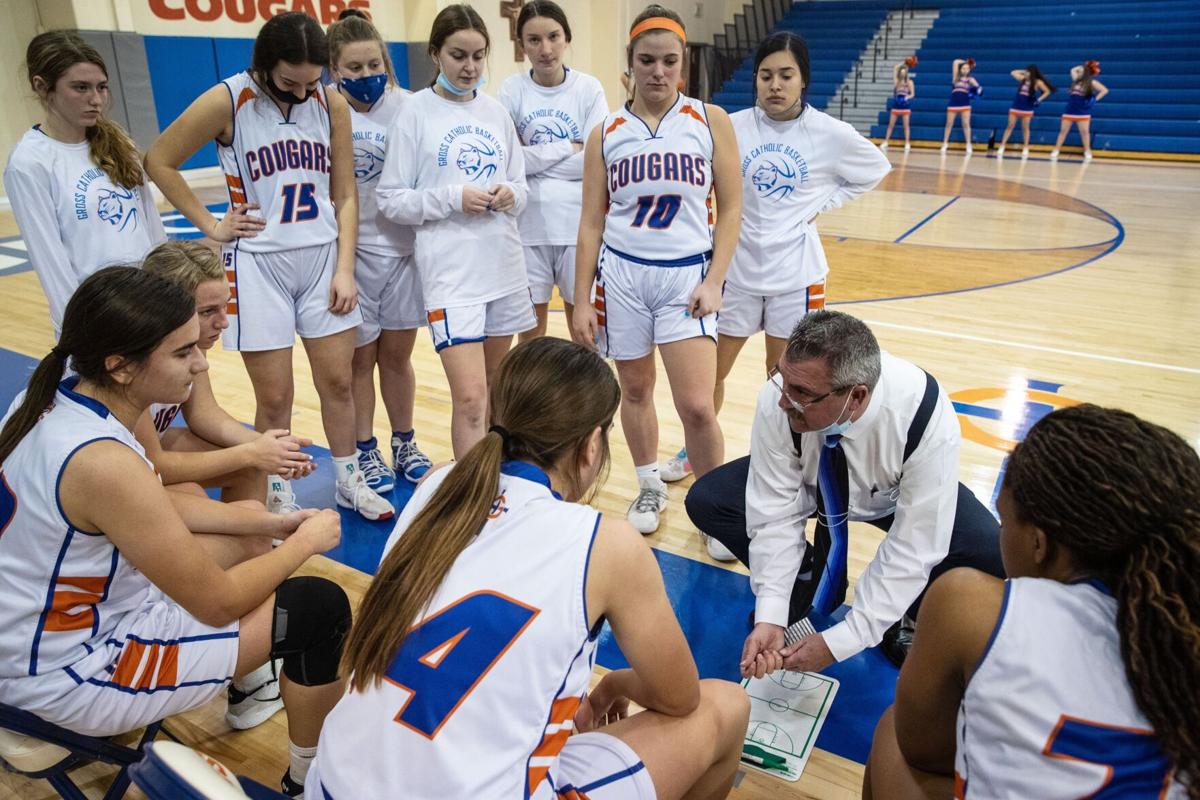 Omaha Gross coach Marty Gilson talks to his team during a timeout. 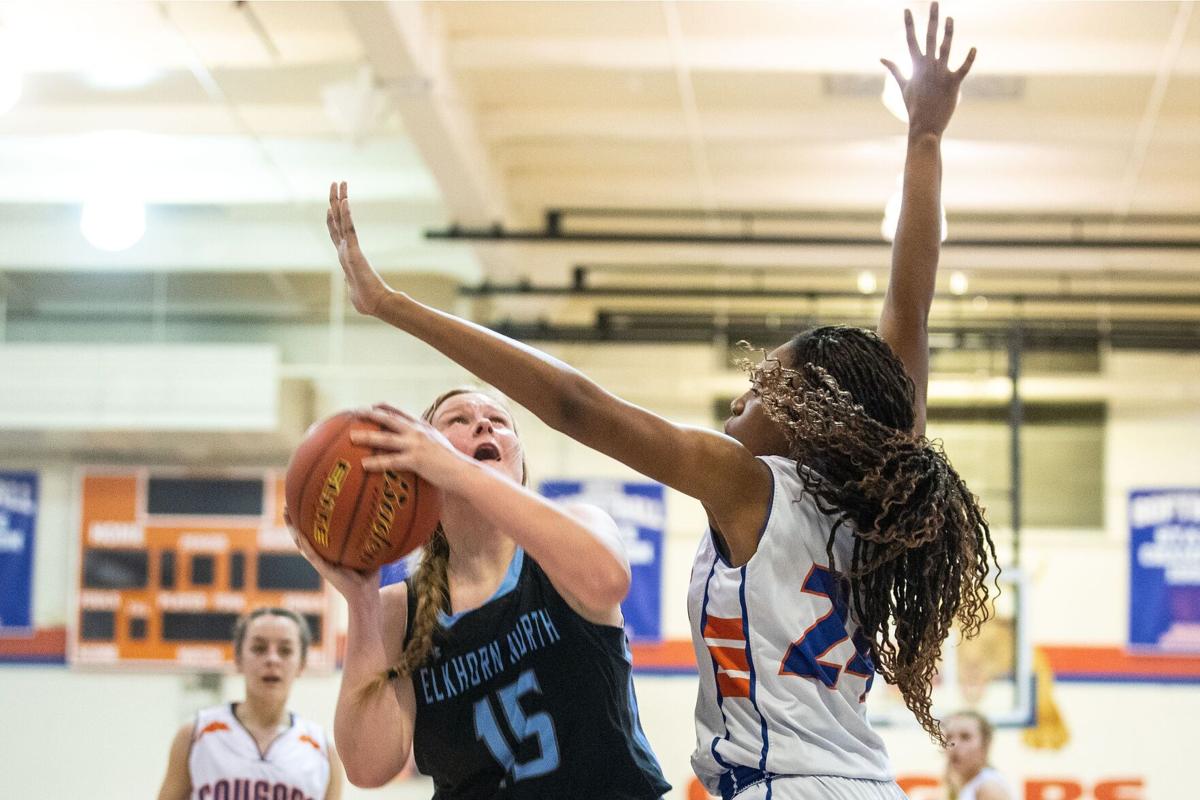 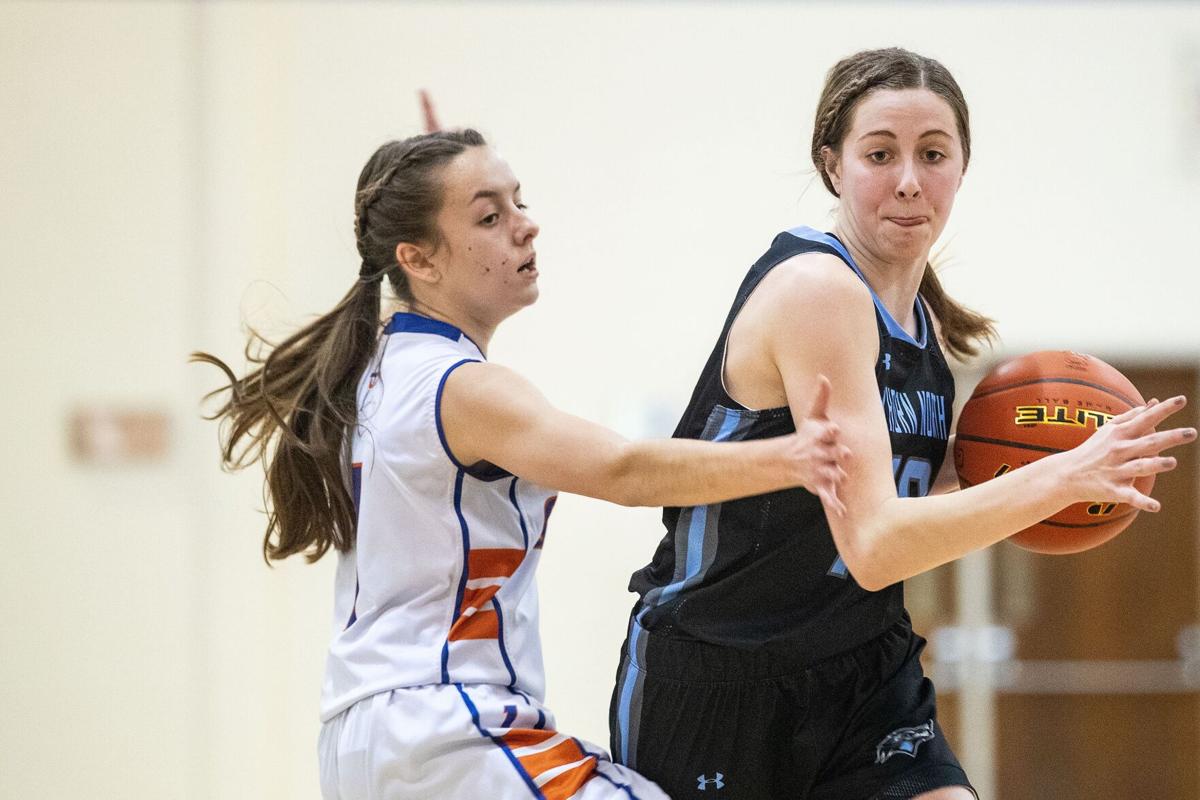 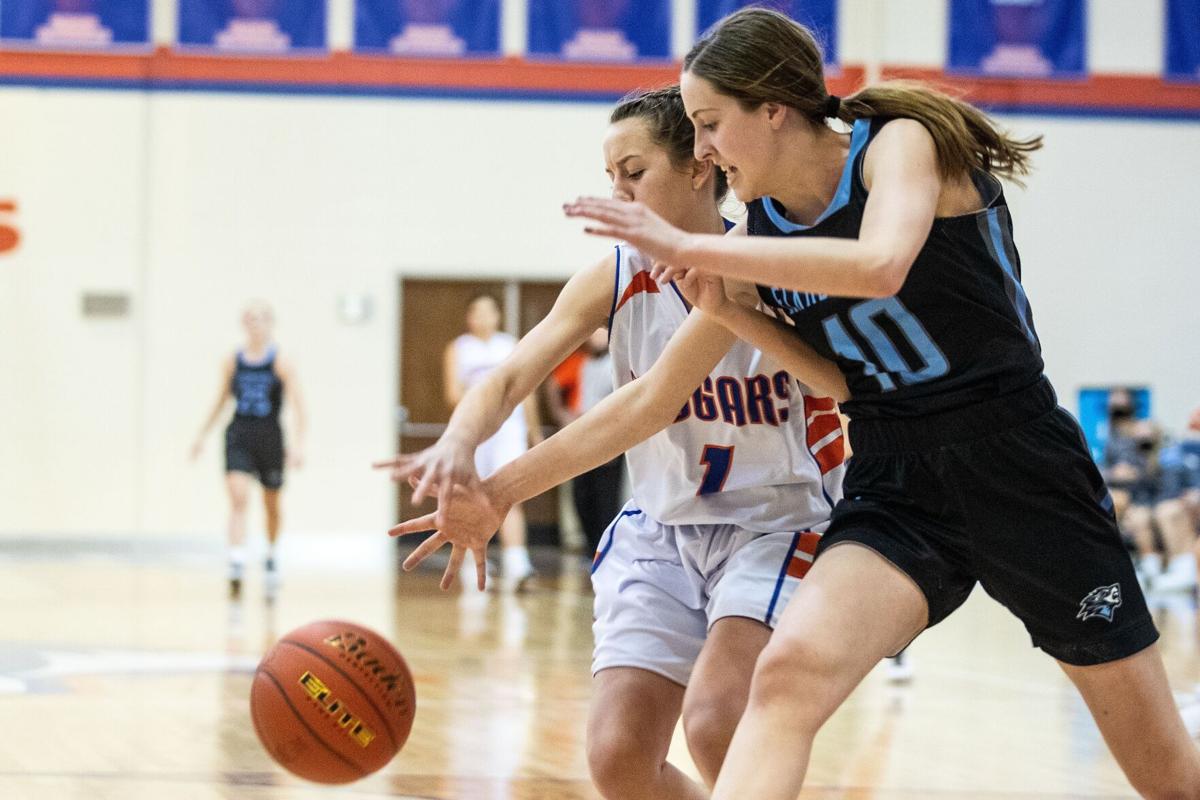 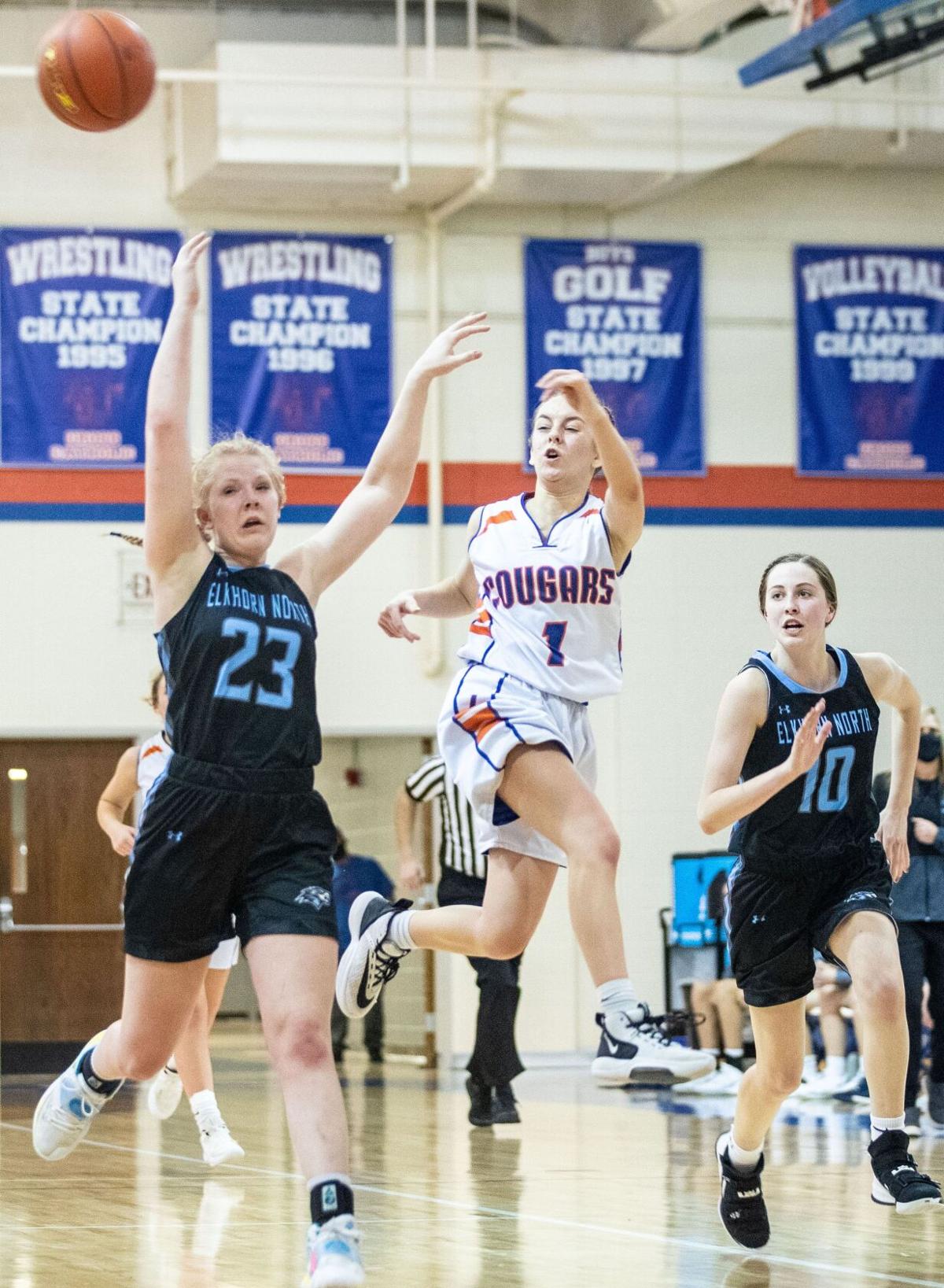 It was another impressive win for the first-year program, which has received major production from freshman guard Britt Prince. The daughter of head coach Ann Prince scored a game-high 20 points, slightly below her 24-point average.

Prince needed to step up after Reilly Palmer, second on the team in scoring, picked up two quick fouls. She didn’t play the rest of the first half.

The Wolves led 10-7 after the first quarter before going on their game-changing run. A 3-pointer by Reese Booth was followed by four baskets from Prince — two from behind the arc — to stretch Elkhorn North’s lead to 14.

“Our defensive pressure helped us create those scoring chances,’’ Ann Prince said. “Our girls were flying around out there.’’

The Wolves outscored the Cougars 24-7 in the quarter and led 34-14 at halftime. That advantage grew to 30 late in the game with the help of Palmer, who scored 11 in the second half.

“They’ve got a lot of good players,’’ Gross coach Marty Gilson said. “We kept playing hard, but we couldn’t stay with them.’’

The Cougars sank four 3-pointers in the final period, three from Brooklyn Kottich. It wasn’t enough to keep the Wolves from securing their 12th straight double-digit win.

“I’m really proud of the way our girls played tonight,’’ Ann Prince said. “We had a little adversity with Reilly getting into foul trouble, but others really responded to the challenge.’’

The Wolves also forced 20 turnovers, including 13 in the first half.

“We didn’t want to give them anything easy,’’ Ann Prince said. “It was just a really solid defensive effort.’’

Rachel Culhane led the Cougars with 17 points, while Kottich had 13.

Gross returns to action Thursday at home against Omaha Mercy.

A career-high 37 points for Taylor McCabe boosted Fremont to victory Saturday over one of the top teams in Iowa.

The Thunderbirds were without starter Greg Brown and sixth man Evan Inselman, both for COVID-19 concerns, for their home win.

Elkhorn North's Reese Booth, left, and Omaha Gross' Jordan Skradski get tangled up while going for a loose ball on Monday.

Omaha Gross coach Marty Gilson talks to his team during a timeout.