LINCOLN — The returns are in for Columbus Lakeview. The Vikings are the Class C-1 state champion.

Aided by a scoop-and-score touchdown, an interception return that was cashed in on the next play and a long kickoff return to open the game with a field goal, the Vikings dethroned 2020 champion Pierce with a 37-25 victory before 2,735 at Memorial Stadium.

Adam VanCleave had the interception and kickoff returns, Braxton Borer the dash with the fumble.

“They are very special athletes," Lakeview coach Kurt Frenzen said. “They get a little space and they can be a pain to other teams.”

The Vikings gave up 433 yards, but stopped Pierce on downs deep in their territory — at the 16 and 30 — on the Jays’ first two drives.

“That was just a whole team effort on defense," VanCleave said. “Guys subbing in and out, giving their full effort every play, and that's how games are won like that. Those stops were a testament to our line.”

Lakeview led 24-6 at halftime, finishing its scoring on a 16-yard pass from VanCleave to Turner Halvorsen from field-goal formation. Earlier in the second quarter, Borer’s 56-yard fumble return gave the Vikings a 17-0 lead.

Their largest lead was 31-12 on VanCleave’s 21-yard run with a lateral from quarterback Kolby Blaser the play after his 35-yard interception return.

“I should have gone to the house the first time on the interception," VanCleave said. "That kind of upset me, but coach saw to it to give me the ball next play. It was good blocking by our receivers, a good throw by Kolby."

After Blaser scored with 4:07 left for a two-score lead, the Lakeview defense defused Pierce’s fading hopes with back-to-back sacks.

“Slowly but surely Lakeview has become one of the better ones in Class C-1," Pierce coach Mark Brahmer said. “I’m really proud of our guys, though, for the fight that they put up. Everything that could went against us the first half. But hats off to Lakeview. They played hard, they played well. They had a good plan. They outcoached us and outplayed us.”

The final was a reversal of the regular-season game that Pierce won 28-27. Frenzen said revenge was not mentioned.

“We didn't talk at all about that. We had too much respect to these guys," he said. “We were talking about what's important, and what's important is making sure you dial in on your job against a well-coached team.”

Who saw Gretna’s state championship coming? In the preseason, only a few Class A coaches even mentioned the Dragons. 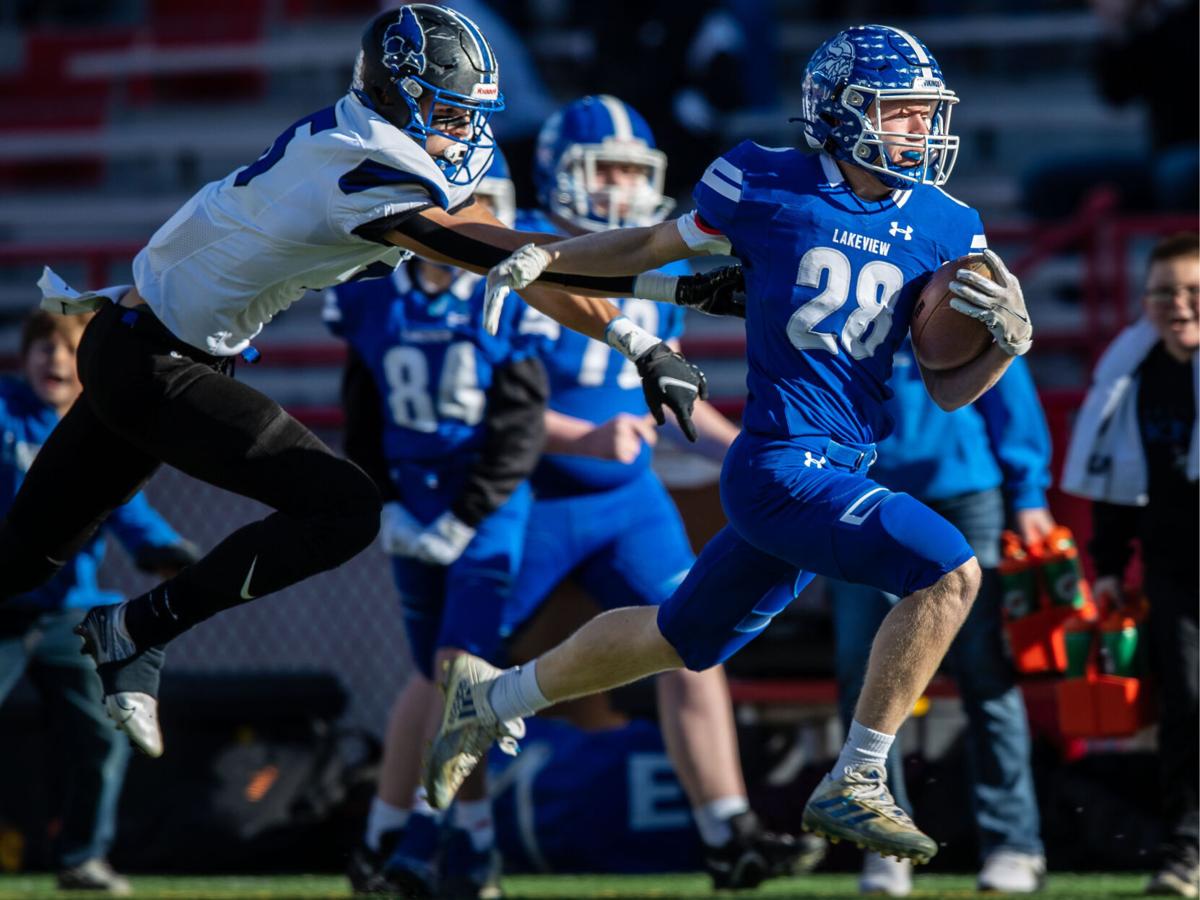 Columbus Lakeview's Adam VanCleave gets pushed out of bounds by Pierce's Benjamin Brahmer as he returns the opening kickoff. 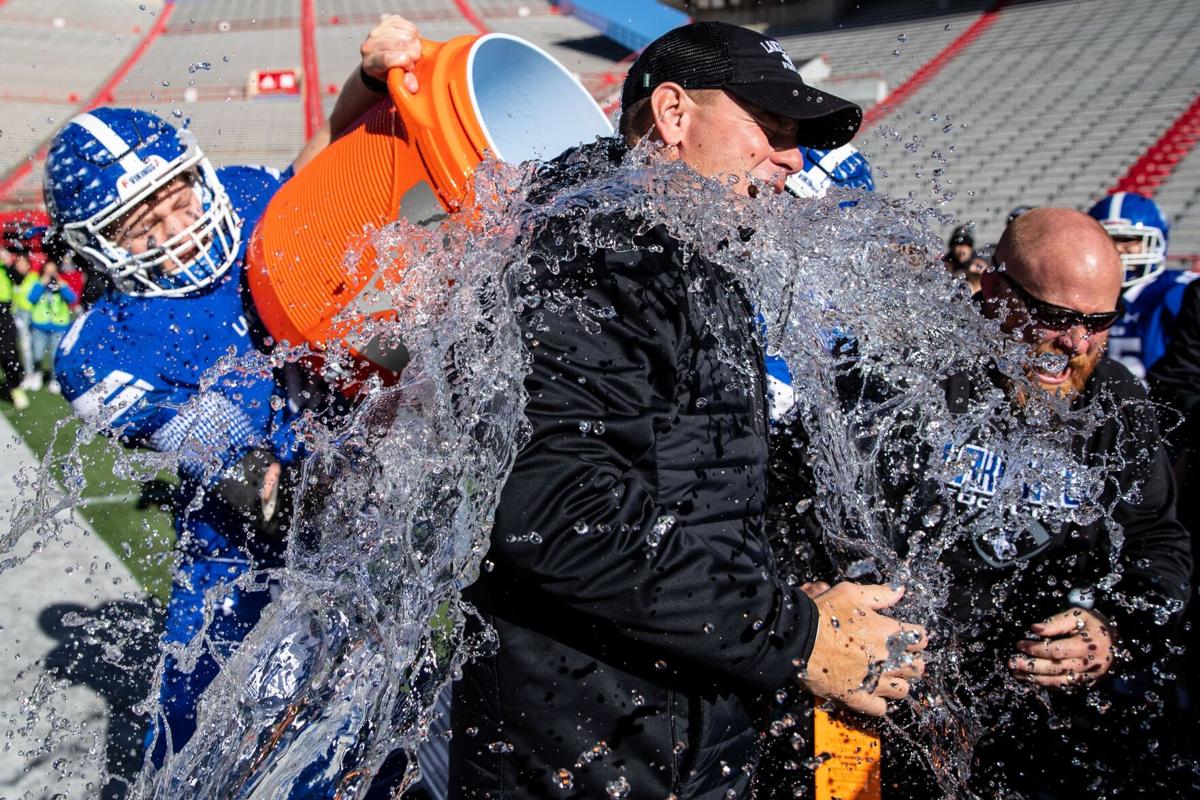 Players dump water on Columbus Lakeview Head Coach Kurt Frenzen after they defeated Pierce for the C1 championship on Tuesday.