The No. 1 Knights hit Norfolk Catholic with four touchdowns in the final seven minutes of the opening quarter — two coming eight seconds apart — to complete the school’s first state championship season since 1979.

Their 49-20 win over Norfolk Catholic in the Class C-2 final, before 1,747 in Memorial Stadium, followed four losses in title games — including last year — since winning Class C-1 in 1979.

"Last year was a horrible pain in our hearts. We had to finish the fight," Wyoming commit Koa McIntyre said.

The senior quarterback spread his five touchdown passes to three receivers, including two to his brother Kade and two to Lucas Pruss. On Bergan’s first snap, Koa found Pruss down the middle for an 80-yard tying touchdown.

It really poured on Norfolk Catholic in the final 2½ minutes of the quarter. A 28-yard punt return by Kade McIntyre set up Bergan (13-0) for Jarett Boggs’ 5-yard touchdown run, then Julius Cortes recovered a Catholic fumble on the ensuing kickoff, and it was McIntyre to McIntyre for the final 10 yards on the next play in that bang-bang eight-second sequence.

“We broke down in terms of making some mistakes, and they're too good to make mistakes," Catholic coach Jeff Bellar said. “We knew they take some deep shots and they hit some deep shots. We were hoping we can maybe pressure their quarterback a little bit and he wouldn't have such an opportunity to throw. We got a little bit of breeze out here, it carries, and they can outrun us.”

A 42-yard McIntyre brother connection made it 28-7 at the quarter. Bergan scored once in each of the last three quarters while piling up 452 yards.

Cal Janke, on a second-quarter run, and Gavin Logemann, on a third-quarter catch, had the other Bergan touchdowns.

Karter Kerkman had 153 yards rushing and the first and last touchdowns for No. 2 Catholic (11-2). Carter Janssen threw to Brennen Kelley for their team’s other score.

Even with the game seeming in control after 12 minutes, Mruz wasn’t ready to exhale while waiting for the awards presentation.

“It’s still not over until it’s over, and with what we got and what we have, I didn’t want to screw it up," the coach said.

» Get the full story later tonight on Omaha.com.

Tyson Denkert scored all but four of the Blue Devils’ points in the win over Sandhills/Thedford.

Bennington running back Dylan Mostek set the 11-man state rushing record and put the undefeated Badgers on their way to their first Class B state title.

Who saw Gretna’s state championship coming? In the preseason, only a few Class A coaches even mentioned the Dragons. 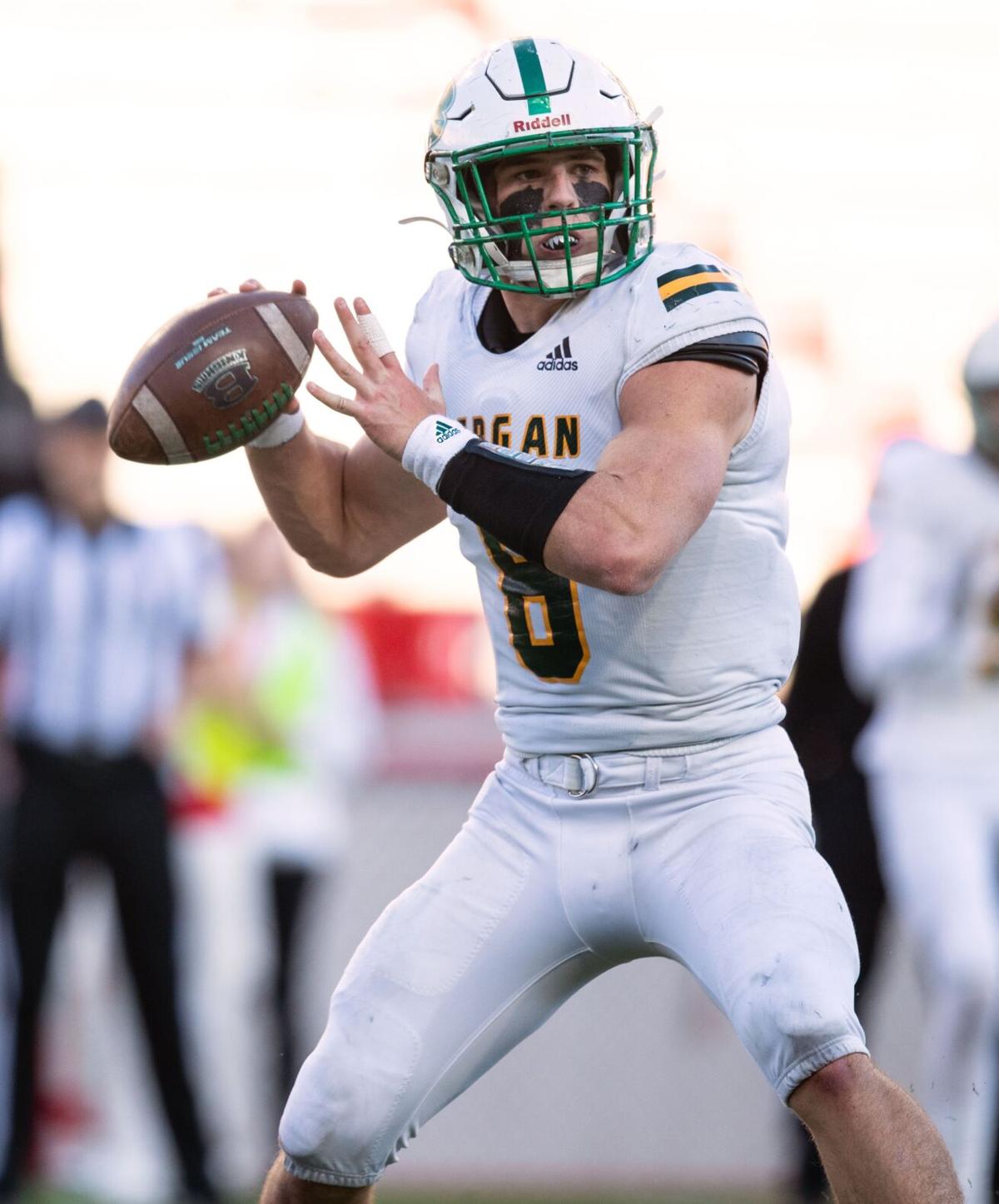 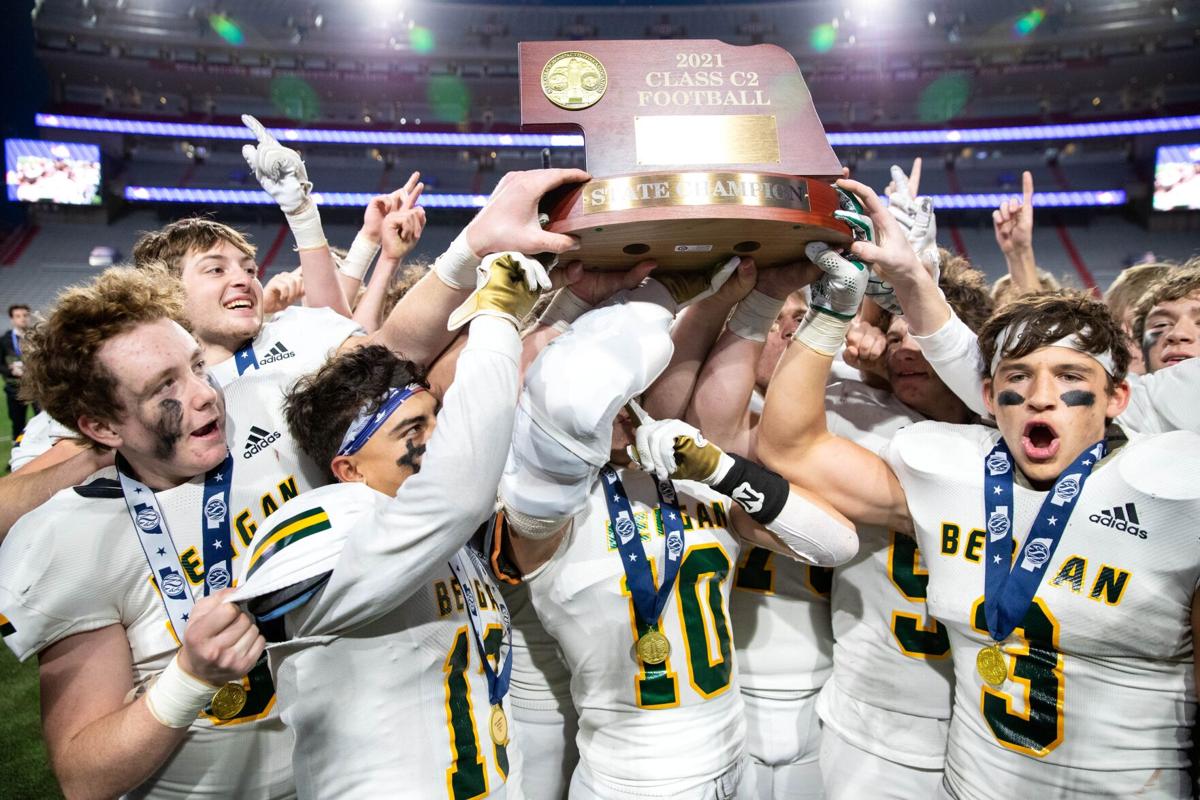