It was difficult to hear Omaha Skutt coach Kip Colony after the game Friday night, and for good reason.

His jubilant players were loudly celebrating in the adjacent locker room.

The Class B No. 3 SkyHawks got the job done on the road, posting a 63-54 win over top-ranked Elkhorn North. Skutt moved to 11-0 while the Wolves, the defending Class B champions, dropped to 11-1.

The SkyHawks prevailed despite a 30-point effort from Elkhorn North's Britt Prince, the state's scoring leader with a 26-point average. But it wasn't enough to deny Skutt, which lost by 15 to the Wolves' last season.

"We knew Britt was going to get her points," Colony said. "But it's all about what happens at the end of the game."

Skutt got a big effort from its own high-scoring sophomore guard, Peyton McCabe. The younger sister of Fremont All-Nebraska guard Taylor McCabe scored a team-high 22 points, including eight in the fourth quarter to seal the victory.

"We wanted this game so much," she said. "We worked hard and played like a team."

The SkyHawks, who never trailed, took control with a 13-0 run that began late in the first quarter. Freshman Mia McMahon sank three consecutive 3-pointers during that run.

Skutt led 33-21 at halftime and 45-32 entering the fourth quarter. The Wolves made a late run and got within six but four points by Victoria Van Dyke and two from McCabe clinched the victory.

Colony said it was a big win in front of a big crowd.

"The atmosphere for both teams tonight was awesome," he said. "We usually don't see a crowd like that except at the state tournament."

Prince yanked down a game-high 11 rebounds but poor free-throw shooting hurt the Wolves, who were 12 of 23 from the line.

Van Dyke and Julia Connealy each had eight rebounds for Skutt while freshman Presley Douglas had five. Douglas, a 5-foot-7 freshman, scored seven points and hounded the 5-11 Prince much of the game.

As for that noisy locker room, Colony said that was nothing new.

"They're like that all the time," he said. "We do a lot of bonding and it's always about the team with me."

Brett Froendt finished at Westside with a 101-42 record. The Warriors have been to the state finals the past three seasons, winning in 2020 on their home field.

The ninth-ranked Islanders got bracket championships from Anyia Roberts and Maria Lindo-Morente on their way to the team title at the Norm Manstedt Girls Invitational on Thursday.

Check out the Nebraska high school basketball scores from Jan. 6.

Check out the statistical leaders in Nebraska high school girls basketball from Class A, Class B and the Omaha area.

Pospisil: Nebraska Girls Basketball Showcase is off to a good start

Nebraska girls basketball now has an event that is akin to the boys’ Heartland Hoops Classic in Grand Island, and the Nebraska Girls Basketball Showcase is off to a good start. 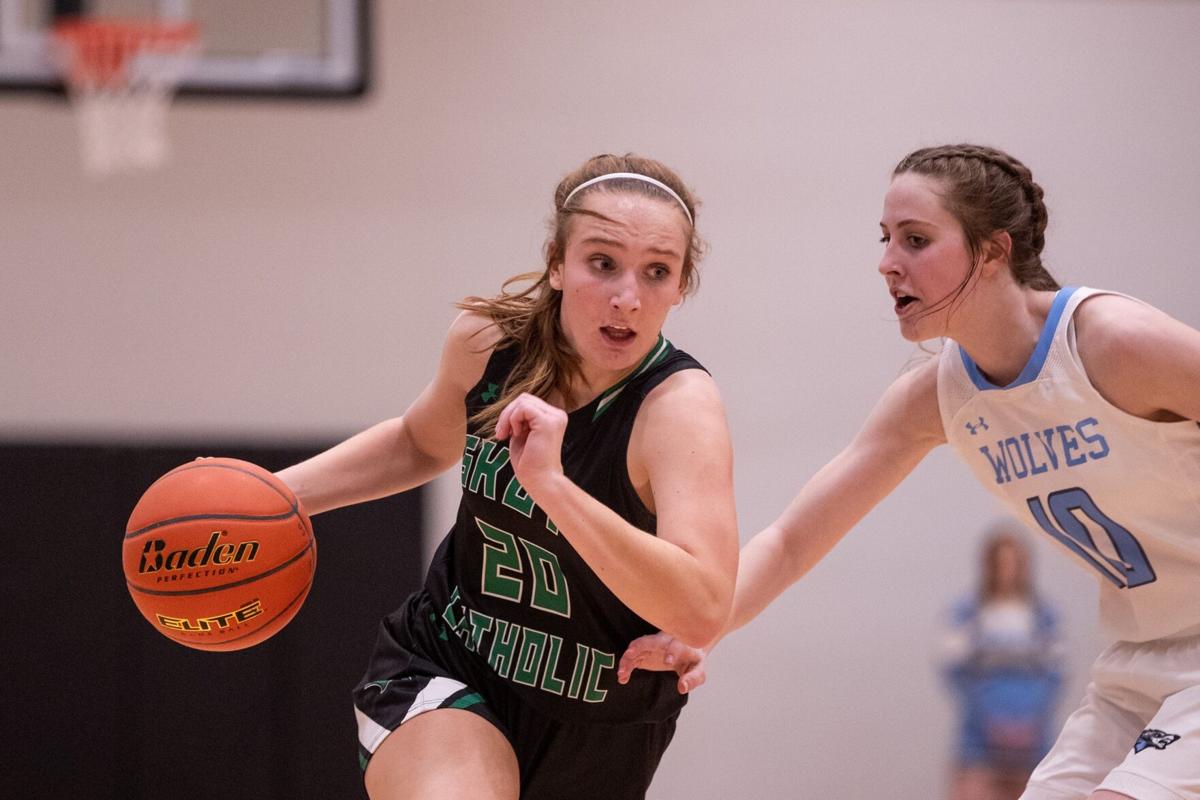 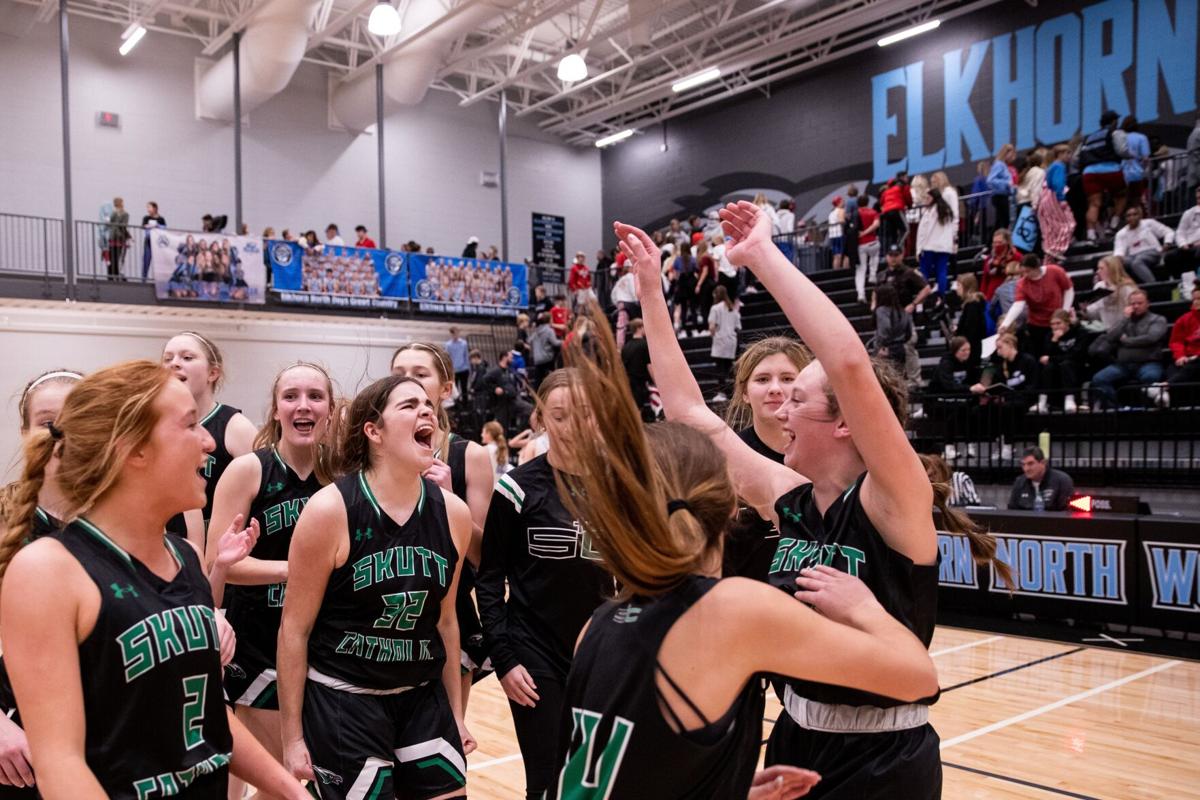 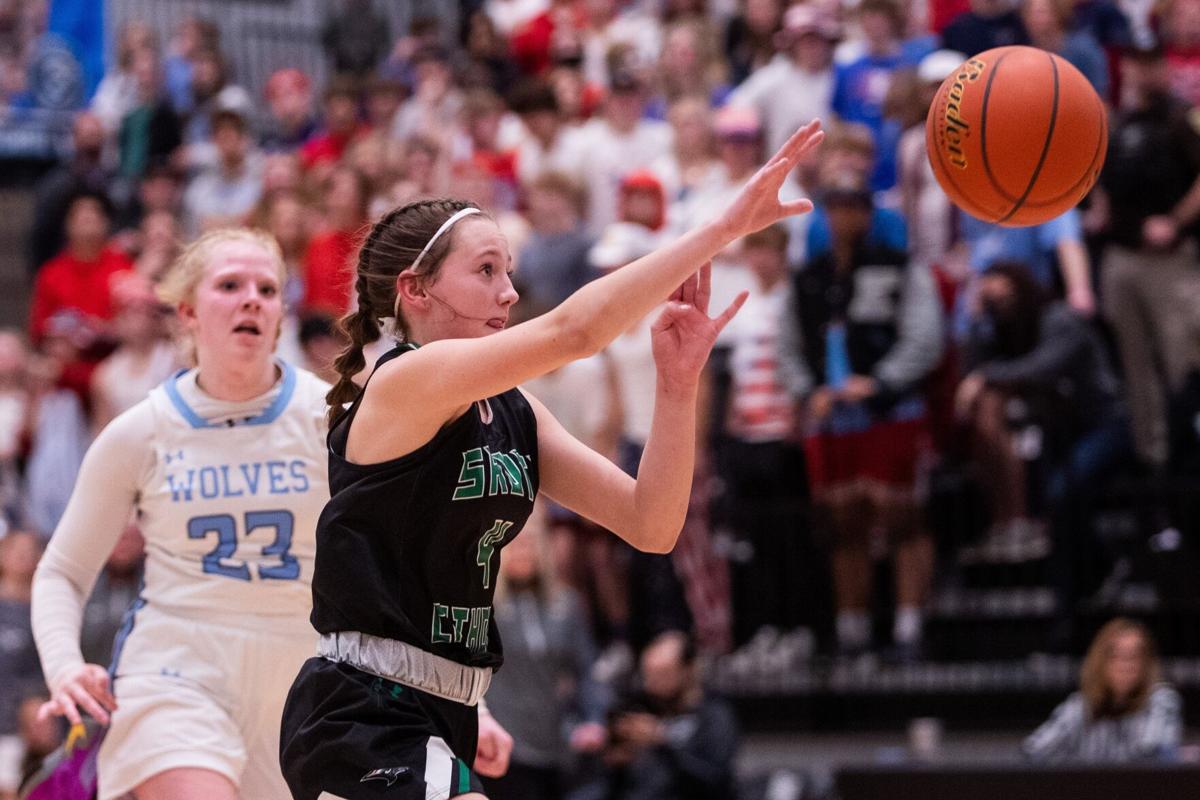 Omaha Skutt's Mia McMahon stretches out for the ball with Elkhorn North's Reilly Palmer on her tail.