Central's Deshawn Woods, state's No. 1 recruit, commits to Missouri
11 comments
Share this
1 of 5 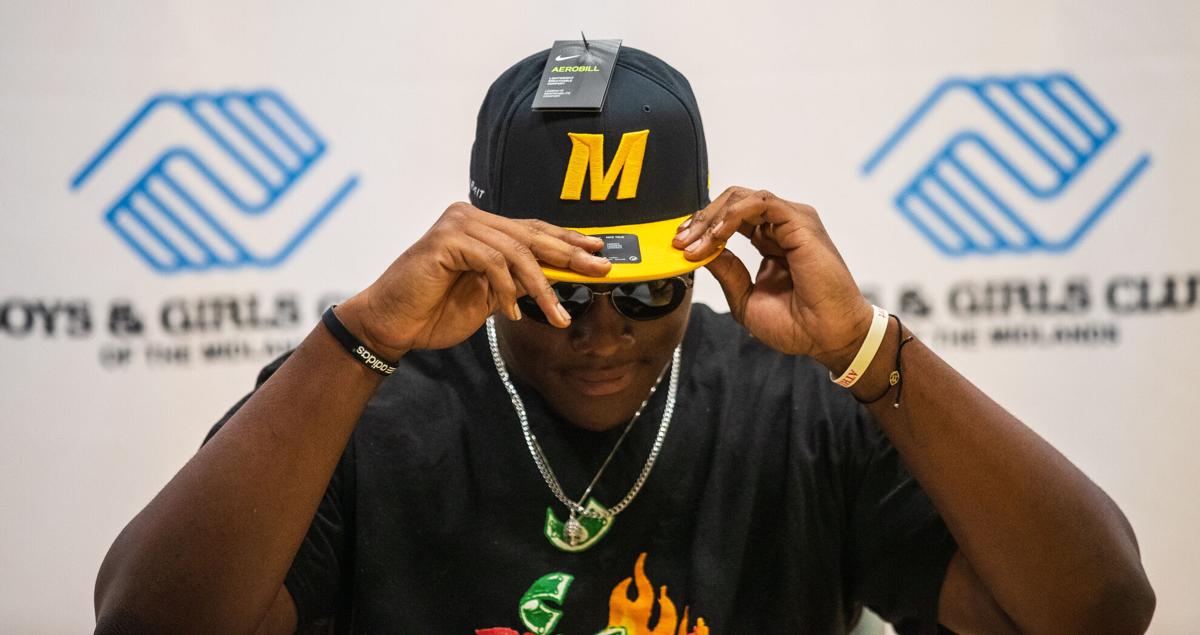 Omaha Central’s Deshawn Woods puts on a Missouri hat after committing to the Tigers on Saturday. 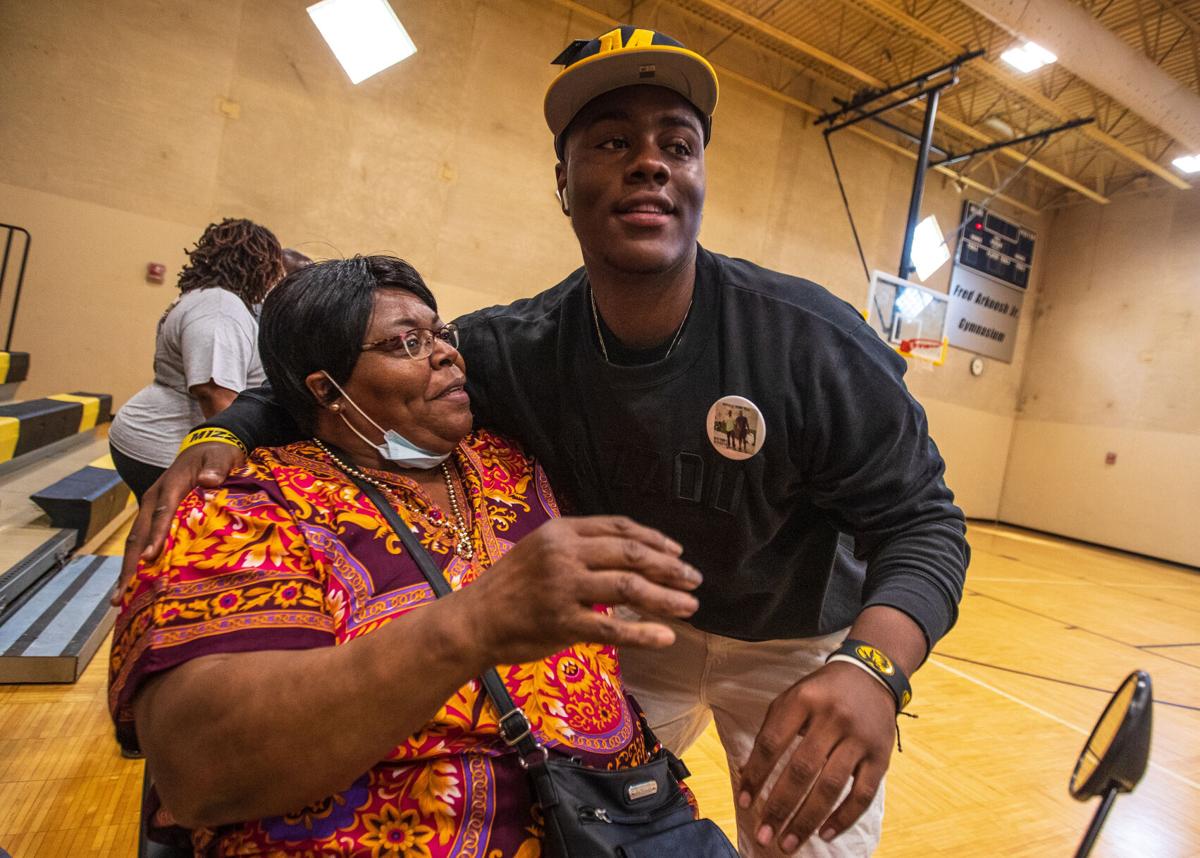 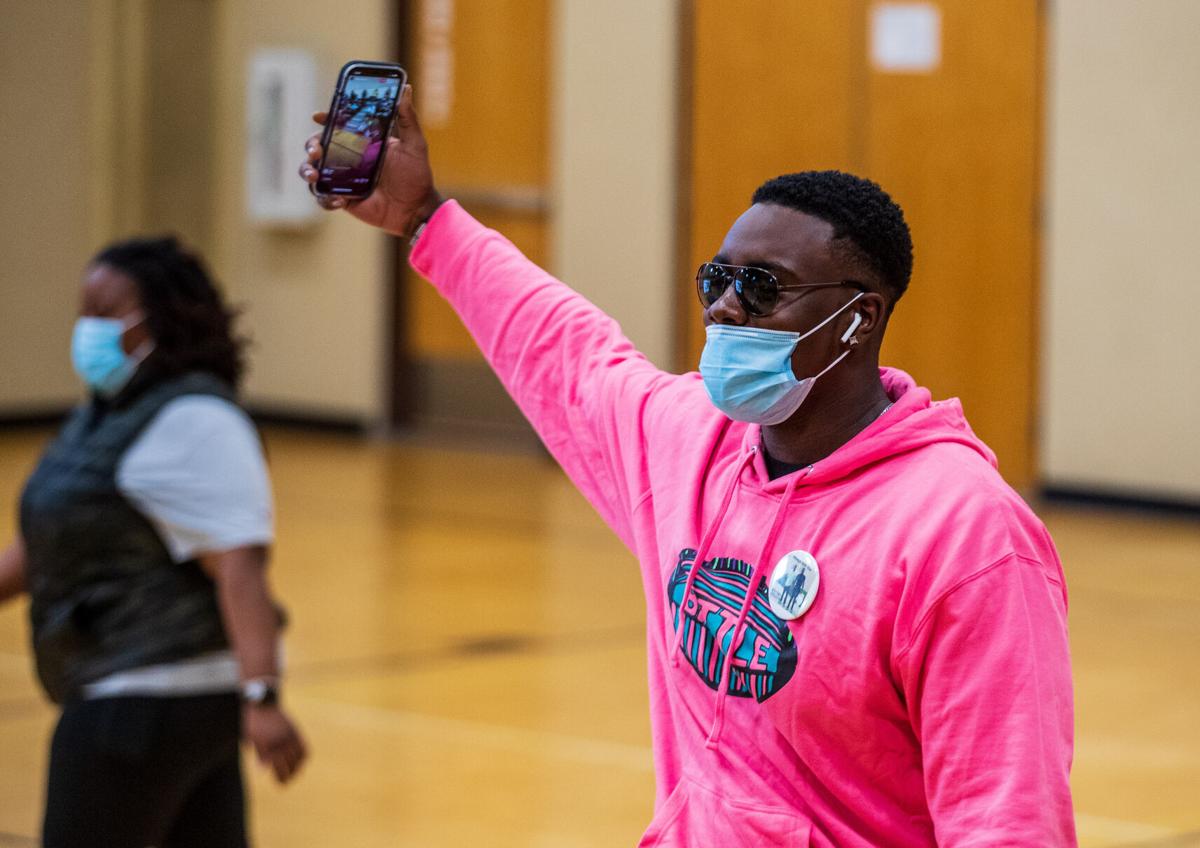 Omaha Central’s Deshawn Woods records his entrance before committing to Missouri on Saturday. 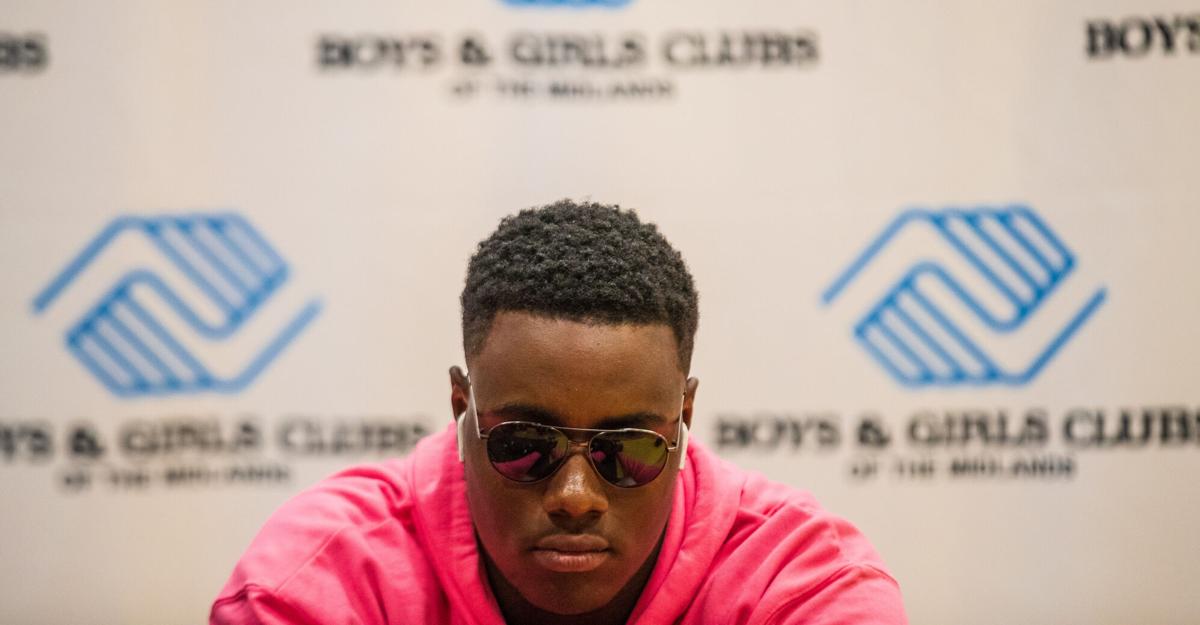 Omaha Central’s Deshawn Woods sets his phone up to record his commitment to Missouri on Saturday. 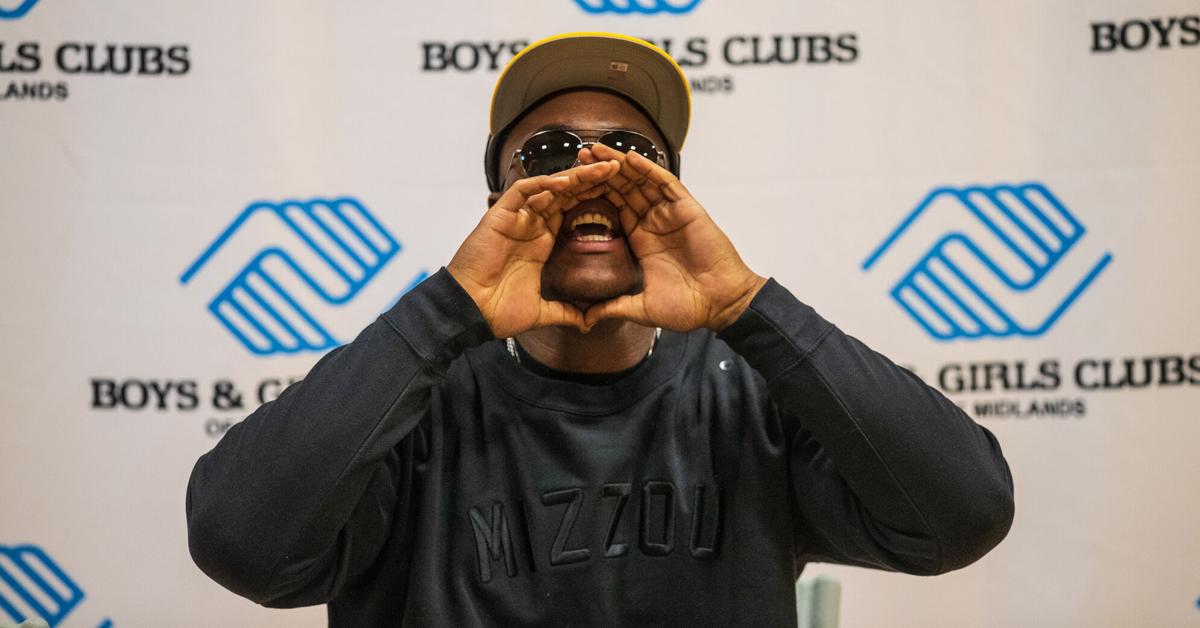 Omaha Central’s Deshawn Woods leads a Missouri chant after committing to the Tigers on Saturday.

Deshawn Woods had a specific reason for wanting to be at the North Omaha Boys & Girls Club for his announcement Saturday that he has committed to Missouri.

It’s where the Omaha Central offensive lineman’s athletic career began. By happenstance, the colors in the club’s gym are Missouri’s black and gold.

When his father brought the then-6-year-old to the club, people there thought Woods was 8 or 9. He earned the nickname “Little Suh,” an homage to Nebraska’s Ndamukong Suh, for his defensive prowess.

“I just felt like one was meant to be for me and one was just a place to be,’’ Woods said. “To have the college experience, there was one I actually needed to be.”

Position coach Marcus Johnson, the Tigers’ assistant head coach, did most of UM’s recruiting of the four-star prospect who is the top-ranked player in the state for the 2022 class. Woods is ranked 149th overall according to the 247Sports composite and is the No. 6 interior lineman.

“I believe for me to succeed, the best person for me is Coach Johnson,’’ Woods said. “He’s going to be able to develop me and build me for how I need to be good.”

Woods visited ASU first, then Mizzou, in June. He first went to Columbia for a camp because Central juniors Jaylen Davis and J’dyn Bullion were going.

When he learned Columbia was relatively close to home, less than five hours away, it increased his interest.

Central coach Jay Landstrom said Missouri’s staff began contacting him and Woods around February 2020, before the coronavirus pandemic hit, colleges had to change how they recruited and the Omaha Public Schools opted not to play football last fall.

“I felt they did things the right way,’’ Landstrom said. “They stayed with him through the pandemic. They never wavered on him when we didn’t have a season. This is the fruits of their labor.”

Woods donned pads Thursday, for the OPS Jamboree, for the first time since the end of his sophomore season in 2019.

“I felt good,’’ he said. “You put back on the pads, you feel a little jittery. Then you get back to it and you’re like, ‘We got this.’ Then I just went out there and played like how I played.”

Woods was the first of four highly ranked prospects from the Metro Conference to pick a college. Next up, on Wednesday, is Bellevue West’s Micah Riley-Ducker. Omaha Burke’s Devon Jackson and West’s Kaden Helms remain uncommitted.

Others known to have committed to FBS schools in the 2022 class are Ernest Hausmann of Columbus and Jake Appleget of Lincoln Southeast to NU, Gage Stenger of Millard South to Kansas State, Koa McIntyre of Fremont Bergan and Caden Becker of Omaha Skutt to Wyoming and Garrett Oakley of Columbus Scotus to Northern Illinois

From the 2023 class, Pierce tight end Ben Brahmer has committed to NU.

Photos: Every Super Six since 2006

After transferring to Lewis Central, Brayden Loftin caught lots of passes and lots of attention

“From an athletic standpoint, he has a lot of things you just can’t coach,” Lewis Central coach Justin Kammrad said. “That’s the measurables. That’s the speed.”

Bellevue West tight end Micah Riley-Ducker, one of the state's top football recruits, committed to Auburn on Wednesday, becoming the second Metro-area prospect in the last week to pick an SEC school.

Bellevue West tight end Kaden Helms, one of the top football recruits in Nebraska, plans to announce his college commitment next week.

Steve Warren, a 1999 All-American at Nebraska, has been in the game long enough to see how much it has changed — and is filling a niche in the Omaha area.

The World-Herald's annual Super Six features the best football prospects in Nebraska. And this year's group — one of the most talented ever — is ready to take center stage.

Omaha Central’s Deshawn Woods puts on a Missouri hat after committing to the Tigers on Saturday.

Omaha Central’s Deshawn Woods records his entrance before committing to Missouri on Saturday.

Omaha Central’s Deshawn Woods sets his phone up to record his commitment to Missouri on Saturday.

Omaha Central’s Deshawn Woods leads a Missouri chant after committing to the Tigers on Saturday.