Sautter: College prospects shine at Bellevue West-Lewis Central 7-on-7 scrimmage
0 comments
Share this
Only $5 for 5 months

It may not have been a live football game, but it was close.

Council Bluffs Lewis Central traveled across the river Wednesday to face Bellevue West in 7-on-7 action.

1. Bellevue West graduated two record breakers — receiver Zavier Betts and running back Jay Ducker — but the cupboard is far from bare. It starts with senior Keagan Johnson. The 6-foot-1, 192-pound Iowa commit separated from defenders well and showed how elusive he can be with the ball in his hands. Twice in the open field he eluded more than one defender after the catch. Look for Johnson to maybe even line up in the backfield this season.

2. Even watching Lewis Central senior Thomas Fidone warm up you can see just how special of a talent he is. The soft hands, athleticism, cutting in and out of breaks easily — it all makes sense. Watching him in live action, without his regular quarterback throwing passes, was even better. One of his catches was good for any highlight reel: a corner route where he found a seam and made the catch on a ball that was underthrown across his body for a long gain.

3. The biggest thing that stood out from the morning was just how good Bellevue West junior Kaden Helms is. At 6-6, 218, Helms caught three touchdowns, showed his ability to run past defenders on go routes, clean route running when lined up in the slot and a large catch radius. Iowa State is the only offer for Helms at the moment, but that will likely change pretty quickly.

4. Bellevue West senior safeties Jack McDonnell and CJ Lilienkamp had good days in coverage. McDonnell, a 2019 first-team All-Nebraska selection and strong safety, has a knack for finding the ball. If tackling were allowed in 7-on-7, he would’ve racked up double-digit stops. Lilienkamp made a nice play on a tipped ball over the middle for the only interception of the day, which would have resulted in a pick-six.

5. Obviously people are eager to watch some sports in person. For a Wednesday morning in July, there were roughly 30 people in the stands watching the action, a pretty high number for a game that doesn’t mean much. During warmups, Lewis Central coach Justin Kammrad was throwing passes to his receivers. The former UNO running back had some zip on the ball and looks as though he could still play today.

Photos: Top prospects on display during 7-on-7 featuring Bellevue West and Lewis Central

Millard South's TJ Urban committed to Air Force on Wednesday, and though other schools wanted him to play defense, the Falcons are giving him a chance at quarterback.

Dru Kuxhausen joins the podcast to discuss his journey to McNeese State from Scottsbluff, goals for his senior season and more.

Recruiting attention is heating up for point guard Cam Binder, an Auburn 'legend'

After leading Auburn to back-to-back state titles, Cam Binder still has unfinished business on and off the court.

Sam Scott can't take visits, but the Omaha North linebacker makes the most of his recruitment

The last few months have presented challenges for Sam Scott. But the Omaha North linebacker with multiple Division I scholarship offers is adjusting the best he can to make a decision on his college future.

There was Justin Patton, Khyri Thomas and Tre'Shawn Thurman. There was Hunter Sallis, Latrell Wrightsell Jr. and Max Polk. A generation of pro basketball players from Omaha sharing a court with the next wave of stars.

Millard South wrestler Tyler Antoniak won a world championship in Hungary last summer. Then he won a state title this past winter. Now he's being recruited by Division I college programs.

Each week on Coaches Corner, World-Herald prep recruiting specialist Mike Sautter is joined by a Nebraska high school coach to discuss the intricacies and challenges of the profession.

It hasn’t taken long for word to get out among teammates that a 15-year-old freshman might be ready to make an early impact on the football field for the defending Class A champions.

Topgolf was set to open in March, but its opening will come in July. Staff will go through daily wellness screenings before they can work.

OPS was the last school district in the state with Class A high schools to get up to speed.

Mike Sautter was at the Nike Tournament of Champions. Check out the results and standouts from his featured games of the day.

Bellevue West's Kaden Helms has one offer so far. But now it's his 'time to shine'

You may think it's too early for Hunter Sallis to get NBA hype. But it's real, Mike Sautter writes, and the Omaha basketball community is proud of the future stars it's producing.

Nebraska Shrine Bowl will be first football game in U.S. since March

With all 90 participants healthy, the Nebraska Shrine Bowl is on track to be the first football game in the nation since March.

Mike Sautter was at the Nike Tournament of Champions. Check out the results and standouts from his featured games of the day.

Lucas Vogt is playing with some of the best basketball prospects in the state this summer. He hopes that exposure will soon lead to his first scholarship offer.

Two football players from Omaha, and another from Council Bluffs, are ranked among the nation's best prospects according to the updated 247Sports rankings.

Thomas Fidone, a top Husker recruiting target, recently crammed into a truck with four Nebraska commits for an eye-opening trip to Lincoln that could help NU land this four-star tight end. 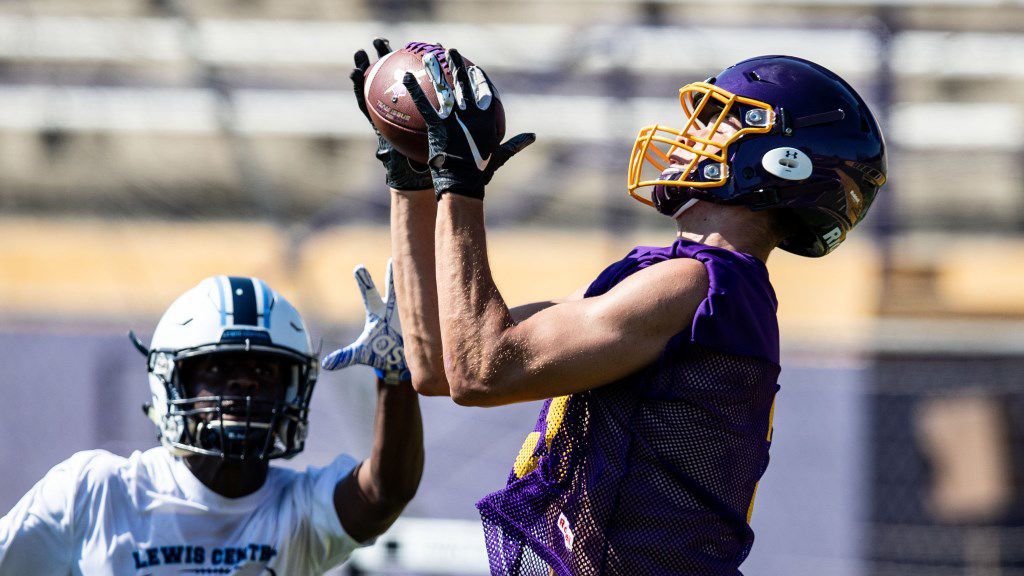 Kaden Helms comes down with a grab during the 7-on-7 scrimmage between Bellevue West and Council Bluffs Lewis Central. Helms was one of several Division I football recruits on the field. 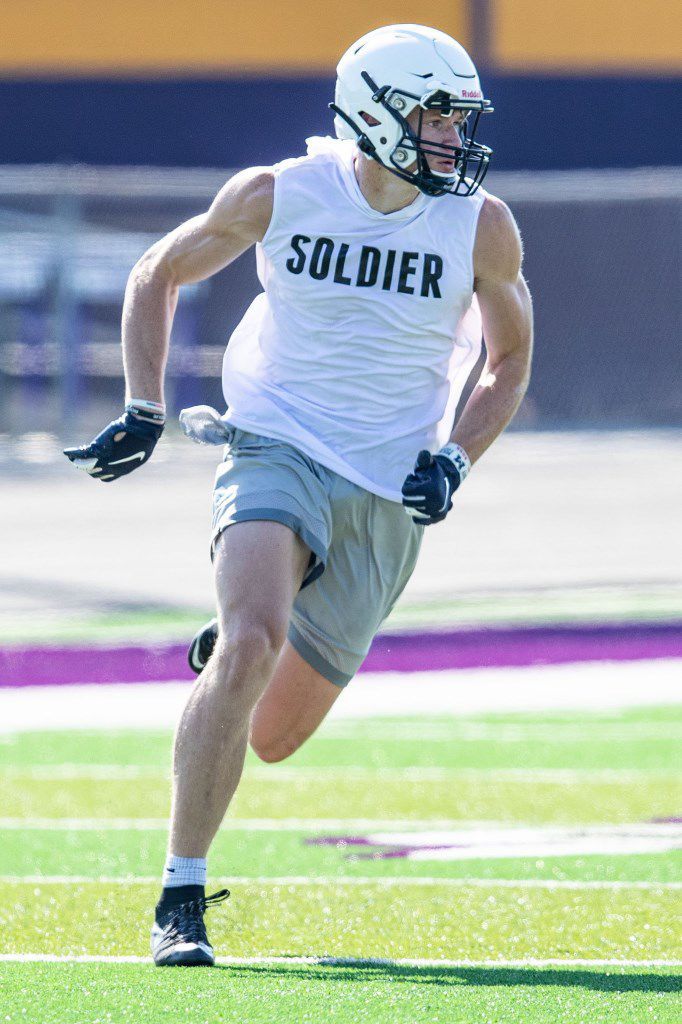