But with a season-high 5,434 in Haymarket Park and a national audience watching on BTN, Nebraska’s lefty did that to begin the game and the weekend series Friday afternoon. The next couple of hours were only slightly less perfect for the Huskers in a 1-0 win over Michigan to begin their final regular-season weekend.

“That was pretty special,” Povich said. “The crowd today was unreal.”

The main event featured a pair of dueling Big Ten aces in a game that looked and felt like a regional. Povich — potentially making his final home start — struck out nine across seven innings and 86 pitches. Top 25 Nebraska broke through against southpaw Steve Hajjar with a two-out RBI single from Luke Roskam in the sixth.

The Huskers (30-11) held on from there to extend their winning streak to nine, the program’s longest since 11 straight in 2015. The series continues at noon Saturday between the outright Big Ten champs and the Wolverines (26-16), who may have work to do to be an at-large NCAA qualifier.

“Right now we’re trying to be a No. 1 seed,” NU shortstop and closer Spencer Schwellenbach said. “That’s the biggest thing right now. Could easily say we won the Big Ten championship already and we have nothing to play for. But that’s definitely not the case.

“And Michigan has something to play for, too. They’re playing for their postseason lives right now. It’s super easy to come out here and play when we all love each other and the message has been the same thing since Day 1 — just to get after it every single day.”

Povich had all five of his pitches working from the jump.

The third-year hurler didn’t allow a baserunner until he plunked a man in the fourth. Michigan’s biggest threat came with a walk and single to open the fifth, but the Bellevue West grad followed with a strikeout, flyout and groundout. The Wolverines got a man to third base once after a sixth-inning double and groundout, but Povich squashed the chance with another punchout.

Hajjar, a sophomore, kept Nebraska’s Big Ten-leading offense at bay throughout his season-best eight innings. The Huskers left men at the corners in the first and ran into a pair of outs on the bases in the third while going quietly in the second, fourth and fifth. Hajjar — who entered ranked 24th nationally with more than 12 strikeouts per nine innings — fanned five while letting his defense work. NU mustered four hits and two walks against Michigan, which was playing in front of a significant crowd for the first time all spring.

NU went ahead with some two-out aggression in the sixth. Schwellenbach dropped a single into left and then — still angry that he hadn’t gotten to second base — swiped the extra bag on a Hajjar pitch in the dirt. Roskam followed by rolling a 0-2 pitch through the left side to plate the game’s lone run.

“I knew if I kept doing my job that the offense would put at least one up and that’s what they did,” Povich said. “Just kept believing in the guys and it worked out.”

Nebraska’s defense logged its third straight error-free game and 21st overall while robbing Michigan hitters on multiple occasions. Joe Acker’s diving catch in right-center field ended the fourth inning with a Wolverine in motion from first base. Roskam picked a low Schwellenbach throw in a sixth inning that ended with a runner stranded at third.

Then in the seventh, a one-out Tito Flores double to right-center turned into an out at third on a crisp relay from Acker to Brice Matthews to Max Anderson.

Jake Bunz tossed a scoreless eighth with a pair of strikeouts and Schwellenbach picked up his eighth save with a 1-2-3 ninth. He jumped to spear a high bouncer for the last out, threw to first and held his arms out at his sides as the crowd erupted.

“We’ve seen it for 40 games before this,” Bolt said. “That’s who they are. They just show up and they compete no matter the circumstances. I thought the defense was the difference in the game today behind what our pitchers did.”

Bolt said NU won’t hold back throwing any pitchers this weekend as long as they feel good to go. That was no problem Friday, no matter where the motivation might be coming from.

“We still have a chance to win two more games and put us in even better position going into regionals,” Povich said. “We’re just going to keep showing up and putting stuff together.”

When Will Bolt was introduced as Nebraska’s baseball coach 23 months ago, he was asked what style of baseball he’d play. “Winning,” Bolt said. “Whatever that’s got to look like."

After falling in the opening game of the doubleheader, Nebraska defeated Michigan to win its final series of the regular season.

Shatel: Nebraska baseball not hosting NCAA regional won't be a disadvantage for Huskers

Will Bolt and his resilient Huskers have taken winning focus to a new level, writes Tom Shatel. And wherever they get sent for an NCAA regional, it won’t be a disadvantage. It will be an opportunity. 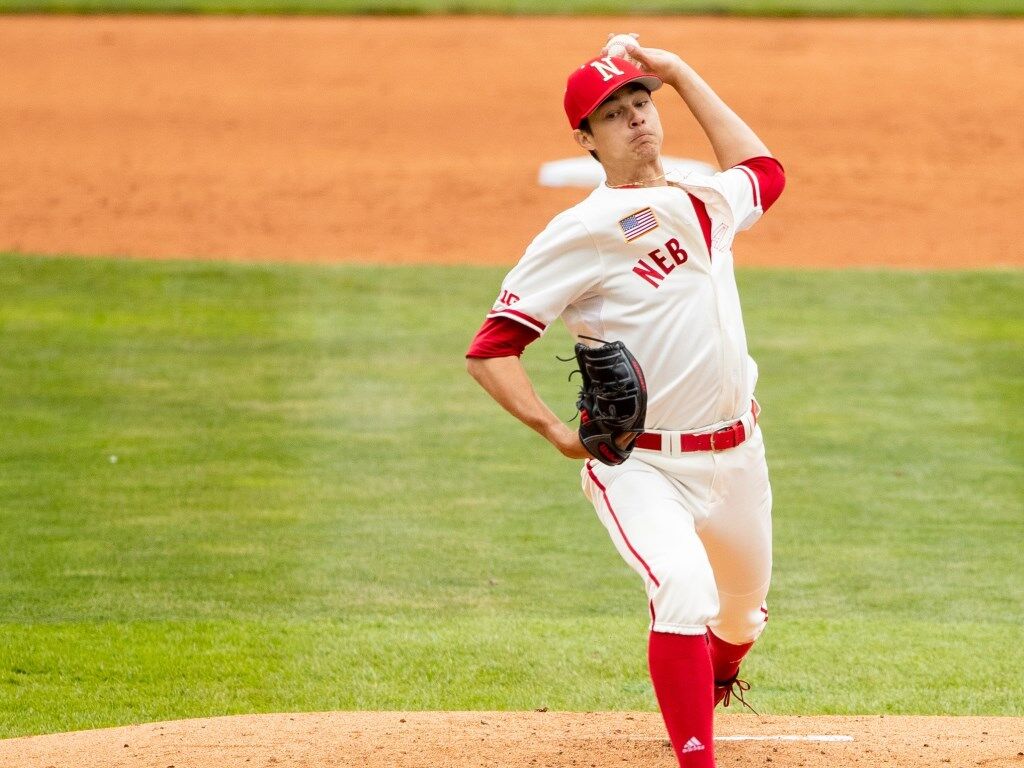 Cade Povich had nine strikeouts over seven innings Friday against Michigan, including an "immaculate" first inning in which he struck out three batters on nine pitches. 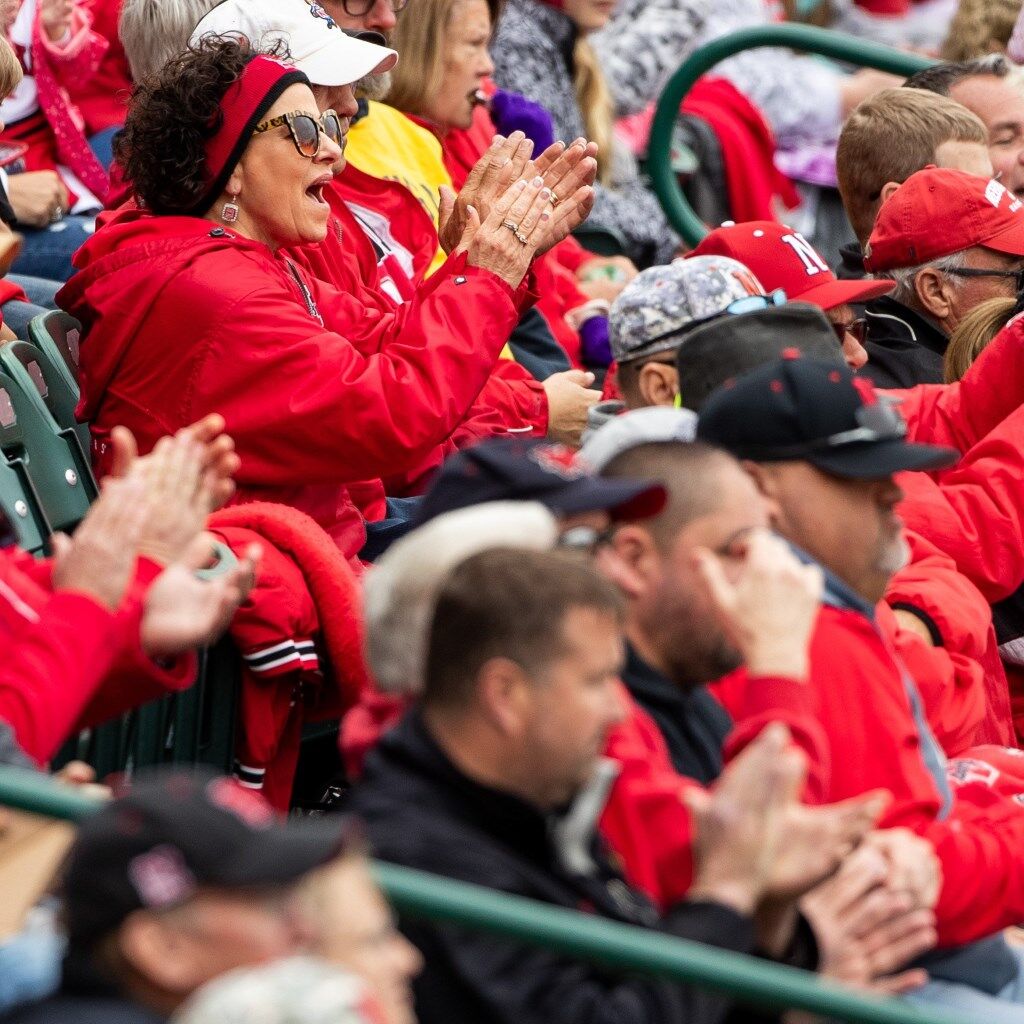