FAYETTEVILLE, Arkansas — For a time, anything felt possible for Nebraska.

The Huskers were hanging with the No. 1 overall seed in front of a hostile crowd of 11,000-plus. They had just scored a run off one of the best pitchers in college baseball and were hanging around into the late innings, ready to rally for a second straight night.

Then NU slipped out of character. A pitching staff among the best in the country at limiting walks started handing out free passes. A defense that has been allergic to unearned runs all year allowed two.

Harsh reality hit home from there in a 5-1 loss to Arkansas that puts Nebraska’s season on the brink. The heavy dose of mistakes — and a lot of Kevin Kopps — leaves the Big Ten champs (32-13) needing to win three straight games to survive the weekend. The first comes Sunday at 2 p.m. against fourth seed NJIT, which eliminated Northeastern 3-2 earlier in the day at Baum-Walker Stadium. Arkansas will meet the winner at 8 p.m.

“We’ve just got to get back to what we’re good at,” NU senior Luke Roskam said. “Playing good defense, throwing strikes and keep trying to be aggressive.”

Nebraska’s top-40 scoring offense put just two runners in scoring position against Hogs ace left-hander Patrick Wicklander and star reliever Kopps, who combined on a five-hitter to move to 2-0 in the regional. The Hogs homered on the fourth pitch they saw and led throughout, pulling away in the late innings thanks largely to NU pitchers handing out a season high-tying 10 walks and an uncharacteristically shaky defense that opened the door for a decisive two-run sixth.

One of the nation’s best home-run hitting teams flexed its muscle right away when Matt Goodheart took NU starter Chance Hroch deep in the bottom of the first. It used a pair of walks and singles in the second to extend to 3-0, with an RBI single by No. 9 hitter Braydon Webb and a Cayden Wallace sacrifice fly doing the damage.

The sinkerballer Hroch worked a clean third but a fielding error and single with two outs in the fourth prompted NU to turn to the bullpen and Cam Wynne, who escaped the jam with a groundout. The visitors felt the pressure again in the fifth after issuing a couple walks before Emmett Olson wriggled out with a strikeout.

Big Red fell off the tightrope in the sixth. A throwing error began the frame and four straight walks came soon after along with a passed ball to plate a pair give Arkansas a 5-1 edge.

The Huskers used six pitchers in all. Hroch went 3 2/3 stanzas on 84 pitches with six strikeouts. Wynne, Olson, Jake Bunz, Max Schreiber and Tyler Martin took over from there and allowed just one hit while walking seven. NU collectively had walked just 3.25 batters per nine innings entering the weekend.

“I know for sure the difference in the game was the 10 walks we gave up out there,” NU coach Will Bolt said.

An erratic strike zone at home plate didn’t help either team. Van Horn said it was “jumping all around,” often leaving players and pitchers to guess the outcome. Nebraska batters worked extended at-bats against the Hogs’ best arms in Wicklander (92 pitches) and Kopps (71) but went just 2 for 9 with a walk on full counts. Many of their hardest-hit balls either landed on the wrong side of foul poles or found the mitts of Hogs defenders.

“It’s just how the game goes,” Roskam said. “But we went into a lot of deep counts — we just didn’t really win our 3-2 counts or get that big hit to get us going.”

Arkansas turned to Kopps moments later. NU got a man to second base for the first time on a groundout, then Roskam ended the shutout with a full-count RBI single to left-center field. The visitors got two men on base the rest of the way on hits by Cam Chick and Jaxon Hallmark as Kopps logged his lengthiest save of the spring.

Van Horn said he would prefer not to throw the reliever for a third straight day Sunday but added he’s “a different cat.” One of the team’s best hitters, Brady Slavens (ankle), missed the game but could also return to action in the next day or two.

The status of one of Nebraska’s best batters is also in jeopardy. Big Ten Freshman of the Year Max Anderson came up lame while running out a grounder in the top of the fourth inning and came out of the game. Bolt said it “doesn’t look good” for the third baseman to return this weekend.

Bolt said he would decide Sunday morning who would start for the Huskers against NJIT on Sunday. A combination of Kyle Perry and Shay Schanaman has been the team’s normal game-three choice.

“I would expect nothing less than our very best effort (Sunday) to give ourselves a shot,” Bolt said.​

Photos: Nebraska and Arkansas set for showdown at NCAA regional

Koty Frank bailed out Nebraska baseball with a near-perfect relief outing and the Huskers rallied for their second-largest postseason comeback win in school history with a triumph over Northeastern.

Scouting reports for Nebraska baseball at the Fayetteville Regional

NCAA tournament action begins Friday for Nebraska baseball at the Fayetteville Regional. Check out scouting reports for the Huskers and each of their potential foes.

Check out Saturday's results from the regionals of the NCAA baseball tournament.

Pitcher Shay Schanaman did exactly what the Huskers needed to not only survive their first elimination game but save the bullpen for a few hours later, when Nebraska faces No. 1 overall seed Arkansas.

Live updates: Nebraska baseball vs. Arkansas in the NCAA tournament

The Huskers have a chance to advance to a super regional today. Nebraska faces Arkansas at 6 p.m. in the decisive game of the Fayetteville Regional. Join us for live coverage from Baum-Walker Stadium. 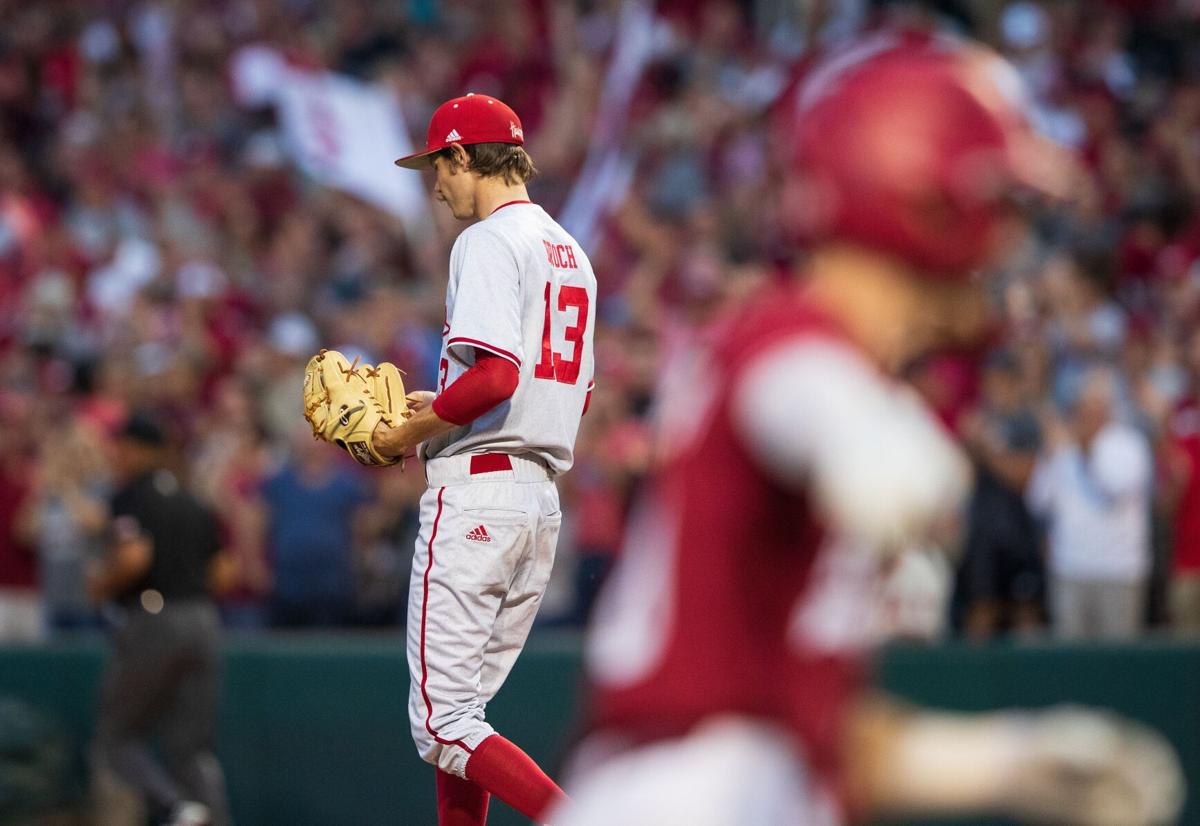 Nebraska's Chance Hroch walks back to the mound as Arkansas' Matt Goodheart round third base after hitting a home run during their NCAA regional game. 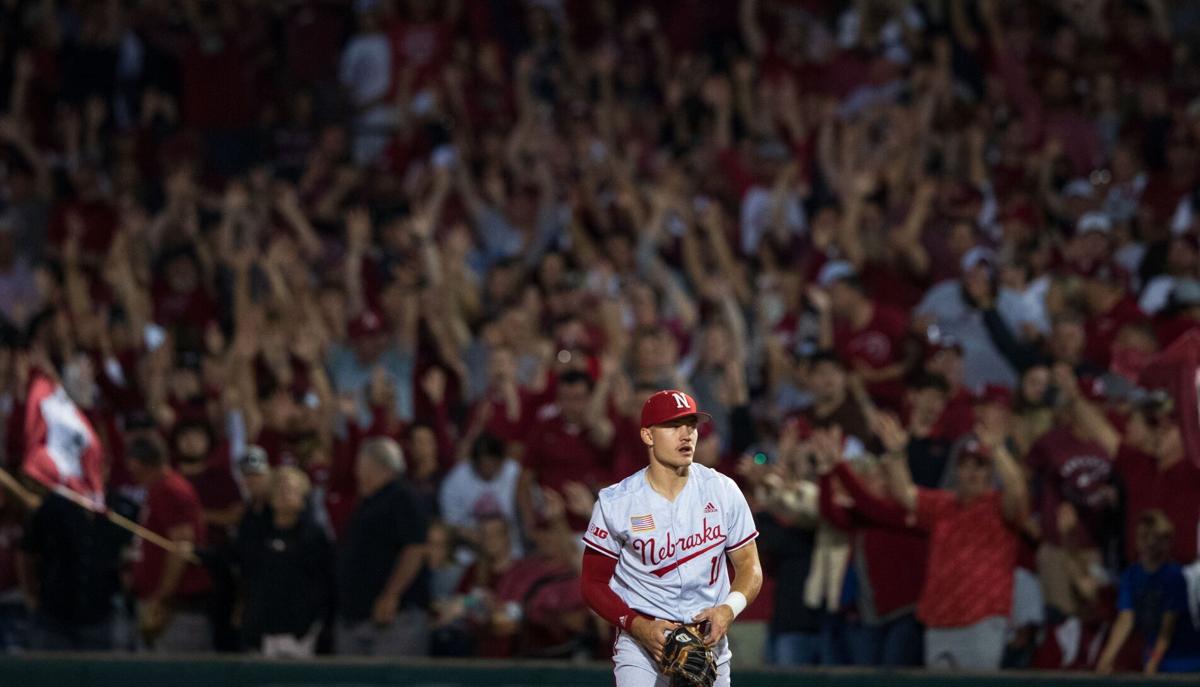 Nebraska's Jack Steil looks on as Arkansas fans call the hogs after a run was scored during a NCAA regional game. 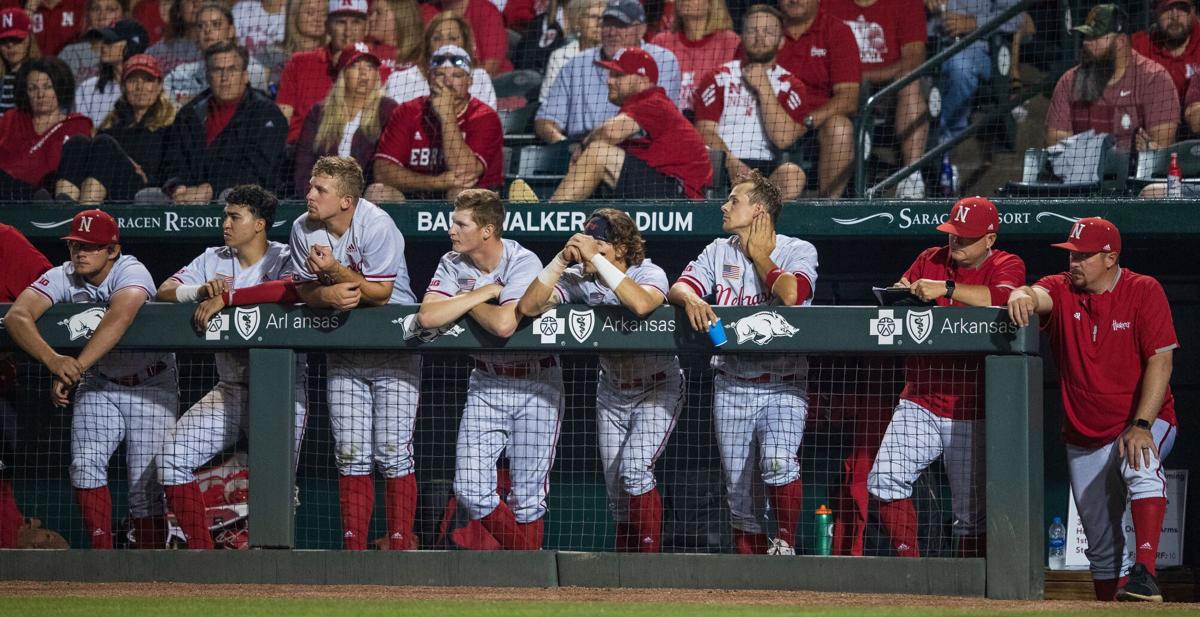 Nebraska players and coaches watch during the final inning of a loss to Arkansas during their NCAA regional game. 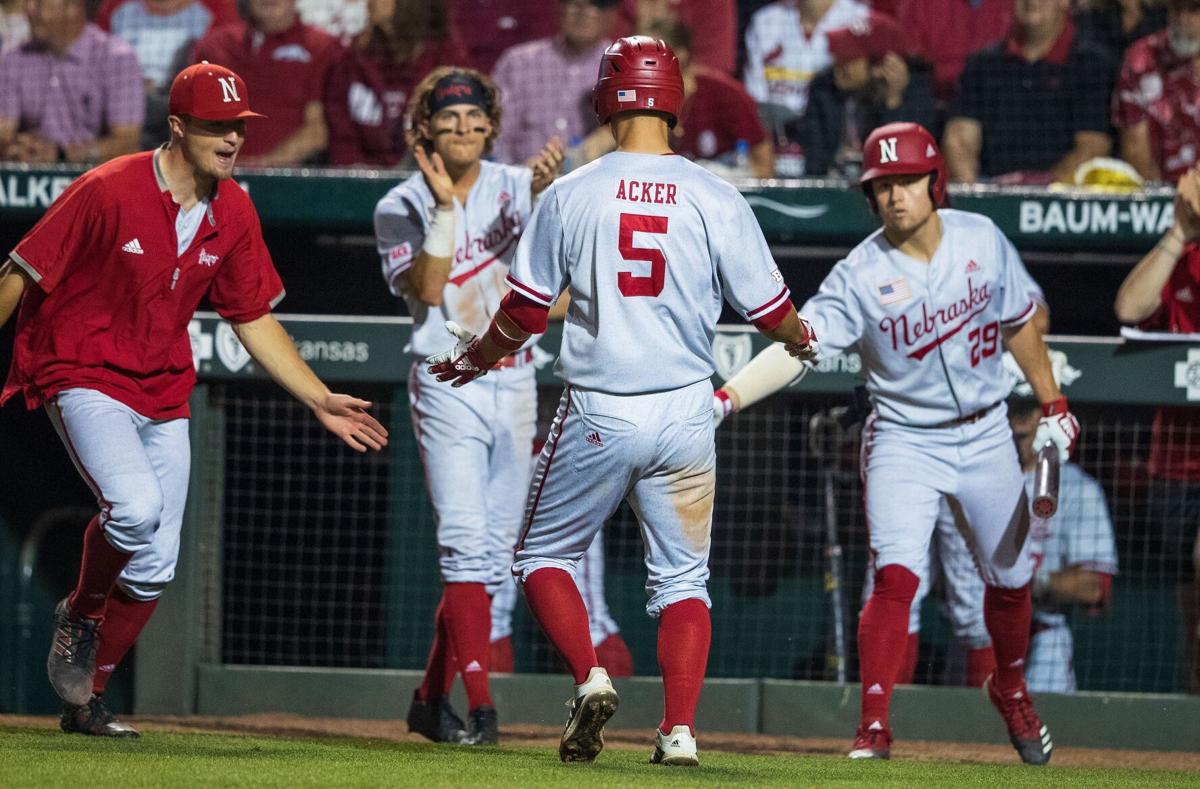 Nebraska's Joe Acker is greeted after scoring against Arkansas during their NCAA regional game.