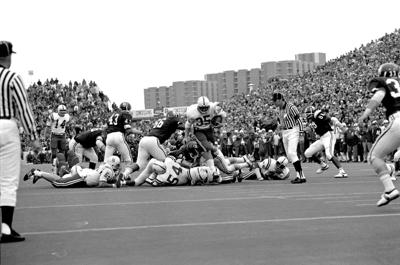 This Nebraska-Oklahoma game isn’t likely to go down as another Game of the Century. It probably won’t even be the game of the week.

Although the top 10-ranked Sooners still bear some resemblance to Oklahoma’s juggernaut squad from the epic showdown a half-century ago, Nebraska has painfully fallen into college football irrelevance for the better part of a decade.

Still, many Cornhusker fans look forward to Saturday, when two of the sport’s traditional bluebloods will renew their storied rivalry.

“It’s not that Husker fans are delusional and expect a 30-point win, but the reason you play college football is for games like this,” said Matt Honke, who produces a weekly Big Red fan podcast with three childhood friends from Columbus. “These schools still mean a lot to college football. It’s one of the great rivalries — and one of the saddest moments when it went away.”

Indeed, it will be the first meeting between the two teams since 2010, the year Nebraska announced that it was leaving the Big 12 Conference for the Big Ten.

The teams actually stopped meeting annually in the 1990s — a period in which the football shoe was on the other foot.

Nebraska was at the top of college football, while the Sooners were going through times that on paper look remarkably similar to what the Huskers and their loyal fans are enduring now.

Even if Husker fans aren’t particularly optimistic about this meeting, the game is rekindling memories of past heydays, when the game’s outcome almost annually determined conference championships and Orange Bowl bids.

Many of those memories for NU fans are haunting ones, games in which Sooners whose names you came to despise delivered yet another gut-punch loss.

“For several years in a row in the mid-1980s, we lost in heartbreaking fashion to ‘Sooner magic,’” said Dave Gaspers, one of Honke’s partners on the “Go Big Redcast.” “There’s a little bit of hatred, with a lot of respect, mixed in with that rivalry.”

But in the biggest moment, the Huskers prevailed: the 1971 battle between No. 1 Nebraska and No. 2 Oklahoma that first put the game on the national map.

Saturday’s 11 a.m. game in Norman was scheduled to celebrate the 50th anniversary of the Game of the Century. Players who were on both sidelines that day will return to take part in weekend festivities.

Bill Kosch, who played defensive back for the Huskers in that game, is taking his two sons down to Norman to meet Friday night with the Sooner players he did battle with. He’s looking forward to that part.

But with the Huskers still trying to find their footing in season four under coach Scott Frost, the game the next day admittedly has Kosch a little worried.

“I hope he turns it around,” Kosch said of Frost and the Husker program. “It’s been painfully slow.”

Nebraska and Oklahoma first met on the gridiron in 1912, and their second match in 1919 was played in Omaha. Starting in 1928, the schools played for 70 consecutive seasons.

Nebraska dominated during those early leather helmet days, racking up a 16-3-3 mark against the Sooners. But Oklahoma then ran off 16 straight wins as Nebraska went into a post-World War II swoon.

But it wasn’t until the Game of the Century that the teams became true archrivals. As the nation’s top two teams dismantled all comers that season, it soon became clear that a major storm was brewing on the Great Plains.

The Thanksgiving Day game in Norman matched the crimson Sooners’ record-breaking wishbone offense and the scarlet Huskers’ stingy defense. And before what was then the largest TV audience ever for a college game, it lived up to the hype.

But the back-and-forth affair wasn’t decided until Nebraska’s Jeff Kinney, his jersey in tatters, bulled over the goal line with less than two minutes to play. Nebraska prevailed 35-31 and went on to win its second straight national title.

“I don’t remember what I had for breakfast this morning, but I do remember Johnny Rodgers’ big run,” said Sheila Coleman of Omaha, who grew up attending Nebraska games with her father. “I remember my dad talking about it for weeks afterwards.”

The series arguably reached its pinnacle in the 1970s and ‘80s. That’s when teams led by legendary coaches Tom Osborne and Barry Switzer engaged in a series of hard-hitting, breathtaking battles in which their national title hopes were frequently on the line.

For many Husker fans, the most memorable games were also the most painful.

So often, the Huskers would be clinging to a late lead, and then it would happen. Some Sooner like Elvis Peacock or Keith Jackson or Buster Rhymes, who you swore was in an OU uniform for at least a decade, would suddenly be running loose in the Nebraska secondary.

The final seconds would run down on yet another Sooner shocker, and Switzer would break into a grin as wide as the state of Oklahoma. It was enough to make you want to throw up.

“I do remember some of those heartbreakers where my dad would get off of the couch, teach me some words and then go off into the garage to blow off some steam,” Coleman said. “To this day, if Nebraska is doing poorly in a game, my siblings will be texting and someone will say, ‘Are you in the garage yet?’”

Osborne lost his first five meetings with Oklahoma before breaking through in 1978. That 17-14 win wasn’t secured until Jim Pillen — now a candidate for Nebraska governor — recovered a fumble by Heisman Trophy winner Billy Sims in the shadow of the NU goal line. Jubilant Husker fans tore down the Memorial Stadium goal posts.

“I have a piece of the goal post from that game,” said longtime season ticket holder Kevin Ordway. “There were a lot of heart-wrenching losses and some great wins.”

People today often talk about how respectful the OU-NU rivalry was, but there’s some revisionist history there. During those days, there was likely no one in Nebraska more hated than Switzer. A World-Herald editorial once even called the Sooner coach a jerk.

“There was no love in our house for Barry Switzer,” said Coleman, 58.

Shatel: Why would Nebraska even consider dropping the Oklahoma game?

But by the 1990s, the series turned sharply in Nebraska’s favor. Switzer had stepped down in 1989, his lawless program in scandal. Meanwhile, Osborne was putting together near-unbeatable teams that went 60-3 over five seasons and won three national championships.

“I remember 69-7, 73-21,” Gaspers said, recalling from memory the scores rung up against OU by the 1997 and 1996 Husker teams that were quarterbacked by Frost. “I sat through every minute of those.”

In fact, the Sooners during those years suffered through their biggest football drought since Dust Bowl days.

During a seven-season stretch from 1992 to 1998, Oklahoma lost 40 games — the same number Nebraska has now lost in seven years under coaches Mike Riley and Frost. The Sooners also had five straight non-winning seasons during that time. The Huskers, facing a daunting schedule this year, are trying to avoid their fifth straight losing season.

Although the series had lost some luster, it was still bittersweet for Husker fans in 1996 when the expansion of the Big Eight into the Big 12 ended the annual rivalry. The schools landed in separate divisions of the new league, with the downtrodden Sooners apparently unwilling to entertain the thought of keeping Nebraska as an annual cross-division game.

Then with Nebraska’s departure for the Big Ten, the game went away completely.

The final meeting between the teams in 2010 was appropriately another high-stakes affair, as Bo Pelini’s Huskers coughed up an early 17-0 lead to lose 23-20 in the Big 12 championship game.

In many ways, that game marked Nebraska’s last appearance on college football’s big stage. The slumbering Nebraska program is now in the midst of its worst stretch since the late 1950s.

Still, Husker fans were excited when it was announced in 2012 that the old rivals would meet again in 2021 and 2022. The 44-year-old Gaspers said it’s still the rivalry that he judges all other sports rivalries by.

Did Scott Frost want out of Oklahoma game? Past Bill Moos statements help explain what happened

That’s why many fans also found it hard to believe when reports surfaced in March that Nebraska was trying to get out of the game.

In response to news reports, NU officials acknowledged that the school had explored finding an opponent to play in Lincoln that weekend but ultimately committed to playing the game.

“Gosh, how the mighty have fallen when our favorite game is now a game we’re afraid to play,” Ordway said.

He’s glad it’s now game on for Saturday. And he’s not the only one.

Honke, who took his 9-year-old son to his first Husker game a week ago, said it’s important for the next generation to understand Nebraska-Oklahoma and the important place the rivalry holds in college football history.

Now the 44-year-old is bound for Norman with some college buddies. And though Oklahoma is understandably a big favorite, Honke isn’t heading south without any hope for his Huskers.

He and his podcasting buddies — who through some unfortunate timing have yet to see a winning football season since launching in 2017 — frequently tell their listeners that all the traditional powers have gone through rough patches. It just takes the right coach and right team to get momentum swinging the other way.

“In Nebraska’s case, we still hope it’s Frost,” he said. “There’s nothing more I would like to see than a victory in Norman to get that started.”

McKewon: Do the Huskers have a trick up their sleeve? It's time to use it

Where have the tunnel screens been? Or regular screens? Something’s coming, right? Nebraska needs it against Oklahoma.

There's a new No. 1 team in Sam McKewon's Big Ten football power rankings. Here's how the conference stacks up entering Week 3 of the 2021 season.

Scott Frost eager to see Nebraska-Oklahoma from a new perspective

This week’s game inspires nostalgia for Scott Frost, who grew up watching Nebraska-Oklahoma. “It’s kind of a shame it went away. It’s going to be special to be part of it in a different way."

Fifty years ago today, Nebraska toppled Oklahoma 35-31 in the final minutes of the "Game of the Century." It's regarded as one of the greatest contests in college football history. 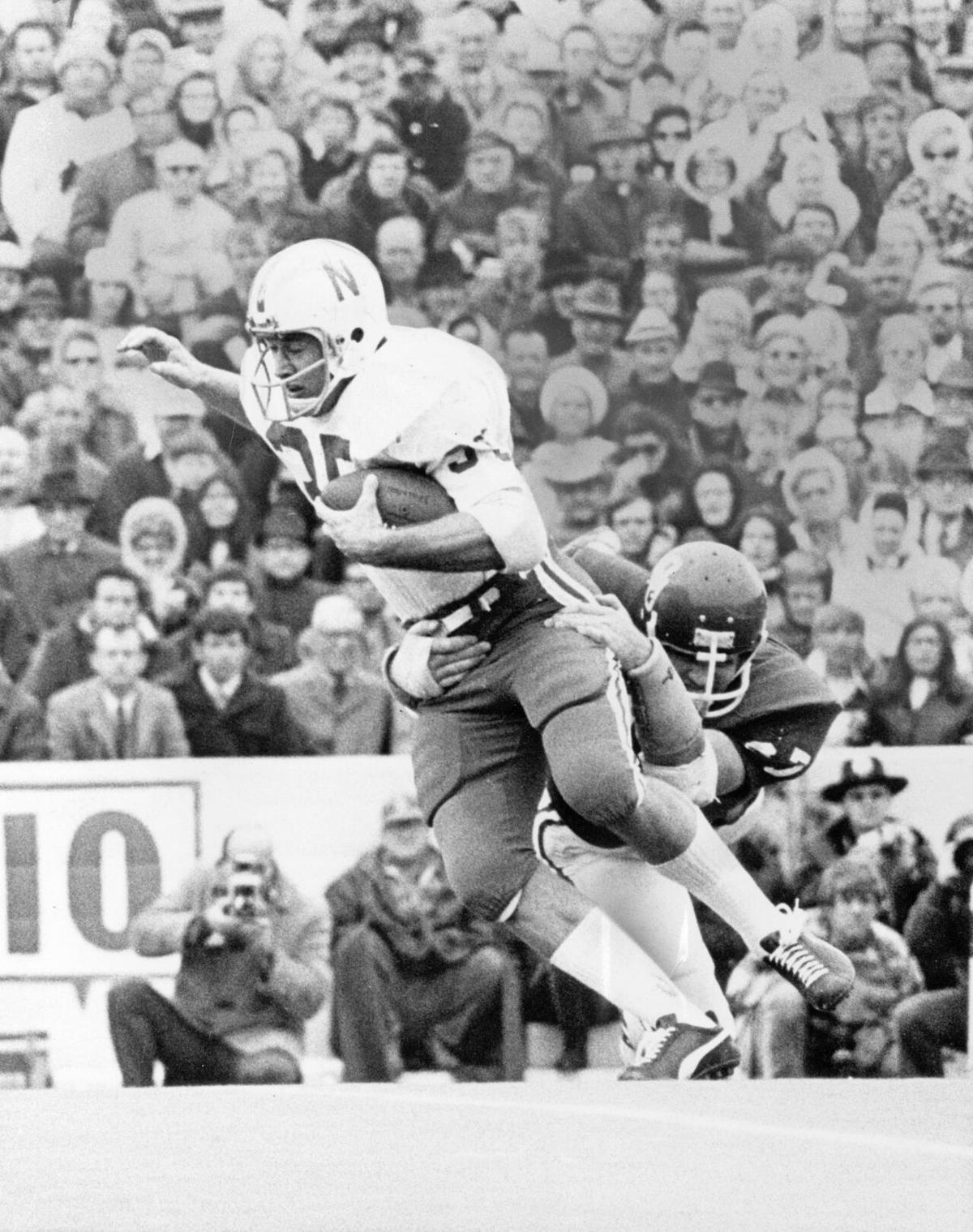 Jeff Kinney in the Game of the Century against Oklahoma. 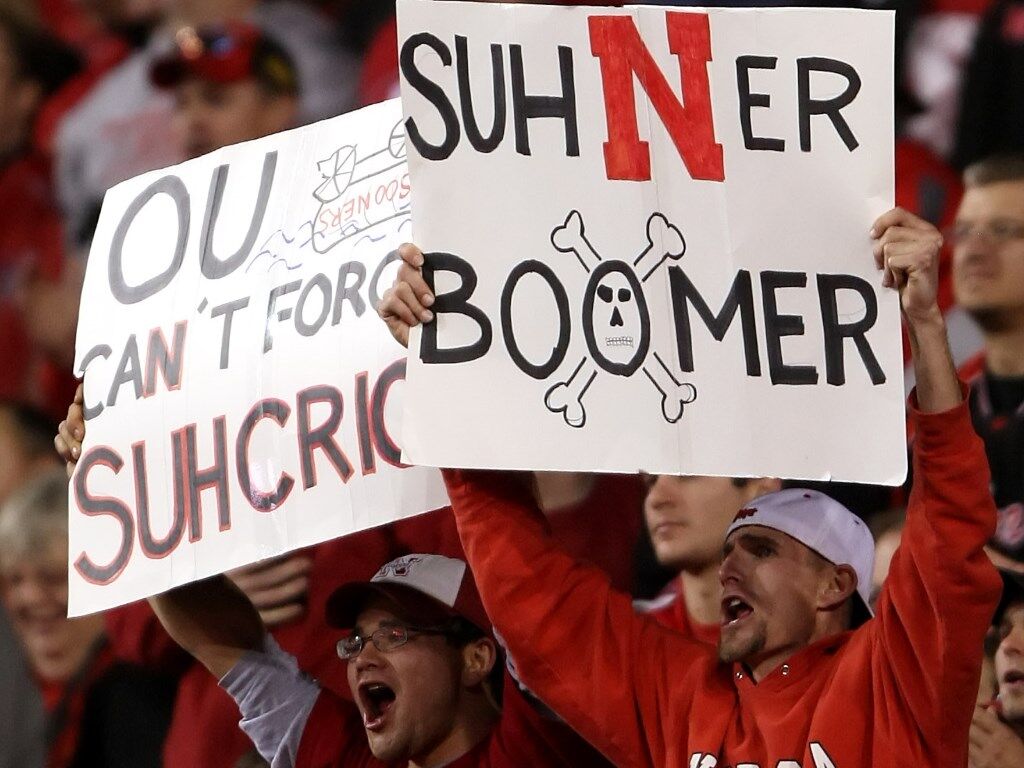 It’s been more than a decade since Nebraska and Oklahoma last played, which is why so much excitement has built up for the reunion for the 50th anniversary of the Game of the Century. 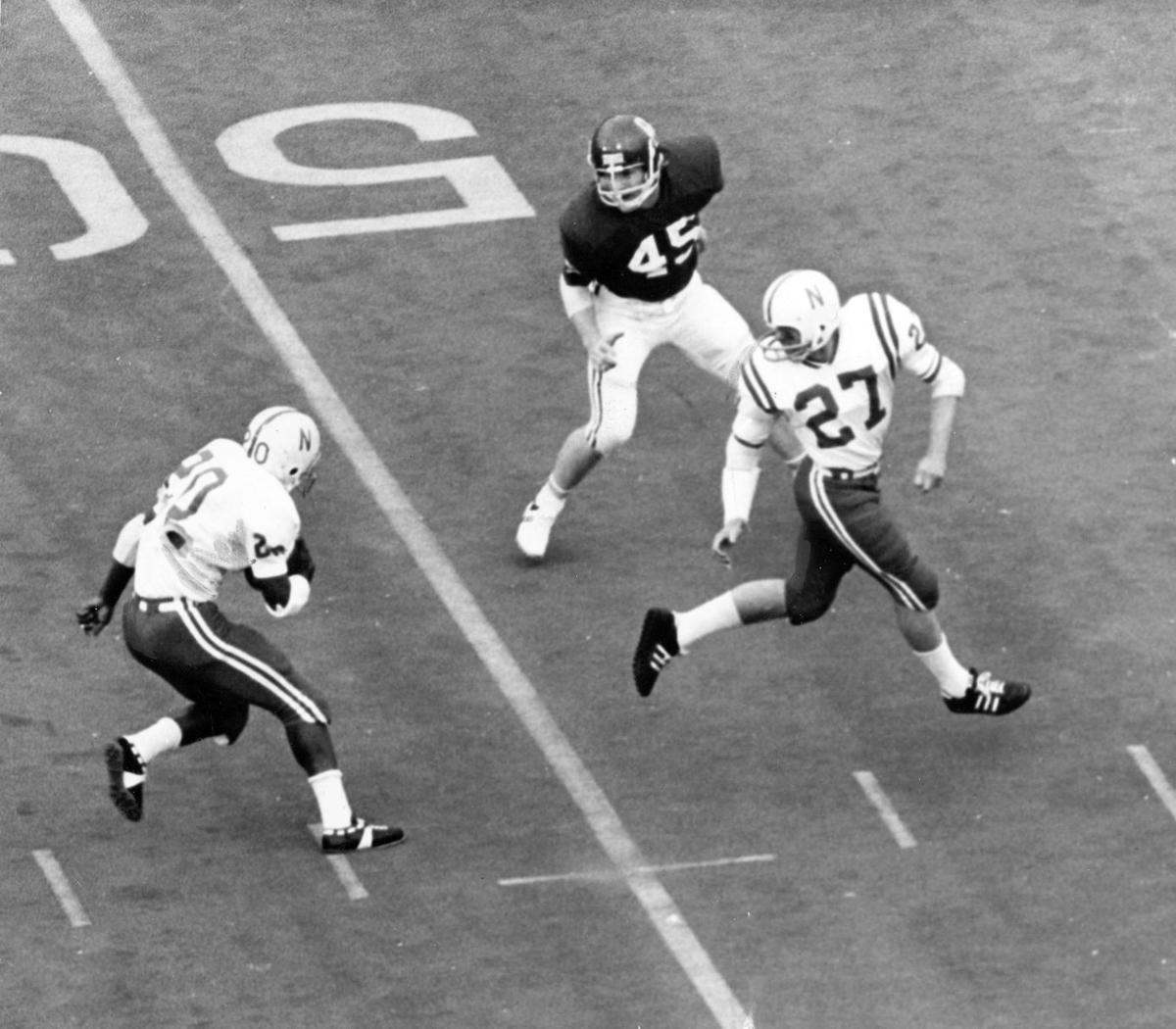 Nebraska’s Johnny Rodgers delivered electrifying plays in the Game of the Century against Oklahoma, in which the Huskers prevailed 35-31. 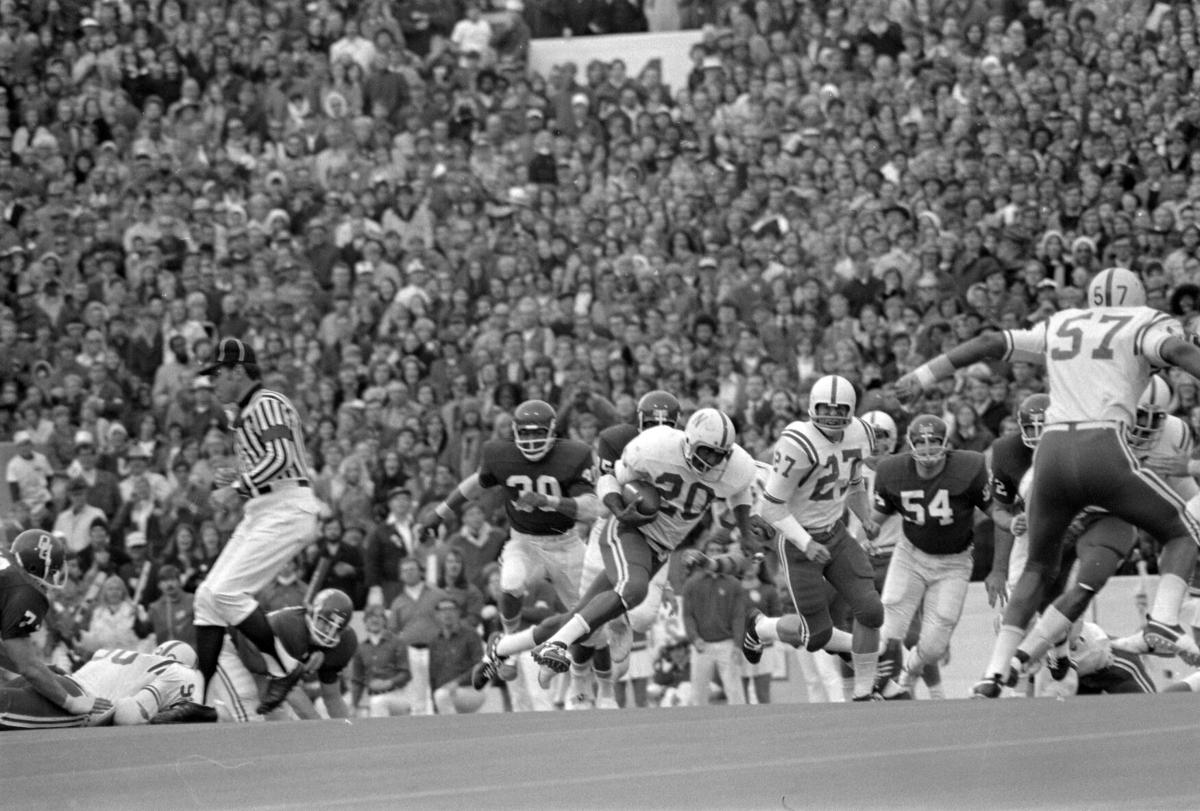 Johnny Rodgers’ punt return touchdown in the 1971 game against Oklahoma is still one of college football’s signature moments. 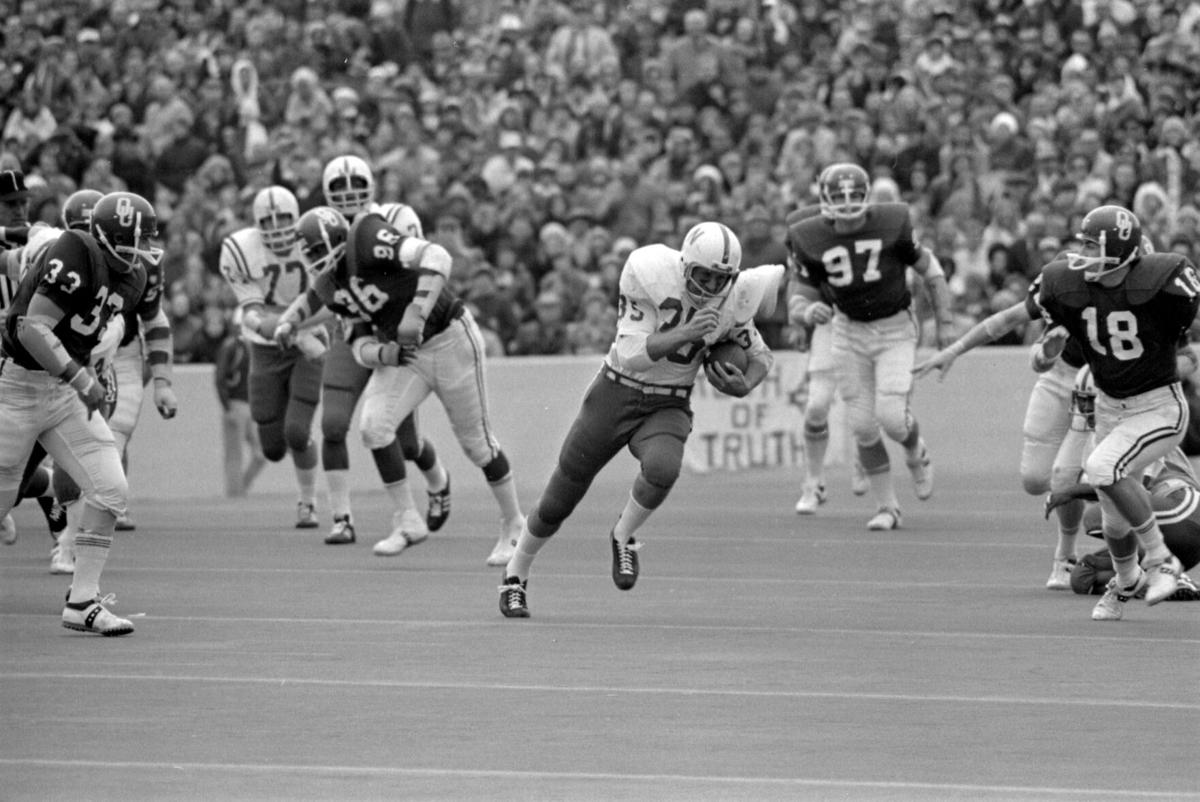 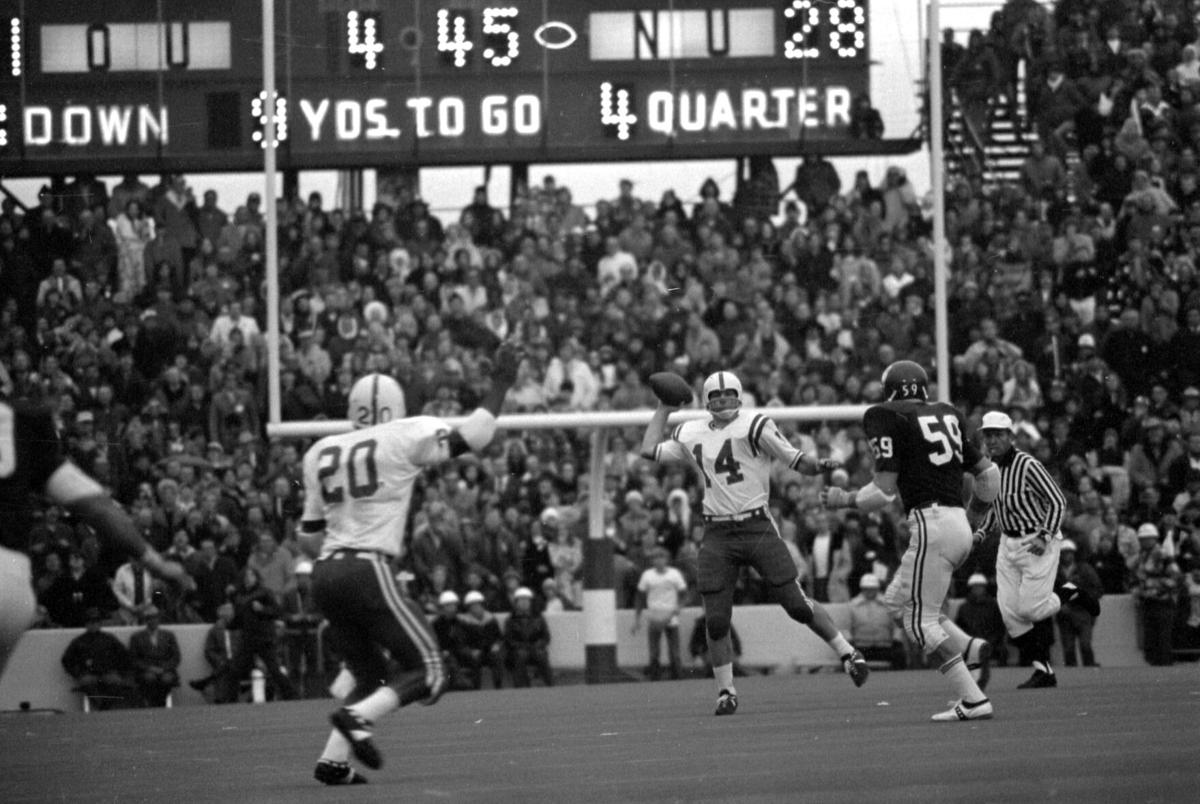 Johnny Rodgers signals to Jerry Tagge that he's open on Nebraska's final drive of the Game of the Century. 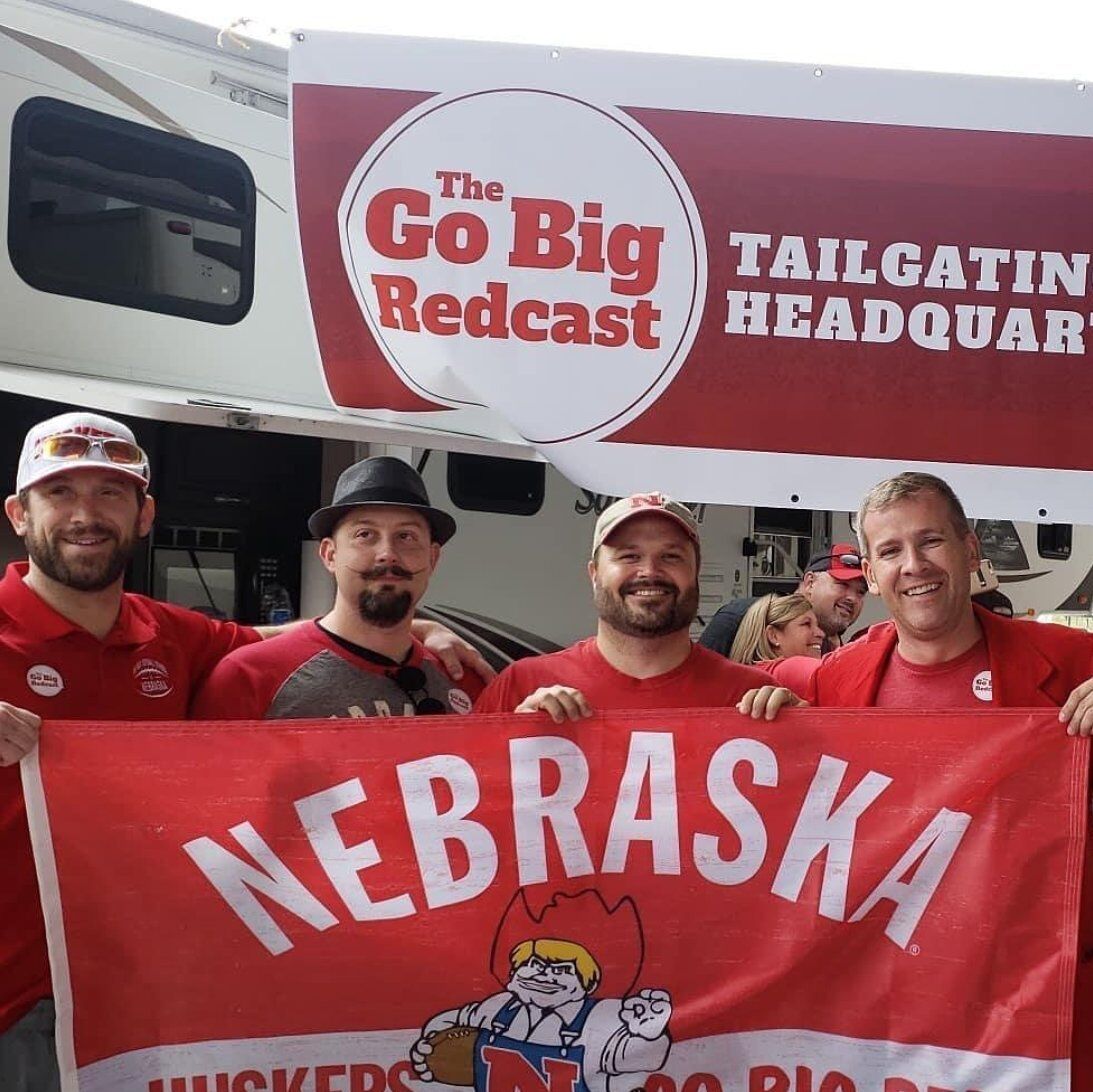 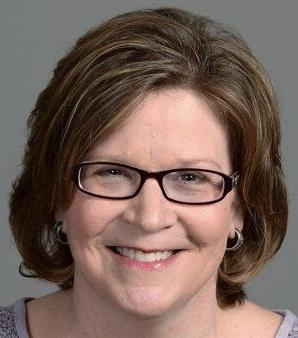