The Cadets’ visit to Lincoln attracted little Gotham City attention, save for the New York Times. Michael Strauss, who had a 50-year career at the paper, was in the Memorial Stadium press box:

The search for a first-string quarterback at West Point continues.

Coach Tom Cahill used three signal-callers today as Army went down to a 28-0 defeat at the hands of nationally ranked Nebraska.

The Cornhuskers, now unbeaten in 10 games, including two victories and a tie this season, raked Army’s defenses with too many guns while muffling the cadets’ attack. Particularly impressive was the Nebraska defense when danger seemed imminent.

Army drove inside the Big Red’s 25-yard line three times but could not get into the end zone. Early in the fourth quarter, the cadets reached the Nebraska 2 after a 62-yard march sparked by Bernie Wall. But Bruce Simpson was stopped for losses of 1 and 4 yards and two passes fell incomplete as Wall could not find a loose receiver.

Despite its one-sided nature, the game was enjoyed by a colorful crowd of 66,928. Most of the fans appeared in bright red apparel — hats, jackets, sweaters, socks, even shoes. When the Cornhuskers finally scored their first touchdown late in the second period, the sky became filled with red balloons released by the crowd, which had sat, disappointed, through a scoreless first quarter.

Through the first period, however, the game must have brought considerable pleasure to the small group of West Point fans. This contingent included four generals, headed by Gen. William C. Westmoreland, the Chief of Staff.

How good was the Nebraska football team’s defensive line during the 1970 national championship season? 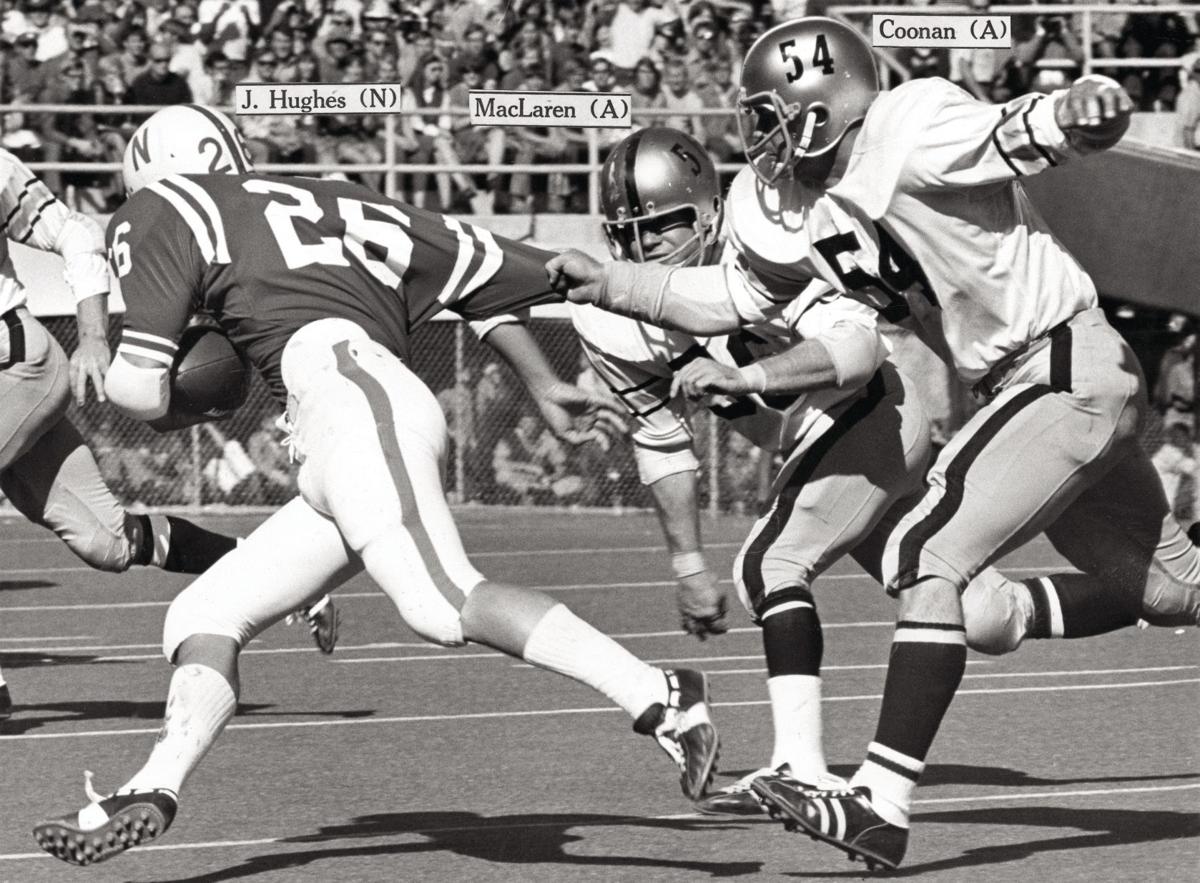 Army was 1-1 when it played Nebraska in 1970. A second win never came that season. Above, Army's Bob Coonan grabs the sleeve of Nebraska's Jeff Hughes.