Special teams are like toilets. A person only talks about them when they don’t work.

Husker fans are talking now. The black sheep of the football family has arguably cost Scott Frost back-to-back road wins over ranked teams. It’s no fluke. Dating to 2018, the Huskers rank among the worst Power Five programs in special-teams efficiency.

We know how to scrutinize rushing defense or red-zone offense or recruiting. But special teams befuddles us because sample sizes are small and success often depends on fickle kickers.

In 2019, Alabama ranked last in the SEC in special-teams efficiency. Who led college football’s top conference? That was 3-9 Vanderbilt.

This year, two-loss Clemson is fifth nationally in special-teams efficiency, according to ESPN. In 2020, when the Tigers made the playoff, they were 89th. It doesn’t always make sense.

Yet we’ve seen time and again that special teams can turn wins into losses, or losses into wins. Which is why this week we sought the wisdom of college football’s best special-teams coaches, past and present.

They haven’t watched enough of Nebraska to know what Frost is doing wrong, but their lessons are remarkably consistent. Don’t just pay lip service to special teams, but prioritize it during practice and meetings. Get your best players on special teams, even if they’re regular starters.

“They want to play in the NFL,” said Bryan Harsin, whose Auburn team is No. 1 nationally in special-teams efficiency, according to ESPN metrics. “Their best shot is probably being a special-teams player, so why not learn it while you’re here?”

“Beamer Ball” is a good place to start.

In September 2009, Nebraska made its first visit to Virginia Tech. The Hokies wasted no time showing off their identity.

Dyrell Roberts received the opening kickoff at the goal line and returned it 76 yards, setting up Virginia Tech’s first touchdown (a critical play in a 16-15 win) and adding to the lore of “Beamer Ball.”

“It was the idea that no matter who’s on the field, you got a chance to score,” Frank Beamer told me this week. “That’s where the name came about.”

Beamer came to Tech in 1987 and found himself too busy to coordinate the offense or defense. Seemed like every time he wanted to discuss X’s and O’s, he had to take a phone call.

So Beamer found a compromise: He took over special teams. It freed up his assistants to focus on their positions. It kept him involved with players. And everyone took special teams more seriously.

“It was convincing,” Beamer said. “The head coach is heading up this deal so it is important. To me, it was the way to go. We came up with a different rush and return each week, so you still were being creative and doing a game plan.”

“Players would come up to me and say, ‘Hey, can I get on your special teams?’”

Beamer called on his best players to participate — “You can’t take a bunch of slugs and put them out there and be good.” He scheduled special-teams drills in the middle of practice, not at the end like a lot of coaches.

Bill Snyder listened to my voicemail, called back almost immediately, fielded a simple question and proceeded to speak uninterrupted for nine minutes.

About how every Kansas State starter, except the quarterback, had to be available for two to three special-teams units: “So often, it’s pushed down to second-, third- and fourth-team players. If you want to be significant in special teams, you want to utilize the best players.”

But it’s even more than time and talent, Snyder said. You have to sell special teams to everyone around the program.

Award player-of-the-week honors, just as you do for offense and defense. Bring it up, unprompted, in interviews with the media. Change the way you speak.

Sometimes the biggest challenge is persuading your own staff. Few assistants climb the professional ladder because of their special-teams acumen. They might be responsible for punt returns, but they spend 90% of their time thinking about linebackers or tight ends.

That’s why Snyder always appointed a special-teams coordinator. Usually it was his son, Sean, the former K-State All-America punter.

“Kansas State is recognized as one of the best special teams programs in the history of college football,” Bill Snyder said. “There’s got to be a reason for it. I think it’s because we had a special-teams coordinator.”

The special-teams coordinator is fully accountable, Snyder said. And his attention is undivided. “He’s got 24 hours a day to work just on special teams. It’s just common sense to me.”

There’s one more benefit, Snyder said. The special-teams coordinator can actually work with kickers and punters. Too many coaches leave them alone during practice, then call them out for 10 to 15 minutes of group work.

Chatelain: The Huskers had hope ... until they punted it away

A coordinator — unattached to another position — can scrutinize their work. You always hear coaches preach daily improvement, Snyder said.

Husker fans may not wish to take advice from Kirk Ferentz, who has dominated the Big Red recently. But the Iowa coach made an interesting point last week.

For years, Ferentz said, college special teams got cheated. Kickers and punters especially. They just floated like nomads. Men without a country.

But in 2018, when the NCAA allowed programs to add an assistant, Ferentz named LeVar Woods a full-time special-teams coach.

“I don't thank the NCAA for much publicly, so I'll take this opportunity,” Ferentz said. “I'll thank them for allowing us to expand our coaching staff.”

Iowa’s special teams has surged the past few years — the Hawks are 16th in efficiency this season, according to Football Outsiders. Ferentz credits Woods.

“LeVar has really grown into that role,” Ferentz said, “really embraced it and grown into it, and that's how he made his living in the NFL, being a good special-teams player. So he can fully appreciate the value of it. ... He’s engrossed himself in it.”

Does Nebraska have a single coach engrossed in special teams? Someone who commits 100% of his time to the kicking game and feels accountability when something goes wrong? Or is the problem more about personnel and practice time?

As an NFL rookie, Scott Frost covered kicks for Bill Belichick, who once answered a question about special teams with a 10-minute answer.

Frost knows the importance, but it’s not translating to his team. And until it does, special teams threatens to ruin Frost's rebuilding project at Nebraska.

The fear is it’s too late to fix in the middle of a season.

“You can change personnel and get your better players on the field,” Beamer said. “But I think you gotta start from the very beginning, the first day of practice, saying this is what we believe and this is how we’re going to do it.

“Every day, get a little bit better.”

Get more from Dirk Chatelain

» Chatelain: The Huskers had hope ... until they punted it away

» Chatelain: Nebraska's hatred of Oklahoma pushed the Huskers to greatness

Looking back at the last five seasons of Nebraska football

What are the Huskers' keys to victory against Northwestern? Sam McKewon has his weekly video breakdown on what it will take to get a win Saturday.

Scott Frost heard some "ridiculous rumors" about the status of Adrian Martinez for Nebraska's game against Northwestern, but said Thursday, “He’s fine. He’s going to play."

Trev Alberts stresses a need to "modernize" Nebraska's athletic department. “We’re behind in some key areas because we haven’t had the courage to address some of these very sensitive and hard topics."

From up-tempo to unhurried: Husker offense finds value in slowing down

Scott Frost made his reputation on up-tempo offenses that scored a lot of points but didn't have a high time of possession. But this season Nebraska has slowed down — and seen some benefits.

Our Two-Minute Drill provides an in-depth breakdown on all the key matchups that will decide a winner in the Husker game. Today we look at what Northwestern brings to the showdown with Nebraska.

People love touchdowns and highlights and calling plays. But deep down, hard-playing defense is the way to a football fan’s heart. That’s the 2021 Blackshirts, writes Tom Shatel. 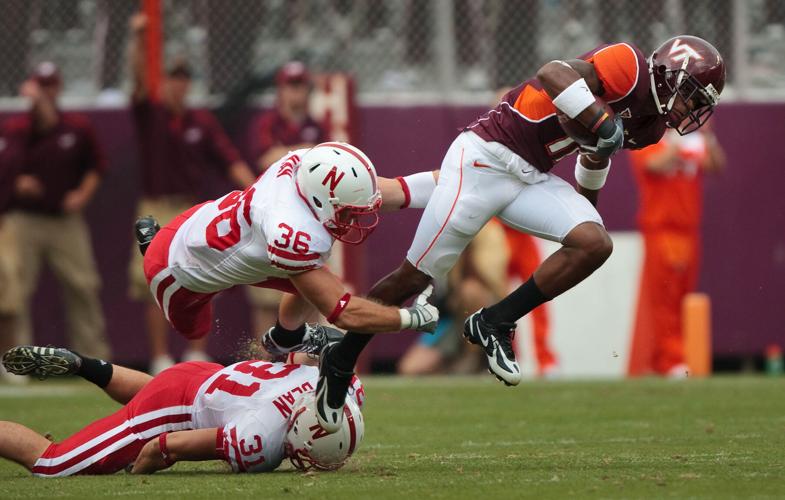 Virginia Tech's Dyrell Roberts runs back the opening kickoff through a slew of Huskers in 2009. It would be a critical play in the Hokies 16-15 win over Nebraska. 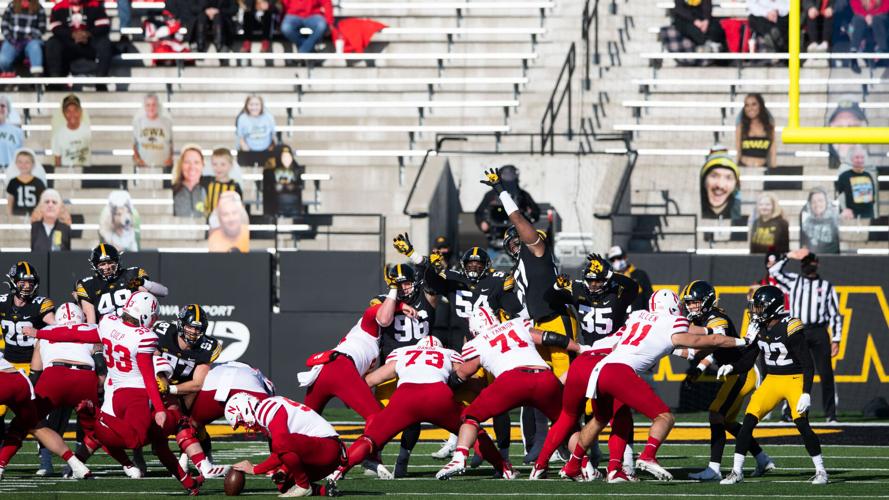