Maybe this is the year.

To put that in perspective, Nebraska finished top 10 every season from 1970-88! (We’re counting a top 10 in either the coaches or AP poll. They’re usually very similar.)

Despite all the drama and trauma since Black Friday 2001, it’s inconceivable that NU hasn’t lucked into a top-10 season. Almost everyone else in Nebraska’s neighborhood has.

The Cyclones and Wildcats, after impressive bowl wins, became the 47th and 48th schools to record a top-10 season since Nebraska last did it in 2001. BYU and Indiana just missed being No. 49 and 50.

That’s our launching point for this 10-point analysis of facts and figures that say a lot about Nebraska’s lost two decades and its hopes for a rebound.

1. It’s worth noting that the Huskers haven’t finished particularly close to the top 10. Only once did NU finish better than 18th and that was 2009, when Ndamukong Suh carried the Huskers to 14th.

2. The list of 48 schools with a top-10 finish includes 43 Power Fives, in addition to UCF, Houston, Boise State, Cincinnati and Miami (Ohio). Of the 21 Power Five schools that haven’t recorded a top-10 season, nine have finished better than Nebraska’s 14th.

Not much hardware in those trophy cases. Not many fans in their stadiums, either.

4. All of that information paints a bleak picture. But of college football’s best all-time programs, Nebraska isn’t alone when it comes to agonizing droughts. Not even close.

Oklahoma and Southern California endured 13-year droughts. LSU had only two top-10 seasons between 1972 to 2001 and they came in consecutive years, ’86-87.

You remember the Huskers' Rose Bowl meeting with the Hurricanes, right? Gulp. How in the world does THAT program go quiet for nearly two decades?

6. The top-10 drought is the focus of this study, but it’s not as relevant as what has happened since Scott Frost’s arrival in 2018. So let’s focus there.

Barry Alvarez may be the rosiest comparison. Following an 11-22 start at Wisconsin, the former Husker linebacker won the Rose Bowl in 1993 and finished fifth in the coaches poll. He needed five more years to post another top 10 (fifth in 1998), but Alvarez revolutionized the Badgers and retired a hero after 16 seasons.

How about Bill McCartney? He started his career at Colorado with three losing seasons, then followed it with four average ones. In Year 8, 1989, the Buffaloes broke through, finishing No. 4 in the country. McCartney won the national title in ’90 and might have won another in ’94 if it weren’t for NU.

You may be wondering about Bill Snyder. It’s not quite apples to apples. Snyder went 7-4 his third season at Kansas State.

7. Here’s the difference between those coaches and Frost, who’s 12-20 in Lincoln.

They turned around programs where football was an afterthought. They needed three years or more just to stabilize and build an audience.

Take the best 20 to 25 programs in college football history — Nebraska’s peers. Go back 50 years. It’s very unusual for any coach to start with three straight losing seasons. You can almost count them on one hand.

It’s even more unusual for a coach who started with three losing seasons to receive a fourth try.

Since 1970, has a coach at a “football school” ever started with three losing seasons and eventually succeeded? No. Frost would be the first.

8. What if Nebraska isn’t a football school anymore? Maybe we’re putting the Huskers in the wrong fraternity.

Since 2002, Nebraska has won 58.8% of its games. That’s 36th nationally, behind schools like Louisville, Michigan State and Missouri. Barely ahead of Kansas State, Stanford and Texas Tech.

9. Surely there are days (like Monday’s loss of Wan’Dale Robinson) when the past five years — or even 19 years — feel like Nebraska’s future.

Shatel: You can't blame Wan'Dale Robinson for leaving. But Scott Frost has a big problem

The Huskers once owned advantages in spending, facilities, strength and conditioning, TV exposure, roster size and academic support, not to mention a mastermind coach with a unique offense. It all overcame sparse population and crummy weather.

Basically, the advantages are gone now. And Nebraska hasn’t replaced them. Just as Army, Mississippi, Arkansas and Minnesota forever lost their status as college football powerhouses, maybe Nebraska will, too.

It’s not a silly argument. But here’s where it gets complicated.

In the history of the sport, no program matches Nebraska’s success directly before its drought. The Huskers boasted a streak of 33 consecutive Top 25 finishes (1969-2001). Michigan is second best at 20 straight years (1985-2004).

No school with such rich tradition for so many years has ever dropped off the map and stayed irrelevant. So yes, there’s hope.

10. Let’s go all the way back to the start. In the 1890s, the first few years of the program, the state of Nebraska fell victim to a suffocating precipitation void. A drought of epic proportions; 1890, 1894 and 1895 are still three of the four driest years on Lincoln’s record.

They persevered. Survived. And by the dawn of a new century, the skies had finally opened up. The rain fell and the land turned green again. The football team adopted a new name, “Cornhuskers” and the rest is history.

Maybe it can be again.

Jonathan Rutledge was a senior special teams analyst for NU, which had some successes this season in the third phase — notably, All-Big Ten kicker Connor Culp — but several other struggles.

Senior linebacker Will Honas opts for another season at Nebraska

Will Honas, who transferred to Nebraska from a junior college in 2018, announced he's coming back for another season with the Huskers, adding another key piece to the defense for 2021.

Shatel: For Kevin Warren to truly be Nebraska's ally, he must communicate better

Nebraska's road to national titles does not go through the Big Ten’s doghouse. But before Kevin Warren can be an ally, he needs to help himself. And that starts with communication, Tom Shatel writes.

McKewon: Ohio State may rule the Big Ten, but the Playoff is a tougher nut to crack

There's no question Ohio State is the dominant team in the Big Ten, but the College Football Playoff has been a tougher challenge for the Buckeyes. Sam McKewon explains why.

Senior receiver Levi Falck returning for another season at Nebraska

Levi Falck appeared in all eight Nebraska games, finishing third on the team in catches and fourth in receiving yards.

Twelve Husker scholarship signees are enrolling at Nebraska this month. That number of early arrivals is easily the largest in NU history.

McKewon: Will another analyst be enough to turn around the Huskers' special teams?

Adding a full-time, stand-alone special teams coordinator would mean either shuffling the roles on the staff or firing one of the 10, so Nebraska may decide to stick with the analyst approach.

Chatelain: If the Big Ten wants titles, make those SEC teams come play in the cold

The NFL embraces the elements at playoff time. College football flees from cold weather like a 75-year-old bocce ball legend with a timeshare in Boca Raton, writes Dirk Chatelain.

College football season has come to an end, but before we get too deep into the offseason, Sam McKewon has his final set of Big Ten power rankings to assess the league's top teams. 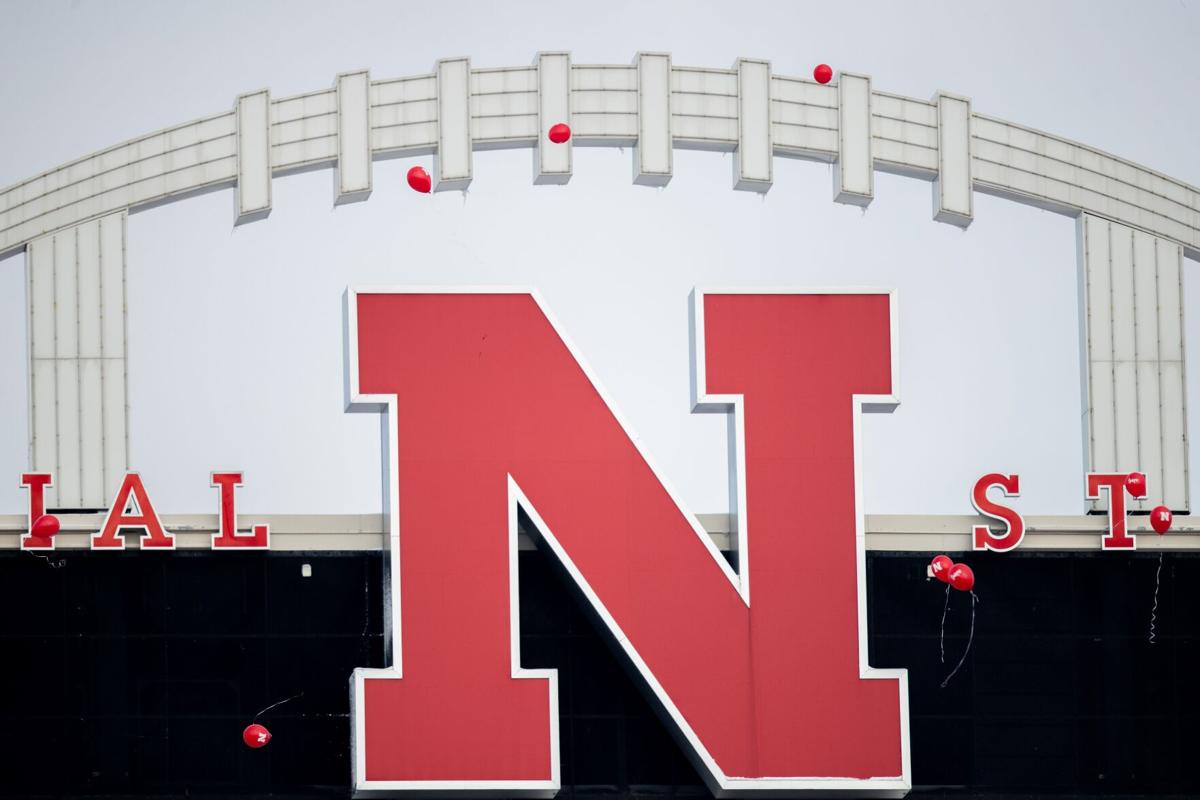 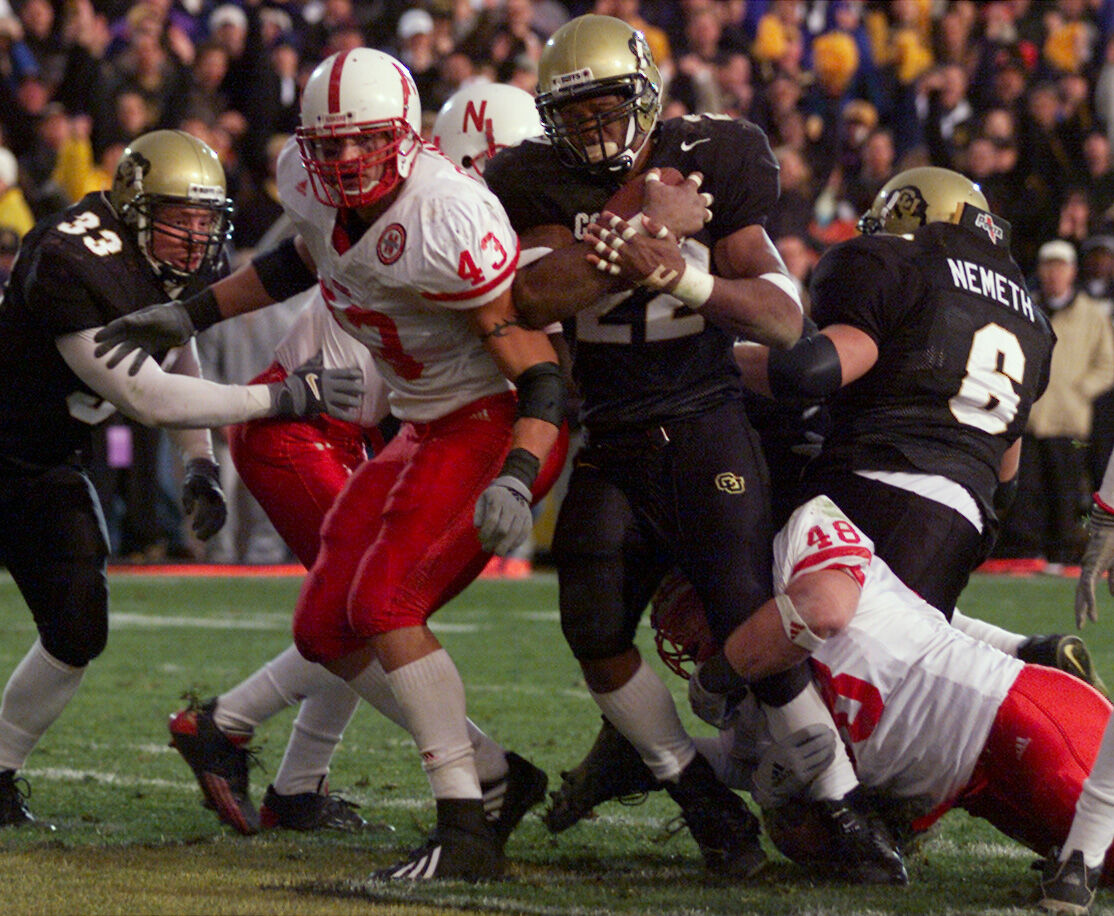 On Black Friday in 2001, Nebraska fell to Colorado 62-36. Here, Colorado's Chris Brown scores a touchdown in the fourth quarter while Nebraska's Jamie Burrow and Scott Shanle attempt to stop him. 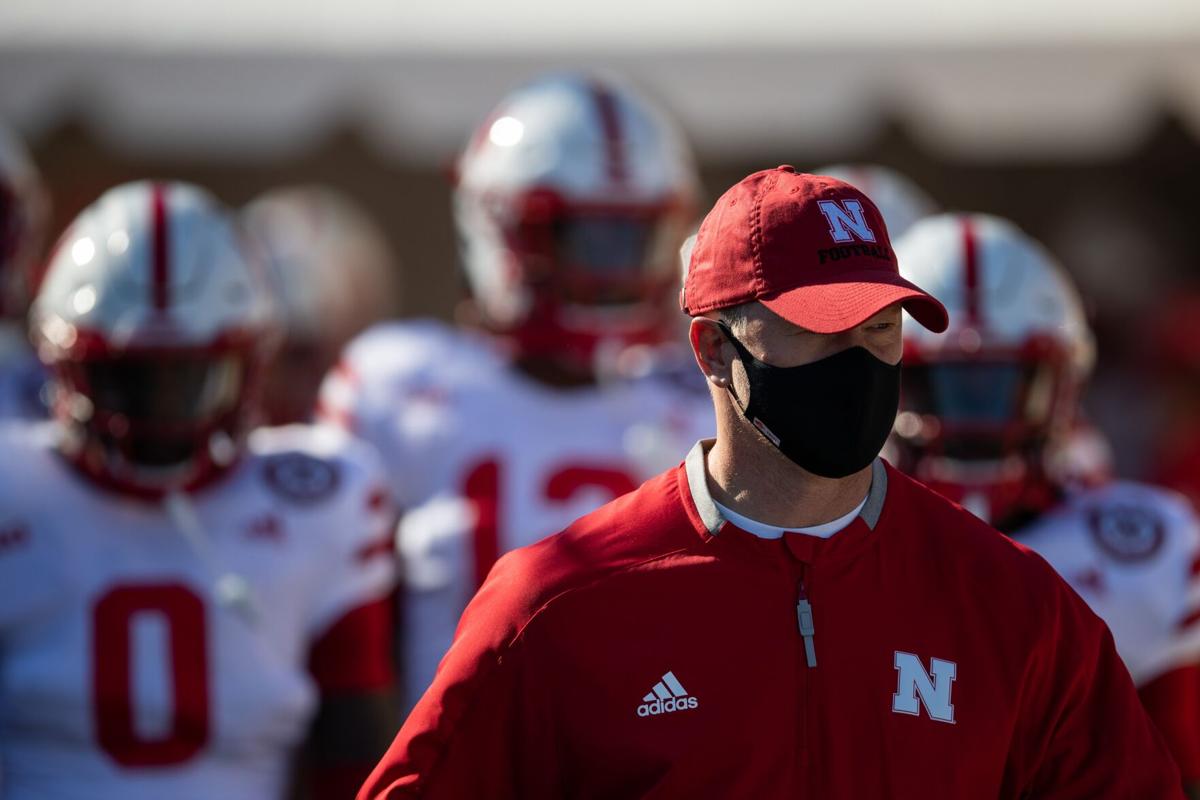 Coach Scott Frost's current record with the Huskers is 12-20.