LINCOLN — The crowd focuses Connor Culp. He lines up, takes a deep breath and sails the ball through the uprights. The Sea of Red, back in Memorial Stadium in full force, is on its feet, roaring.

At least that’s how Culp envisions it.

The reigning Big Ten kicker of the year hasn’t kicked for Husker fans in Memorial Stadium yet, but he’s ecstatic for the spring game and the season to come.

The graduate transfer from LSU sat out last Saturday’s open practice, nursing a “tweak.” But he was still energized by the 3,000-plus in attendance.

“I got my juices flowing, even last week (with) just a few thousand in there,” said Culp, who has since returned to practice. “I’m really looking forward to that because I haven’t experienced that in a while and realized last week how much I actually missed it.”

The silence without fans made kicking “a little awkward” last season. Culp, who is seemingly not bothered by much, adjusted to the moment and made 13 of 15 field goals and all 20 extra points.

Now he’s taking advantage of the extra year of eligibility to fulfill what he was promised when he arrived in Lincoln — performing in front of the best fans in college football.

“I’d love to have another opportunity to play in front of fans again,” Culp said. “And also it doesn’t hurt too bad staying in college for another year, either.”

After the kicking fiasco of 2019 — six players attempted field goals, including one from the club soccer team — Culp is providing stability.

He started 10 games for LSU his freshman year in 2017 and won a national championship in 2019 before transferring to Nebraska.

Culp was recruited by former special teams analyst Jonathan Rutledge. Now Mike Dawson, also the outside linebackers coach, is the special teams coordinator. New defensive analyst Bill Busch, who was a LSU assistant while Culp was there, also may help with special teams.

Culp said Dawson is doing “a great job,” though he has had to adjust to having a full-time coordinator who can do hands-on coaching. Analysts, like Rutledge was last year, are limited to off-field roles.

Culp has kicked in many big stadiums in the SEC and Big Ten. How does Memorial Stadium compare to Tiger Stadium?

“It’s a little bit windier than Tiger Stadium,” Culp said. “There’s been times in practice when the flags are going both ways. So you just kind of hit your best ball and go right down the middle and hope for the best.”

Entering his fifth season as a college kicker, Culp is confident in his stroke.

“I’m to the point in my career right now, (I’ve) already mastered my own technique,” Culp said. “But there’s always still little areas to improve and try now because you have time to work on it.”

He’s proud of his efforts so far — including the kicker of the year award — but he still has another season of football in Lincoln.

“It’s obviously very humbling,” Culp said. “But that’s in the past now. I’m definitely looking forward to this season, and just take it one kick at a time.”

Our latest Husker notes package is loaded with info out of Wednesday's interviews, including updates on many players who are standing out this spring and poised to make an impact this season.

Thomas Fidone had to be humbled at first, but now the 'sky's the limit'

Thomas Fidone arrived at Nebraska as a highly touted tight end, but he had to be humbled at first. Now he's playing his best football of the spring, and his coach says the "sky's the limit" for him.

Coaches and players from Nebraska’s offense spoke with reporters Wednesday and made it clear the other side of the ball ruled that day's practice. More in today's Husker practice report

Will this be the year Nebraska outperforms ESPN's projections?

Nebraska in recent years hasn't met the expectations projected by ESPN's Football Power Index, and with the toughest 2021 schedule in the Big Ten, the numbers say it could be another tough season.

Pheldarius Payne played 'like a robot' last year. Now he's coming to life for the Huskers

Pheldarius Payne says he played "like a robot" last year in his first season with the Huskers. But now he's coming to life, and the outside linebacker has high expectations for 2021.

Chris Kolarevic is a new Husker, but he's far from a rookie

Chris Kolarevic is new to Nebraska, but he isn't new to football. And the Huskers are benefiting this spring from the leadership and energy this transfer linebacker has brought to the defense.

Heinrich Haarberg, a Kearney Catholic grad, is ready for his debut as a Husker quarterback in Memorial Stadium during Saturday's spring game. "That’s my field, and that’s where I play now." 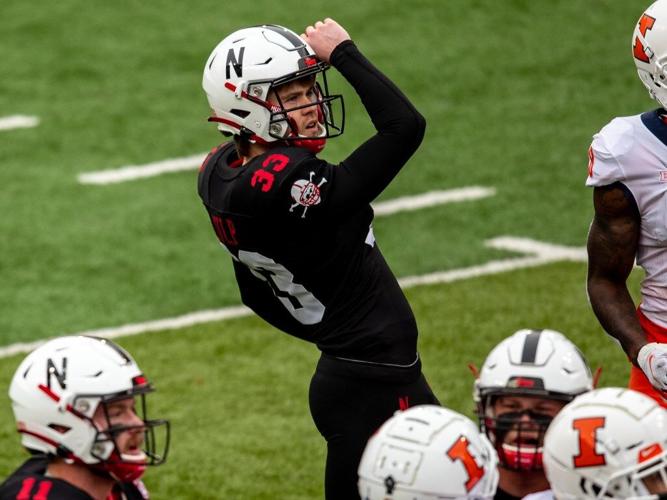 Connor Culp was named Big Ten kicker of the year in his first season as a Husker. 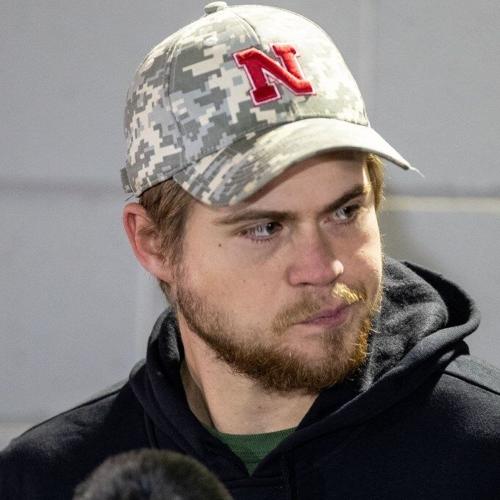