LINCOLN — For the most part, Nebraska did the little things needed to put away an inferior opponent. Here are the hidden yards won or lost that impacted the game.

Nebraska’s defense dominated this category against an overmatched opponent. The Huskers applied pressure to quarterback Tim DeMorat en route to three interceptions. Senior safety Deontai Williams had two picks, his first since 2018, and senior outside linebacker JoJo Domann got the first of his career. Conversely, the Huskers fumbled four times, but recovered two of them on a handoff and one of the two muffed punt returns. Adrian Martinez held onto the ball and didn't throw an interception, but backup Logan Smothers fumbled before his first career touchdown.

This was a game with few penalties, each team tallying a single false start until the fourth quarter, when the Rams added a 10-yard holding penalty. One penalty for 5 yards is a huge step toward the Huskers not beating themselves.

Nebraska's defense routinely put the offense in a position to succeed, but it didn’t always pay off. Punter Daniel Cerni slightly improved in limited action, sending two first-half punts for 39 and 41 yards, compared to a 36.2 yard average for Fordham's John O’Friel. However, Cam Taylor-Britt muffed a punt return for a second straight game, giving Fordham the ball on the Nebraska 35. The kickoff return game didn’t show much life with returns of 18 and 17 yards. But Nebraska’s kickoffs were a resounding positive as freshmen Brendan Franke and Kelen Meyer sent all nine of their kickoffs for touchbacks.

By and large, Nebraska did the little things it needed to put an inferior opponent away by halftime. The turnovers were largely inconsequential, but four fumbles (and two lost) compared to none forced is not an appealing margin. Still, the secondary proved its experience and skill with a three takeaways, the special teams was clean performance outside of Taylor-Britt’s blunder and the Huskers limited penalties. The key will now be executing like this against level competition.

It doesn't look like Nebraska has a great or special running back, writes Tom Shatel. But there are good ones who can get some yards after contact, make first downs and find the end zone inside the 10.

Husker running back Markese Stepp has played in some fun stadium atmospheres during his college career, but he didn’t hesitate to say Nebraska’s was the best.

Nebraska's reserves came pouring into the game as the third quarter faded into the fourth with a total of 88 Huskers seeing the field against Fordham. Check out more notes on the Huskers' win.

Memorial Stadium filled up just fine, and Nebraska fans perked up right around the time the Huskers sloughed off a slow start in a feel-good win over Fordham for NU's home opener.

There’s no reason to read too much into this win, but I won’t disparage Fordham's team and its one-man block of granite. Scheduling this game was about confidence and momentum, writes Tom Shatel.

Nebraska’s “Red Carpet Experience” might have looked like charity. But closer inspection reveals a measure of wisdom, writes Dirk Chatelain. It also gave underserved kids "the trip of a lifetime." 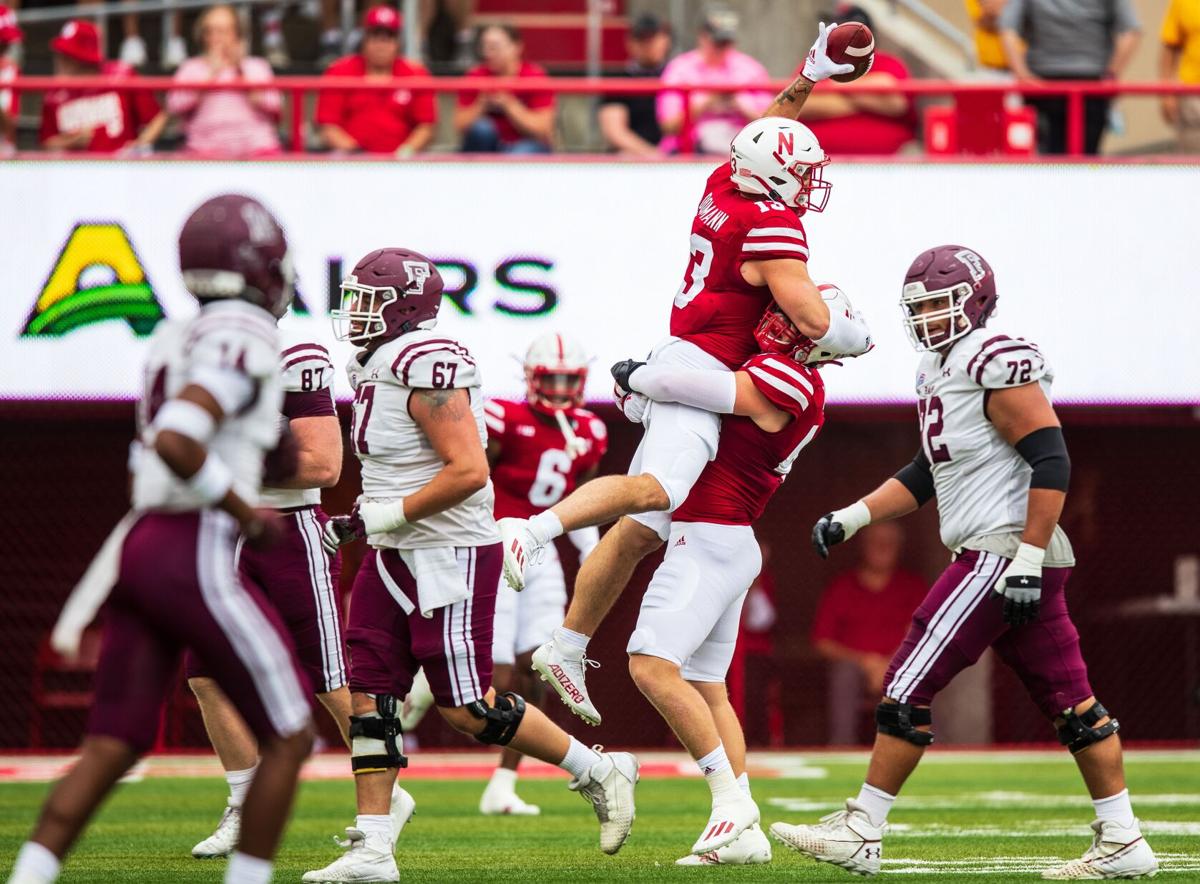 Nebraska's JoJo Domann is lifted into the air after an interception against Fordham. 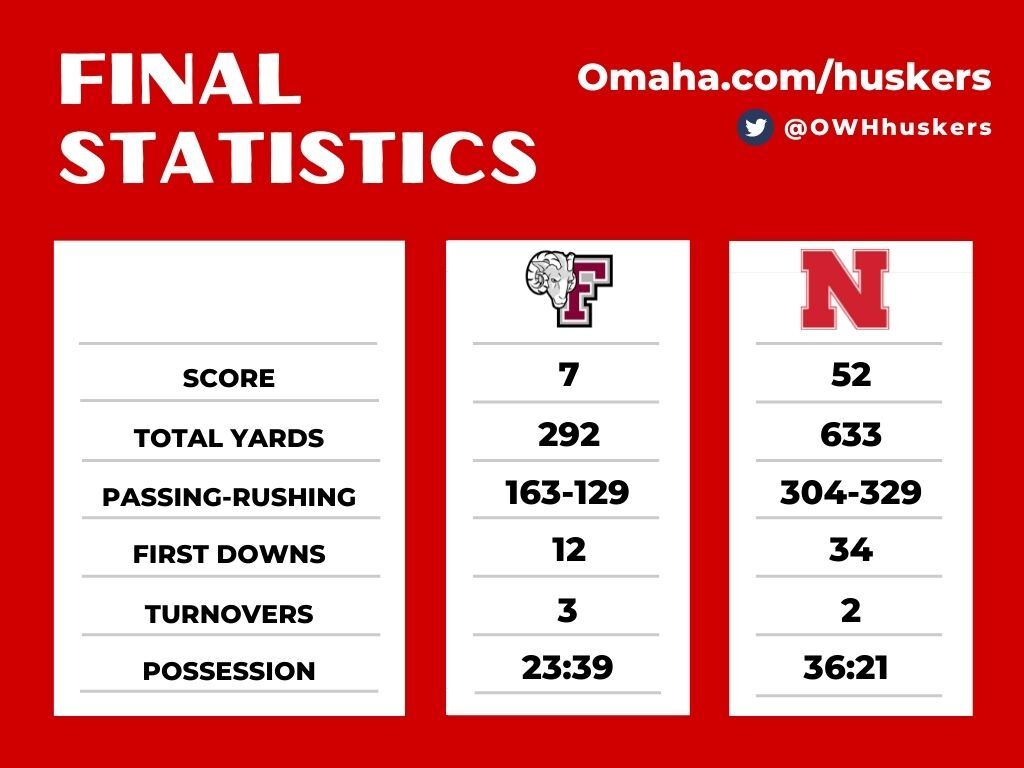