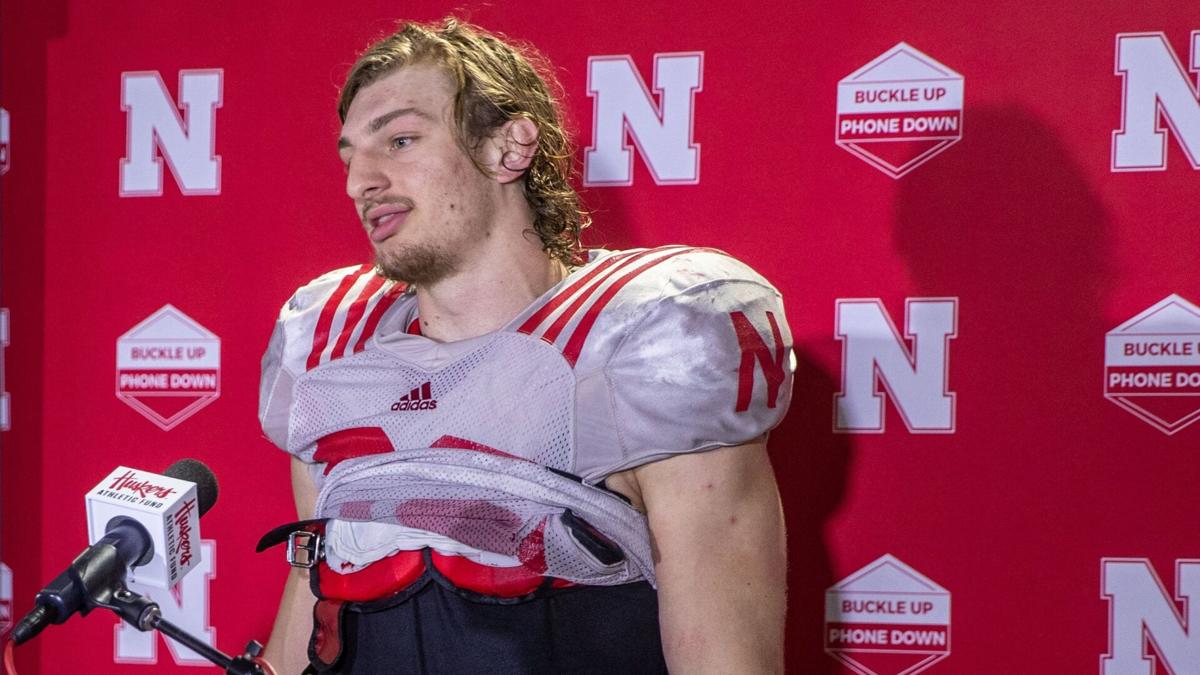 "Once you understand the defense, you can fly around and be fast in the right position," Nebraska linebacker Luke Reimer said. "So that's just the whole goal — getting better. Understanding the defense, understanding what the offense is trying to do in specific formations. Being able to play fast and know what you're doing." 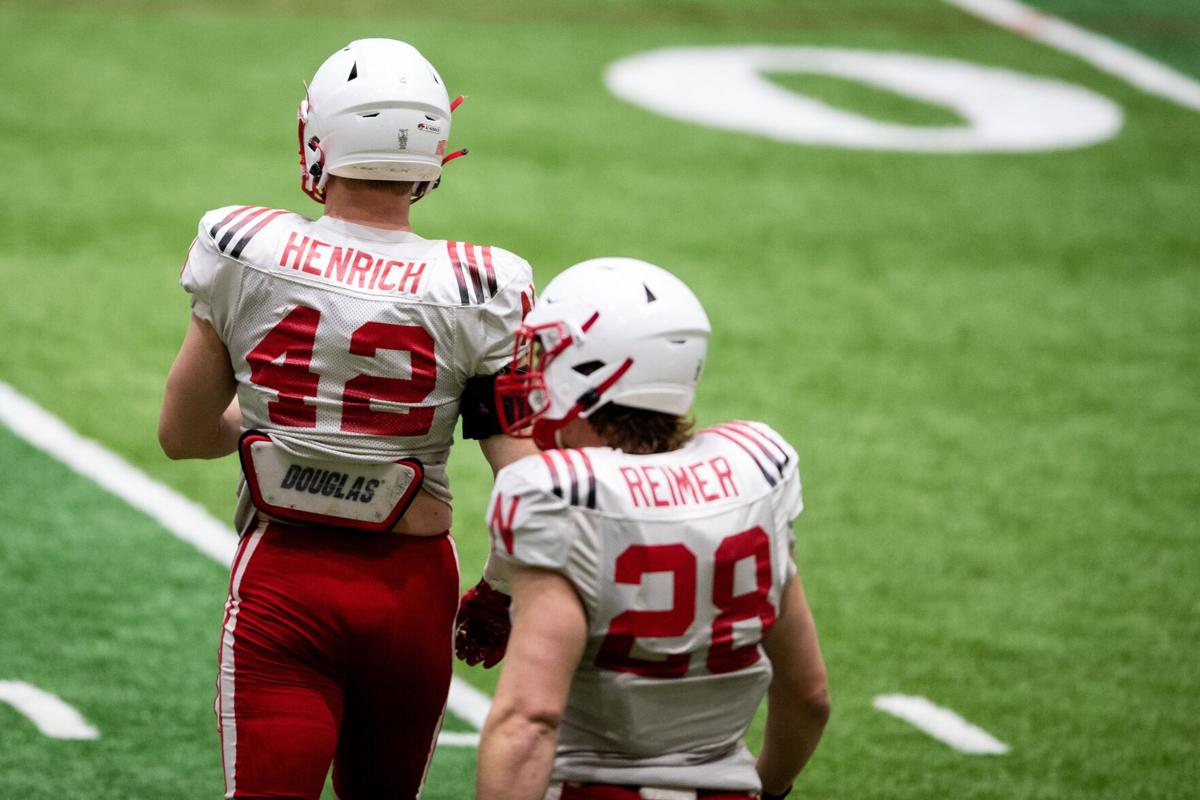 LINCOLN — Two rising underclassmen and an offseason transfer are the early highlights of Nebraska’s inside linebacker group this spring.

The addition of Northern Iowa transfer Chris Kolarevic continues to benefit the Huskers, Ruud said. At 6-foot-1 and 230 pounds, the junior has proven to be a “pretty well-developed guy” and a “ready-made product” both physically and with his football instincts. All of it mitigates his adjustment to the speed of Power Five football.

Meanwhile, a pair of third-year linebackers from within the state are traveling different paths to similar roles. Nick Henrich is settling in following a heralded recruiting process and two seasons battling injuries. Luke Reimer is continuing his rise from walk-on to key contributor after making 40 tackles last fall.

With Henrich, Ruud said keeping the Omaha Burke product healthy is job No. 1. Then it’s been about adding muscle to his 6-foot-4, 225-pound frame.

Reimer completed a strong winter of conditioning to become bigger and faster, Ruud said. The sophomore from Lincoln North Star is confident, he said, and is well beyond a walk-on trying to prove himself.

“Luke can be as good as he absolutely wants to be,” Ruud said. “And I think he could potentially play football when he’s done here.”

Ruud said Honas will be limited this spring in order to be full speed not only for games in the fall but also for practices during the season.​

Reimer is in the heat of competition to earn a spot at the top of Ruud's position group during spring practice.

He said the competition in the room has increased with the addition of Kolarevic. He said that Kolarevic has "played a lot of football" and is a "really good player" with good habits such as taking care of his body.

Reimer made his first career start against Northwestern last season and recorded 10 tackles. He earned a career-high 12 tackles against Illinois, including 11 solo tackles. In total, the 6-foot-1, 220-pound linebacker made five starts in 2020 but said he needs to continue perfecting his game.

"During the Northwestern game, they kind of just threw me in there," Reimer said. "I was just running around and I played OK but there were some mistakes and things I needed to clean up."

After a year of experience at linebacker under his belt, Reimer is adding knowledge of the defense to improve his game.

"Once you understand the defense, you can fly around and be fast in the right position," Reimer said. "So that's just the whole goal — getting better. Understanding the defense, understanding what the offense is trying to do in specific formations. Being able to play fast and know what you're doing."

With Honas limited, it leaves room for players like Reimer and Henrich to get more reps.

Reimer said he feels Nebraska's defense will continue to grow and improve with multiple returning seniors, especially in the linebacker room.

"It's definitely a strength on our team," Reimer said. "Especially given we have guys like JoJo (Domann), Will Honas is back. We have a lot of good players at that outside/inside position. So I think we're going to be a really good group."

Rogers will keep working for Blackshirt

But he did not get a Blackshirt from defensive coordinator Erik Chinander. Among defensive linemen, only Robinson, Daniels and Ben Stille did.

“It’s all up to Coach Chinander,” Rogers said. “I’m just going to work my tail off every day. There’s really nothing I can do other than work as hard as I can. A Blackshirt would mean the world to me, but it’s not going to stop me, once I get it, from working as hard as I can.”

NU defensive line coach Tony Tuioti said Rogers, from Syracuse, New York, has improved his game this spring. He’s getting more reps in part because Stille, a sixth-year senior, is sitting out the spring while recovering from surgery.

Tuioti said Stille was going to be “on the shelf” in spring camp even if he had been healthy.

Scott Frost announced that several Huskers will be held out this spring due to injuries, including starting defensive end Ben Stille and running back Markese Stepp, a transfer from USC.

A portion of Wednesday's Husker football practice was open to media, and our reporters share their observations. Plus we have a full photo gallery capturing the action.

Nebraska's spring football practice on April 17 in Memorial Stadium will be open to 4,000 fans. Tickets are free but must be reserved ahead of time.

For Nebraska, Deontai Williams' and Marquel Dismuke’s sacrifices show how dedicated they are and how much they believe in the Huskers' potential. Now, the younger players look to them for guidance and answers.

"Once you understand the defense, you can fly around and be fast in the right position," Nebraska linebacker Luke Reimer said. "So that's just the whole goal — getting better. Understanding the defense, understanding what the offense is trying to do in specific formations. Being able to play fast and know what you're doing."