There were four first responders who joined Husker football player and former Navy SEAL Damian Jackson and Scott Frost at the front of the line during Nebraska’s Tunnel Walk that commemorated the 20th anniversary of the 9/11 attacks.

Lancaster County sheriff Terry Wagner also participated in the first responders Tunnel Walk prior to the Sept. 20, 2001 game against Rice. That was the first major college football game played following 9/11.

Everyone in the band and in the flag corps wore a red polo shirt and black slacks, making for a much more comfortable time on the Memorial Stadium turf.

The temperature during the band’s rehearsal time before 10 a.m. was 79 degrees. No matter the temperature, which was still 93 at halftime, everyone listening applauded loudest when the band closed its performance with Lee Greenwood’s “God Bless the USA.”

The band gathered in the south end zone to play the national anthem to make room for a giant American flag to be unfurled across half of the field. There also was a perfectly timed flyover near the end of the anthem that produced one of the loudest roars of the day from the crowd.

During the Tunnel Walk, NU replayed a video released during the unveiling of its alternate uniform, in which Jackson salutes a series of first responders in the Havelock neighborhood of Lincoln.

As the game progressed, Nebraska honored those who served in the military or as a first responder, such as Lincoln Police Department officer Mario Herrera, who died last year after being shot by a suspect.

Six members of the USS Nebraska submarine crew were saluted during an early break in the third quarter.

Lamar Jackson has most wins of any QB under 25

Lamar Jackson has most wins of any QB under 25

Players and fans fight the heat during Nebraska's game against Buffalo

With a 91-degree temperature at kickoff — and a 129-degree field temperature — the Huskers and Bulls needed every gadget available to help with stand the heat at Memorial Stadium.

Huskers keep Buffalo out of end zone in 25-point victory

The Huskers made it two wins in a row with a 28-3 victory against Buffalo on Saturday in Memorial Stadium. Here's a recap of the game as Nebraska moves to 2-1 on the season.

On Saturday's episode of the Carriker Chronicles, Adam Carriker shares his gut reaction to Nebraska's win over Buffalo. 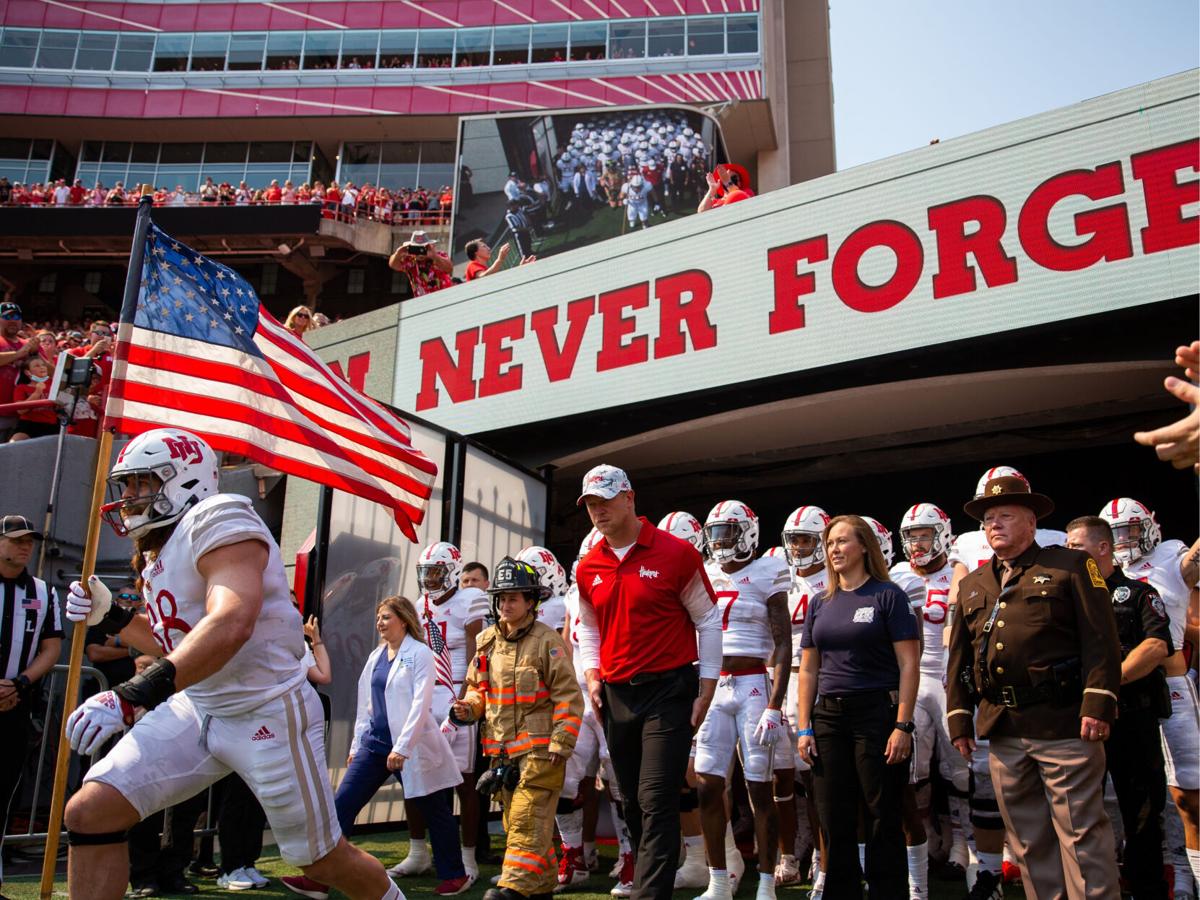 As with the Tunnel Walk in 2001 following the 9/11 attacks, the Huskers were joined by first responders to commemorate the 20th anniversary. 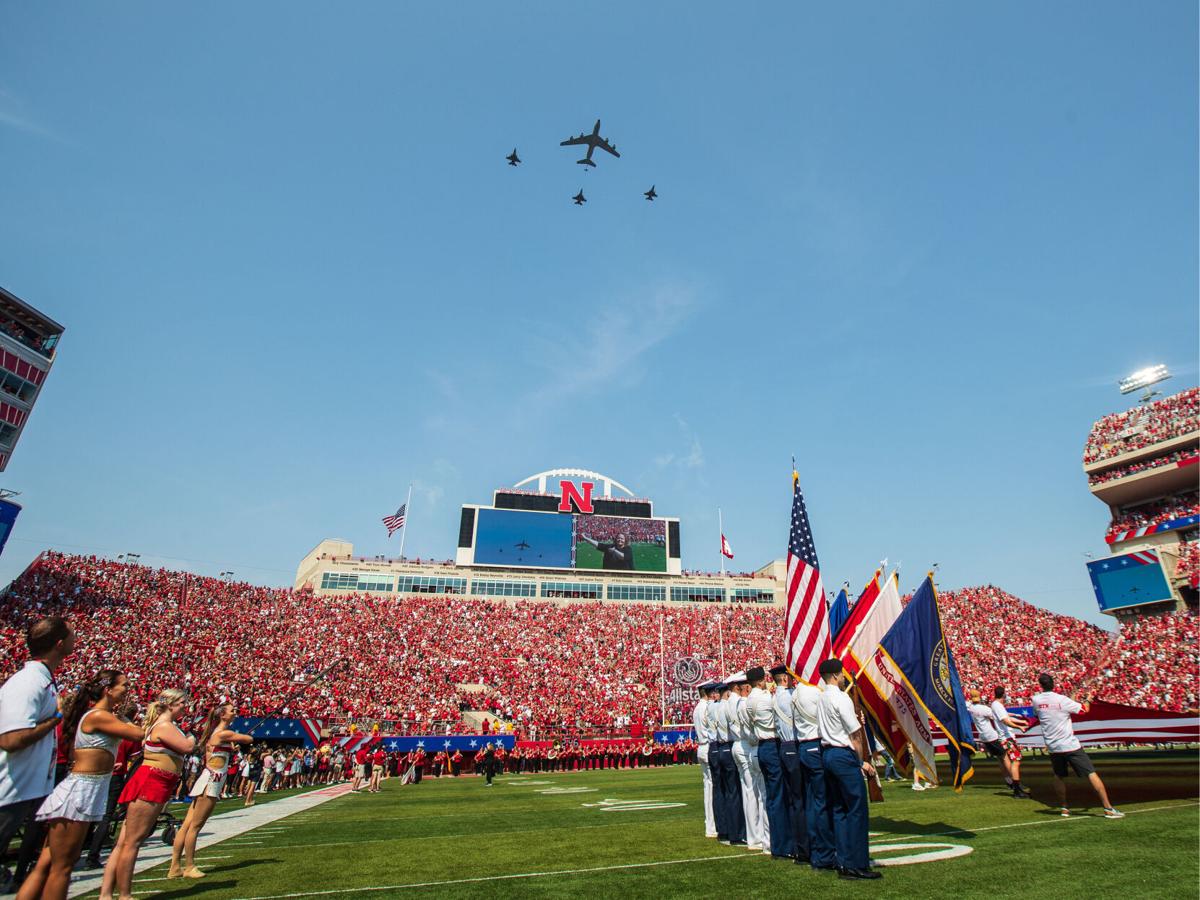 A flyover was conducted before kickoff of the Nebraska-Buffalo game.