Since coach Pepper Rodgers’ infamous tirade — throwing his lunch sack against the wall in the visitors’ locker room, after a 21-17 loss to Nebraska in 1969 — his Kansas Jayhawks bottomed out with a 1-9 record that season but they were on the rise in 1970 when they entertained fifth-ranked Nebraska on Oct. 17.

KU was 4-1, losing only to Texas Tech, and was fresh off a 21-15 win at rival Kansas State in its conference opener. Ever quotable, Rodgers during game week came up with a new adjective for the Huskers’ might.

To the Kansas City Star, he said: “Nebraska is fearsome. I would say it’s awesome, but everybody else already has said that.”

The Star’s Fritz Kreisler was on hand in Lawrence:

“The Nebraska Cornhuskers put a football powerhouse on display yesterday.

In defeating Kansas, 41-20, before a Memorial Stadium crowd of 50,200, the Huskers did just about everything expected of a team ranked fifth in the country. They chewed up the Jayhawks defense with a stunning and well-balanced attack that netted 515 yards, choked off Kansas completely in the second half and demonstrated the ability to come from behind.

As one-sided as the game became, it was not that way throughout, as Kansas struck for three electrifying touchdowns within a 7-minute span in the first half to turn a 10-0 deficit into a 20-10 lead.

At that point the Huskers perhaps showed great resiliency. Faced with a rapidly deteriorating situation, they had every opportunity to fold. Instead, they answered in nine seconds with an 80-yard touchdown pass play from Van Brownson to Guy Ingles and followed up with a 73-yard touchdown drive to seize a 24-20 halftime lead. In the second half they maintained control of the game by cutting off Kansas without a scoring threat until the final minute and keeping its own attack clicking at a devastating pace.

Kansas bounced back by beating Iowa State 24-10, but went on the road for three of its final four games and didn’t pick up another win in a 5-6 season.

Nebraska's 1970 national championship team was fortunate to have two great quarterbacks in Jerry Tagge and Van Brownson. “Bob Devaney had a great situation." 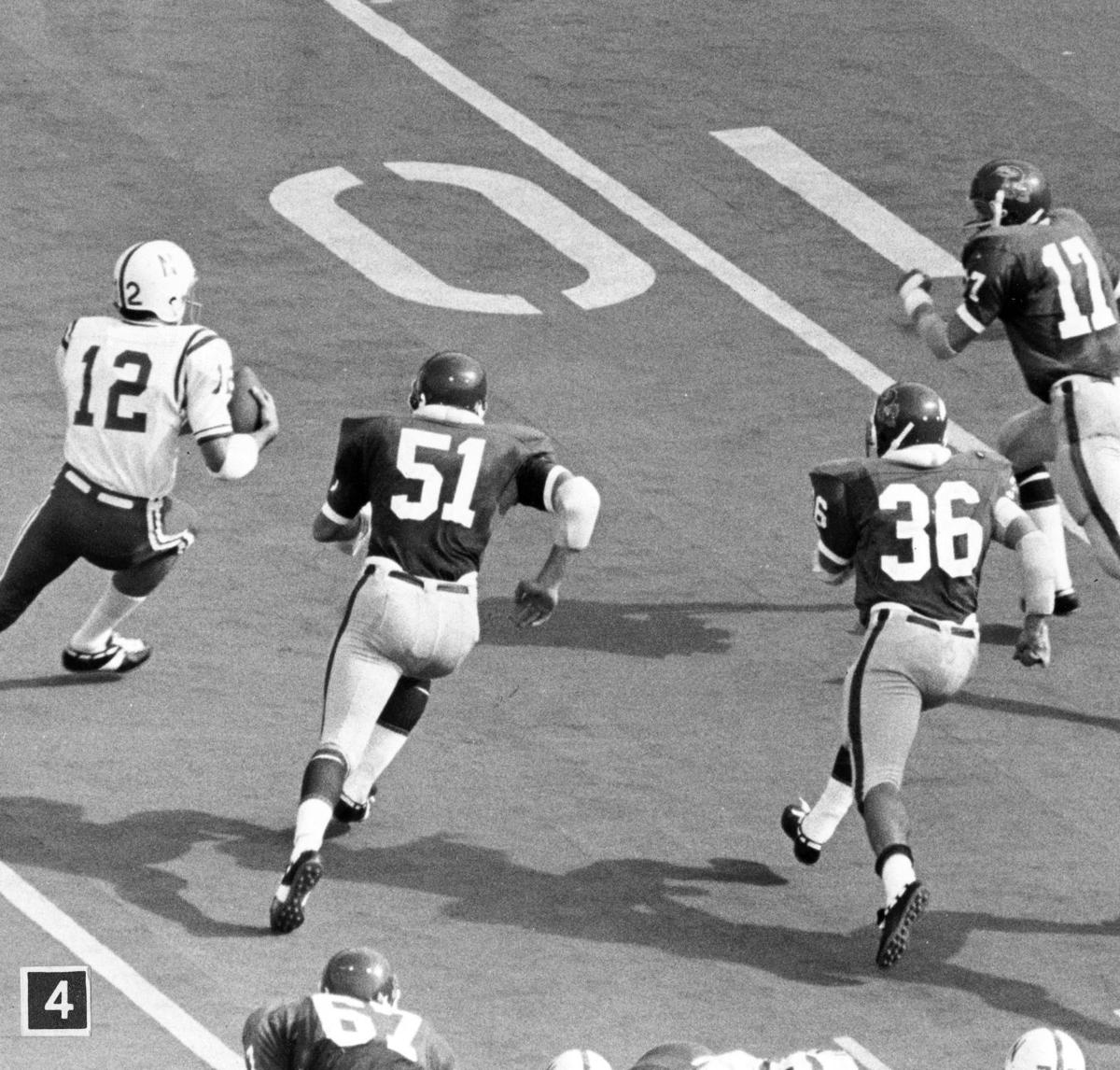