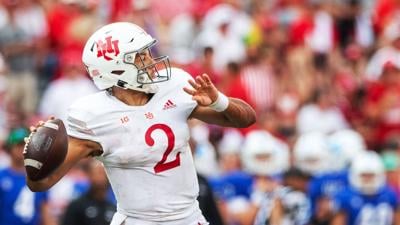 LINCOLN — It remains the throw that defines Adrian Martinez’s potential. This is 2018 at No. 8 Ohio State. Martinez got a shotgun snap at his own 34-yard line, evaded pressure from Buckeye defensive end Chase Young, rolled quickly to his right and, as he was hit, uncorked a pass that traveled 57 yards in the air to Stanley Morgan.

Good read, great pocket presence, mind-blowing throw — all in the fourth quarter of a close game. It could go on the highlight tape of any NFL draft pick.

A play two quarters earlier in that game defines what frustrates NU fans most about Martinez.

On a triple option, Martinez, instead of eating the ball inside the Buckeyes’ 10, rifled it backward to a surprised JD Spielman, whose fumble led to an Ohio State recovery. Martinez’s best game — considering the opponent — may have come that afternoon in Columbus. Still, there was one play he and his coaches would like back.

Martinez had one at Illinois this year, too — the lost fumble, late in the second quarter, that led to an Illini scoop-and-score. Martinez’s position coach, Mario Verduzco, kicks himself over not reminding his QB of the time and score before the drive.

"I would have reminded him, 'Hey, man, we're right before the half, something happens, pass play is called, whatever it is, just cover it up and let's get into halftime,'" Verduzco said.

Verduzco, asked this summer by coach Scott Frost to work on the sideline this fall, doesn’t plan on making that mistake again. At least to some degree, he’s down there to remind Martinez not to try too hard, to lean on his teammates and to avoid the costly mistakes that seem to crop up at least once in every big game. No. 3 Oklahoma is the next giant on the list.

“It’s definitely a fine line and one I’ve been on both sides of during my time here,” Martinez said Monday. “I have said this a lot, but it’s all about having trust and having faith in my training. Having trust in the guys around me and knowing that I will be able to walk that line the way I am supposed to.”

Said Verduzco: "Do his job, do whatever it takes to get it done, but play within the framework of his job and not try to do somebody else's job. Because you're playing Oklahoma, there's good, there's bad, there's frustration, yadda, yadda, yadda — can't let that get to you."

In Verduzco’s prescription lies the tension. Martinez — who may be without as many as five skill players this weekend — must, on the one hand, do anything he can do, like run 71 yards on a zigzag tour all over the field against Buffalo, while somehow limiting the instinct to carry the team beyond his role.

“He’s being really good with the ball right now and making sure he isn’t putting the ball in bad positions or risking turning it over,” Frost said. “If he can create the types of plays he creates and not make those bad plays then we have a heck of a player on our hands.”

Verduzco believes his on-field chats with Martinez can help, too. A conversation that used to take a few seconds over the headset can last a minute or longer. Verduzco can calm down his quarterback, who has spent a career at NU fighting uphill with fewer weapons than the top teams. He can tell Martinez to trust the guys around him — whoever they are — to make plays.

Trust is stressed most in games against the best opponents. Nebraska hasn’t beaten a ranked team since Martinez arrived, and his performances have been hot-and-cold in seven games.

In each of the seven, Martinez committed a costly turnover. At Wisconsin in 2018, he coughed up a third quarter fumble at midfield while trying to scramble. At Ohio State in 2020, he lost a fumble OSU returned for a touchdown. When NU hosted Wisconsin in 2019, Martinez threw a second-quarter interception that the Badgers promptly turned into a score. Two weeks later vs. Iowa, Martinez threw an ill-advised pass into traffic, which Iowa intercepted at its own 6.

Great plays. Gut-punch mistakes. It’s a trend Martinez bucked the past two weeks — when he played two of his cleanest games — that goes back under the microscope in Norman.

“I haven’t seen him press really the last couple of weeks,” Frost said. “In fact, the more we can take off his plate the better. ... He’s made some unbelievable plays for us the last two weeks and really lifted the team. We need to keep playing well around him and expect the same play from him.”

Verduzco didn’t want to recap any of Martinez’s play this season. Amped up to start his first interview since preseason, Verduzco shook off any questions about his quarterback’s play to this point. He’s not setting up his QB for a fall with too-early praise. His demeanor set the stakes for his guy, and this game.

Scott Frost knows all about speed. And he sees plenty of it with Oklahoma

Why are the Cowboys favored to win the divison?

In the latest Pick Six Podcast, Sam McKewon, Evan Bland and Jimmy Watkins look at the contrasting realities of the past Nebraska vs. Oklahoma rivalry and the current state of both programs.

How well do you know the Game of the Century?

Before the Huskers and Oklahoma take the field this Saturday, test your knowledge of the Game of the Century.

Chatelain: Nebraska's hatred of Oklahoma pushed the Huskers to greatness

Tom Osborne revolutionized the Huskers' offense not once but twice . Why? To beat Oklahoma. Plain and simple. Yes, hatred is fuel. Nebraska in 2021 could use a lot more of it, writes Dirk Chatelain.

When Nebraska and Oklahoma meet for the first time since 2010 this Saturday, Jessica Coody will return to Norman with Husker Radio Network after spending nine years in Sooner Country.

Husker opponent preview: Everything you need to know about the Oklahoma Sooners

A full scouting report on the Oklahoma Sooners takes a closer look at the offensive and defensive schemes, the coaching staff, players to watch and more.

Lyell Bremser's call of the Johnny Rodgers punt return in the Game of the Century, now heard millions of times on radio, TV and YouTube, opens Huskers hearts all the way up.

In Thursday's episode of the Carriker Chronicles, Adam Carriker looks at the four key ways to get better blocking from Nebraska's offensive line.

While the 25th anniversary was "amazing" according to Tom Osborne, other anniversaries of the Game of the Century have been notable for various reasons. Sam McKewon takes a look at a few of them.

What are the Huskers' keys to victory against Oklahoma on Saturday? Sam McKewon has his weekly video breakdown on what it will take to get a win in Norman. 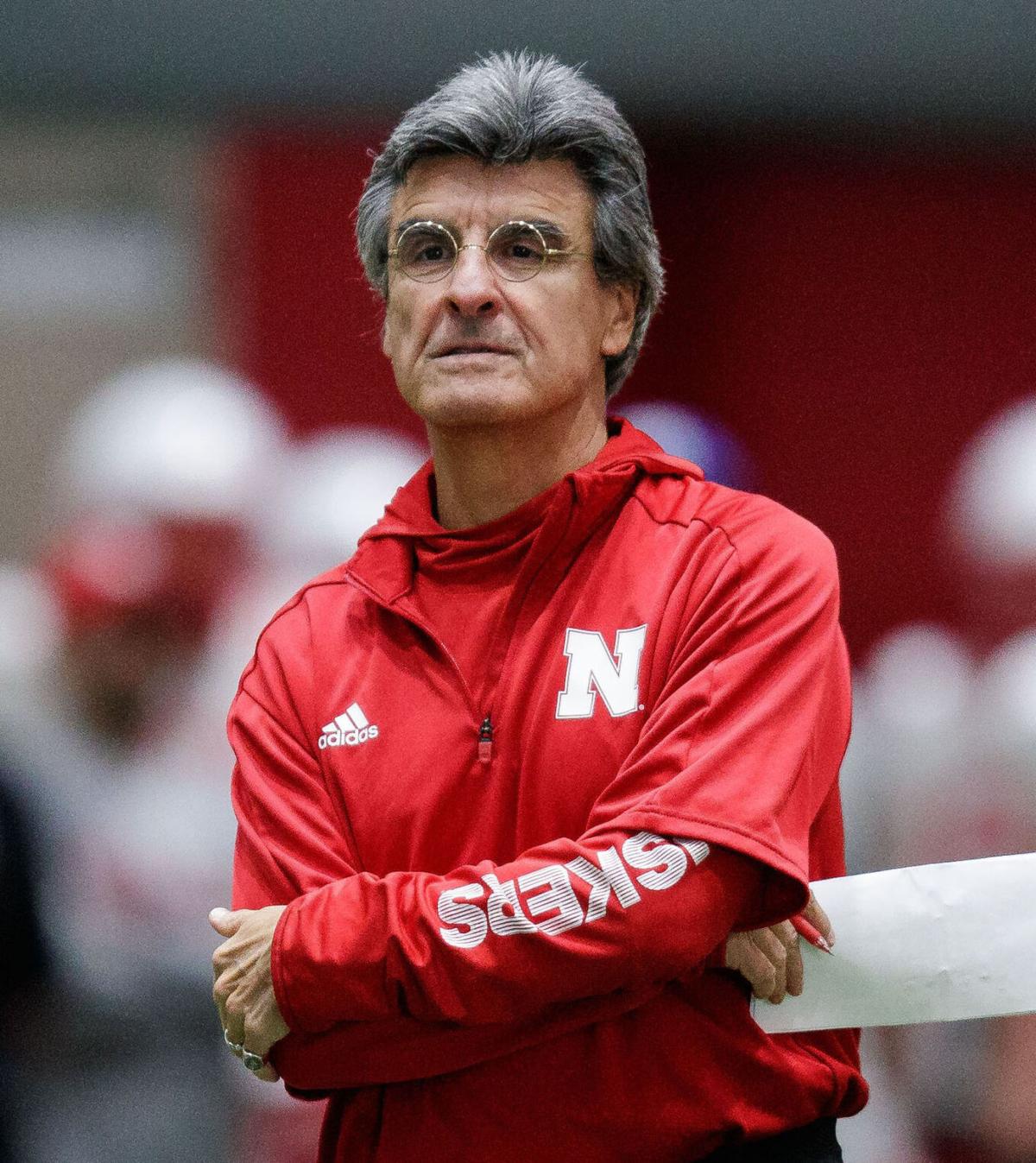 "Do his job, do whatever it takes to get it done, but play within the framework of his job and not try to do somebody else's job," Mario Verduzco said of Adrian Martinez.