LINCOLN — Guy “The Fly” Ingles — all 5-foot-9, 160 pounds of him — was one of the great receivers in Nebraska lore, catching 80 passes for 1,234 yards and 11 touchdowns in an era when the Huskers averaged roughly 25 passes per game.

But on one of the biggest catches of Ingles’ career — a 80-yard touchdown in a 41-20 win over Kansas — it didn’t hurt that he was on the field with one of the best players in Husker history.

Johnny Rodgers was one hell of a player. He was a pretty good decoy, too.

NU trailed the Jayhawks 20-10 in the first half. KU’s run game, diesel-powered by John Riggins, was at full blast. An undefeated season was on the ropes for a few seconds, until playcaller Tom Osborne dialed a play-action pass from quarterback Van Brownson. Rodgers, of course, was the first option. The Jayhawks blanketed him with a primary defender, a linebacker and a safety.

That’s how great teams punch back.

“The safety usually went with Johnny Rodgers and that left my man with me, one-on-one,” Ingles said after the game. “It is a long ways for a cornerback to follow me.”

“It was as finely executed a pass as you’ll see in football,” coach Bob Devaney said after the game.

Also, it was the spark Nebraska needed. KU didn’t score again in the game. The Huskers piled on 24 more points.

“The long pass to Guy brought us right back into the game,” Brownson said last week. “Then we methodically won, running and passing. And then the defense. I can’t tell you enough about the defense we had the three years I played. The defenses were the biggest reason we were as successful as we were.”

Indeed, NU had playmakers all over, starters and backups. Part of what made Nebraska so hard to beat over four quarters was the quality of players after the top group.

NU had Joe Ordnua and Jeff Kinney. It had an elite defensive lineman in Larry Jacobson, a future NFL linebacker in Willie Harper and a young defender named Rich Glover. You could beat the Huskers for a quarter. Maybe two. Maybe you could hang for four quarters. But by game’s end, NU had more dudes than the other team. That was true for two straight seasons.

“We were so good — two deep, at all positions — that we have maybe been rated Nos. 1 and 2,” Brownson said. “That’s how many good athletes we had on that football team in ’70 and ’71. In ’69, we might have been one of the top teams in the country, the way we were playing. And it’s all because you get to practice against people that are as good as you are.”

At the time of the KU win, NU was deemed the fourth-best team in the country. That was one spot up from the week before because of Mississippi’s 30-14 loss to Southern Mississippi, a stunning upset in which Archie Manning threw 56 times. The Huskers still trailed Texas, Ohio State and Notre Dame, which beat Missouri 24-7 one week after the Tigers lost 21-7 at NU.

Missouri coach Dan Devine said after the Notre Dame loss that the Fighting Irish were the nation’s best team.

“If there’s anybody better than Notre Dame, I haven’t seen them yet,” Devine said of the team quarterbacked by Joe Theismann.

Pollsters agreed with Devine for another month and a half.

NU was bound to be stuck at No. 4 for a while, given the teams in front and other squads creeping up. Auburn was vying to be the best team in the South and had an undefeated record. Air Force, the only team to beat Devaney’s great 1963 team, was 6-0. And at No. 5, just behind Nebraska, was Michigan. Under second-year coach Bo Schembechler, the Wolverines were coming off the first of eight straight wins over rival Michigan State. Stanford, the eventual Rose Bowl team, was making a move. So was eventual SEC champion Tennessee, which lost to Auburn in Week 2.

The giants of the sport hovered all around the Huskers, who had Oklahoma State — one of the Big Eight’s weaker teams back then — next on the slate. Devaney was undefeated against the Cowboys, but that 1968 game — a 21-20 Husker win — had been a little too close for comfort.

Nebraska would make sure to leave no doubt in Memorial Stadium this time.

Nebraska's 1970 national championship team was fortunate to have two great quarterbacks in Jerry Tagge and Van Brownson. “Bob Devaney had a great situation."

The Nebraska men with whistles were just as impressive as the ones in uniform.

On Oct. 31, 1970, Husker football defeated one of their toughest Big Eight foes, Colorado. Check out the 50-year-old article recapping the game. 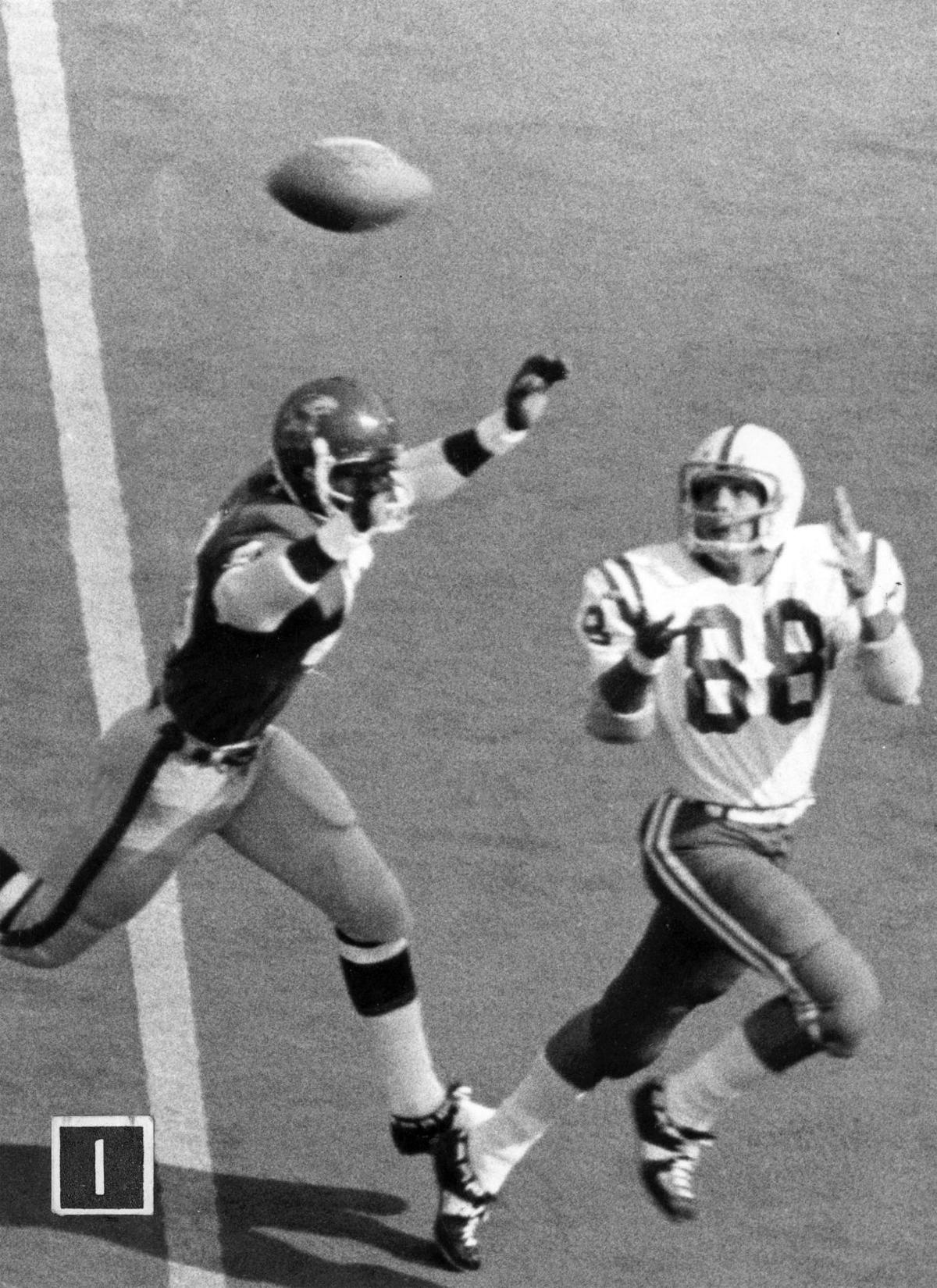 On one of the biggest catches of Guy Ingles’ career — a 80-yard touchdown in a win over Kansas — it didn’t hurt that he was on the field with the best player in Husker history. 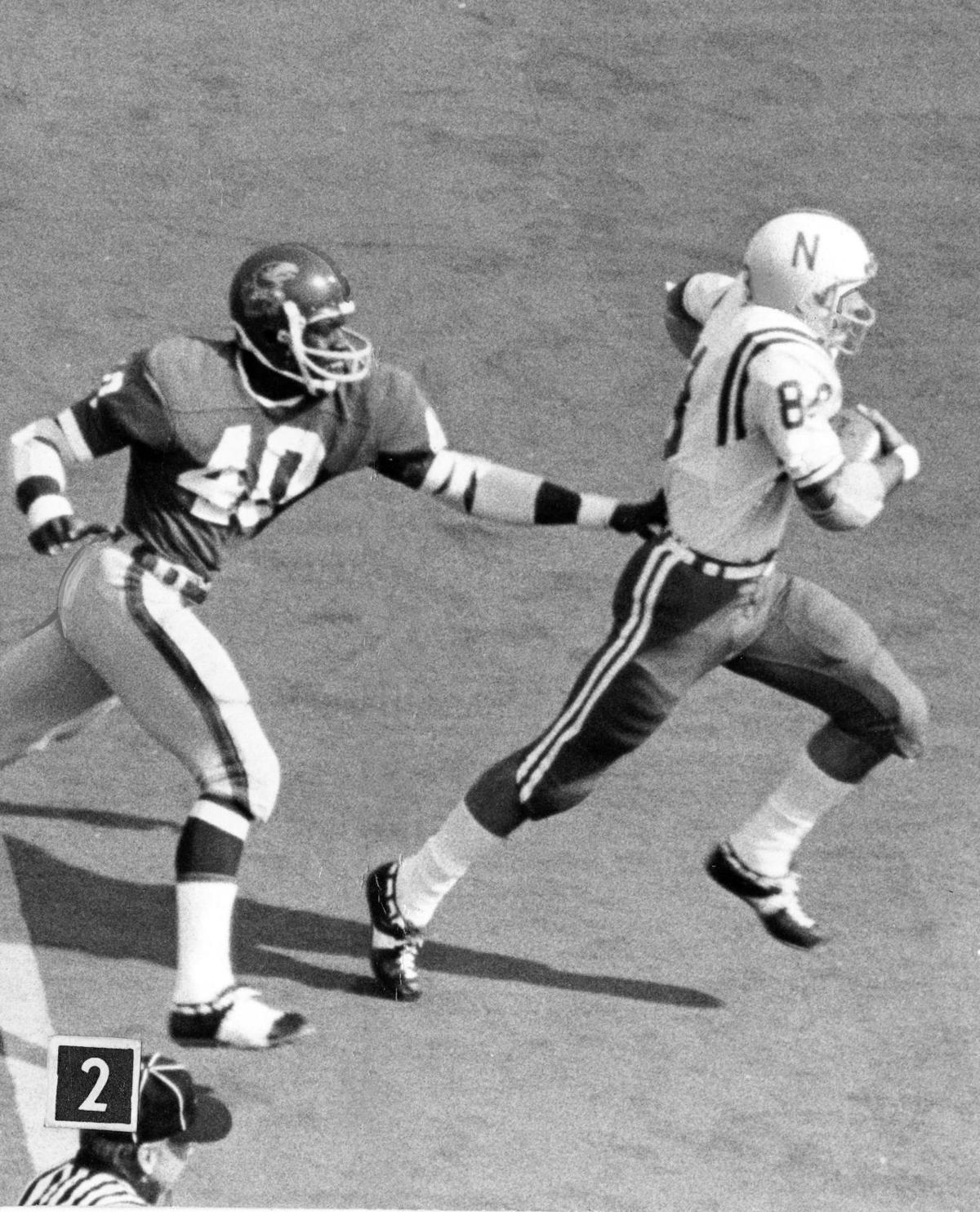 “The long pass to Guy (Ingles) brought us right back into the game,” Husker quarterback Van Brownson said