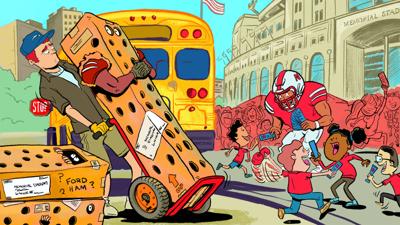 This was in the mid-2010s, when Nebraska’s current senior associate athletic director for diversity, equity and inclusion was part of the Life Skills department. He created an initiative that invited underserved youth from around the state to come visit Memorial Stadium for weekday tours.

Grade-school kids arrived by the busload to see the football facilities and hear from a student-athlete. They took pictures by the Tom Osborne statue outside North Stadium and gawked at national championship trophies. Many sprinted onto the field as fast as their legs could carry them for their own mini Tunnel Walk.

“They were always in awe, and that was with no crowd or games,” Chatters said. “I thought then if there was a chance for them to be there on game day, it would be great.”

Many children will be attending Nebraska’s 376th straight sellout Saturday morning against Fordham as part of what will be one of the school’s oddest home openers ever — odder in its own way than even last year.

The mask mandate is on as COVID-19 cases persist in Lancaster County. The opponent is so off the radar that one player this week hadn’t even heard of them. Emotions are high around the program after a Week Zero loss at Illinois that came in familiar, frustrating fashion.

A eulogy for the school’s NCAA-record sellout streak might have been part of Saturday’s strange brew if not for Chatters’ Hail Mary to connect roughly 2,400 returned visitor tickets from Fordham with area youngsters and their guardians. He pitched the idea to Athletic Director Trev Alberts. Alberts relayed it to a donor, who went all-in by purchasing everything that remained.

Dubbed the “Red Carpet Experience,” guests will receive a drink, hot dog and popcorn and settle into the southwest stands for a real football game day. Upward of 300 people — from Oklahoma and Kansas to Lincoln and Omaha — responded in the first 24 hours and will meet Chatters on Saturday to get their tickets.

“I’m just hoping to take that all in,” Chatters said. “It’s a beautiful thing to be able to see a young person come to a game for the first time and see family members who might not otherwise be able to afford it to come into this space and enjoy the day with their families and the memories they’ll be able to create.”

Ideal forecasts calling for mid-70s temperatures and partly sunny skies belie the turbulent blend of circumstances surrounding the first Nebraska home game with fans in 645 days and the end of a run of 18 straight against Big Ten foes. Those in attendance will be required to wear masks in elevators and other indoor locations. They’ll be strongly recommended to do the same everywhere else. It will play out only a few weeks after a restriction-free Garth Brooks concert — complete with alcohol sales — wrapped up on Stadium Drive.

Fordham, an FCS school in New York City, doesn’t bring much buzz. The football program is 172-247-4 (.411) since World War II. In between, it spent more than three decades either not existing, as a club team or a Division III outfit. Nebraska is paying the Rams $500,000 to play on the open date it wanted to fill after the pandemic moved its season debut from Ireland to central Illinois.

Two recruiting classes of Huskers have yet to experience a true game day in Lincoln. Veterans said all week they expect Husker Nation will turn out as always. Tight end Austin Allen likened home games in 2020 to “a scrimmage at best,” with calls from teams and shouts from parents echoing through the stands.

Last year’s home opener was its own soap opera.

Wisconsin was supposed to be in Lincoln before a COVID outbreak among the Badgers forced them to cancel. The Huskers tried to reschedule the weekend with a nonconference opponent before the Big Ten shut them down. Ultimately their latest home debut in 125 years happened in mid-November — they clinched a 30-23 win over Penn State in front of more than 6,000 wind-blown cutouts and a smattering of family.

Saturday represents a return of the butterflies. The rush of adrenaline. A racing heart.

“I think there’s going to be a similar energy to Akron four years ago,” Allen said, referring to the much-anticipated debut of coach Scott Frost wiped out by thunderstorms. “Fans are (eager) to get back in the stadium and watch us play football at Memorial Stadium. For a lot of people that’s a great tradition for them and their families. I think it’s going to have similar energy to that way it was four years ago.”

Said sixth-year defensive lineman Ben Stille: “Never been in a game here that wasn’t electric, especially the opening game. Excited to have the fans back in the stadium, obviously.”

Frost said he hopes supporters haven’t lost their zeal after the 30-22 defeat at Illinois and encouraged them early in the week to come out. Tight ends coach Sean Beckton recalled his visit to Memorial Stadium as a UCF assistant in 1997 — the fan hospitality still stands out to him — and imagines this weekend will pick up where 2019 left off.

“I’ve been to a lot of Husker games over my years and my life,” Frost said. “Don’t expect it to be any different.”

The matchup — in all likelihood a Nebraska lopsided win — won’t change fan opinion about the program or register nationally during a loaded weekend of college football. What it could be is the start of a semiregular practice of allowing more grade-school kids access to the Huskers while officially extending the sellout streak into its 60th year.

Exactly how enthusiastic the response is and how to better streamline the process are questions for another day. Verdicts about this Nebraska team and the future will take a backseat, for a few hours, to chants of “Husker Power!” and fight songs and pizza wrapped in cardboard.

Those lit-up faces, too.

“We’re really hoping that this is the beginning of something that can continue,” Chatters said. “I think that it does create memories and that feeling of being part of something bigger than yourself that are going to be very special.”

Check out more of our preview content for Nebraska vs. Fordham

» Husker opponent preview: Everything you need to know about the Fordham Rams

» Chatelain: Crowd at Nebraska vs. Fordham may deserve more attention than the Huskers

» Heading to Lincoln for the Huskers' home opener? Here's what you need to know

» Husker fans may be disappointed, but Nebraska still stirs excitement in its opponents

» How well do you know Nebraska’s next opponent — Fordham?

One of the priorities of the future, if not the present, at Nebraska is to make sure young fans have access and a desire to go to Husker football games, writes Tom Shatel. 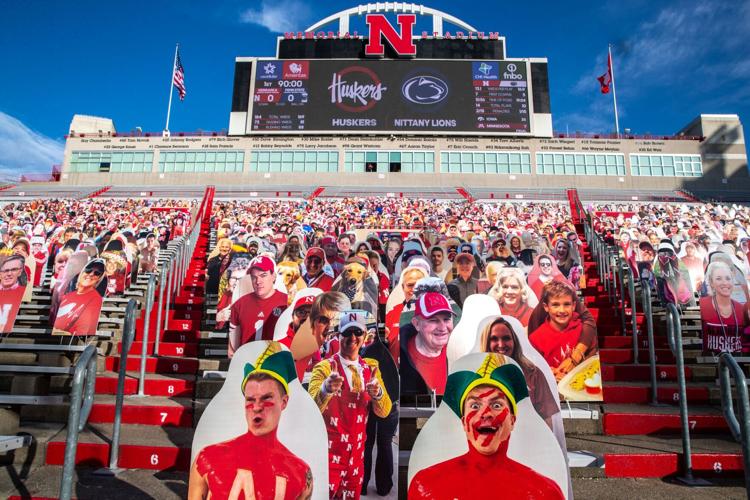 Nebraska's home opener in 2020 was a 30-23 win over Penn State, but it wasn't supposed to be. Wisconsin was scheduled to be in Lincoln before a COVID outbreak among the Badgers forced them to cancel. The Huskers tried to reschedule the weekend with a nonconference opponent before the Big Ten shut them down. 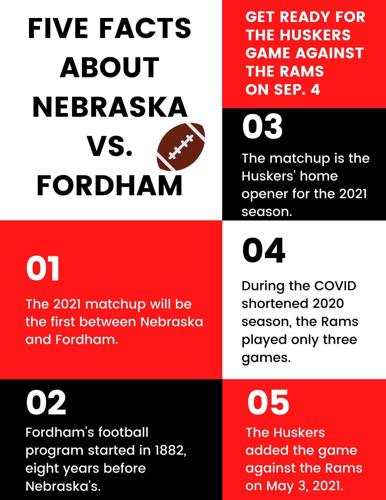