LINCOLN — The first person Omar Manning thought of after catching his first Division I touchdown was his coach.

Scott Frost, Manning said, never lost faith in the Husker wideout’s talent. No matter how many games Manning missed, and no matter how deep Manning sunk into the depression that consumed his 2020 season, Frost trusted that Manning would rebound.

As a coach, Frost said, it was hard to wait for Manning to recover. But as a person, he knew he needed to. Only support could hasten Manning’s return to the field.

“You have to make sure that you’re doing the right thing for student-athletes on and off the field,” Frost said. “Sometimes, you’ve got to walk a fine line between coddling someone too much and knowing when somebody has a real issue. When there’s a real issue, we want to make sure we give them help.”

The help Manning needed didn’t always exist within football programs, though. According to Dr. Brett Haskell, Nebraska’s director of sport psychology, athletes used to suffer in silence. Their performance would slip without obvious cause, which sometimes led to athletes “falling out of” their sport.

But today, Haskell is one of five sports psychologists on Nebraska's payroll. She traveled with the Huskers to Oklahoma last weekend so she could watch players’ body language and interpersonal reactions, which she says are useful data points during counseling sessions. Armed with that infrastructure, coaches like Frost are better equipped to support players like Manning.

“A lot of things have changed in the football world,” Haskell said. “I think that there’s such an emphasis on sports science now and evolving the way that we cultivate and develop strong and supple athletes. ... Coaches are leading the way making those kinds of support systems accessible and encouraging their athletes to take advantage of that aspect of training — their mind and their spirit.”

Manning had never trained his mind before last year. The junior described hitting a “low point” when he suffered an injury at TCU as a freshman, but he never addressed it. Before his first therapy session in Lincoln, Manning felt nervous.

“I never knew what it was exactly,” he said.

But the pandemic had taken Manning away from football. It kept him away from his family. And the worst part: It left him powerless to change his circumstances.

“You feel like you can’t really do anything about the situation,” Manning said. “That’s what makes it tough.”

Fellow wide receiver Zavier Betts could see Manning’s troubles in his demeanor last season. Betts said Manning avoided eye contact with teammates. He looked down when others glanced in his direction.

“You could tell he wasn’t himself,” Betts said.

So Manning tried therapy. And through his counseling sessions, he learned to cope without control. Though he grew “impatient” waiting for playing time last season, he persevered through his frustrations.

During the offseason, Manning practiced productive habits: Wake up, work out, stretch, eat right. His routine helped him maintain a “good headspace.” And it would pay off eventually, he thought, as long as the coaching staff maintained confidence in him.

“His patience with me, the type of man he was for me, I definitely needed that,” Manning said of Frost. “ ... For him to believe in me, keep pushing me, that was great for me.”

Omar Manning's first Husker TD took longer than expected, but now he has a moment to 'cherish'

On Saturday, Manning rewarded Frost’s trust with a 21-yard touchdown in the fourth quarter against Oklahoma. On Monday, Manning spent 15 minutes explaining the journey that led to his comeback.

Haskell, one of many people Manning credited for helping him dig himself "out of a hole,” would not comment on any specific athlete’s progress. But in general, she said, sharing experiences represents a “powerful shift” in her patients’ journeys.

“I think it’s a point of radical self-acceptance,” Haskell said. “That this is a part of my story and it’s not something to be ashamed of. It’s actually a very brave thing to both seek help for something that has historically been stigmatized and then also to be strong and courageous enough to speak to what the experience was like for them in a way that helps others.”

Athletes play an outsized role in the conversation, Haskell said, because of the labels society assigns them: strong, tough, macho. The fact is, one in four college students will experience a mental health condition. Athletes aren’t exempt, and just like an on-field injury, those conditions take time to heal.

Some conditions heal like a stubbed toe or a sprained ankle, Haskell said. Some take longer.

Manning spent months practicing patience and reframing the lens through which he viewed himself. And one year later, Manning is finally making the plays Nebraska envisioned when it recruited the No. 1 junior college prospect two years ago.

Manning shared his story Monday because he knows other athletes are struggling. He hopes his story inspires others just like it. He explains his journey to the young receivers still fighting for a place on Nebraska’s depth chart.

“Never give up,” is the lesson Betts has learned from watching Manning. “Keep pushing and just always give your best. That's what he does every day in practice.”

He also walks with his eyes forward now. Betts hasn’t noticed Manning’s avoidant eyes in a long time. And overall, Betts says Manning seems like “a completely different person” than he did last season. Wide receiver Levi Falck called Manning “the biggest jokester on the team.”

Manning credits his teammates, among many others, for helping him reach this point. He said Chris Gilbert, his high school coach, played a hand. So did Willie Gooden, his junior college coach. And his family. And several Nebraska assistant coaches.

But when Manning caught his touchdown on Saturday, he thought of Frost. Without his compassion, Manning might not have found his way back to the end zone. But now that he has, Frost hopes Manning can schedule regular visits.

Frost thinks Manning will, too, if he continues on his current trajectory. Manning understands the playbook, knows every route and, most importantly, is comfortable inside his own head.

What a story it’d make, Frost said, if Manning continues his success.

“I like to see guys fight through things and come out the other side,” Frost said. “He’s on a good path.”

Photos: Nebraska vs. Oklahoma in 50th anniversary of Game of the Century

NFL Week 6 Market: Will weather be a factor?

Shatel: Huskers are going to The Woodshed. But will Michigan State take them there?

Michigan State coach Mel Tucker is calling his stadium "The Woodshed." Tom Shatel asks: Which comes first, the nickname or the reputation? For now, this one is the former.

In the latest Pick Six Podcast, Sam McKewon, Evan Bland and Jimmy Watkins look back at the Huskers' loss to Oklahoma and how Nebraska can stop Michigan State dynamic running back Kenneth Walker III.

What are the Huskers' keys to victory against Michigan State on Saturday? Sam McKewon has his weekly video breakdown on what it will take to get a win in East Lansing.

Nebraska has eight games left in the season. But I’m doubling down that the next three weeks are the most important stretch of the year, writes Tom Shatel. 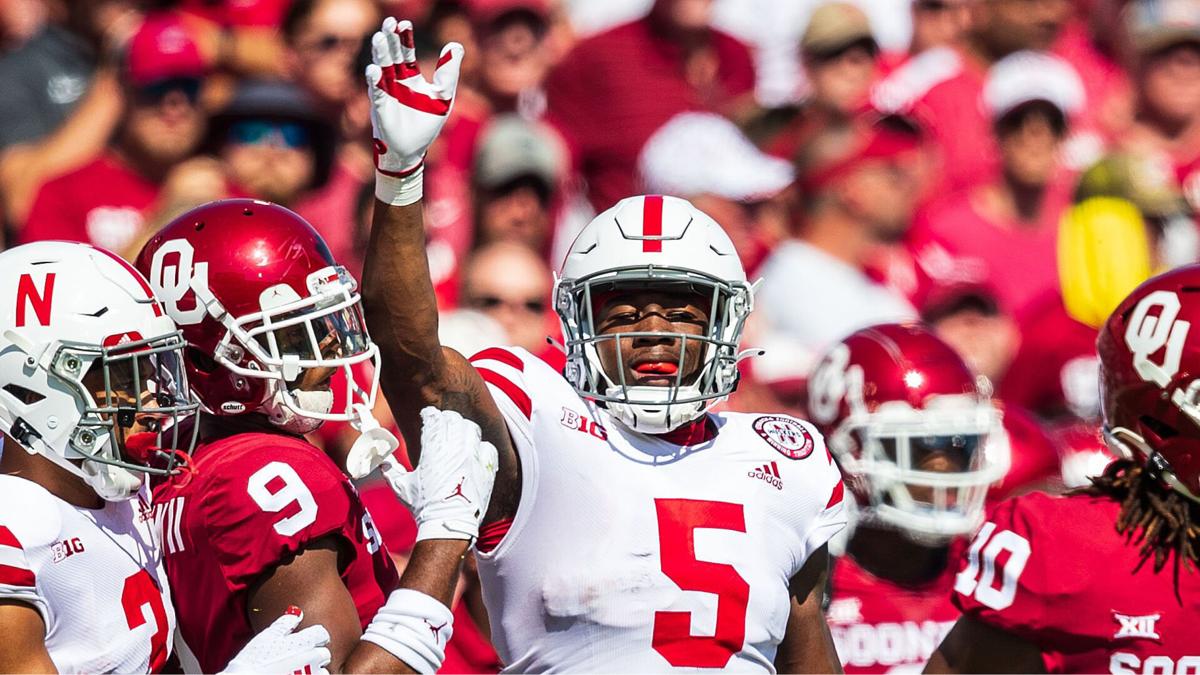 Omar Manning scored his first touchdown as a Husker on Saturday, and afterward he opened about the journey he made through depression to reach that point. 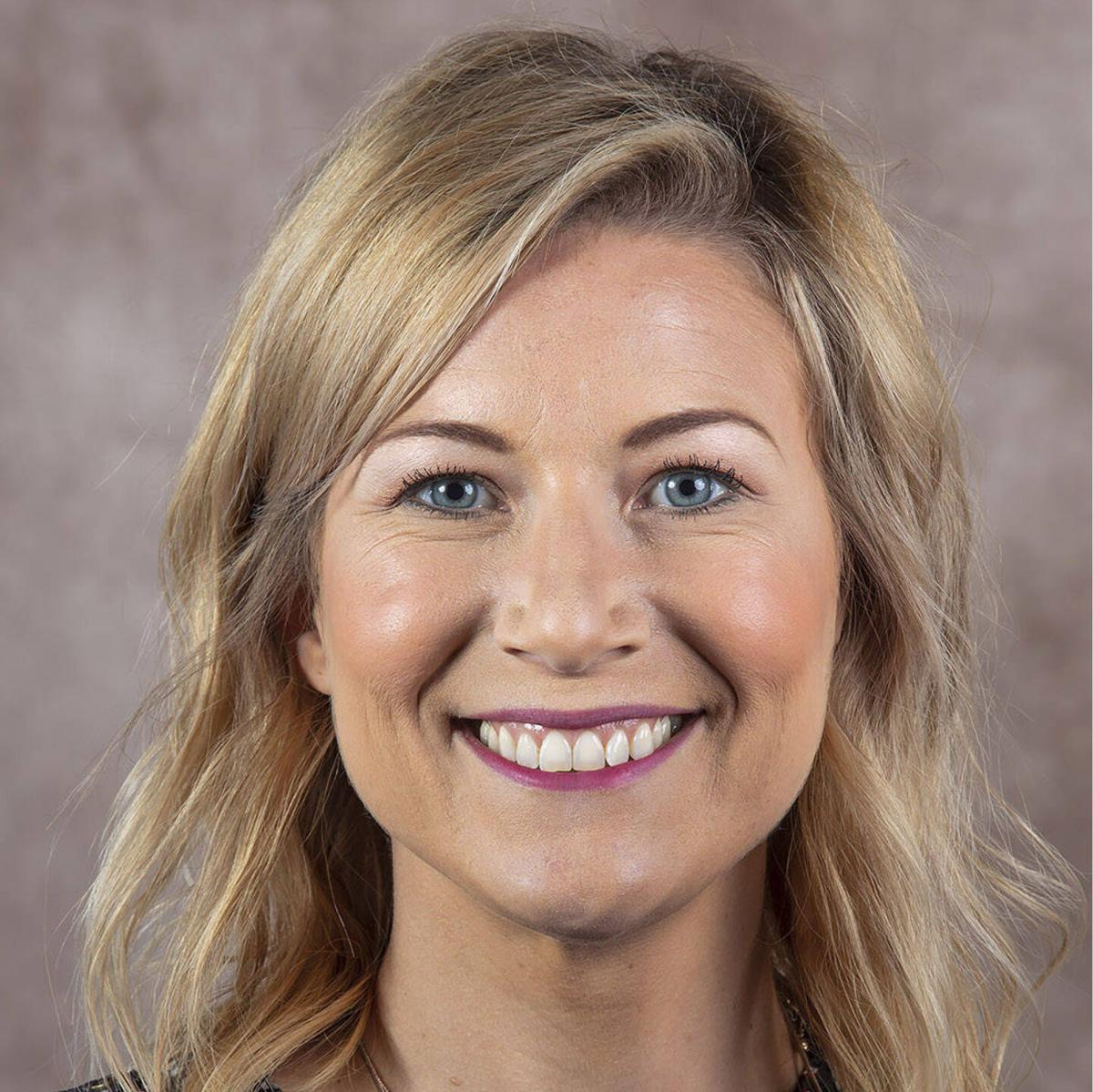 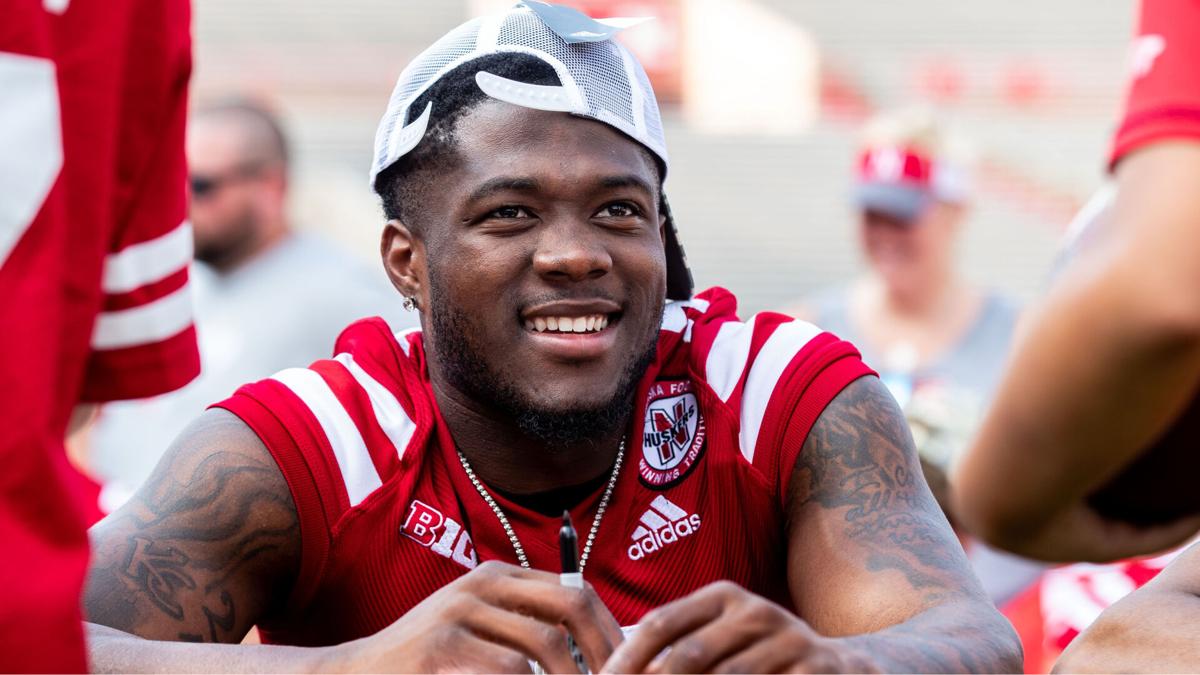 Omar Manning's teammates have noticed a difference in his demeanor since he sought help for his mental health. “Keep pushing and just always give your best," fellow receiver Zavier Betts said. "That's what he does every day in practice.”