LINCOLN — It was a play like almost any other in practice, and the tackle wasn’t violent or memorable.

Van Brownson figures it was an option run of some sort in fall camp. The Nebraska quarterback, who started the final two games of the 1969 season and figured to be the guy in 1970, had his elbow skid along NU’s new AstroTurf field.

Anyone who’s ever played on AstroTurf knows what happened. Rug burn. And Brownson’s rug burn got infected.

“My bursa sac exploded,” Brownson said. “It looked like I had a golf ball on my elbow. They had to lance it, and they had the elbow draining for the next couple weeks. So I missed out on the opportunity to start the season.”

Jerry Tagge took those reins and held them for much of the 1970 season, particularly the games young fans might hear about. The 21-21 tie at USC. The thriller over Oklahoma. The 17-12 Orange Bowl win over LSU that clinched NU’s first national title. Tagge scored the winning touchdown, and the image of him twisting over the goal line, ball in the air, is a lasting memory of that title team.

“Jerry played in a lot of the games that were televised,” Brownson said. “So he was going to be remembered. That’s just the way it is.”

But here’s how it really was in 1970: Nebraska used two quarterbacks, often in the same game. There was no bubbling controversy about it either, at least none that any Husker on that team recalls.

“Two great quarterbacks,” said Husker linebacker Jerry Murtaugh. “Bob Devaney had a great situation. As far as I remember, very little was said about it.”

If the team couldn’t move the ball with Brownson — or Brownson got hurt, as he did twice in 1970 — then Tagge got the call. If Tagge was struggling to move the offense, Brownson went in.

And, at halftime of NU’s game with Missouri, that’s exactly what happened.

“Bob came to me at halftime and said, ‘We’re going to start you in the second half and see if we can’t get some momentum going,’” Brownson said.

Nebraska’s offensive attack was strong in all three contests.

At KU, which featured a two-headed monster at running back with John Riggins and Steve Conley, Nebraska fell behind 20-10. Brownson struck with an 80-yard touchdown pass to Guy Ingles. Three Jayhawks engulfed Brownson as he launched the throw.

“Absolutely perfectly thrown from the hands of Van Brownson — and mind you, he’s throwing into the breeze!” radio play-by-play announcer Lyell Bremser said after the play. Nebraska eventually won 41-20.

The Huskers produced 65 points against the Cowboys, the most by an NU team since 1922. Brownson completed 11 of 15 passes for 175 yards.

At Colorado, which stunned Penn State earlier in the season, Brownson completed 11 of 17 passes for 173 yards and threw two first-quarter touchdowns in a 29-13 win.

But Brownson got hurt again in that game. He’d throw seven more passes all season. The following spring, Brownson injured his shoulder in practice. The 1971 team was Tagge’s all the way, like how the 1995 Husker squad became Tommie Frazier’s after he beat Brook Berringer for the starting job.

Like Berringer, Brownson didn’t leave Nebraska. He doubts that many quarterbacks, faced with the situation he had back then, would stick around at their original school now. Tagge, who lost his job in 1970 until Brownson got hurt, stuck around, too.

They were friendly competitors — Tagge, 30 pounds heavier, became the better passer over time, while Brownson was the quicker runner — and dedicated to the success of the team.

“Back in those days you had loyalty to the school you signed with. And you didn’t think about changing schools or going somewhere else or even looking to be successful someplace else. You wanted to contribute the best way you could.”

Nebraska had a two-deep full of starters, Brownson said. Players so good that, in 1970 and 1971, the second-best team in the nation might have been the Husker backups. How many teams had Joe Orduna, Jeff Kinney, Johnny Rodgers and Ingles as skill players on the same team? How many had Nebraska’s wealth of talent on defense?

“My contribution is something that I relished,” Brownson said. “I played the game the way it was intended to be played, I contributed what I could contribute as much as anybody did.”

Which is perhaps why, when asked about quarterbacks he admired at Nebraska over the years, Brownson picks the one you might expect.

Berringer, who played a key role in the 1994 national title season, served fully as Frazier’s backup in 1995, and died in a plane crash in mid-April 1996.

“I appreciated his work ethic, I appreciated the kind person he seemed to be,” Brownson said. “I appreciated his (ability to stick with it). He had the skills to be playing anywhere else in the country, and that was obvious when he had his opportunities to play. But he stayed there, and stuck it out, and continued to do the things he could do to play and help that football team.

“I don’t go to many spring games or anything like that, but I remember the one Nebraska had after his accident. And I did go down to pay my respects to him.”

Brownson also could have played a lot of places in college. He stayed at Nebraska.

“Tagge has always said, to this day, ‘I would have never seen the field if Van hadn’t gotten hurt,’” Murtaugh said. “That’s how good Van was. He could throw, he could run, he was smart. And we did drink a couple beers together. So I kind of liked him, too.”

For decades Missouri was one of Nebraska's biggest rivals. And their meeting in 1970 epitomized the physicality of that rivalry — especially one big hit delivered by a Husker lineman.

Long before Nebraska joined the Big Ten, Bob Devaney recruited players from that part of the country. And those Rust Belt Huskers played a big part in winning the national title in 1970.

There are few silver linings to pandemic, but Chinander is optimistic about Husker defense

While Erik Chinander wasn’t overly keen discussing silver linings during his hour-long radio appearance, he brightened while discussing his optimism for the Nebraska defense in 2020.

These Huskers grew up together in Green Bay, then turned Lincoln into Titletown

One high school in Green Bay, Wisconsin, produced four Nebraska football players in the late 1960s and early 1970s. That group would go on to turn Lincoln into their own version of Titletown.

On the 50th anniversary of the Huskers' first national championship, four members of that team are among the seven being inducted into the Nebraska Football Hall of Fame. 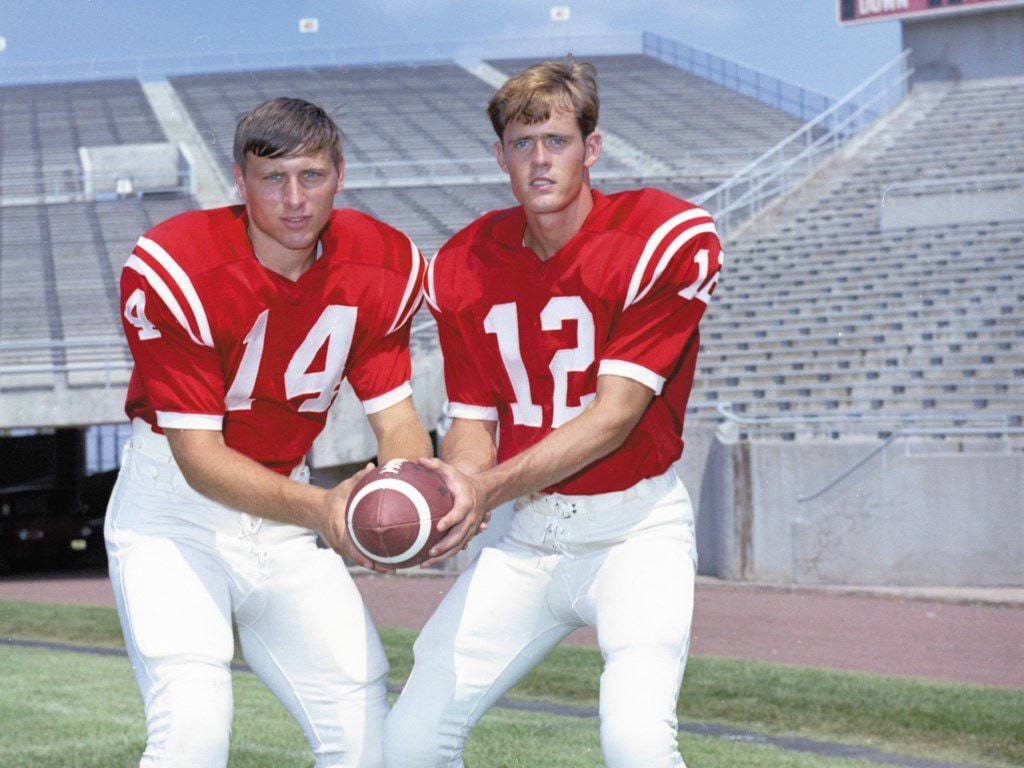 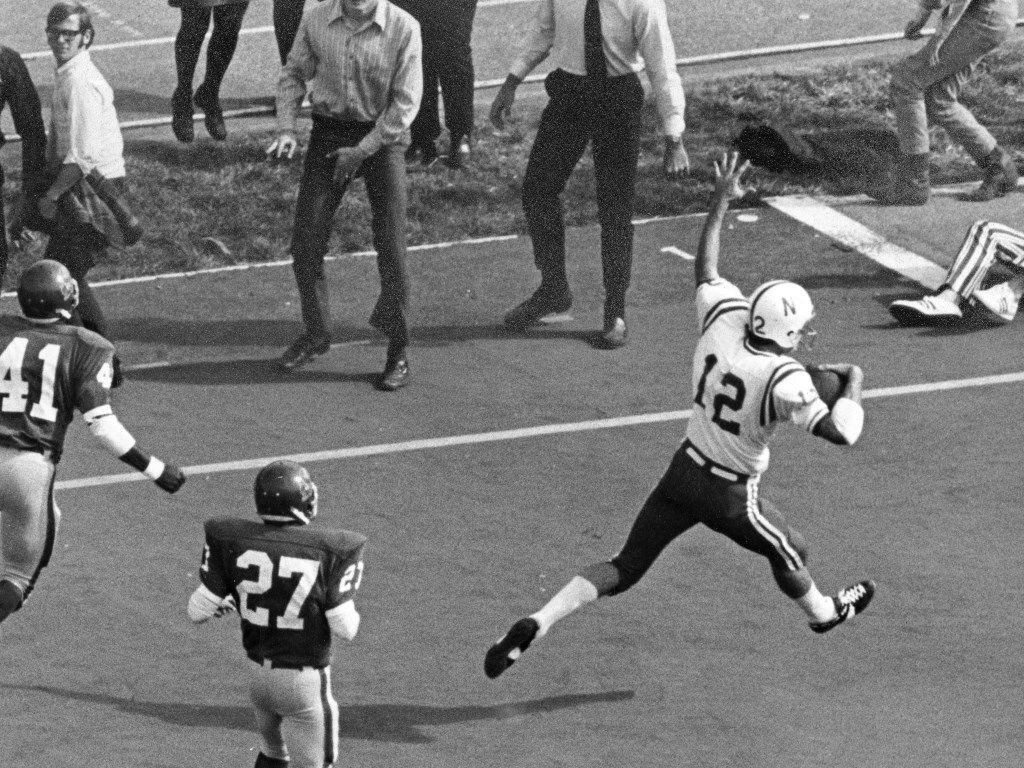 Van Brownson got his first start of the 1970 season against Kansas. He accounted for four touchdowns in that game.