Nebraska’s 1970 national champions had linemen from California, a defensive end from Virginia, a punter from Vermont and other starters from across the upper Midwest.

But none of them, Jerry Murtaugh says, could outrun two starters in the secondary from Columbus Scotus, Joe Blahak and Bill Kosch.

Not even Johnny Rodgers? Not in a 40-yard dash.

“Two white boys. Fastest guys on the team,” said Murtaugh, an All-America linebacker from Omaha North on the ’70 Huskers. “We’re going, Dang. They were movers.”

Blahak, the gregarious cornerback, went on to play five years in the NFL before moving back to his home state and entering the insurance business. He died of a heart attack in 2016.

Kosch, the quiet safety, studied mathematics and engineering, became an academic All-American and built a career as a fuels engineer for the Nebraska Public Power District. He’s still on the job at age 70.

He has fielded questions his entire adult life about his toughest day as a Husker, the 1971 Game of the Century win over Oklahoma.

But 50 years ago this weekend was one of his best days — a 51-13 beatdown of 20th-ranked Kansas State and Lynn Dickey.

The Huskers intercepted the future NFL quarterback seven times. Blahak got three of them, Kosch two.

“I think I had my third, but they didn’t give it to me,” Kosch said with a chuckle. “I dragged my toe on the sideline, but they called me out.”

Blahak was always hard to match. After he and Kosch led Scotus to the No. 1 ranking in football in Class C in 1967, Blahak won five gold medals in the 1968 and 1969 state track meets. Two in the long jump, two in the low hurdles and one in the 100-yard dash.

“I could beat him in the discus,” Kosch said. “There wasn’t much you could beat Joe in.”

Even Rodgers, the 1972 Heisman Trophy winner, admits he couldn’t match Blahak’s straight-line speed. He says he was faster than Kosch, but teammates agree that both were among the team’s fastest players.

Kosch was fast at getting to college. Though he was two days younger than Blahak, he started kindergarten a year earlier, at age 4½.

His family had just moved to Columbus from Colorado, and his father was building a house. So Bill and his sister, two brothers and pregnant mother were living in his grandmother’s two-bedroom house.

“So the solution was to put me in school,” Kosch cracked. “That’s how I got ahead.”

As Kosch played for the Husker freshman team in 1968, Blahak led Scotus in rushing, scoring and interceptions.

Nebraska had to outduel Notre Dame for his signature. But Bob Devaney’s Huskers had an in: Blahak’s high school sweetheart, Diane Melliger, was a freshman in Lincoln.

He and Diane ended up marrying in 1970, and he made the Husker starting lineup that season as a true sophomore.

On a defense that featured a future Outland Trophy winner in Larry Jacobson and a 10-year NFL linebacker in Willie Harper, Blahak was the best athlete, says Dave Morock, the 1970 starting monster back, or strong safety.

Off the field, Kosch says, Blahak was “totally wild.” Morock says his teammate would “tend to flake out every now and then.”

Diane Blahak says her husband was a jokester, the life of the party.

“Actually, a lot of the things the ’70s guys did you really can’t talk about too much, because they were characters,” she said. “And it kind of came from Devaney, because he was a character.”

Her husband’s personality changed after he had a stroke 10 years before his death, she said. But he continued to see his former teammates annually at a golf tournament in Gothenburg.

“The day he died was one of the saddest days of my life,” Morock said. “I really liked that guy.”

Morock, who lives in Parkville, Missouri, still sees Kosch annually at the golf tournament. “Just the nicest man you could find.”

Kosch said little on the field, teammates say. He just quietly did his job.

“Joe was fearless,” Morock said. “Joe would gamble on things and sometimes get beat. Billy was always where he needed to be. And a lot of times he’d cover Joe’s (man).”

In his biggest game as a Husker, Kosch actually took Blahak’s place at cornerback.

Monte Kiffin, NU’s de facto defensive coordinator, hatched an idea as the 1971 Game of the Century approached: move Blahak, a strong tackler, closer to the line of scrimmage as an extra linebacker, where he could help contain Oklahoma’s record-breaking triple option.

Besides asking the All-Big Eight senior safety to change positions, coaches changed his normal coverage technique. Instead of playing 6 yards off Harrison and shading to the receiver’s outside shoulder to deny out routes, they had Kosch play 10 yards back and straight up.

Jack Mildren, a great runner but sub-50% passer, delivered his best passing game of the season. He hit Harrison four times for 115 yards and two touchdowns, go-ahead scores in the second and fourth quarters.

The Huskers rallied to win, but Devaney apologized to Kosch after the game for putting him in a tough spot.

Kosch has heard about the game ever since, including a few weeks ago when a reporter called to ask about it.

“I guess in the scope of your life it’s just a little detail,” Kosch said. “You’d always like to be the hero and make the play. But really, you shouldn’t change a thing about that game. From an outsider’s point of view, it was kind of the perfect game.”

Joe Orduna, who was featured last weekend along with fellow I-back Jeff Kinney in a story on the 1970 Huskers, wore No. 48 at Omaha Central, the same number as Gale Sayers.

Orduna’s paternal grandfather had ancestors from Spain and immigrated from Mexico. The story incorrectly said it was Orduna’s father who came from Mexico.

Dickey hears from former Husker on the radio

Lynn Dickey, the local legend whose passes landed him in the Kansas State and Green Bay Packers halls of fame, was on a Kansas City radio show one day when he got a call from Dave from Parkville.

Hey Lynn, Dave said, I played against you for Nebraska in 1970.

“Dave” was Dave Morock, who grabbed one of Dickey’s seven interceptions in the Huskers’ 51-13 win.

No one outside the NU locker room could have imagined that outcome, Morock says. Kansas State entered the game 6-3 and ranked 20th. The Wildcats had beaten Oklahoma in Norman and No. 17 Missouri in Manhattan.

They were led by Dickey, their senior quarterback who would go on to play 13 years in the NFL.

But by the time Morock returned his interception 43 yards for a touchdown in the fourth quarter, the Huskers led 51-7.

“When we saw the formation, we could narrow down what they were going to run,” Morock said. “Then if you watched the flow of the offensive line, you could narrow it down to probably two plays.

“We were probably in better position than their receivers.”

“He had to get rid of the ball quick,” said Murtaugh, who had an interception, too. “Thank goodness, because if you give him time, he’d pick you apart.”

One Kansas State reporter described the game against the 1970 Huskers as such: "The Wildcats saw nearly everything they tried turn to disaster in the second half."

March to No. 1: Happy Huskers to Ballot on Bowls

On Nov. 14, 1970, Husker football clinched a share of the Big Eight title with their win over Kansas State. Check out the 50-year-old article recapping the game.

Recruiting: Elkhorn running back Aiden Young headed to Huskers as a walk-on

Aiden Young has been a key cog on an Elkhorn team that will host the Class B championship on Friday. He's rushed for over 1,400 yards and 23 touchdowns this season.

McKewon: Blackshirts saved the Huskers' season with red zone stops. They could use more help

Erik Chinander and his players got it done Saturday with athletic, passionate pass coverage, fairly good tackling and a high-effort pass rush. And for the last 2 ½ quarters, they didn’t get much help.

Deb Kleve White's book “The Spirit of Nebraska" is a history of Husker game day traditions such as the tunnel walk, mascots and cheer squads.

Oklahoma challenged the 1970 Huskers, but the Sooners couldn't beat them

Oklahoma and Nebraska battled for the Big Eight title in 1970 with NU coming out on top. Stu Pospisil has more on Sooners' side of their loss to the Huskers.

1970 Huskers' had their 'hands full,' but defender's interception sealed win over Oklahoma

“That interception is what I consider the signature play of my career," former Husker Jim Anderson said.

On Nov. 21, 1970, Husker football clinched the undisputed Big Eight title with their win over Oklahoma. Check out the 50-year-old article recapping the game.

These Huskers grew up together in Green Bay, then turned Lincoln into Titletown

One high school in Green Bay, Wisconsin, produced four Nebraska football players in the late 1960s and early 1970s. That group would go on to turn Lincoln into their own version of Titletown. 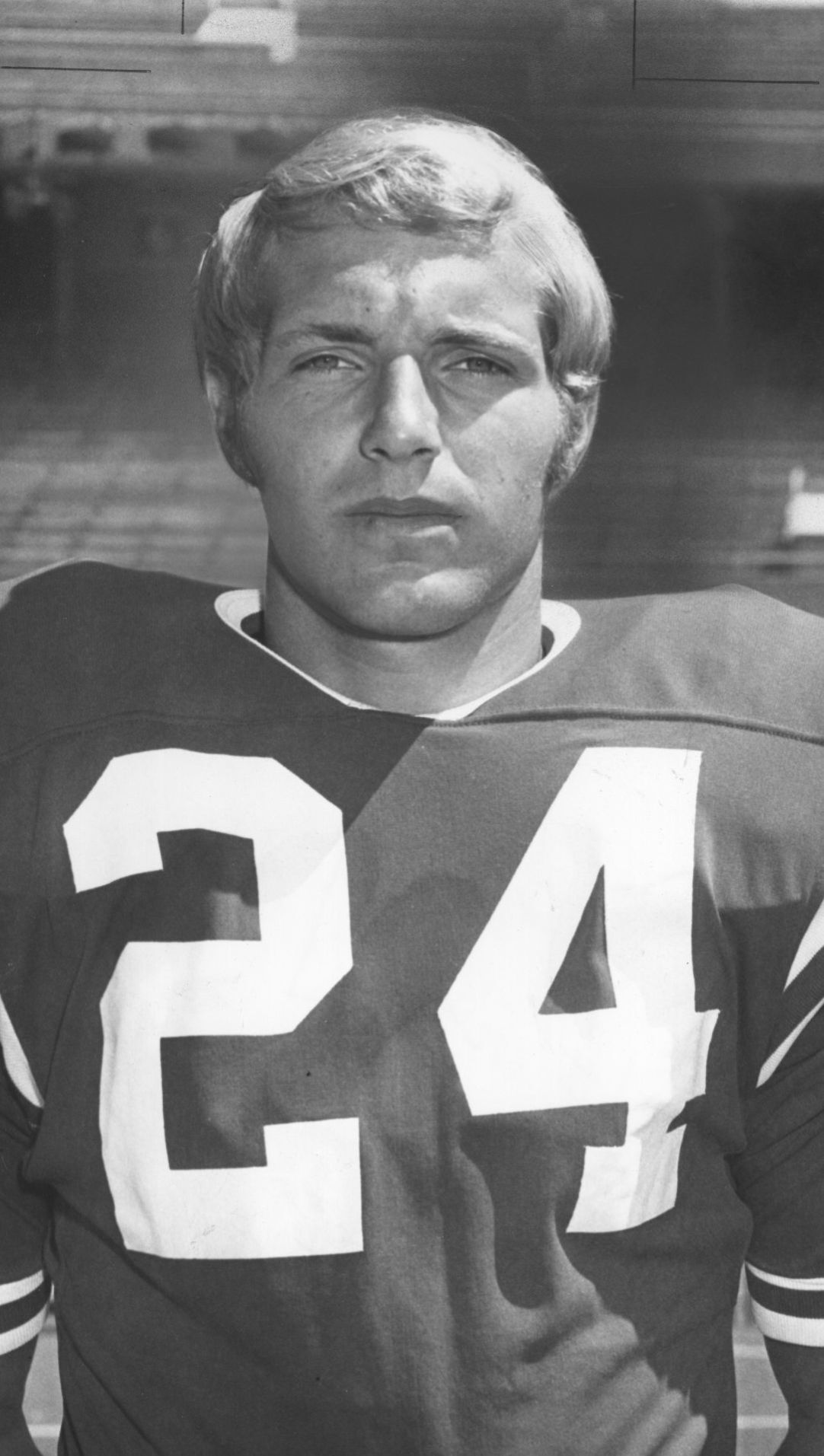 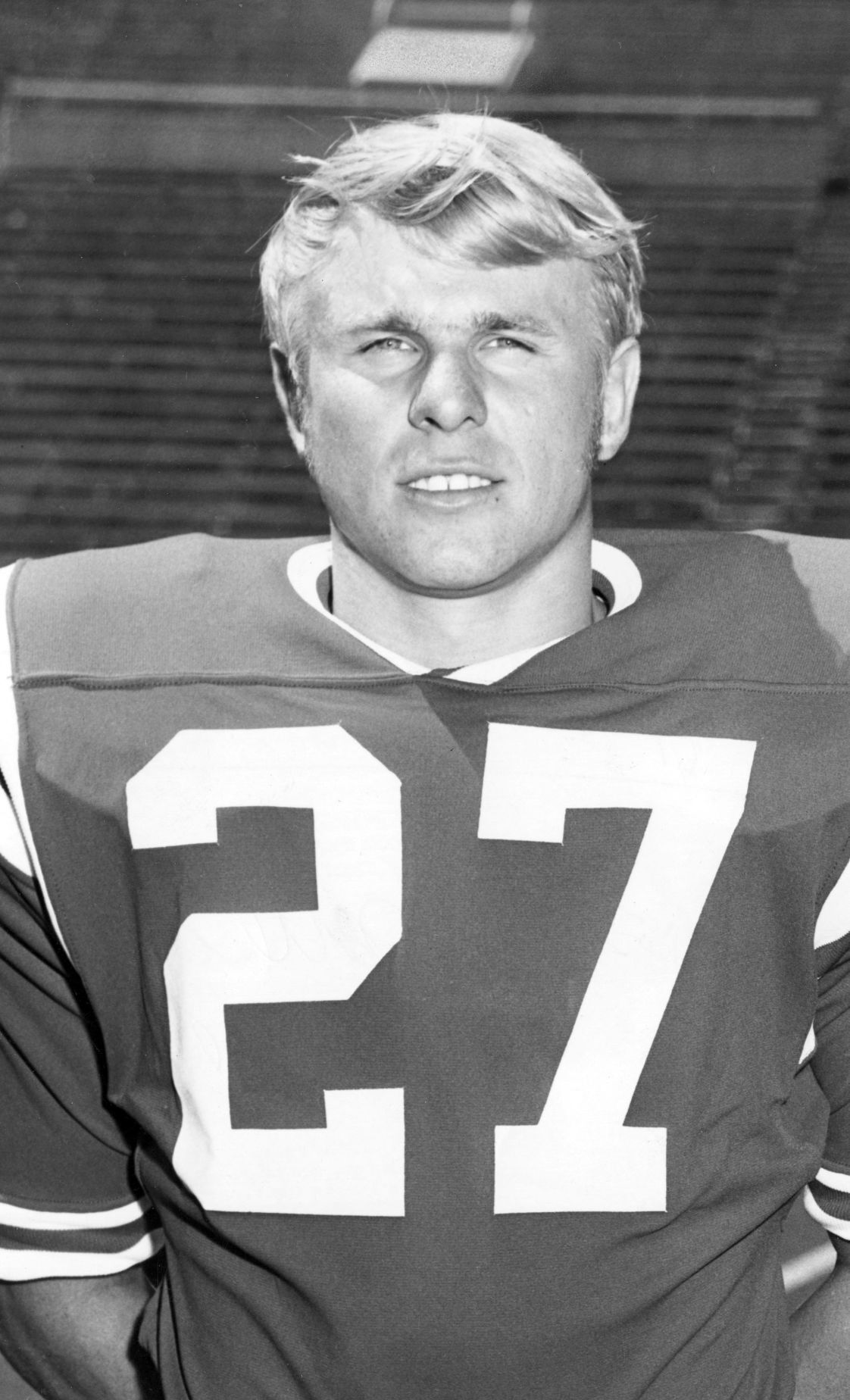