LINCOLN — Zavier Betts had more traffic around him right after he scored his first collegiate touchdown than when he was running toward the end zone.

Senior linebacker Collin Miller wanted a word as the freshman receiver sat on the bench. Marcus Fleming, another freshman receiver, was right in front of Betts. Senior running back Dedrick Mills sat to Betts’ left. And here came redshirt freshman quarterback Luke McCaffrey, not even bothering to sit. He stood on the bench, leaned down toward Betts’ ear and shouted encouragement.

It was a picture of excitement and exuberance during the first win of the season. Of guys barely experienced enough in the college game to know what they do know, much less what they don’t. If the Husker season started with a hoped-for reliance on the few veterans in the program, a 21-13 loss at Northwestern shifted it quickly to something else: the kids.

Sixteen underclassmen played at least 15 snaps in Nebraska’s 30-23 win over Penn State. It’s possible at least that many — or more — have the same kind of role in Saturday’s 11 a.m. game against Illinois (1-3).

McCaffrey, the kinetic athlete who plays with an edge, is probably the face of the movement since he’s the quarterback. But the fun extends far beyond that to redshirt freshman defensive end Ty Robinson, who got his first Blackshirt this week. Or two 2019 defensive backs — Quinton Newsome and Myles Farmer — who held their own in their first career starts at Northwestern. Or Betts, who as he scored on a 45-yard jet sweep pitch pass from McCaffrey, realized, hey, this is just like high school. Or two redshirt freshman offensive linemen in Bryce Benhart and Ethan Piper, who are learning the ropes of life in the Big Ten trenches.

“I could go on and on,” coach Scott Frost said Thursday. “But it’s a lot of first-year players. It gets me really excited about where we’re going and the trajectory.”

Frost was quick to add: There will be growing pains.

He remembered his college career, and being a better player his second year playing for NU than his first. On Monday, he rattled off some of the oh-so-close moments in the Penn State win. A missed block here. A missed assignment there. Not being in quite the right spot on a pass play. Football can be a game of inches. Young players are still learning how to use their rulers.

And hope they listen. Frost said McCaffrey absorbs coaching as well as Frost could want.

“Luke is the type of kid that lives in the office,” Frost said. “Always watching film, always trying to get better.”

Miller, a team captain, sees the same out of the young players on defense.

McCaffrey can’t help but show it.

He said Monday he gets the enthusiastic, hyper-competitive gene from his mom, Lisa. He’s his own hardest critic, and perhaps everyone else’s biggest cheerleader. Questions directed to McCaffrey about his own game quickly become platforms for helping the entire offense.

“You always want to just kind of make things a little cleaner from a quarterback standpoint, run a little more efficiently,” McCaffrey said. “Just crisp it up a little bit more.”

Crisp doesn’t always happen when six freshmen on are on the field. But it did on Betts’ touchdown, when the Bellevue West graduate was joined by McCaffrey, Benhart, Piper, Fleming and running back Marvin Scott on the play. Scott, who played sparingly in the first two weeks, had a block so good that Frost called him the following day to remind him of it.

Other times against Penn State, players ran into each other on zone reads, or Nebraska was forced to call time out because substitutions were coming in late. The Huskers have added some presnap “candy” to their offense by way of shifts and motions. Fourth-year junior Austin Allen said it’s hard for him to understand early in preparation weeks, so he knows it’s hard for younger players.

“You can tell they’re treading water at the beginning of the week,” Allen said.

Offensive coordinator Matt Lubick, who’s overseeing NU’s tweaks, said it’s exciting to see so many young players earning snaps, because it points to a promising future. He “definitely” won’t be changing his day-to-day standards to accommodate them, but there is a shift in approach when dealing with players just removed from high school.

“We’ve got to build their confidence,” Lubick said. “That’s the biggest thing with freshmen — putting them in situations where they can succeed. I don’t know if ‘patience’ is the word. More ‘positivity.’ Making them understand, ‘Hey, these are the things, and you can do it,’ and being positive about it.’

“I think you can still be demanding but positive.”

Husker opponent preview: Everything you need to know about the Illinois Fighting Illini

Betts, one of NU’s top recruits in the 2020 class, described his experience so far at Nebraska as “an honest grind since Day 1.” A unique, pandemic-shaped season in which Betts has been “busting my ass” to improve and take whatever coaches and older players can give him. Daily “signal reviews,” in which Betts and other young receivers get a signal, have to call it out, and know the assignments of all the receivers. Repetition, repetition, repetition.

But he wasn’t nervous getting onto the field. A guy who caught 46 touchdowns in high school probably isn’t going to be.

Confidence. That’s a marker of youth, too. McCaffrey has as much of that as he does energy.

“As a confident player, you’re always a little cocky,” he said. “Probably a little too much so.”

McCaffrey said he’s not sure he ever doubted his ability to be NU’s starting quarterback, “even if looking back I probably wasn’t ready last year as I was this year. You always have the confidence and the belief that you can go out there and do well.”

On Friday's episode, Adam is joined by a special guest to make predictions for the Nebraska-Illinois game on Saturday.

The World-Herald's Sam McKewon makes his predictions for every Big Ten game this weekend, including a closer look at Indiana-Ohio State, which likely decides who plays in the conference championship.

A few odds and ends out of Thursday's press conference with Scott Frost, including his thoughts on the Illinois defense and high school state title games not being held in Memorial Stadium.

JoJo Domann has played every defensive snap for the Huskers this season, plus some work on special teams. "But I still don’t think any of us have seen the ceiling on JoJo Domann yet.”​

Scott Frost names 12 new Blackshirts, but 'they don't have them permanently'

Scott Frost revealed which players have received the coveted Blackshirt jerseys, but he issued a reminder that "if they don't live up to the standards of the Blackshirts, they won't keep them."

The Huskers are giving ball security a little extra attention this week against an Illinois defense that consistently finds ways to punch out footballs.

The Two-Minute Drill provides an in-depth breakdown on all the key matchups that will decide a winner in the Husker game. Today we look at what Illinois brings to the showdown with Nebraska.

Sam McKewon, Evan Bland and Tom Shatel discuss the Huskers' youth, how massive the rest of the season is for Luke McCaffrey and the future of the program, plus more.

Mad Chatter: College hoops could be wildest season of all; A Indiana-Northwestern Big Ten title?

Hey, remember when the Golden Window Classic was going to be the best regular-season tournament in college basketball?

Follow along as the Huskers look for a second straight victory. Kickoff is set for 11 a.m. on Fox Sports 1.

Shatel: Cheers to a Husker legend — Joyce Durand, star of the Sidetrack Lounge

This week Tom Shatel wrote a tribute to a Nebraska football legend, one who never called a play or scored a touchdown. We’re talking about Joyce Durand, leader of her Sidetrack Band. 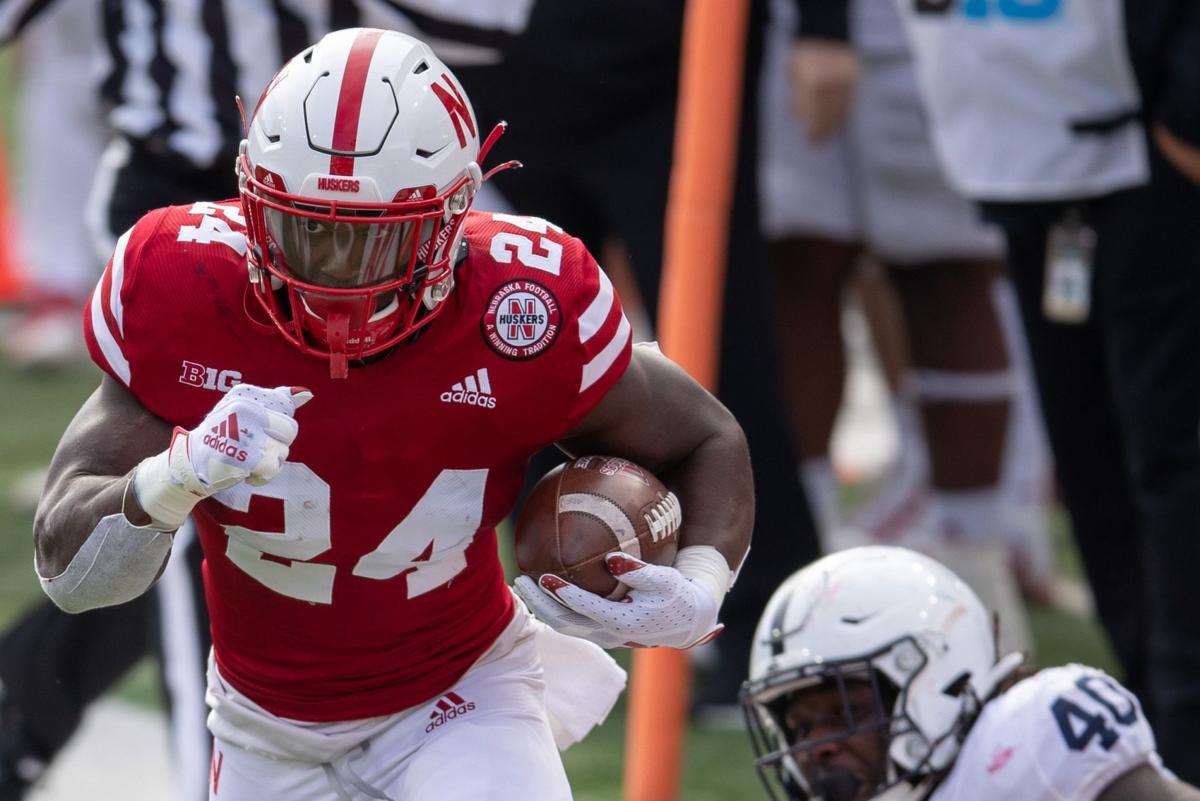 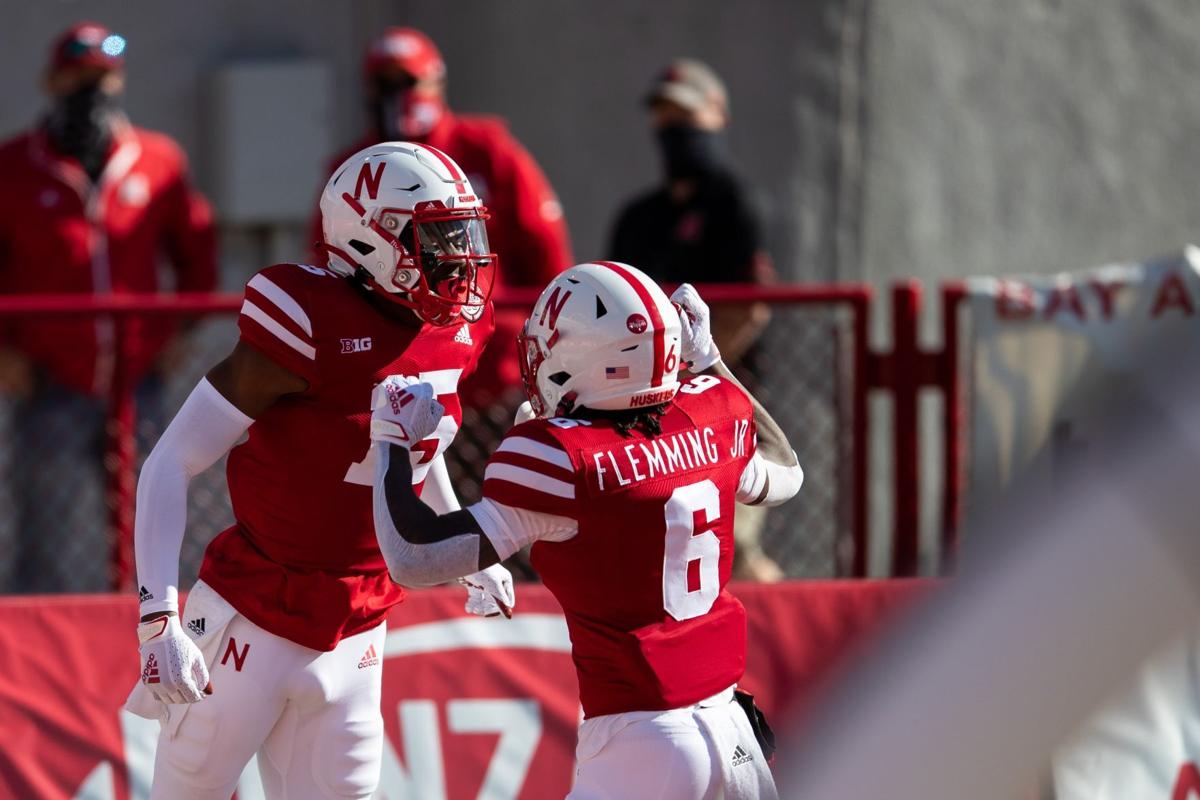 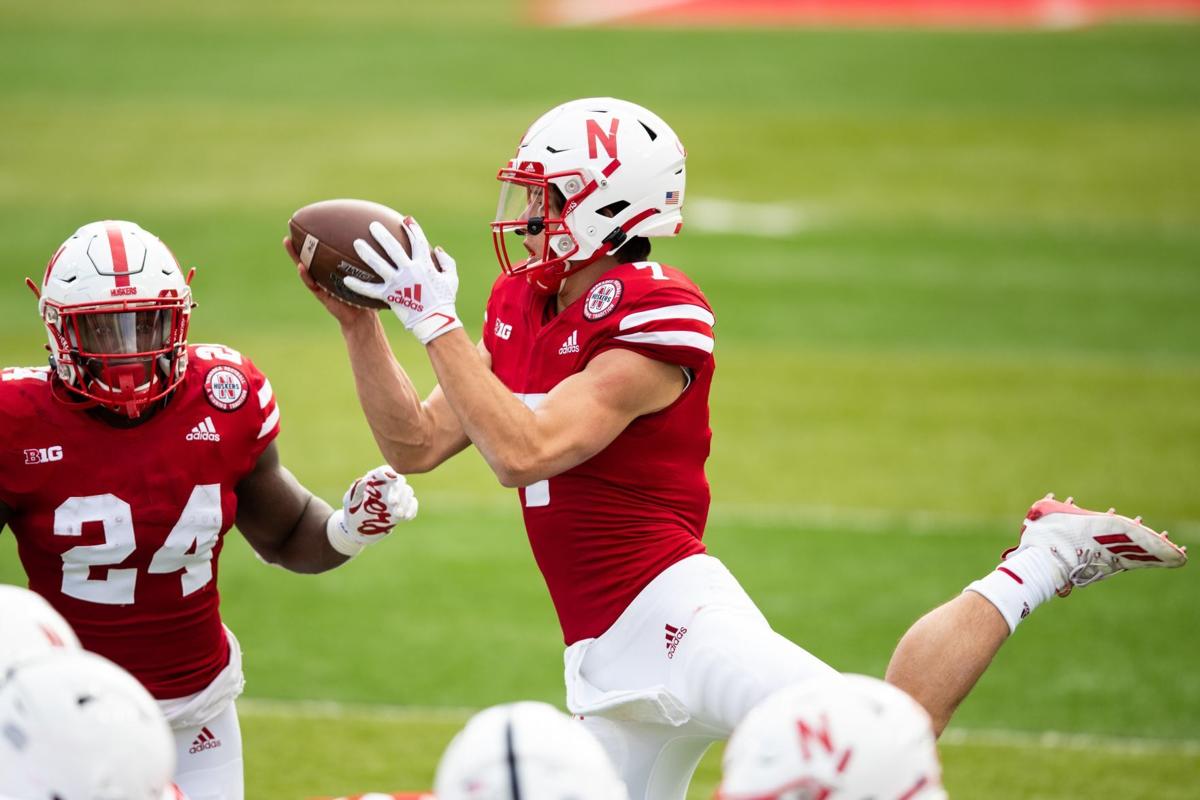 Nebraska's Luke McCaffrey stretches out for a snap during NU's game against Penn State. Several young Huskers played big roles in Nebraska's first win of the season. Now they aim to build off that success against Illinois.