McKewon: Husker baseball seems to have found the formula — and it's winning
0 comments
Share this
Sam McKewon

LINCOLN — The grinder had a grinder’s answer to a big question. This was 23 months ago, as Will Bolt was introduced as Nebraska’s baseball coach after the abrupt resignation of Darin Erstad, who pulled the program out of the highway ditch but never got it in the far left lane, so to speak.

“Winning,” Bolt said. “Whatever that’s got to look like. Honestly, whatever it takes. Just a bunch of guys who are fighters, they’re going to scrap. You’ve got to have talent, too. You have talent, and you have guys who play that way, you do win a lot of games. I’d say a bunch of guys who are tough, hard-nosed. They’re going to play the game where the fans can watch the game and say, ‘Those guys get after it.’ ”

The Huskers got after it. They’re Big Ten champs and punched their ticket to the NCAA Tournament.

Evan Bland’s excellent beat work all season took Husker fans on a journey through how Bolt’s boys did it. A few high points gleaned from Evan’s coverage over the last year:

Let’s stick there for a moment, because it stands it such contrast, at least over the last two seasons, to the mistake-prone Nebraska football and men’s basketball teams. The Husker baseball team limited self-inflicted wounds. True, not all errors are the same, just like some pass interference penalties are understandable. But in the “controllables” department, Bolt and NU scored an A. Most other Big Ten teams did not.

I’ll be frank: Based on the dozens of games I watched this spring — mostly on BTN or BTN+ — other league teams were a mess of defenses that failed some pretty good pitching. Indiana had allowed 30 unearned runs headed into Sunday. Michigan had allowed 36. They were the Big Ten favorites before the season.

Nebraska wasn’t even on the radar. Evan, to his credit, thought Bolt’s boys would finish in the top three; few others did. Now that they’ve seen what Bolt, certain to the Big Ten Coach of the Year, can do, they won’t make that mistake again.

Adrian Martinez wanted a big stage for his college football career. The fans, the excitement, all of it. The California kid embraced the passion of the Midwest.

“I wanted to go somewhere where the fans and the people were invested in football, and wanted to see it win, the Nebraska quarterback said in the debut episode of his “Athletes Unfiltered” podcast. “I’ve gotten that — and more. And the problem is, we just haven’t won enough. Can I blame them for that? I knew that piece of it — just not to what degree. When I got here it was almost like, what you don’t know is good for you. I was a little bit naïve, having fun with it my freshman year. There wasn’t a lot to think about.”

Martinez’s 2018 season remains the best and freest he’s looked, and during the podcast, a 30-minute episode on Spotify, Martinez alludes to some of his 2019 struggles, and the public criticism — much of it on social media — that comes from the starting quarterback job at Nebraska. The fourth-year QB also had a light-hearted “mean Tweets” bit near the end of the podcast that needs a little polish but should be a recurring part of the series. The entire 30 minutes is a good listen.

Martinez described himself as a podcast fan, but his willingness to host one still speaks to his comfort headed into year four at Nebraska. There isn’t any doubt about whose team it is — which is similar to 2019. Unlike that season, Martinez’s understanding of his own game — and when not to do too much — has grown. He also understands the fan base well.

“There’s an expectation here, and there’s a tradition, and it’s what you knew, and what you got recruited to come here for and what you love about the place,” Martinez said. “So there’s always two sides to things, and there’s two sides to this place, and you have to be willing to bear one if you’re going to embrace the other. And it’s going to make winning in this place coming back that much more sweet.”

In the new recruiting economy, pay closer attention to when Nebraska — in any sport — finishes second in the race for a top prospect. Second place may be first place if a student-athlete hits the transfer portal.

Will Nebraska basketball land all of the luminaries — including 2023 five-star studs Simeon Wilcher and Omaha Biliew — visiting in June? Perhaps not. But those visits — and the relationships that come from them — could be crucial conversation starters in two or three years come portal time.

From Moe, Australia, Shelley played in 55 games on stacked Oregon teams before choosing to leave after the 2021 season. One place she knew well: Nebraska. She visited the school several years ago and had two friends — fellow Australians Isabelle Bourne and Ruby Porter — on the team. Because COVID made impossible any official or unofficial visit for transfers, NU was one of the schools she knew best.

“We recruited Jaz incredibly hard the first time around,” coach Amy Williams said. “I did a home visit in Australia and sat down with her family. They came here for a visit. So Jaz and her parents had an incredible comfort level with our coaching staff, and we had an incredible comfort level with Jaz. We’ve seen her play quite a bit in person and on live streams, when we’d set our alarm at 4 a.m. to get up and watch a game.”

You’re likely to see Nebraska programs of all kinds keeping two recruiting boards – one for high school prospects and one for transfers. Husker men’s hoops, led by men who trailblazed building rosters with transfers, already has this process down cold; the speed with which Matt Abdelmassih can put together a transfer class is impressive. Nebraska football will likely keep spots open going forward for transfers and perhaps pursue fewer junior college players who have been hit and miss in the Frost era.

The head coaches of Nebraska athletics

We learned a lot about the Huskers this spring, so as we head into the summer, Sam McKewon tries to project what the depth chart looks like at every position.

Shatel: Will Bolt and Rob Childress have great joy and sorrow to share

The same day that the teacher was fired from Texas A&M after 16 successful seasons, the student won his first Big Ten championship. The emotions must have been running the gamut, Tom Shatel writes.

A strong closing stretch and outright Big Ten title have vaulted Nebraska back into the national spotlight.

The Huskers have at least two more weeks to make memories in 2021, including an NCAA regional. Before looking too far ahead, though, here are five key moments in Nebraska’s run to Big Ten glory.

Pat Logsdon, one of Nebraska's lead athletic department officials who was also the first female director of football operations in Division I, is retiring in August after more than 40 years with the Huskers.

On a new episode of the Carriker Chronicles, Adam turns his attention to the baseball diamond and discusses what it took for Nebraska to become the Big Ten champions.

Some Husker baseball seniors know this is their last weekend at Haymarket Park. Others are less certain about the future. But they all share a desire to keep playing until "the jersey is ripped off." 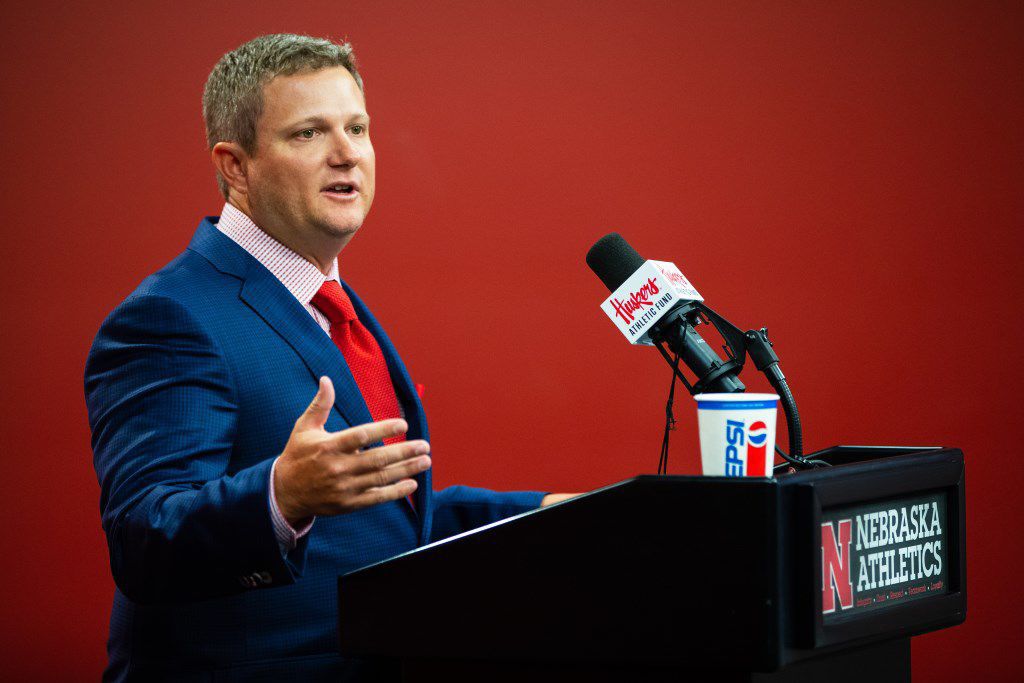 When Will Bolt was officially introduced in 2019 as the 24th head baseball coach in Husker history, he was asked what kind of baseball he'd play. “Winning,” Bolt said. “Whatever that’s got to look like. Honestly, whatever it takes. Just a bunch of guys who are fighters, they’re going to scrap. You’ve got to have talent, too.” 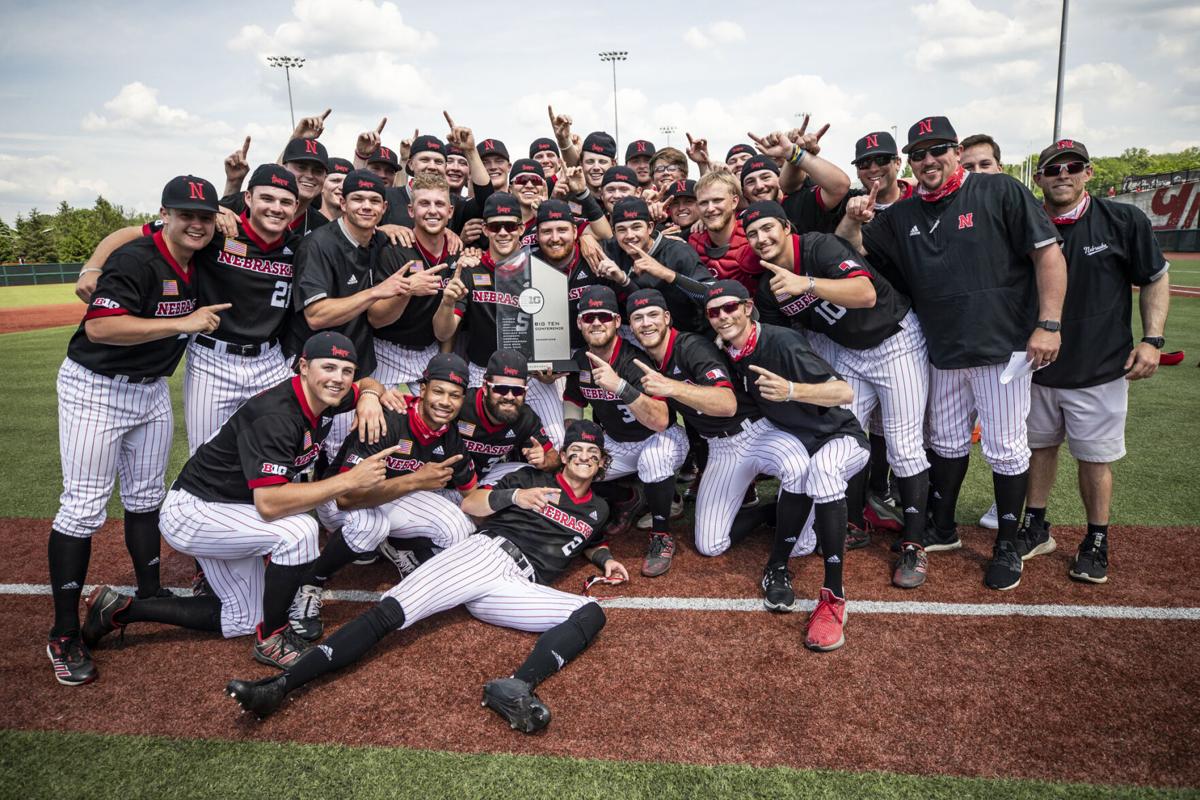 The Huskers are Ten champs and have punched their ticket to the NCAA Tournament.