LINCOLN — This just in: Hope is in quarantine.

After the fourth game of Scott Frost’s third season, I did not think I would be comparing a game to the worst Nebraska losses I’ve seen.

But here we are.

Illinois 41, Nebraska 23 is a stinker that will rank with the most rank of the lot, and that’s saying something.

This was an embarrassment in all phases of embarrassing football. And if it’s a shocker, it’s because Frost is on the sideline and after the Penn State game, it seemed the train was moving, albeit slowly, in the right direction.

Now the shots will come, from all directions, starting with the University of Illinois Twitter account thanking Nebraska for bringing back Big Ten football. Ouch.

The arrows will sting, and if you don’t like it, well, play better. Coach better.

The difference is now, some of the shots and arrows will come from inside Nebraska and the fan base.

They want to believe. But they’re tired. Everyone is tired of this.

Chatelain: Did we just witness the worst Husker football loss in nearly 60 years?

Frost was the native son who would rescue the program from days like this, make them all go away forever.

But on Black Saturday, there was Frost, pacing with head down, as an unbelievable scene unfolded around him.

Husker fans can debate their belief in Frost today, but believe this:

Nebraska is at the bottom of the Big Ten West and thank goodness for Penn State.

Lovie Smith, 17-37 in his fifth year at Illinois and said to be on the extreme hot seat, outcoached Frost and his staff in every area.

Kind of like the worst fake punt that ever worked, in the third quarter.

And that’s really the story of the day. If Frost didn’t see it coming, what kind of handle does he have on this?

It’s not talent. Or culture. Even Frost said there’s “plenty of talent” at NU to be in every game. Or to not get run out of the yard by Illinois.

There are holes, of course. Where are the receivers? Can’t Zavier Betts get more than one touch? Where is Omar Manning? Is there no running back behind Dedrick Mills that they trust?

What happened Saturday was bigger than all that.

Where was the defense that stood so tall against Penn State?

The offensive- and defensive-line play?

Where was the attitude? The swagger? The coaching?

That was one whale of a step back that Frost didn’t see coming. He wasn’t alone there.

But that brings up an undeniable byproduct of this stinker.

This is going to shake the belief that some Nebraska fans have in Frost.

That’s fair. It will be an eye-opener. A slap of reality.

There has been progress but all of a sudden this one dials it back. And in Year 3, in some ways, you’re at Square 1.

Which way will it go?

The doubters will come now and some will write off Frost. But that’s as ill-advised as saying the coach had a magic wand.

The answer is somewhere in the middle, a story that will play out. A coach is never as good as his best game or as bad as his worst. His story is told week after week, by the adjustments he makes and lessons he learns.

This is still a shortened season with a young quarterback and lots of young players making mistakes with time to clean them up and figure it all out.

But when you see the same old gaffes — poor snaps, penalties, drops, missed tackles or assignments — over and over, you look at coaching.

When you hear Frost say he would die to play one more game in Memorial Stadium, you wonder how he can instill that attitude into an entire team. That’s, obviously, still a challenge.

When there are two talented quarterbacks and the position still struggles in Year 3, you look at the coaching.

Luke McCaffrey is young and full of energy and possibilities. But if he’s running 26 times a game because he sometimes can’t see open receivers, that’s why the quarterback coach was hired. And the quarterback head coach.

There’s still plenty of time for progress this year. But progress comes from knowing what you want to be or do. That’s not always evident with Nebraska’s offense.

The road to progress goes through Iowa City this week. Yikes.

Then it’s Purdue and Minnesota and the mystery crossover game. Can Frost right the ship? Yes. But barring a complete reversal, this Illinois stinker will be hard to shake when folks look back on this season.

How will the players view this? Good question.

Illinois was supposed to be the sure thing. But now nothing is certain. Except that Frost will be met with more critical eyes in his home state. And they’ll be watching how he evaluates his staff going forward.

Just where you thought they’d be on Thanksgiving in Year 3, right?

The Huskers will be without starter Dedrick Mills and another running back today against the Illini.

Huskers give up five turnovers in 41-23 loss to Illinois

The Huskers were supposed to be big favorites against Illinois but instead suffered a lopsided defeat to fall to 1-3 on the season.

After each game this season, Sam McKewon will hand out his Husker Report Card, assessing Nebraska's performance in several areas. Here are the grades coming out of the Illinois game.

If Lovie Smith were to rank his wins since taking over Illinois, Saturday's victory over Nebraska "would have to be right up there for sure."

Hidden Yards Tracker: Huskers unable to recover from 5 turnovers — and 20 points from them

Five turnovers and 20 points from those turnovers was too much for the Huskers to overcome and ultimately led to the loss to Illinois.

On Saturday's episode, Adam shares his gut reaction to the Huskers' home loss to Illinois.

Husker offense continues to be held back by 'consistency of execution,' Frost says

Scott Frost said after Nebraska's loss that the “consistency of execution” continues to hold back Luke McCaffrey and the Husker offense.

Livingston: New book lets you take a look back at Nebraska's most important games

The World-Herald's “Husker History: The 25 Most Important Games” let's you take a look back an Nebraska's most important games — and they aren't all football.

Reaction from players in and around the Nebraska program trickled in on Twitter. None were pleased with the loss to Illinois.

If the Rewind told you the Huskers could hang in there against Iowa, would you believe it? Well, they can. But NU’s coaches better have the kind of week they should have had last week. Nothing’s easy in the Big Ten.

BTN will broadcast Nebraska-Purdue, but kickoff time is TBD

Monday we learned the TV network for Nebraska's game against Purdue on Dec. 5, but the kickoff time won't be released until the end of this week.

Tom Shatel reached out to readers to get a sense of how the Nebraska fan base is feeling right now, and they just want to know ... What is wrong with Scott Frost's football team?

This is still a shortened season with a young quarterback, and lots of young players, making mistakes and time to clean them up and figure it all out. But when you see the same old gaffes over and over, you look at the coaching, writes Tom Shatel. 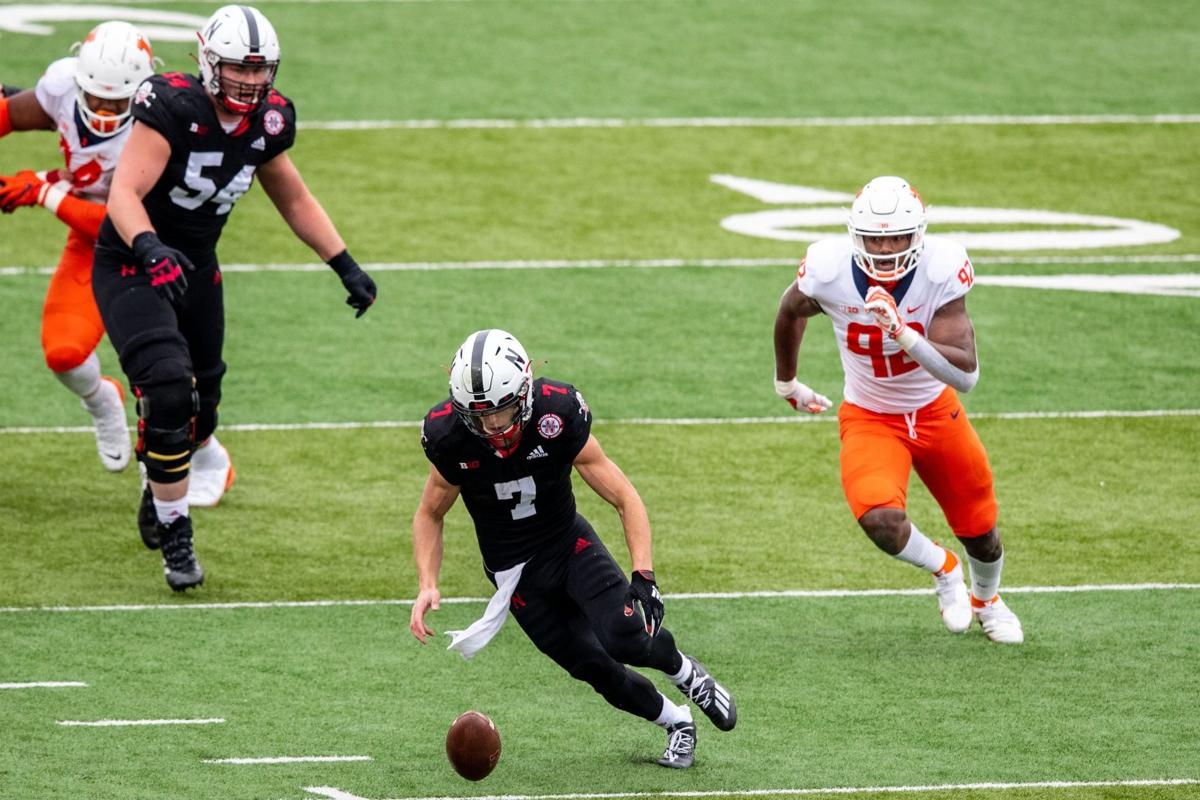 Nebraska's Luke McCaffrey chases down a snap that went over his head in the first quarter against Illinois. He would throw an interception on the play. 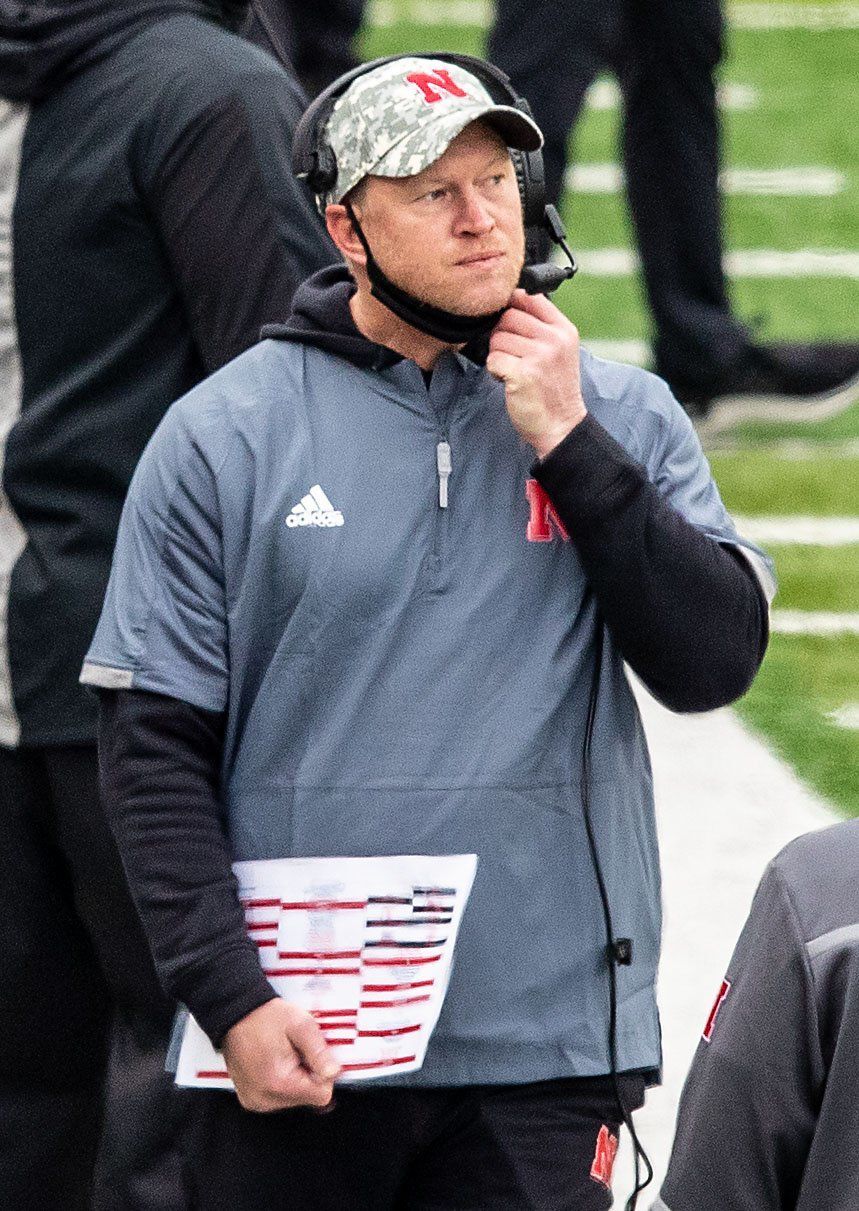 Nebraska coach Scott Frost shows his frustration late in the game against Illinois.