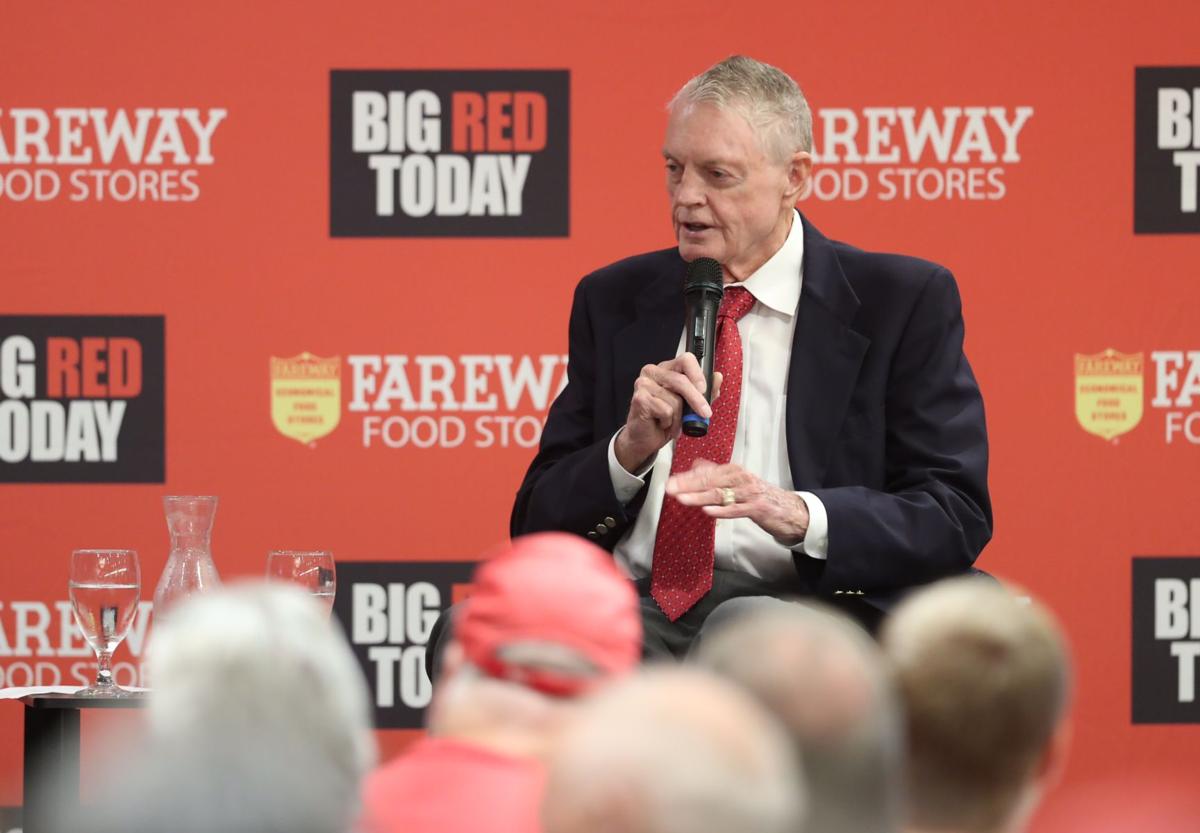 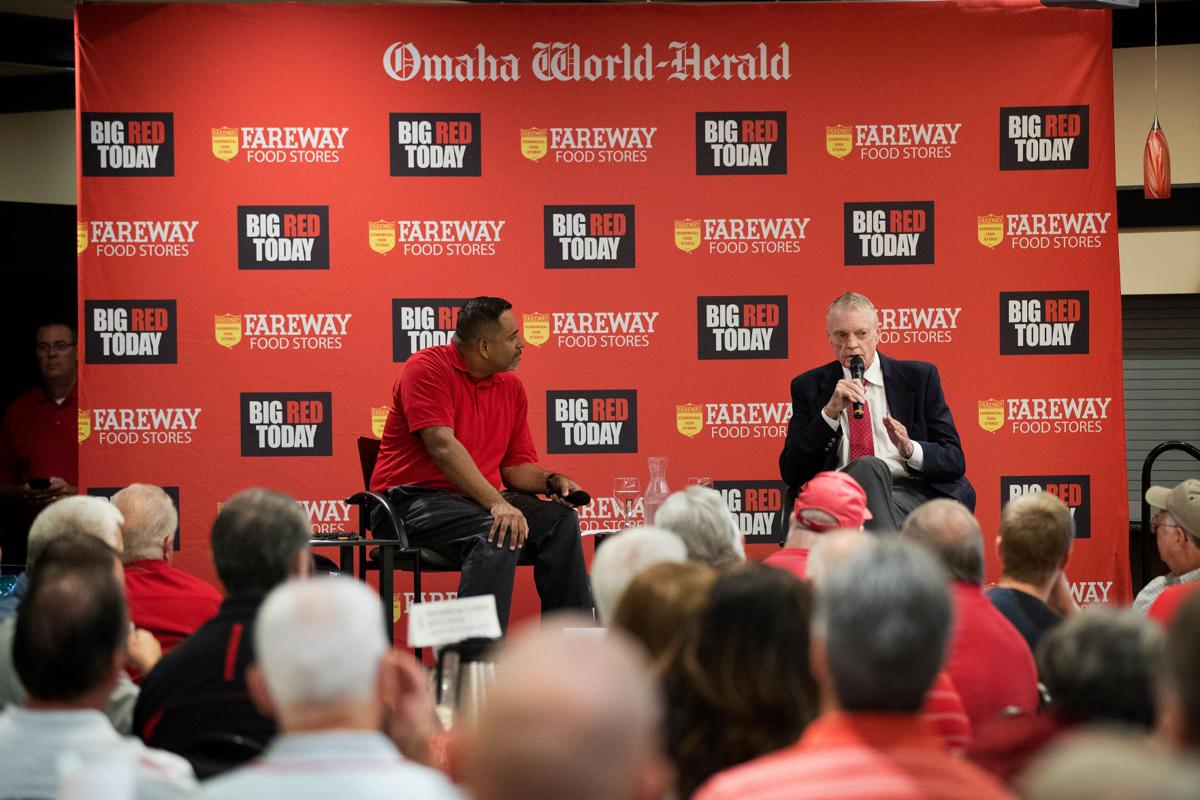 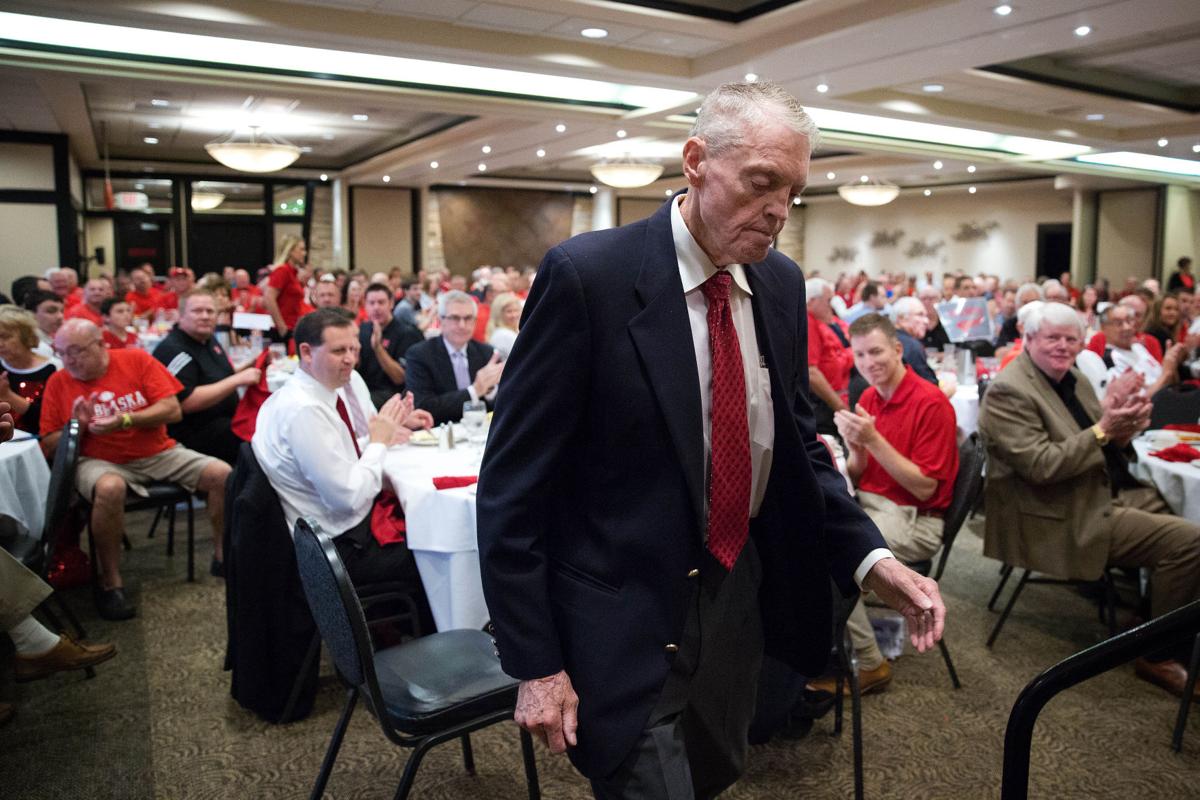 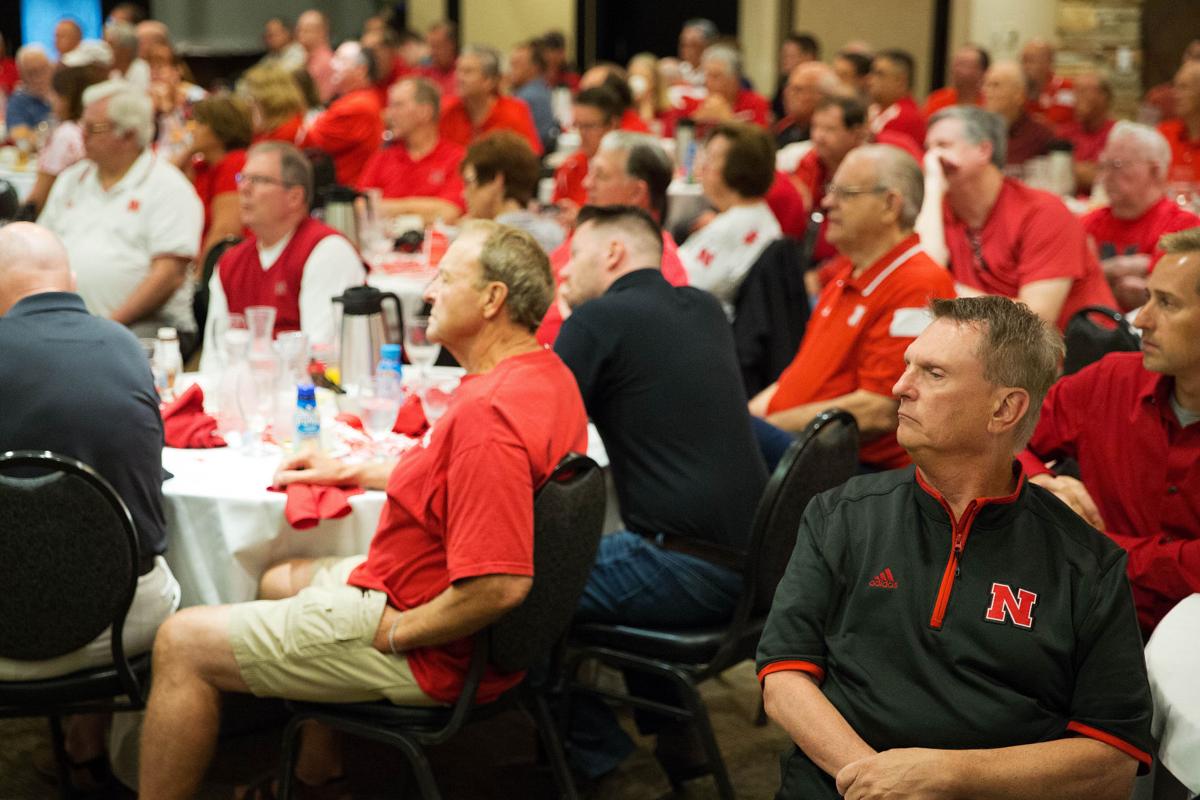 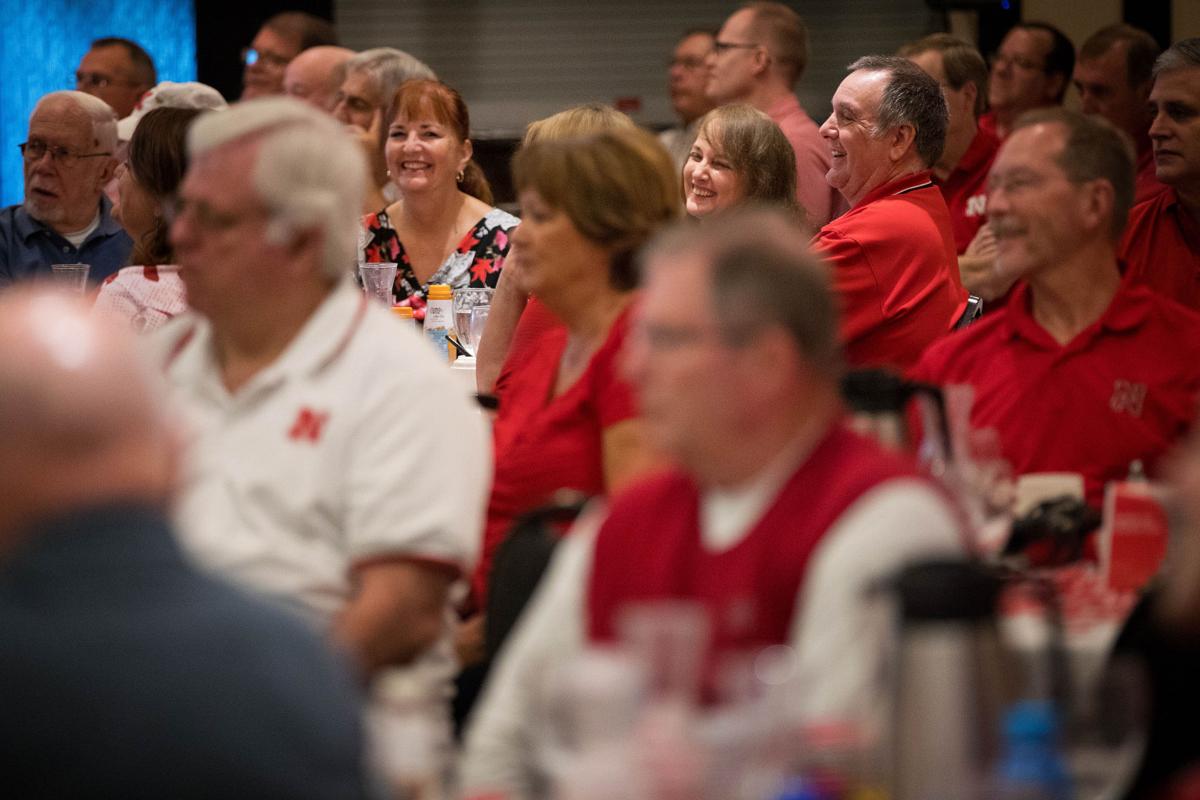 But the ultimate demise of Pelini as NU coach, Osborne said Thursday, showed the tricky part of being an athletic director and looking outside of your own programs for coaching hires.

“I took a chance on Bo Pelini,” Osborne said. “Bo won a lot of games, but I didn’t really know probably enough about his character, and some of those things jumped up and bit him and bit the program.”

Osborne had just replaced Steve Pederson in October 2007 and was watching fans leave home games early as Husker defensive woes mounted. Nebraska would have a senior quarterback returning in 2008, and Osborne thought Shawn Watson was doing well as offensive coordinator, so Osborne saw Pelini and his defensive acumen as the answer after Bill Callahan was let go.

Pelini won 66 games over seven seasons, and Osborne told a Big Red Today breakfast crowd Thursday at Anthony’s Steakhouse that many positive things ran counter to his sideline behavior and blow-ups with the news media.

Osborne said his players seemed to like playing for him. Pelini knew football and ran a clean program. The academic standing of his players was sound.

“There were a lot of good things about him, but he didn’t relate well to the press, and in many cases did not relate well to the fans,” Osborne said. “And so those were the things that were not as good. So, end result, I think that it didn’t work out as well as I had hoped.

“So these things are the things that always make hirings hard.”

Osborne was comparing the jobs of football coach and athletic director when discussing hirings. Going outside and hiring unknown quantities, he said, can sometimes be like “throwing darts.”

That’s why Osborne still stands behind Frank Solich being his replacement in 1998. Solich went 58-19 over the next six seasons, and coached the Huskers’ last conference champions in 1999 before NU played for a national title in 2001.

Osborne also had been promoted from within, picked to replace Bob Devaney after the 1972 season.

“If you have somebody that you really know well, and you feel you have stability, that’s probably the ideal situation,” Osborne said. “And so I guess I still think that Frank Solich in the long run would have done very well, and did do pretty well if you looked at his record and his demeanor and how he behaved.

“Most people would say, ‘Well, we probably would take that again.’ ”

Osborne served as NU athletic director through 2012. He called coaching “a lot more intense, but also a lot more enjoyable, because I enjoyed my relationships with players.”

He said you become more of a spectator as A.D., supporting your coaches after trying to get them what they need.

“And then they’ve got to go do it,” Osborne said. “And you can’t interject. You can’t micromanage.

“A lot of you guys run your own businesses and you know how it is. You set a tone, you create a culture, but you can’t stand over somebody’s shoulder day after day after day and tell them how to do their job.”

Some other Osborne comments from his hour with a crowd of about 225:

» Osborne said the competition between Tommie Frazier and Brook Berringer was so close during fall camp in 1995 that one Berringer interception in a scrimmage might have been the difference in determining the starting quarterback. But, Osborne said, “I really, truly believe that it wouldn’t have made any difference which one played that year” as Nebraska rolled to a 12-0 finish.

» Osborne still admires the way the late Berringer handled his role that season. “He could have led a revolt, very easily. And there would have been a lot of guys who would have followed him. And he could have split that team wide open.”

» Nebraska won its first of three national championships under Osborne in 1994. The 17-6 win at Kansas State might have been most symbolic, with walk-on Matt Turman starting at quarterback, Lawrence Phillips carrying 31 times and the defense holding the Wildcats to 242 total yards.

“That was the thing about that team in ’94 — it wasn’t the most talented team that I had coached, but they had the most resolve of any team that I ever was around.”

» Osborne said the identity of the Husker program was always most important, “and that was being physical.”

“We felt that was one thing we could always do. We couldn’t always be the most talented team, but we could be the most physical team. So what we sold our players on was the idea that we were going to play the first three quarters in such a way that in the fourth quarter, we would be the dominant team.”

Home-field advantage has plummeted across the sport's major conferences, especially in the Big Ten. What’s turning it upside down?

Keith Williams returns from suspension with — what else? — a tweet. But it's worth reading.

Nebraska wideouts coach Keith Williams returned Thursday morning from a suspension-without-pay levied for his drunken-driving arrest in mid-August. Williams can't coach during the first four games, either, but he can work with his players in practice.

Recruiting: A Cass Tech duo just as dominant as the Calabasas crew

Cass Tech turns out really good prospects for the Big Ten. This weekend, two of them will be on the sidelines in Lincoln.

Nebraska's Dylan Utter thrilled to be in center of everything

Dylan Utter has technically been a center for most of his Nebraska career. The role was just fastened to contingency plans. If so-and-so got hurt. Or if his primary position got too crowded. Or if some crazy in-game scenario unfolded.

Shatel: Learning the land and appreciating the journey with help from Tom Osborne

Recruiting: Add another five-star to the list, Donovan Peoples-Jones visiting Nebraska this weekend

Five-star wide receiver Donovan Peoples-Jones tweeted Wednesday that he'll be taking an official visit to Nebraska this weekend for the season opener against Fresno State.

Sweep Write: Tom Shatel looks back on his most memorable season openers

The greatest sport on earth begins this weekend, which makes this the greatest time of year.

Nebraska football has largely finished up its preparations for Saturday night's Fresno State game. Here are the quick hits:

A generation of Husker fans — born in the ’90s — have no memory of Nebraska’s dominance. Sure, they’ve had their moments of euphoria. Alex Henery’s 57-yard field goal. T-Magic at Kansas State. Kellogg to Westerkamp. The Michigan State comeback last fall. But those highlights were fleeting, always offset by a dose of misery.

Game predictions: Nebraska the consensus pick to beat Fresno State, but by how much?

A roundup of national predictions and others by The World-Herald staff and "The Bottom Line" celebrity pickers.

Tom's Take: A tip for Danny Langsdorf — run the bootleg with Tommy Armstrong

Hey, I'm sure you never get ideas for plays or anything, not that you would listen. But since you're going to be in the press box from now on, I had this thing that I might drop off in your booth.

Huskers, Mike Riley know the playbook to a better second season: Now it’s time for NU to check off the boxes

Nebraska entered the day about a four-touchdown favorite in the 7 p.m. kickoff on the Big Ten Network, so, if preseason practice and game week preparation went as planned, Nebraska should be able to handle the Bulldogs by checking off all the boxes.

Shatel: On Huskers’ opening day, a message from father to son — enjoy it

The first Saturday of the college football season means different things for Nebraska boys and girls of all ages. But there’s another world going on today, another opening day game, another matter of urgency down on the field. It comes in a message from Tom Banderas to his son, Josh, the senior linebacker and captain.