Nebraska volleyball coach John Cook says there are plans to honor Jordan Larson at a Husker match the weekend of Oct. 1, when Larson is back to be inducted into the Nebraska Athletics Hall of Fame.

You know me, Mr. Busy Body. I asked Cook what he thought about creating a permanent honor or tribute in the Devaney Center for Larson.

“That’s a great question,” Cook said. “I hadn’t thought about that, but you just planted a great seed.”

As Cook said, Larson’s retired jersey is on a wall in the arena. But wouldn’t something bigger be appropriate for someone called the greatest player in the history of USA Volleyball?

“Karch Kiraly (USA coach) has been with USA Volleyball since the ’80s, won four gold medals, one as a coach,” Cook said. “He says she’s the greatest ever in the history of USA Volleyball. And I would agree with that.”

Seems like a good time to do something big for Larson. I could see the wheels spinning inside Cook’s head. I’m here to help.

It didn’t take long for Lexi Rodriguez to make a big impression for Nebraska volleyball. The freshman libero was the Huskers’ defensive anchor and was honored Monday by the Big Ten.

Nebraska didn't have any dominant individual efforts but instead relied on its collective talent to overwhelm Colgate on Friday night at the Devaney Center.

Nicklin Hames set to play this weekend for Nebraska volleyball

Setter Nicklin Hames is set to play this weekend for Nebraska volleyball after missing the opening weekend with an ankle injury, while Lauren Stivrins took her first swings in practice.

Nebraska volleyball found its groove late against Georgia as the Huskers earned a four-set win at the Ameritas Classic.

No. 4 Nebraska volleyball put together its most complete effort of the young season to sweep Arizona State to close out the Ameritas Players Challenge. 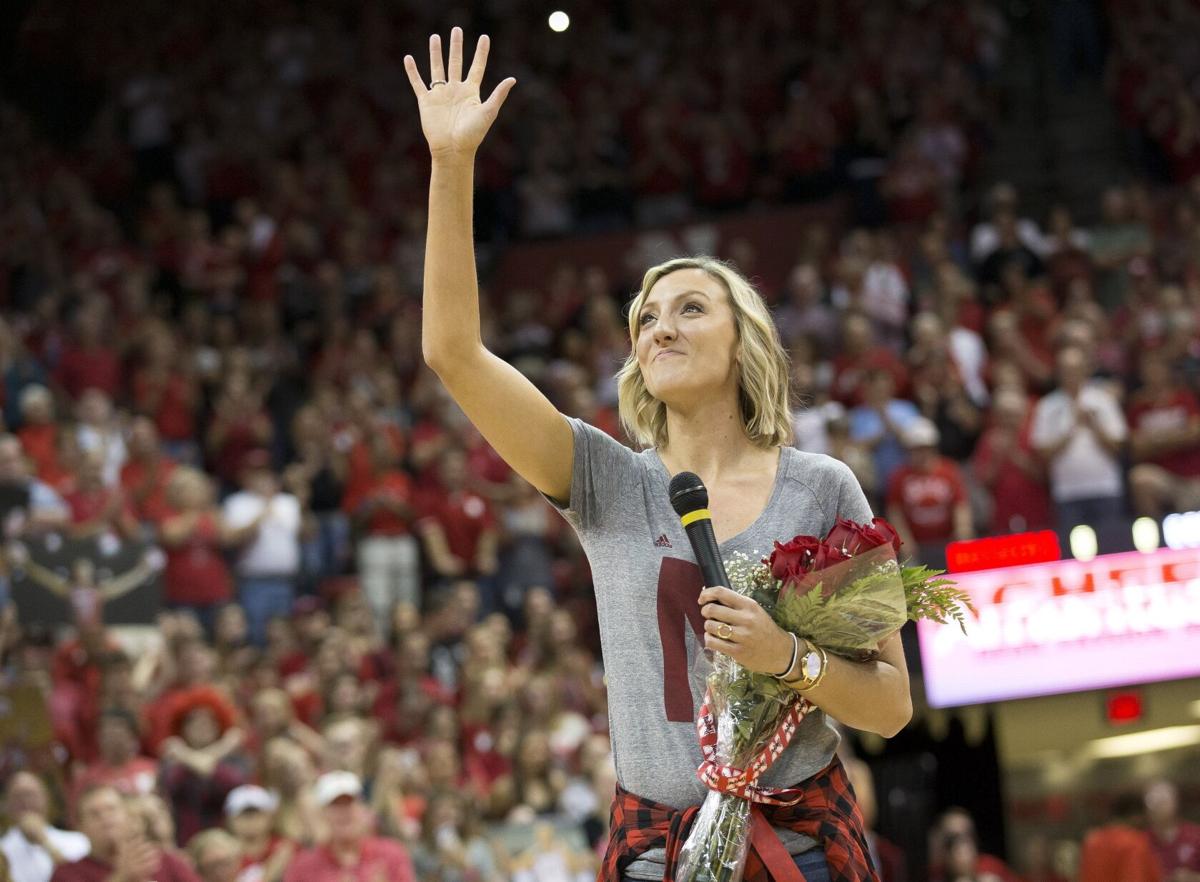 You know me, Mr. Busy Body, writes Tom Shatel. I asked coach John Cook what he thought about creating a permanent honor or tribute in the Devaney Center for Larson. “That’s a great question,” Cook said. “I hadn’t thought about that but you just planted a great seed.”

Jordan Larson hits the ball during the women's volleyball semifinal match between Serbia and the United States at the 2021 Summer Olympics.