With defeat on her face, Allison Weidner begged her parents to make her two older brothers take it easy on her. Brandon, four years her elder, and Nathan, two years older, never showed mercy on the basketball court.

“My response to her usually was, ‘Well, you can sit in the house with me and Mom, or you can go back down and play,’” said their father, Dan Weidner. “And most of the time, almost every time I should say, eventually she went back down and kept playing.

"She's a competitor, very competitive, hates to lose, and she does whatever she can to hold her own.”

Even at a young age, Allison had a competitive spirit that has continues to burn. It helped fuel her career at Humphrey St. Francis. Her senior year, she averaged 25 points as the Flyers went undefeated to win the Class D-2 basketball title. In track, she won the Class D 400 and 800 for the third time.

It was cultivated by battling her brothers in the shop of her family’s farm seven miles outside of Humphrey and by her parents, who instilled accountability within their children.

“When I would come up crying from playing with my brothers, they didn't baby me or show me any sympathy,” Allison said. “They said, ‘If you want to compete with the boys, you got to be able to handle yourself.’ I’m extremely grateful for that.”

Now, The World-Herald’s All-Nebraska co-captain has the opportunity to add her name to a list of small-town women's hoops stars who have gone on to historic careers as Huskers.

Growing up in Humphrey — a town of about 800 people between Norfolk and Columbus in Platte County — Weidner stuck out among other girls her age. Her ball-handling skills, athleticism, speed and shooting were advanced for elementary school. It helped that her mother was her coach.

It also helped that Allison was always around sports, playing or competing against her brothers. She excelled in, well, just about everything.

She is a five-time state track and field champion with a personal record of 13.24 in the 100 meters. She helped lead the Flyers to state volleyball titles three times while earning D-2 first-team honors in 2020.

“I think playing different sports works different muscles in your body, and understanding other sports really helps your IQ, so it really helps my basketball IQ in general,” Weidner said.

Basketball turned out to be her greatest passion.

“My parents told me I started dribbling a basketball when I was around 2 years old,” she said. “So I think I fell in love with basketball pretty quickly because there are so many ways to contribute, whether it's scoring, assisting, rebounding. You don't have to be the main scorer to be contributing on the court all the time, and I think that's why I like basketball so much.”

Starring on a D-2 team in the middle of Nebraska meant Weidner didn’t receive national attention or big-time recruiting interest — at first.

Her confidence and dreams of a future in basketball took a hit.

“I doubted myself in junior high because I saw people getting attention like big-time, well-known people, top players in the nation getting attention,” Weidner said. “And then I doubted, ‘I'm from a small town, I'm from Nebraska and I don't really know if it would happen.’”

She persisted. Being competitive and all.

After watching film of Weidner’s sophomore season, Nebraska Attack, an AAU club based in Omaha, offered her a spot on its top 16-and-under team. The Weidner family knew Allison needed more exposure and fine-tuning to catch the eye of college coaches.

She caught on quickly.

“Her athleticism, her playmaking ability, she can jump, she sees the floor really, really well,” Nebraska Attack coach Zach Isherwood said. “She's an exceptional passer. And she's kind of a pleaser; she wants to get everything right. And she is very, very competitive. And she hates to lose and she craves coaching.”

The Weidners drove an hour and 45 minutes one way to Omaha for practice at least twice a week. They also made financial sacrifices for the travel, too. But the cold-meat sandwiches and homework done in the car paid off.

“Allison said she wanted to play college basketball,” Dan said. “So we took the view that if that's something she wants to do, it's her dream, it was our duty to provide a way for her to reach that dream or that goal.”

As Weidner traveled with Nebraska Attack to tournaments around the country, the attention was immediate. After her first tournament, she received calls from 20 colleges.

Things started to make sense. She was playing against some of the best players in the country and holding her own. This is where she was supposed to be, and her confidence returned.

“I think she was pretty unsure of herself in her abilities when she first came,” Isherwood said. “And as she had success against the best players in our gym, in the state, then in the region, then in the country, her confidence grew to the level it needed to be, and also her leadership ability.”

Weidner dreamed of returning to the state championship and claiming a trophy since losing in the final to Falls City Sacred Heart her freshman year. St. Francis made the state tournament all four of Weidner’s years and the championship game twice. The Flyers and Weidner finally got that title, defeating Sacred Heart 57-48 in the 2021 title game.

“Come my senior year, you could just tell that everyone wanted to (win) just by the attitude in the weight room and just every day coming into practice,” Weidner said.

Weidner’s athleticism and knowledge forced Flyer coach Bryan Reichmuth to spend extra time to help polish the diamond and craft a team that could allow Weidner to take it to the top. Assistant Gary Bender spent his early mornings with Weidner working on her smooth left-handed shot. The coaches watched film with Weidner, sometimes in the family's living room, and discussed opponents.

At state her senior year, Weidner scored 19, 31 and 21 points. She nearly had a triple-double (19 points, nine rebounds, nine assists) against Sterling in the first round.

Though she was among the top recruits in the country, ranked No. 80 by ESPN, her high school experience was different from many others heading for Power Five conferences.

Weidner graduated with 15 in her class. There were about 60 in her entire high school. She grew up with most of her teammates — that's one way to form a tight-knit group.

Coming from a small town means Weidner has a group of people who have supported her all her life, through all three of her sports and anything else.

“It's been really great, this constant support from everyone,” she said, “and I think it's kind of special because I know everyone, everyone knows me.”

Nebraska coach Amy Williams traveled to Humphrey to watch Weidner play as a freshman. The coach was impressed even then.

“I saw very early when I watched how comfortable she was on the floor,” Williams said, “how athletic, how she had just such a great feel for the open court and how to navigate up and down the floor on fast-break situations. And she could score in a lot of different ways.”

Along with her athletic abilities, Weidner’s personality and work ethic “sold” Williams and her staff.

“I felt a connection between me and the coaches, and I can tell that they really wanted me,” Weidner said. “The coaching staff was just great. They always say, there's no place like Nebraska, and Nebraska just felt different from every other college that I visited. So I just knew they were the one.”

And the Husker women's basketball team has had several small-town Nebraskans succeed. Having a local player on the team is something an entire community takes pride in.

Nicole Kubik, from Cambridge, played point guard for the Huskers from 1996-2000. She was a WNBA first-round draft pick by the L.A. Sparks in 2000 after first-team All-Big 12 honors in 1999-2000 and two second-team All-America selections.

Her high school was bigger, but was still an outpost when it comes to big-time college athletics. Hooper, the Big Ten Player of the Year her senior season, was the 13th overall pick by the Tulsa Shock in the second round of the 2014 WNBA draft.

“There's something special when you have grown up in the state and you understand what wearing Nebraska across your chest (means) and representing this program means,” Williams said. “I think that there's a culture across the entire state of Nebraska that has a pride in the Huskers.”

As a kid who grew up on a farm that grows corn, soybeans and custom feeds hogs, Weidner is as Nebraskan as they come. She dreamed of being a Husker and making her town, her parents and, most importantly, herself proud.

“For Allison, it's a lifelong goal for her to be a Husker and to win as a Husker, and she's going to do all the little things necessary to make that happen.”

A one-out single down the first base line by Ava Rongisch Saturday gave the Nebraska Gold Under-18 team a win in the championship game of the Premier Girls Fastpitch national softball tournament.

Two former Omaha Westside baseball players recently played in the same MLB game, and their legendary coach, Bob Greco, was there to see it.

Pospisil: OPS fall sports teams happy to be back as practices start statewide

McKewon: Why Nebraska women's basketball should have 20-win season

With the Nebraska women's basketball team coach Amy Williams has on the floor, it looks like a 20-win schedule. It probably needs to be, too, writes Sam McKewon. 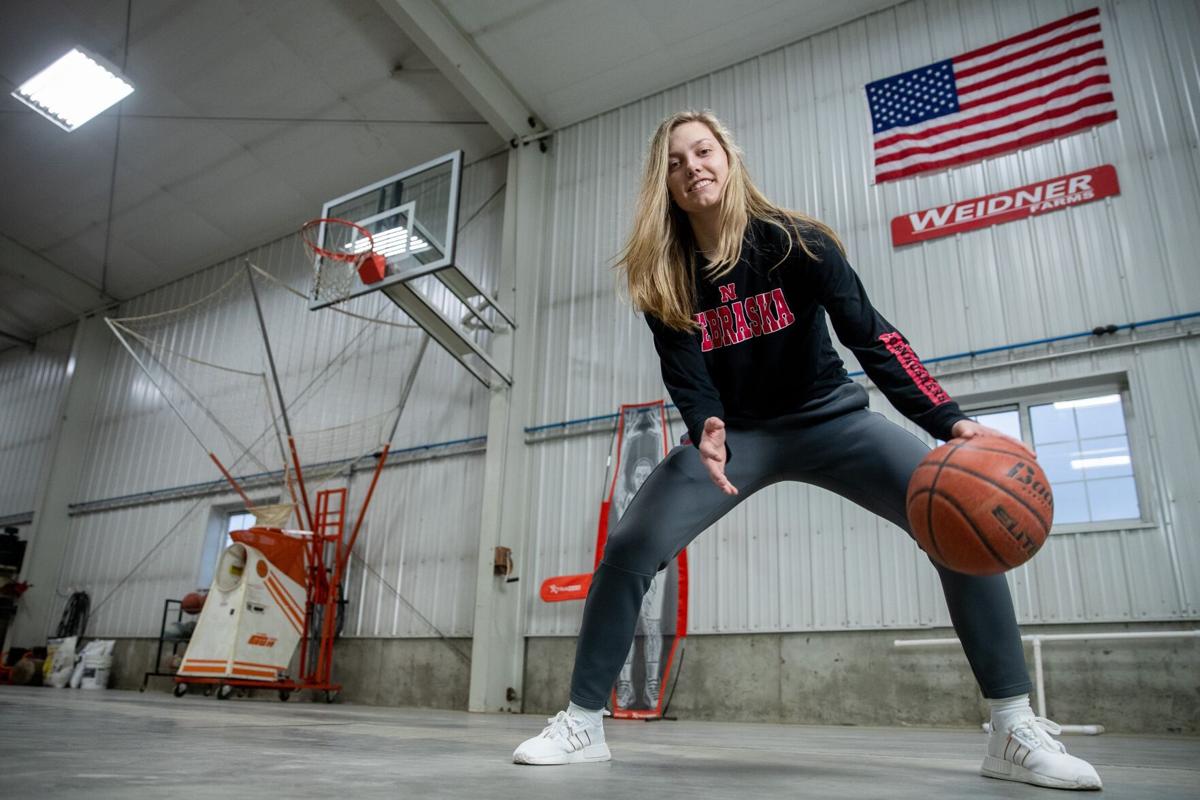 Allison Weidner grew up on a farm in small-town Nebraska, dreaming of an opportunity to play basketball at Nebraska. She'll soon turn those dreams into reality. 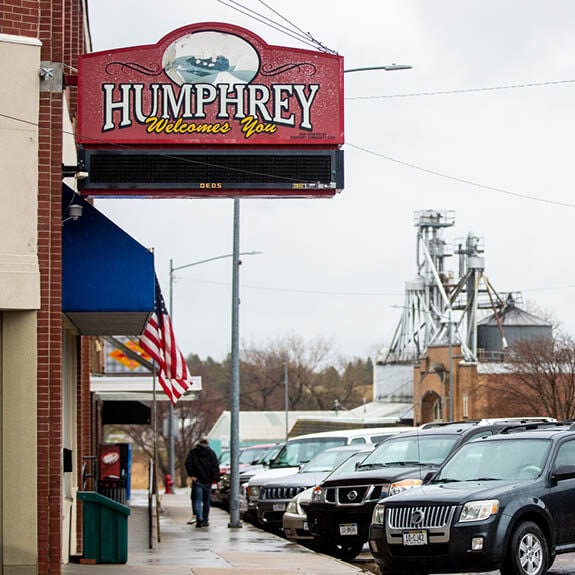 Allison Weidner's hometown of Humphrey has a population of less than 1,000. 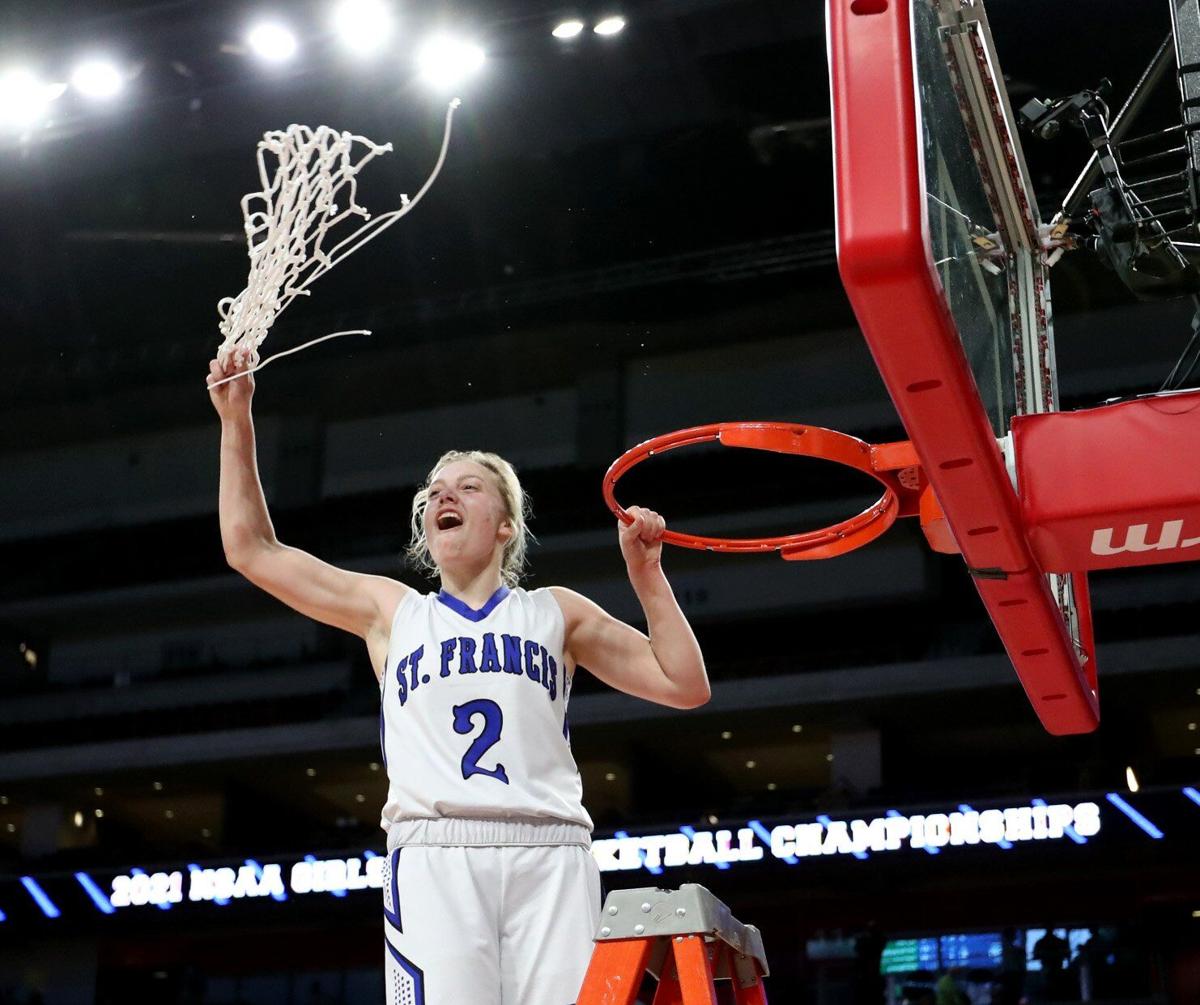 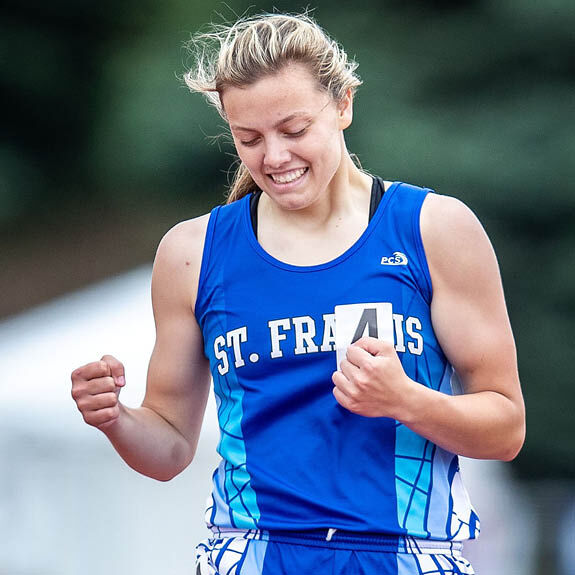 Allison Weidner is also a state champion in track.