LINCOLN — Nebraska women’s basketball center Kate Cain knew she had to “step up” with forward Isabelle Bourne unavailable because of an ankle injury.

Cain and fellow team captain guard Sam Haiby stepped up and led the Huskers to a 63-55 victory over previously undefeated No. 15 Ohio State.

“A triple-double is such a special thing. You don’t see it happen very often” Nebraska coach Amy Williams said. “To have two players in the same ballgame to put up a (near) triple-double is really special.”

The Huskers' defense also continues to shock and frustrate their opponents’ coaches.

The Buckeyes ended the first half with a 4-minute, 47-second scoring drought before guard Braxtin Miller hit a buzzer-beater to send her team into the locker room down 30-21.

Ohio State went 9 of 37 on field-goal attempts and 1 of 13 on 3-pointers in the first half. Guard Madison Greene, who averages 14.3 points per game, didn’t score in the first half and finished the game with 11 points.

Nebraska earned its largest lead of the half thanks to guard Ruby Porter making a 3-pointer with 1:10 remaining in the half to boost her team to a 30-19 lead.

Cain headed into halftime with a team high of 11 points, while Brown had eight. Haiby had just four points in 19 minutes.

The Huskers kept a comfortable lead until forward Dorka Juhasz sank a 3-pointer with 2:05 left in the game to shrink Nebraska’s lead to 57-51. A Greene 3-pointer with 1:24 remaining closed the gap to 57-54.

Haiby responded with an aggressive drive, splitting Buckeye defenders, completing a layup and drawing a foul. She widened Nebraska’s lead to 60-54 with 0:44 remaining after hitting her free throw.

“That was an ice-in-her-veins kind of moment,” Williams said.

The 5-foot-9 guard is no stranger to these types of moments. Against then-No.15 Northwestern on Dec. 31, Haiby forced her way to the basket for a buzzer-beating, game-winning shot to send the Huskers home with a 65-63 victory.

Ohio State struggled to make shots fall, finishing 22 of 81 on field-goal attempts and 5 of 27 from 3-point range.

This was the Huskers’ fifth consecutive game holding their opponent to fewer than 65 points. Before the matchup, Ohio State averaged 89.9 points per game and hadn’t scored fewer than 78 points.

“I think we’re genuinely playing for each other and just working hard day in, day out, even if we do have limited bodies — and we’ve had plenty of situations like that this season," Cain said. "We fall back on our training and our practices to be confident in our abilities. We’re good to adapt. We like to win. What can I say?”

“This performance was the picture of how we would like our team to look,” Williams said.

With injuries and COVID, Husker women aim to handle the curveballs against No. 15 Ohio State

While the Husker women are facing another talented, ranked Big Ten team, their greatest challenge could be overcoming the loss of captain Issie Bourne.

A 9-0 run midway through the fourth quarter propelled the Nebraska women to a 68-64 upset over No. 23 Michigan State on Sunday afternoon.

No. 15 Michigan stayed unbeaten by beating the Husker women.

Nebraska's Kate Cain was named Big Ten player of the week after helping the Huskers upset Ohio State over the weekend. She's the first Husker to get this honor in more than three years.

With an injury-depleted roster, Amy Williams has had to lean heavily on her three freshmen this season. And they're making the most of their opportunity.

Kendall Coley, a national top-50 recruit from Minneapolis, graduated early from high school and has joined the Nebraska women's basketball team. She'll be eligible to play the rest of the season. 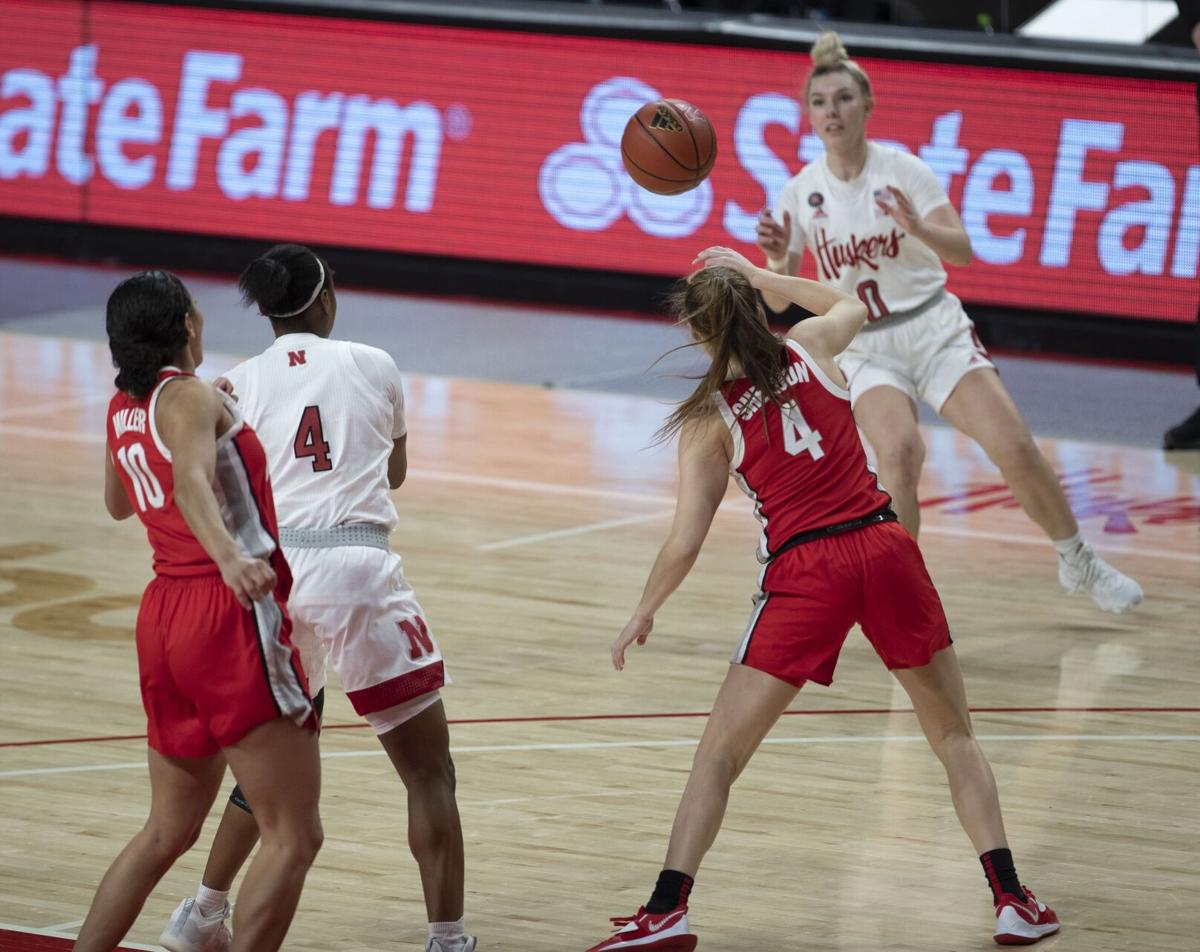 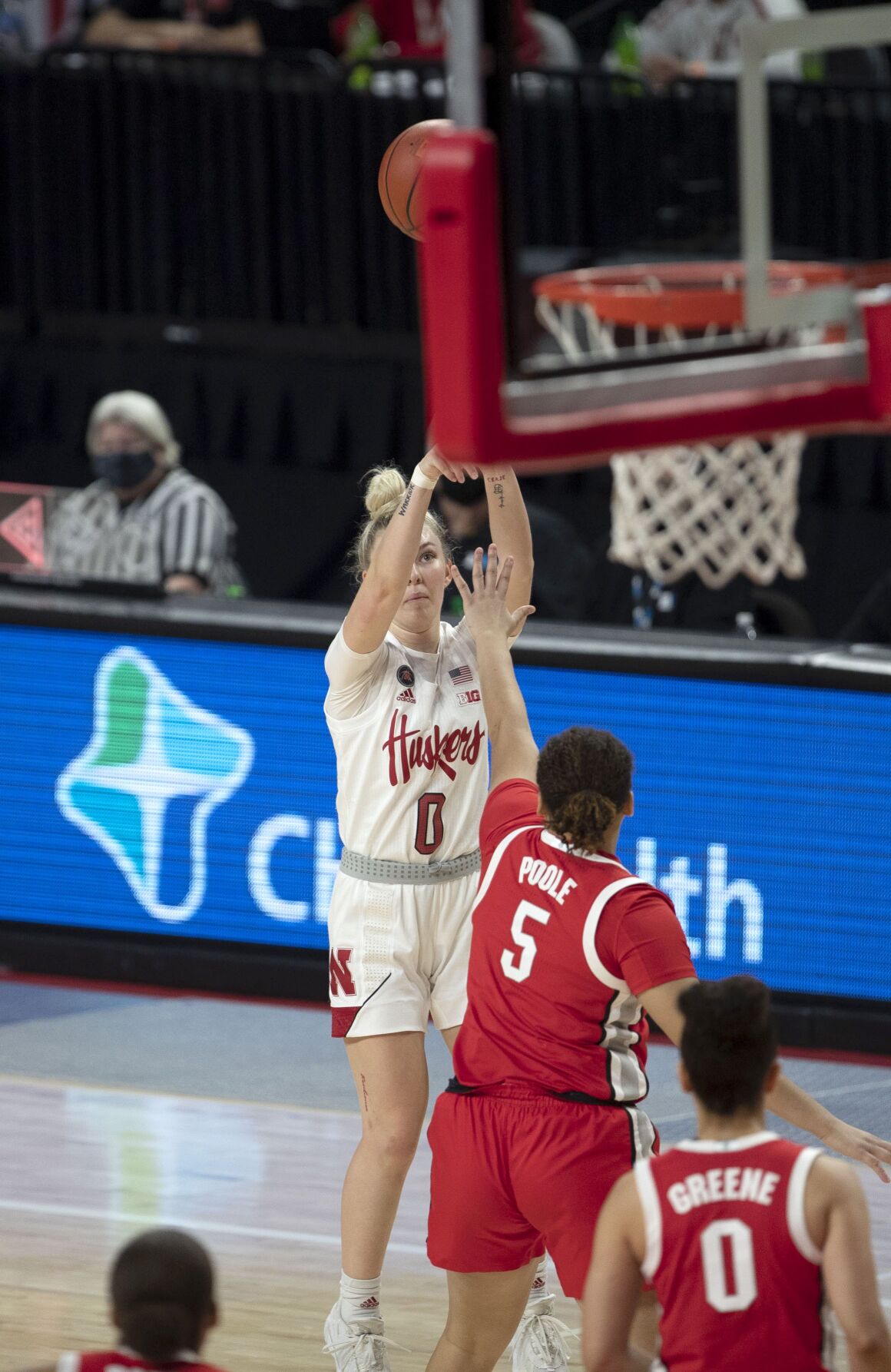