LINCOLN — Leave it to Nebraska guard Sam Haiby to spark a fourth-quarter scoring run and cut a 17-point deficit to four against Iowa.

Haiby ignited a 15-3 run with 4:05 remaining by draining two 3-pointers one minute apart. Guard Ashley Scoggin sank one of her own in between, and Nebraska cut Iowa’s lead from 78-63 to 78-74.

Coach Amy Williams said her team fighting back from a 17-point deficit showed its character.

Haiby scored a team-high 28 points, including 13 in the fourth quarter.

“Sam had a lot of responsibility, not just leading us in scoring but trying to guard Caitlin Clark,” Williams said. “I thought she did a lot of good things. It’s just a hard job to contain Caitlin Clark.”

When she wasn't scoring points, Clark was creating chances for her teammates.

“She’s crafty with the ball,” Haiby said. “I think that is the most difficult part. She’s got long range from 3, so just keeping her in front.”

Williams and her team knew that containing Clark was a steep challenge, but there were other Hawkeyes they struggled to defend. McKenna Warnock added 19 points and six rebounds.

Monika Czinano added 17 points and four rebounds for the Hawkeyes.

Second-quarter adjustments helped keep the Huskers in the game. Clark scored 13 points in the first quarter, including a long 3-pointer at the buzzer. She didn’t miss a shot, going 3 of 3 beyond the arc and 5 of 5 from the field. Nebraska held her to five points in the second quarter.

Iowa shot 78% in the first quarter but 29.4% in the second. The Hawkeyes went 1 of 6 from the 3-point line in the second period. They finished the game shooting 50.8% from the floor.

NU started the game with back-to-back 3s by Haiby and Issie Bourne. Scoggin drained a 3-pointer of her own with 5:45 to play in the quarter, but Nebraska didn’t hit another 3 the rest of the half.

NU’s next 3 came from Ruby Porter with 2:38 remaining in the third quarter. The Huskers shot 26.9% behind the arc for the game.

Despite shooting 29% from the field, the Huskers kept the game close in the first half. Bourne’s shot with five seconds left rimmed out, and Tomi Taiwo snagged the ball and drove it down the court for a buzzer-beating layup. Iowa headed into the locker room leading 41-35.

Bourne had 16 points and five rebounds. Forward Bella Cravens had 12 points and seven rebounds. After making a layup in the second quarter, Cravens landed awkwardly and limped off the court. She returned at the beginning to the third quarter.

Nebraska takes on Maryland on Sunday at Pinnacle Bank Arena.

Nebraska prepares for a challenge from Iowa's new set of stars

Nebraska may not have to contend with Megan Gustafson or Kathleen Doyle anymore. But the Hawkeyes have more stars ready to challenge the Huskers Thursday night in Lincoln.

Guard Sam Haiby had a team-high 20 points and forward Annika Stewart added 12 for NU, but the turnover-prone Huskers lost their second straight game.

The Nebraska women were shocked by Penn State after being unable to overcome a late fourth-quarter surge by the Nittany Lions.

Everything you need to know for Nebraska women's basketball at No. 24 Northwestern

Nebraska women's basketball can knock off another ranked opponent Wednesday when it faces Northwester on the road. Sam McKewon previews the matchup.

Kate Cain doesn't miss a shot as the Nebraska women upset No. 24 Northwestern

Nebraska rallied to upset No. 24 Northwestern behind an unstoppable Kate Cain. 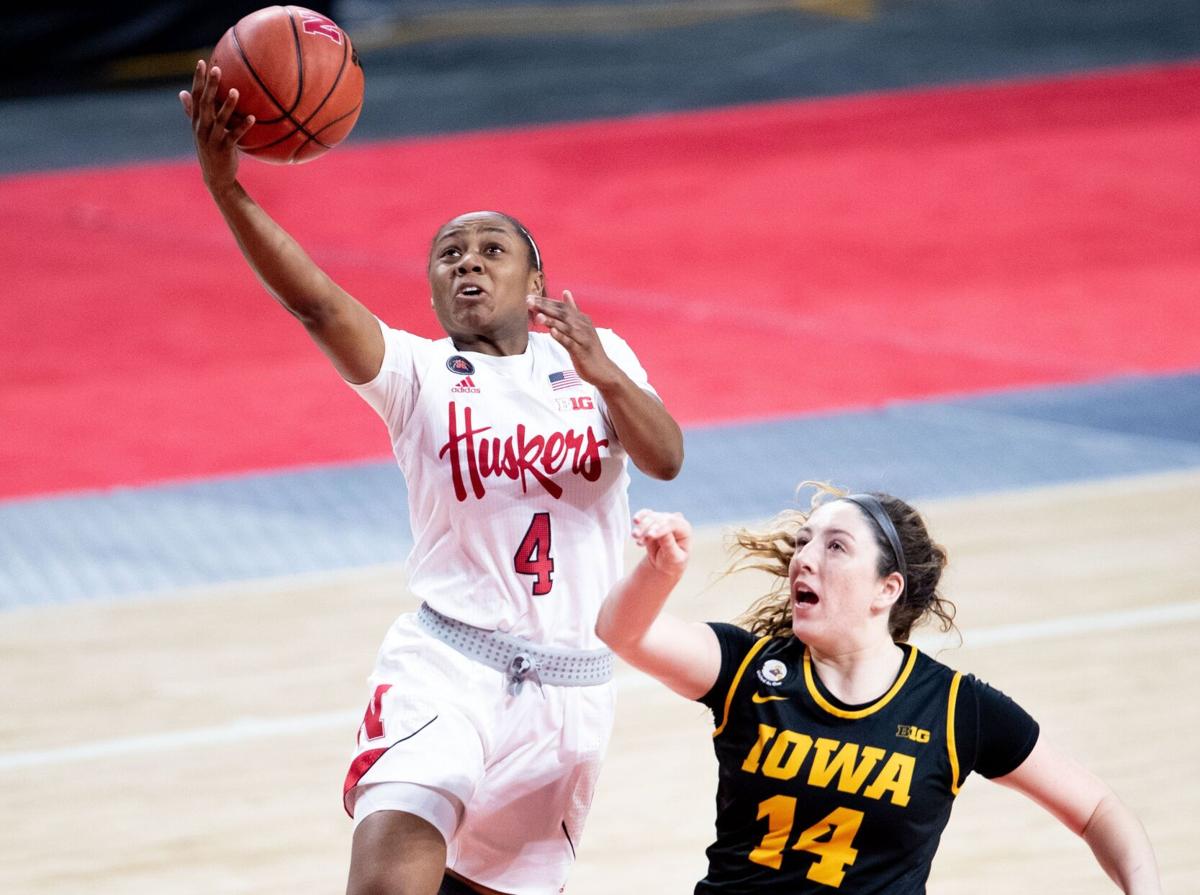 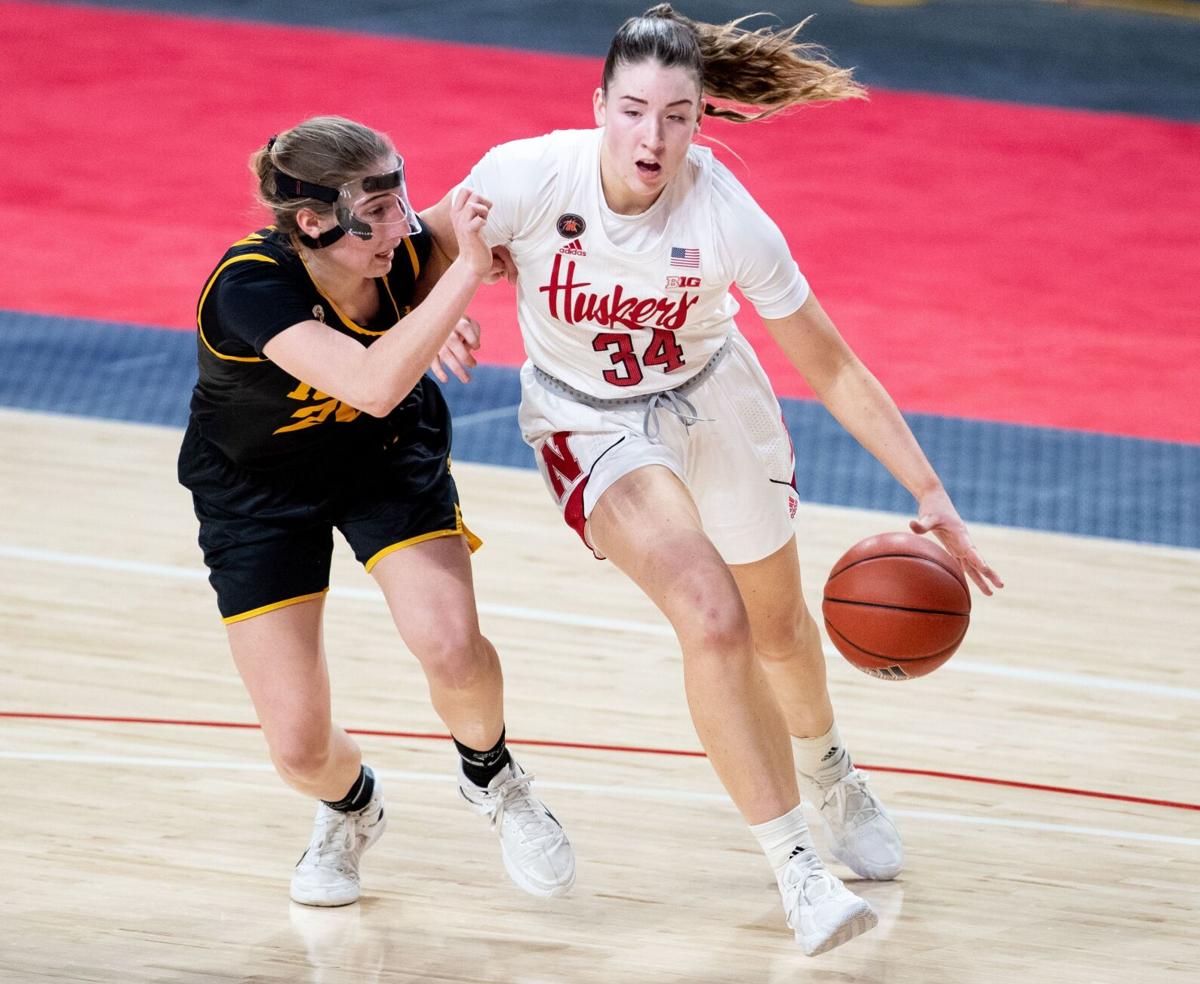 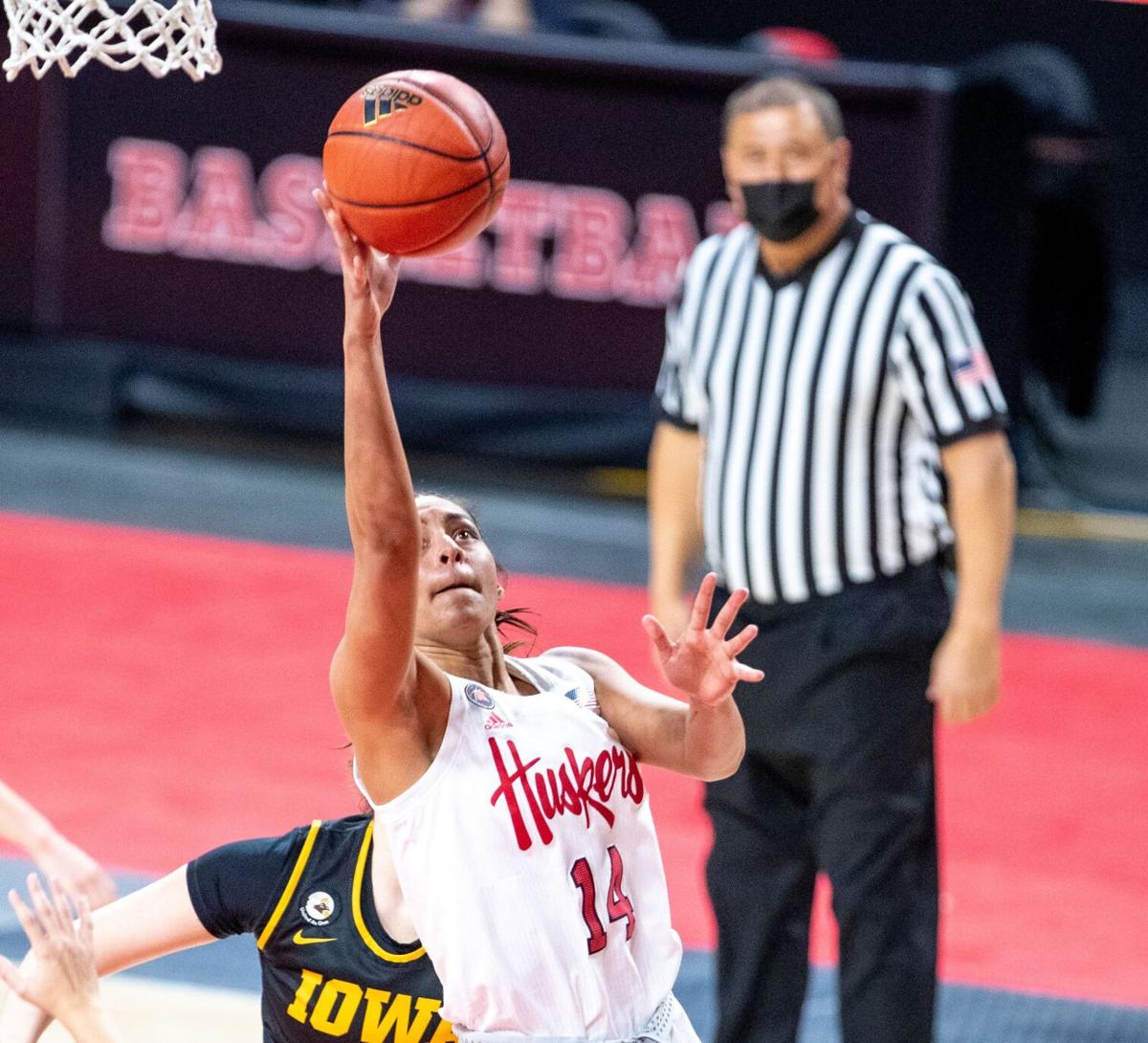 Nebraska's Bella Cravens shoots a basket. She scored 12 points during the Huskers' game against Iowa.