During the past 34 years, thousands of kids learned the fundamentals of basketball at the Thompson family camp.

But the coronavirus and a changing athletic scene probably have brought an end to that labor of hoops love.

The Thompson basketball camp for 8-year-olds and up won’t be held this summer for the first time since 1985. Brothers Dean and Tom Thompson started it all with 27 campers, but saw that number swell to almost 300.

“The whole COVID thing really changed things this year,” Tom Thompson said. “And with no camp this summer, I think we’re probably ready to put it to bed permanently.”

The Thompsons’ camp, which was not affiliated with a college or high school, has been one of the most enduring in Omaha. During its heyday, three buildings and five gymnasiums were needed to hold everything.

Dean, the career scoring leader at UNO, originated the camp idea. He enlisted the help of younger brother Tom, who was still playing for the Mavericks at the time.

With the help of former South Dakota standouts Jeff Nannen and Barry Glanzer, the first camp was held at Valley View Junior High. In keeping with the Thompson family concept, Dean’s wife made sandwiches for all of the campers.

The weeklong camp for boys and girls continued to grow over the years and moved to Omaha Burke before finding a home at Omaha Westside, the Thompsons’ alma mater. Standout players from Creighton, UNO and area high schools were brought on board to help.

“We used to have a bus running between the schools we were using," Tom Thompson said. “At the peak, we had 16 courts and the number of campers had grown into the 280s."

Tom said he remembers how much his daughter enjoyed the camp.

“She was crying on a Wednesday because she knew camp would be over in two more days," he said. “I think a lot of our campers were sorry to see the week come to an end."

Tom added that the camp tried to teach more than just basketball.

“We talked about being good citizens and having solid moral values," he said. “It was all part of growing up and we wanted to make sure we got those other points across."

The camps weren’t all about the youngsters. The Thompsons also got their young-at-heart dad involved. Dean Sr. — who will turn 85 next month — helped orchestrate lunches and made sure everything was running smoothly on all fronts.

But the number of campers declined in recent years as more kids turned to summer leagues. Tom said about 110 took part in last year’s camp.

“Area organizations have done a great job of appealing to families and their kids," he said. “There are a lot more summer teams and it’s kind of changed the dynamic with camps."

Tom said the last day of camp always featured a pizza party and a game between the campers and staff.

“The staff’s record was 34-0," he said. “All the other campers would line up all around the court and really get into it."

He added that COVID-19 concerns this spring had a major impact.

“Tournaments would be played in April and May and that’s when we’d get the word out about camp," Tom said. “But those games were all canceled and we weren’t sure if our own facilities would be available."

Thompson said if this is the end, the camp had a great run.

“We did something we loved for 34 years," he said. “I like to think about the positive impact we had on all of those campers, so we’ll always have those memories."

In the days before AAU basketball took over the summer, Nebraska fielded a summer tournament team that went head to head with teams from other states. "We rolled ’em.”

The day after the games, when the arena emptied and the adrenaline tapered away, the star of the greatest women’s basketball team in Husker history found herself pausing for a brief moment to consider the magnitude of the team's feats.

Still Spinnin': I got a lesson on Nebraska's basketball history from a classical music expert

I never expected to get a lesson on basketball in Nebraska from a classical music expert from New York, but that’s what happened.

Still Spinnin': In Omaha's episodes of racial tension, only once has basketball played a major role

Omaha’s history of racial tension and civil unrest has many episodes, but only once did basketball play a major role. This is the story of Omaha Central standout Dwaine Dillard and the 1968 boys state high school basketball tournament.

NSAA plans to hold fall seasons as scheduled, but with a cautious approach

The NSAA announced Monday that it's preparing to hold the fall high school sports seasons as scheduled, with first practices set to begin Aug. 10.

Fall teams can soon begin practice. It's a giant step toward having high school sports this fall. But it's the beginning, too, of being more vigilant, Tom Shatel writes.

Tom Kropp loves nothing more than a basketball competition, even when it’s against his college students. “Running Horse,” a game Kropp long ag… 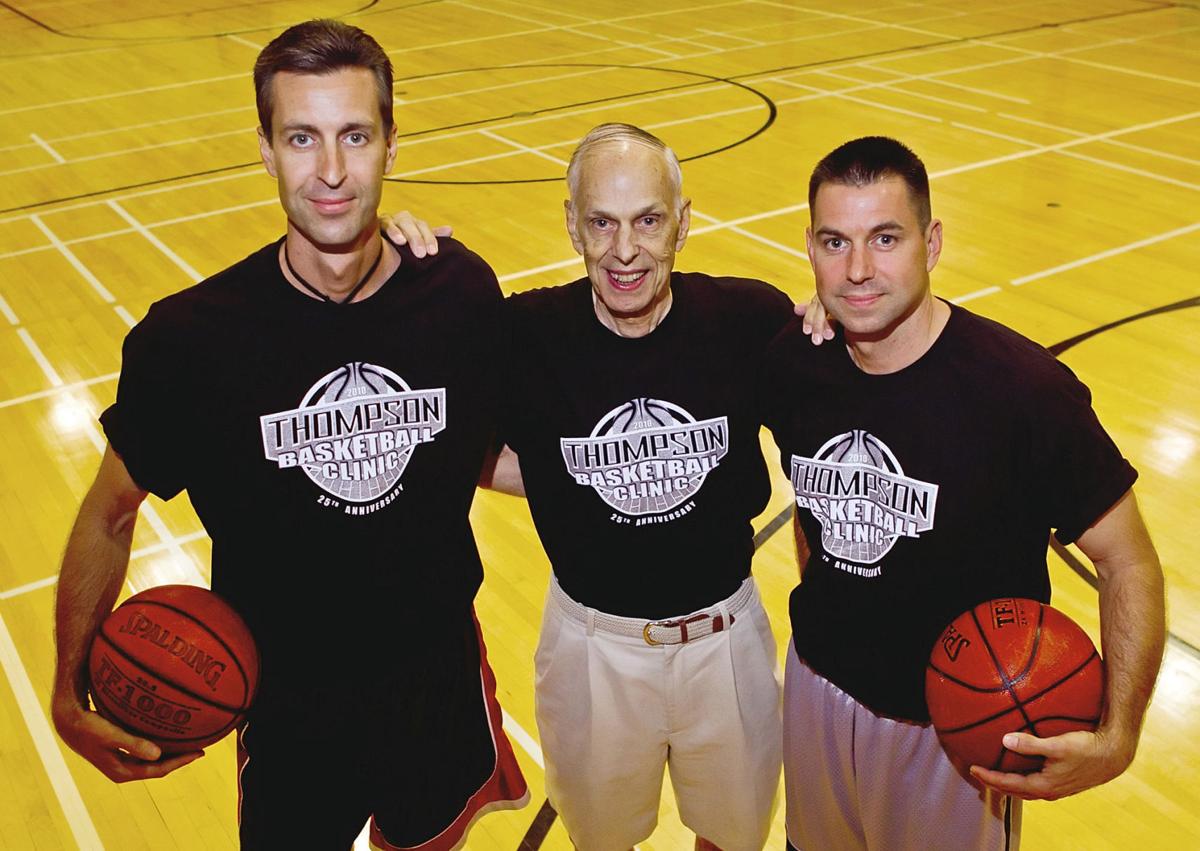 The Thompson family, from left, Tom, Dean Sr. and Dean Jr., in 2010 at their youth basketball camp. Due to the pandemic, their summer clinic didn’t take place for the first time since 1985 — and it might not return. 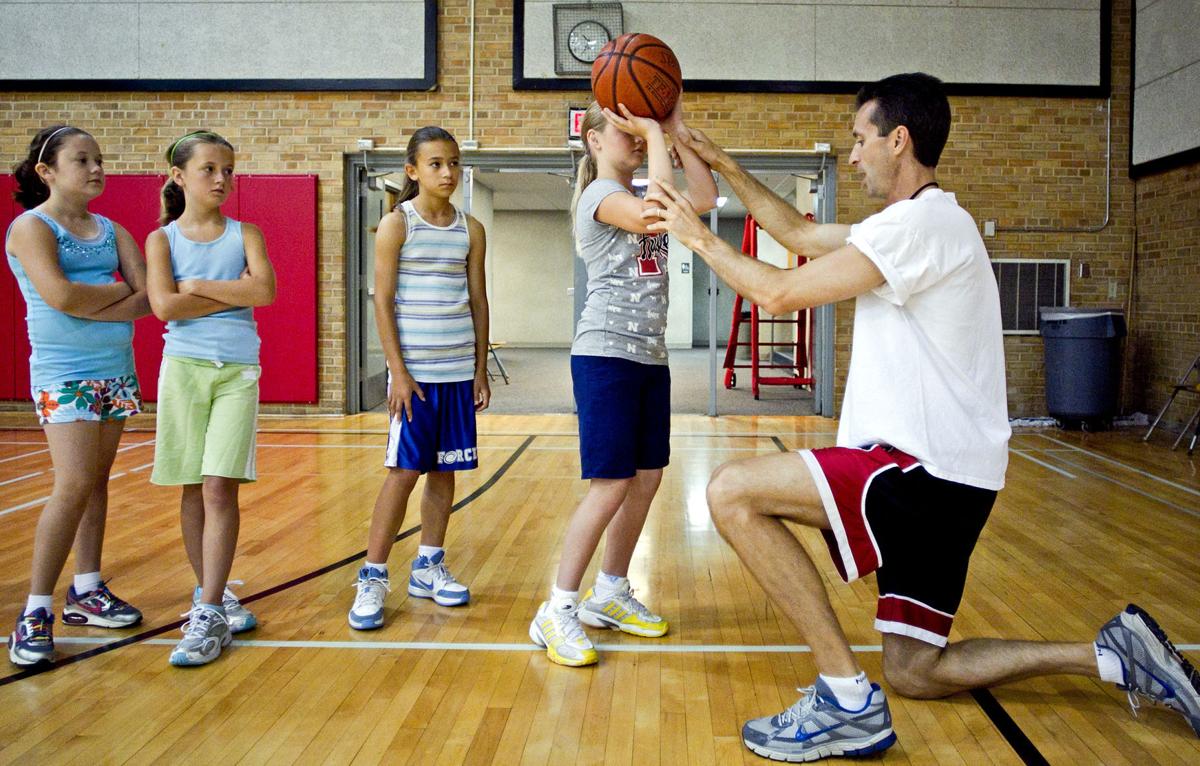