Omaha has no bigger baseball hero than St. Louis Cardinals great Bob Gibson, and fans of the game remembered him Sunday at his statue outside Werner Park.

Mementos and flowers were placed at Gibson's statue outside the home of the Triple-AAA Omaha Storm Chasers in Papillion.

Sarpy County Tourism Director Fred Uhe watched from his office inside the stadium complex as fans trickled by to take photos and pay their respects.

"Fans have begun to drop off items at the Bob Gibson statue outside of our office, and we expect much more over the next few days," he said.

Gibson died in his hometown from pancreatic cancer on Friday at age 84. He was a nine-time All-Star, two-time Cy Young Award winner, two-time World Series MVP, and five-time 20-game winner.

Uhe opened his office, just a few feet from the statue, on Sunday afternoon. He visited with fans, took photos of them posing with the statue and kept an eye on the tributes. He also made himself available to accept cards for the family.

"We realize what he meant to the community," he said.

Five bouquets of flowers, a candle, a photo of Gibson sitting at a table with friends and a Cardinals baseball cap had been left before noon. Uhe picked up a metal canister with 45, Gibson's uniform number, written on the outside.

The canister contained dirt, which Uhe thought could be from a baseball field.

"I don't want to open it," he said. "I'm sure it's special to someone. We'll gather up all these things and get them to Bob's family."

Uhe met Gibson on several occasions, including the groundbreaking ceremony for Werner Park and the unveiling of his statue. He chuckled as he told his own Gibson story.

"We were at the groundbreaking, and (Storm Chasers President) Alan Stein said something to George Brett like, 'Who knows? This could lead to a local boy dreaming he wants to be like George Brett and getting a hit here some day,' " Uhe recalled. "Bob leaned over and told George, 'Not if I'm pitching.' "

"He usually has a baseball with him and he points to (murals) on the (stadium) wall," Shirley said. "Today, he didn't want to leave the statue. He wanted to see the photo and things that are up there."

"I couldn't tell you all that he did, but we are from Omaha, so I do know that he was a great one," Shirley said. "You know that if you live in Omaha."

Funeral service arrangements will be announced at a later date.

For now, the family is remembering him privately, according to a statement by Heafey Hoffmann Dworak Cutler.

“At this time, per Bob’s wishes we are celebrating his life with immediate family only. We look forward to celebrating his exceptional life with all his friends in the near future — details to be announced later.”

Gibson is survived by his wife, Wendy; son, Christopher and Ray; and sisters Barbara Stevens and Beulah Craig. He was preceded in death by his parents, four brothers, daughter Annette and a grandson.

Memorials are suggested to “No Footprint Too Small” in Lincoln or to Boys and Girls Club of Omaha.

Bob Gibson was a private man. I respected that, writes Tom Shatel. But to his friends, the MLB legend was "a lot more soft-hearted than most people knew."

Bob Gibson, the native Omahan who starred in multiple sports at Creighton before becoming one of the most dominant pitchers in MLB history with the St. Louis Cardinals, has died. He was 84.

Shatel: To see Gale Sayers play football was like watching poetry in motion

In an era when football was nothing but physicality, Gale Sayers changed the game. Because to watch him run, Tom Shatel writes, was like watching poetry in motion. 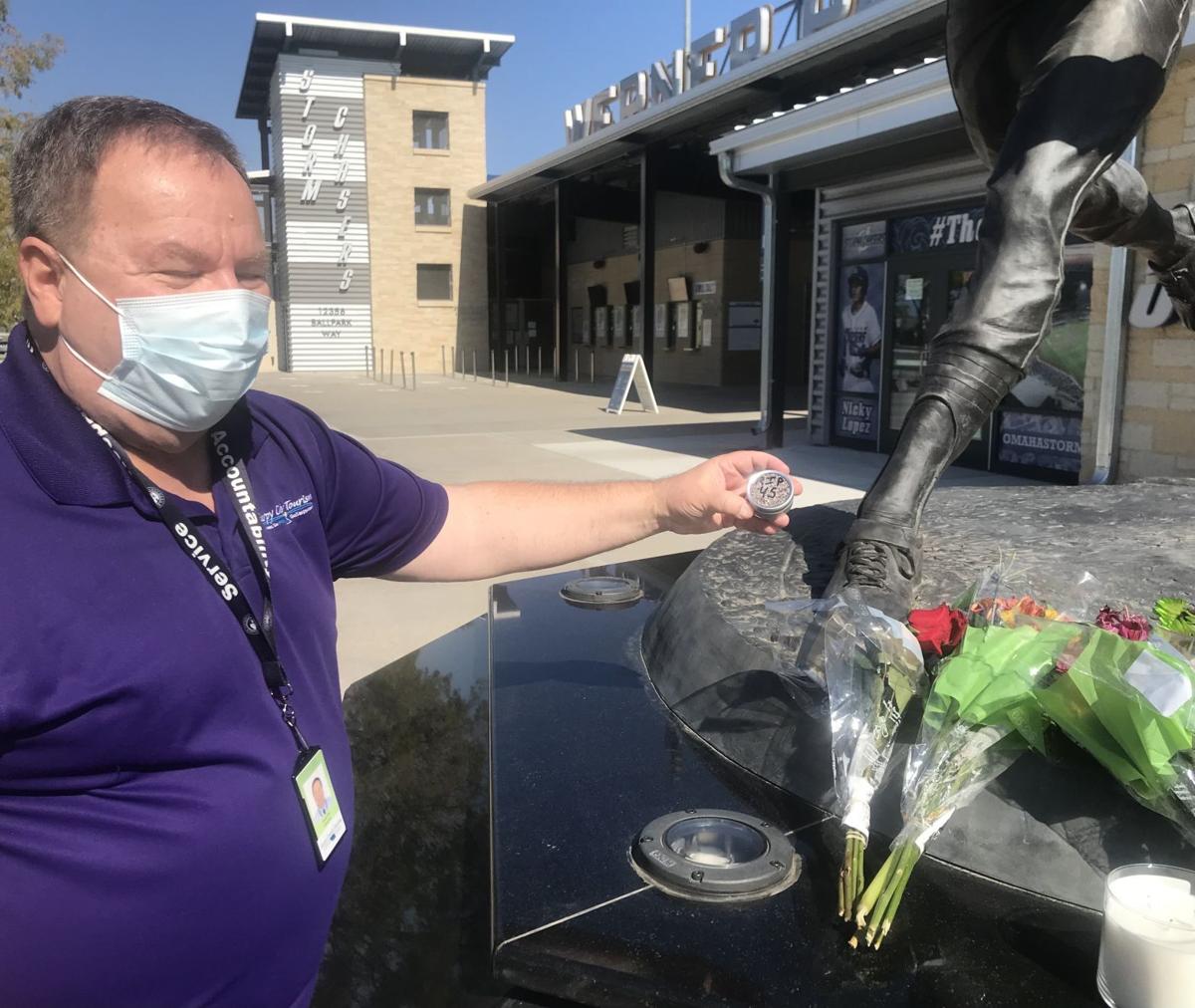 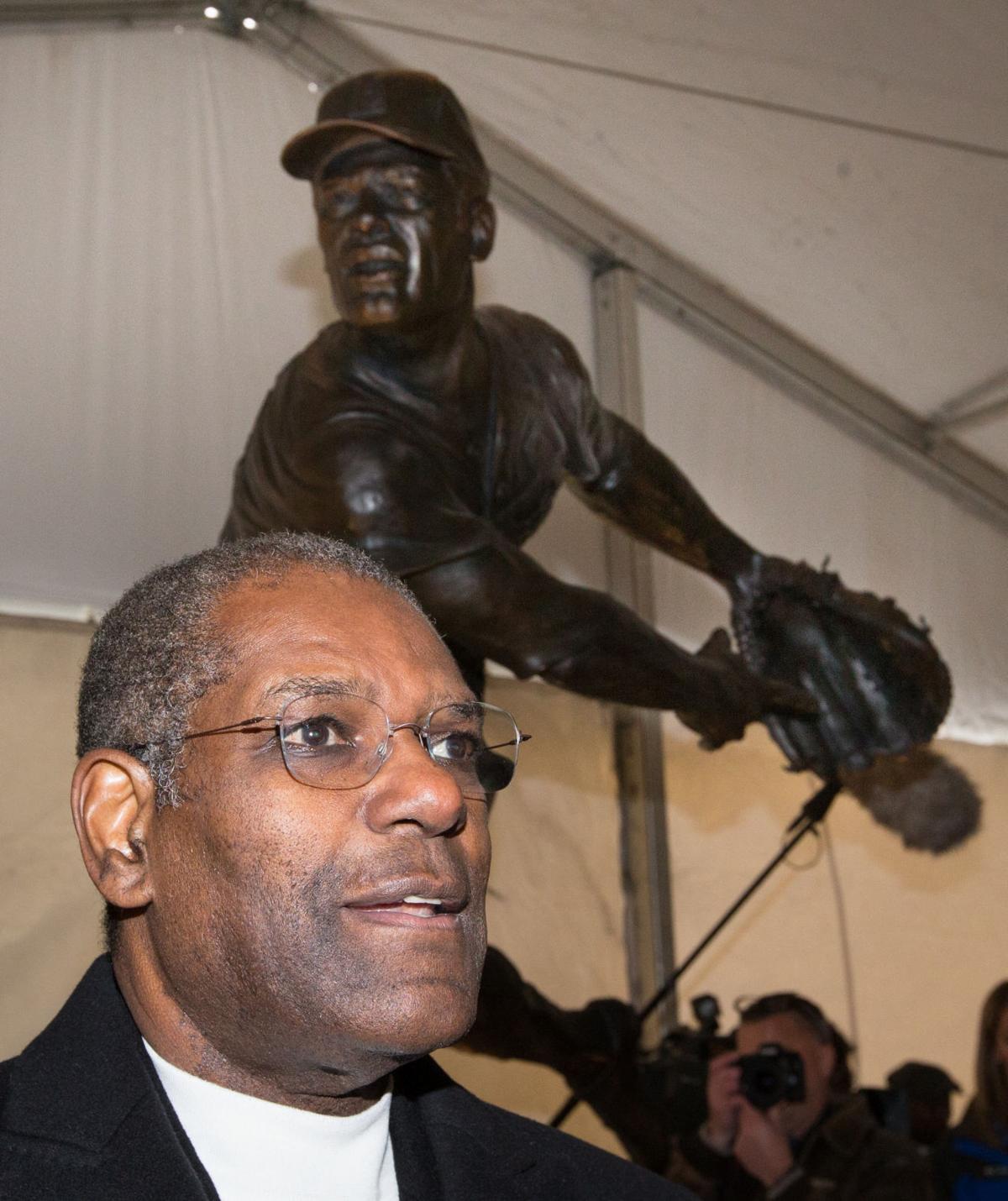 Bob Gibson with his statue at Werner Park in Papillion. The statue was erected in 2013.