Max Polk saw one of his basketball idols raising an arm while rolling to the rim.

So of course the recent Omaha Central graduate willingly tossed up the alley-oop.

Justin Patton was on the other end of that high-arcing pass — and the 7-footer who recently signed a free-agent deal with the Detroit Pistons guided home the reverse dunk with two hands.

It was one of many highlights on a memorable Thursday night at the Union Bank & Trust Sports Complex in Elkhorn, when a collection of Omaha’s best basketball players from the past decade assembled for an hourlong session of pickup hoops.

Pros and amateurs, grown men and teenagers, ex-teammates and current rivals — all sprinting, leaping and sweating as they battled for bragging rights and showcased their skills.

“I grew up watching all these guys, so it’s great playing against everybody, playing with them,” Polk said. “Like, I never thought I’d be playing with Justin. And I threw him that alley-oop — wow, it was crazy. Surreal. I’m a fan of all these dudes.”

Every sequence Thursday seemed to produce a similar degree of novelty.

That’s what happens when the court’s jammed full of about 20 local basketball headliners.

There was Millard North’s Hunter Sallis, a five-star prospect in the 2021 recruiting class, driving into the lane and dishing to an open Tre’Shawn Thurman, the former UNO and Nevada forward who played in the G League last year. Thurman buried the 3-pointer.

Khyri Thomas — the Omaha Benson grad who spent three seasons at Creighton before getting selected in the NBA draft’s second round in 2018 — was turning down open looks and making extra passes to guys like Cal State Fullerton-bound Latrell Wrightsell Jr., an All-Nebraska performer at Central as a senior last season.

Thomas later looked up the court on a fast break and found an open Kwat Abdelkarim, a rising senior at Lincoln North Star. Abdelkarim didn’t hesitate. He launched the 3-pointer and banged it in.

Patton screamed in frustration after his one-time Creighton teammate, Thomas, knocked down a winning 3-pointer. A few minutes later, Thurman hit a triple and stared Thomas down — those two guarded each other basically all night. Former Benson product Thik Bol, who played at Iowa Western and Southern Illinois, rattled the rim a half-dozen times with powerful dunks.

That’s why Patton wanted to get everybody together for a full-court workout to promote and celebrate the hoops talent in their hometown. They’d compete, and maybe help each other get better.

A fight did break out in the gym’s lobby Thursday. But that couldn’t detract from the purpose of the night in Patton’s eyes.

He planned to get the group together again Friday. Maybe Saturday, too.

He wants to take any opportunity to interact with the younger generation of hoopers.

During the games Thursday, the No. 16 overall pick in the 2017 NBA draft was going out of his way to stay vocal, sharing words of encouragement or passing along advice. Same for Thurman and Thomas.

There was a moment when Thurman, while jogging back down the court, started going over ball-screen coverage concepts with Josiah Allick, the North Star graduate who’s at UMKC now. Thomas was often directing traffic on offense and chatting with the young guards.

“It was good to be back, to get a couple runs in,” said Thomas, who’s in his second year in the NBA with the Pistons. “I just wanted to help them try to space the floor out, and maybe teach them a few pointers and see how they work.”

The experience certainly won’t be forgotten.

Especially for players like Polk, who announced in April he’s headed for a year of prep school in Connecticut. He had to muscle up Thursday and defend Thomas a few times on the perimeter. He linked up with Patton for a few buckets.

“It made me better, for sure,” Polk said. “I was learning from what they were doing. It was fun.”

Former Creighton teammates Justin Patton and Khyri Thomas are on the same NBA roster after Patton signed Friday with the Detroit Pistons.

Omaha’s Finest is a team organized by former Omaha Central and UNO guard Tra-Deon Hollins with some of some of the city’s best ball players.

Nebraska could produce two straight classes with a pair of Rivals top-150 prospects.

Sallis is now the No. 11 overall player in the country for the 2021 class and the No. 2 point guard.

Sam Scott can't take visits, but the Omaha North linebacker makes the most of his recruitment

The last few months have presented challenges for Sam Scott. But the Omaha North linebacker with multiple Division I scholarship offers is adjusting the best he can to make a decision on his college future.

Getting its start in the late 1960s, the Hastings College Basketball School quickly evolved into a can’t-miss summer event for junior high- and high school-aged kids across Nebraska.

Professional cornhole is no joke for Nebraska's top-rated player

A year ago, Jackie Sayasone hadn't really considered the game to be anything more than a tailgate party pastime. Now she's a champion bag-slinger.

Former Creighton teammates Justin Patton and Khyri Thomas are together again with the Detroit Pistons. That’s unreal — even for two friends who dreamed of their futures together.

All 90 players in Saturday’s Nebraska Shrine Bowl reported to the start of training camp having passed health protocols and temperature checks.

Recruiting attention is heating up for point guard Cam Binder, an Auburn 'legend'

After leading Auburn to back-to-back state titles, Cam Binder still has unfinished business on and off the court.

Let's check in on how the American Legion baseball season is going with news and notes on many of the area's top teams.

Millard South's TJ Urban committed to Air Force on Wednesday, and though other schools wanted him to play defense, the Falcons are giving him a chance at quarterback.

It wasn't quite live football, but it was close. And several future college stars were showing out at Wednesday's 7-on-7 scrimmage between Bellevue West and Lewis Central.

You may think it's too early for Hunter Sallis to get NBA hype. But it's real, Mike Sautter writes, and the Omaha basketball community is proud of the future stars it's producing.

Lucas Vogt is playing with some of the best basketball prospects in the state this summer. He hopes that exposure will soon lead to his first scholarship offer.

Big East goes conference-only for fall sports. No decision on basketball yet

The Big East has followed other major conferences with a conference-only schedule for fall sports, including Creighton volleyball and soccer. No decision has been made on basketball yet.

Creighton year in review: Season left a lot of 'what ifs,' but Jays focus more on journey

Before Creighton begins a new season, let's look back at the Jays' year in 2019-20, which saw teams with high expectations see their seasons end prematurely.

Creighton's in no rush to bring back athletes, but A.D. Bruce Rasmussen is still planning

Just because Creighton isn't rushing to bring back their athletes doesn’t mean A.D. Bruce Rasmussen intends to stop trying to craft possible blueprints for them to safely play sports this fall or winter.

A little time away added fuel to Brianna Rollerson’s desire to get back. “This might be the most excited I’ve been about playing in a long time,” said the former Omaha Central and Creighton center.

Creighton's Damien Jefferson and Denzel Mahoney aren't getting the traditional pre-draft experience. But they're learning all they can and weighing their options as the Aug. 3 deadline nears. 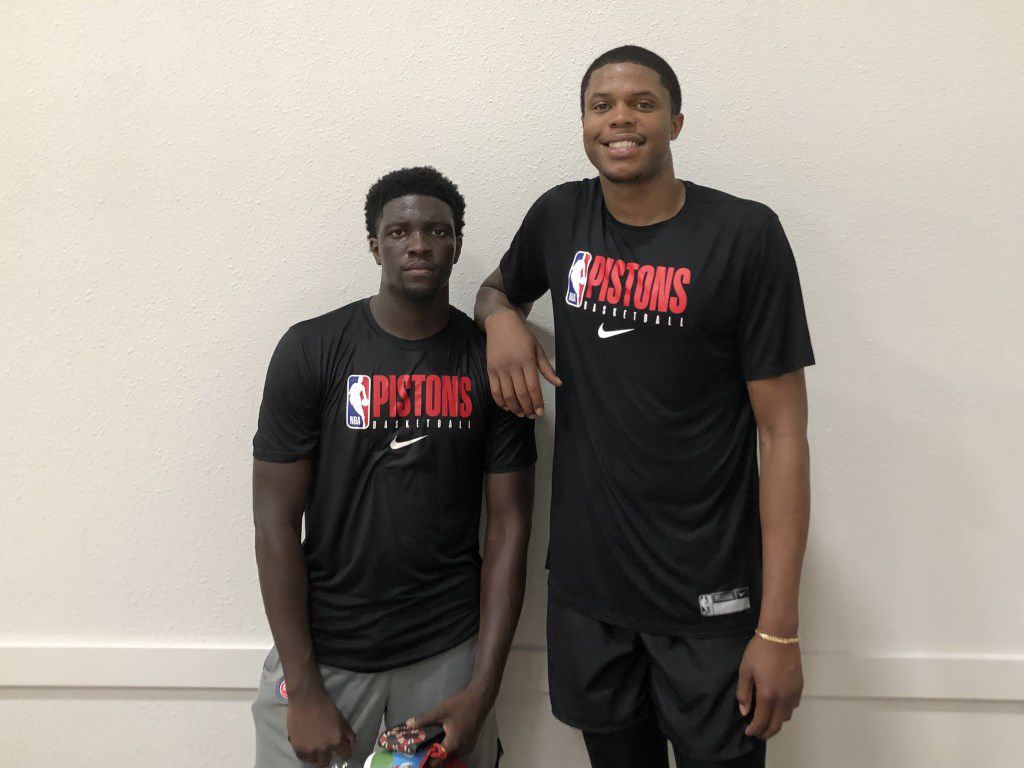 Khyri Thomas and Justin Patton — now teammates again in the NBA — were back in Omaha this weekend and organized a pick-up game for some of the city's best basketball players. 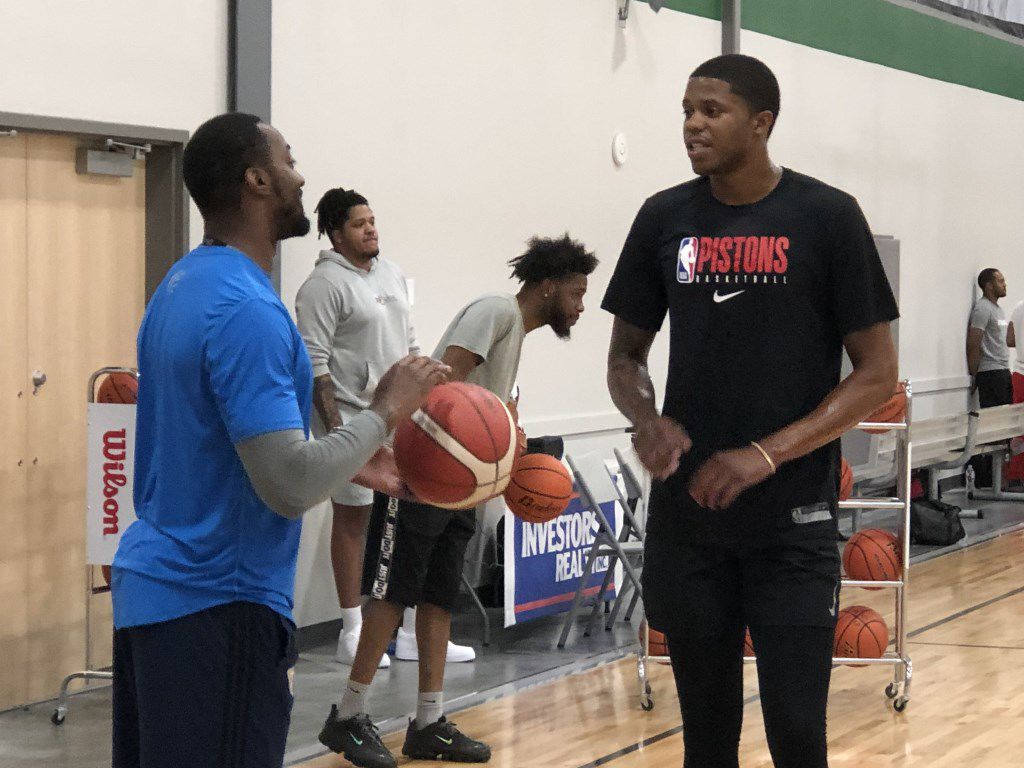